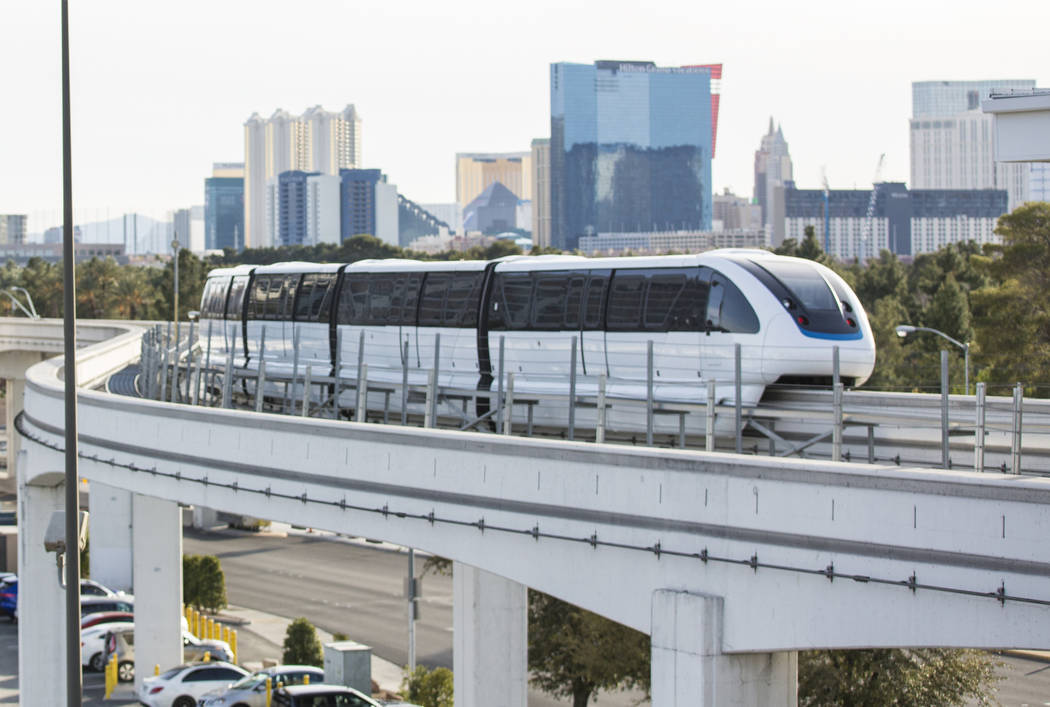 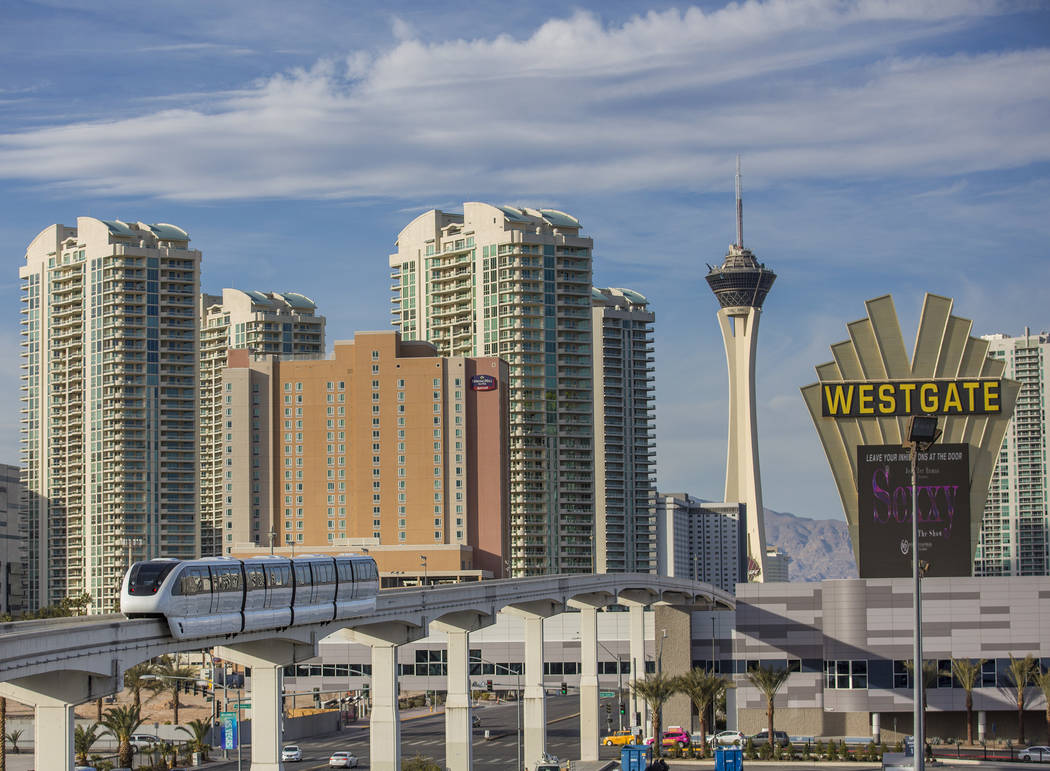 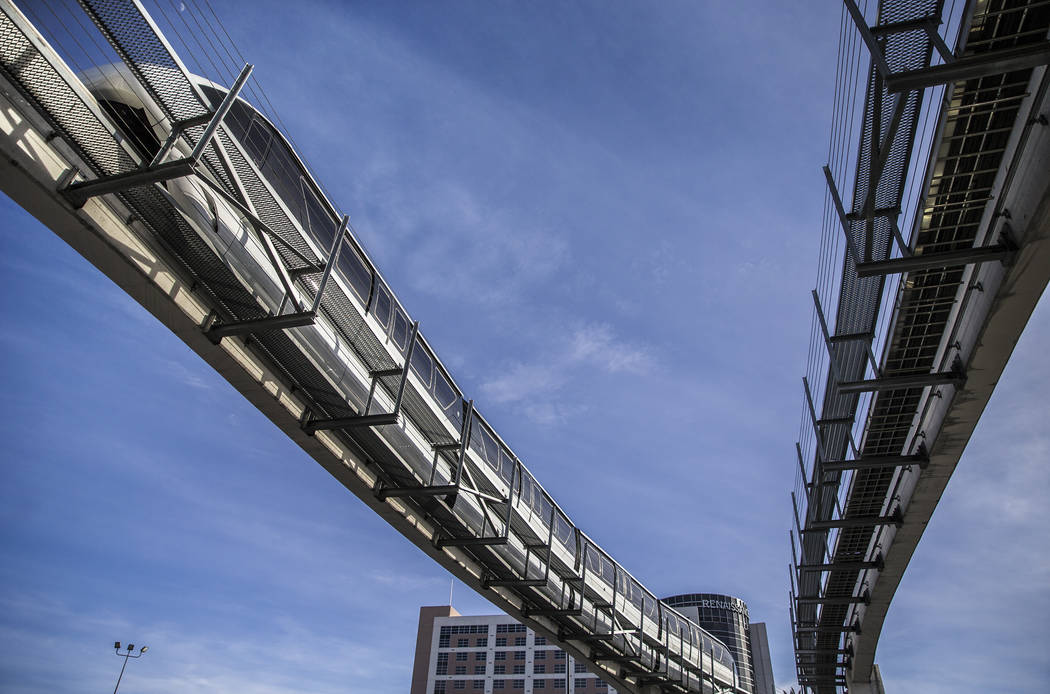 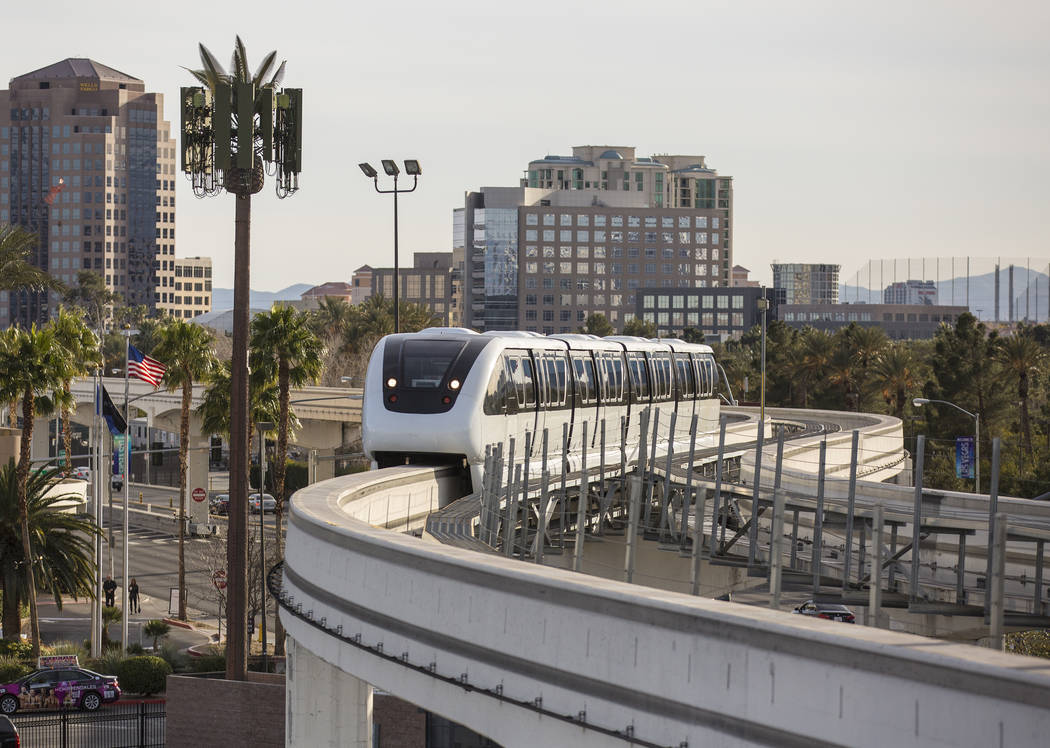 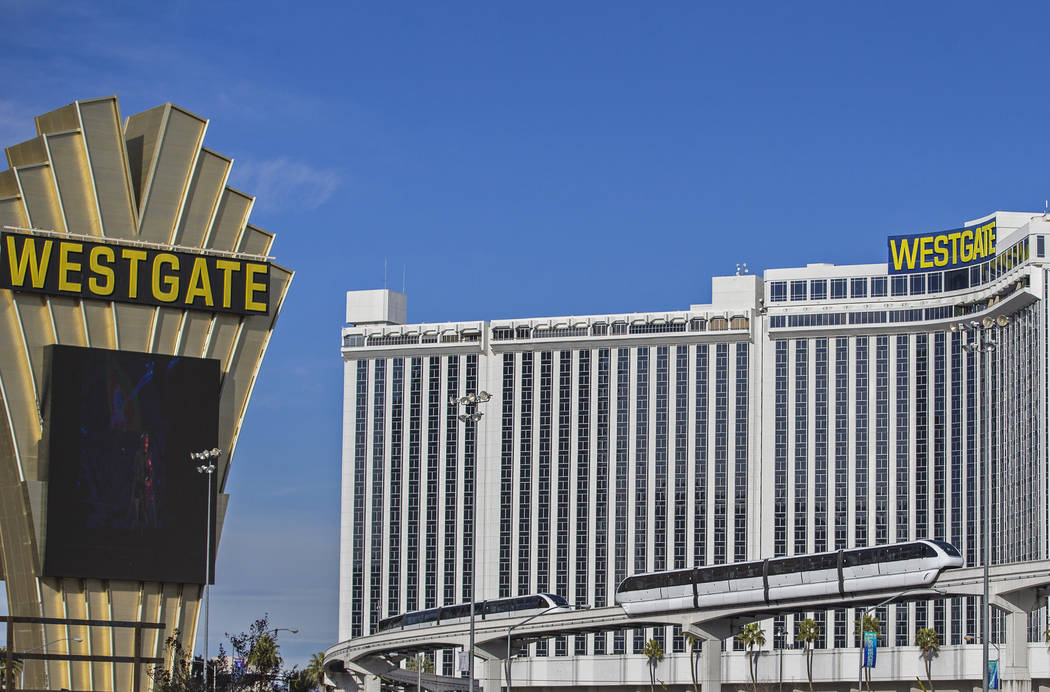 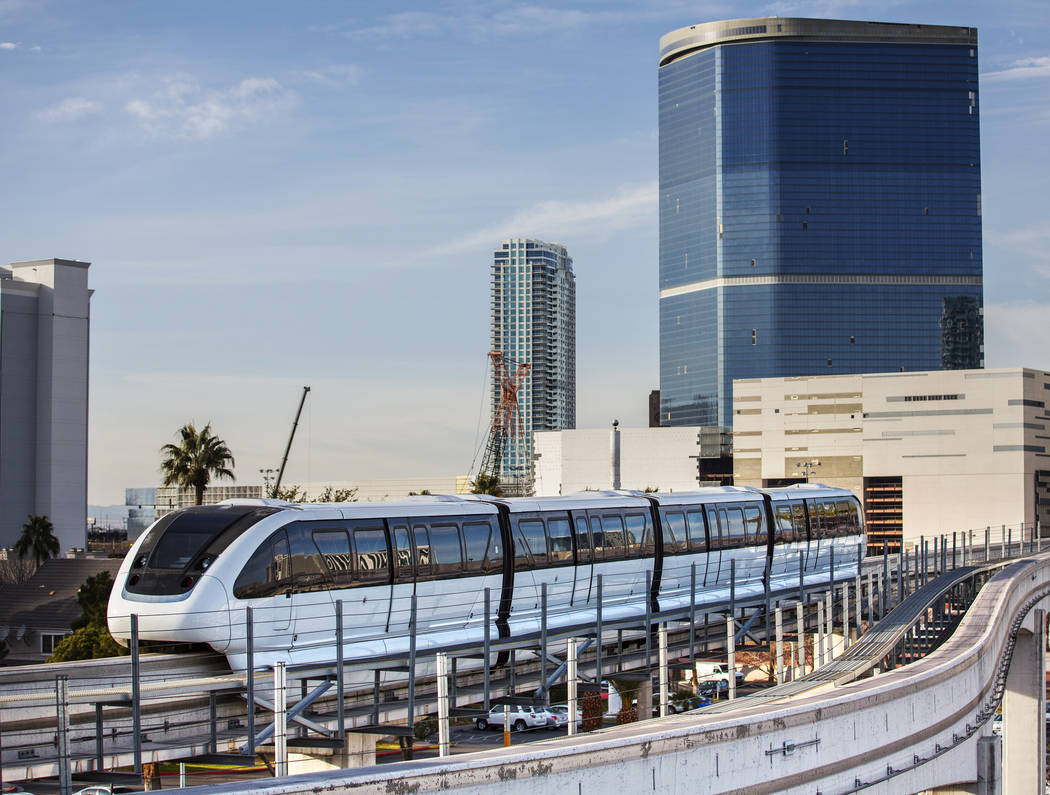 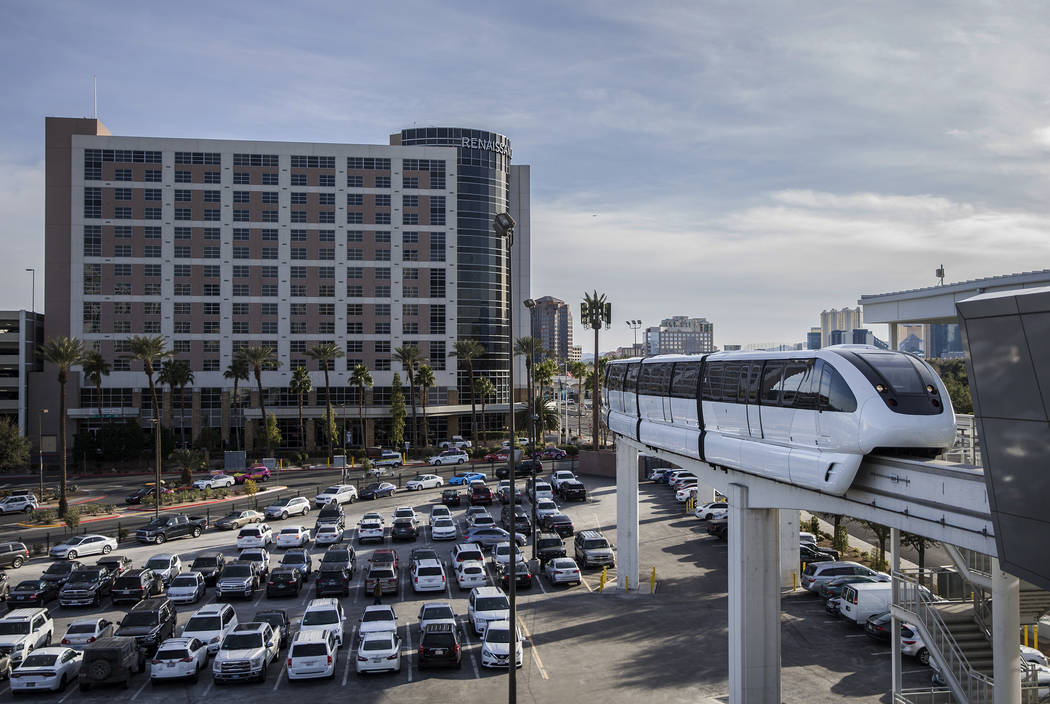 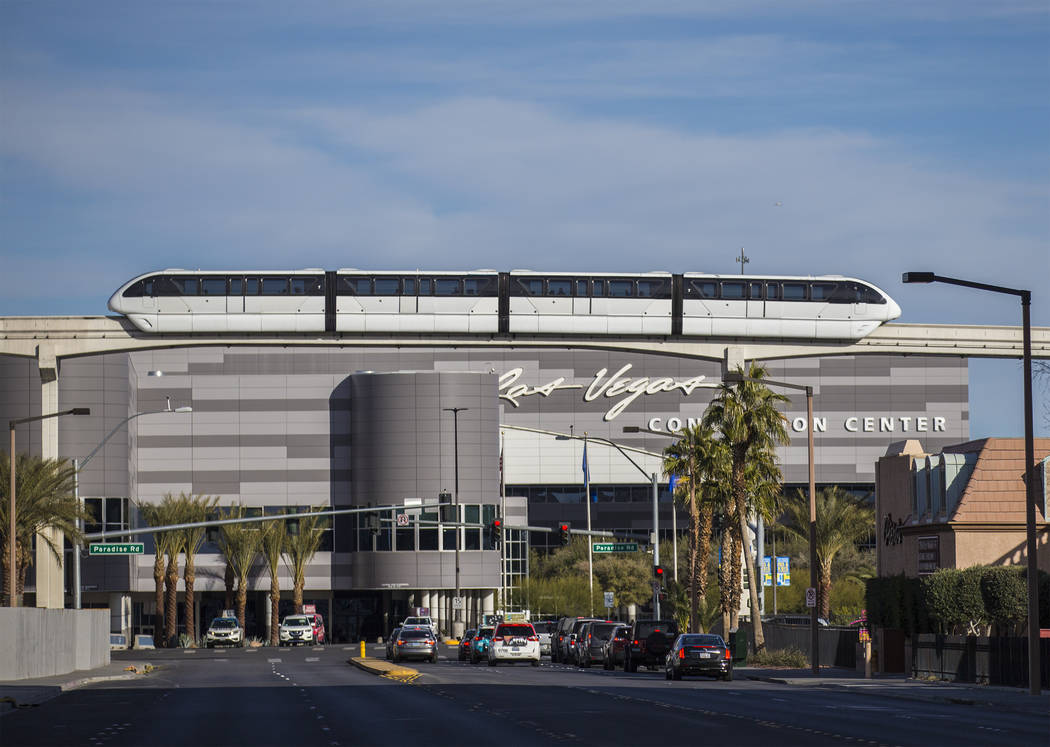 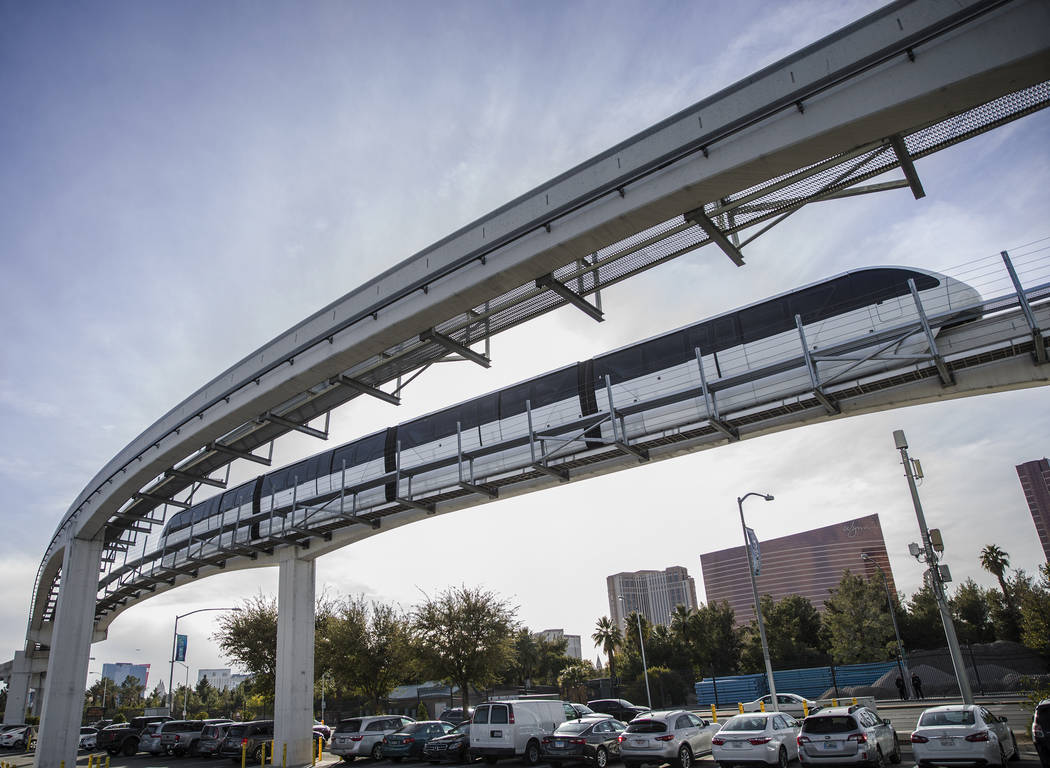 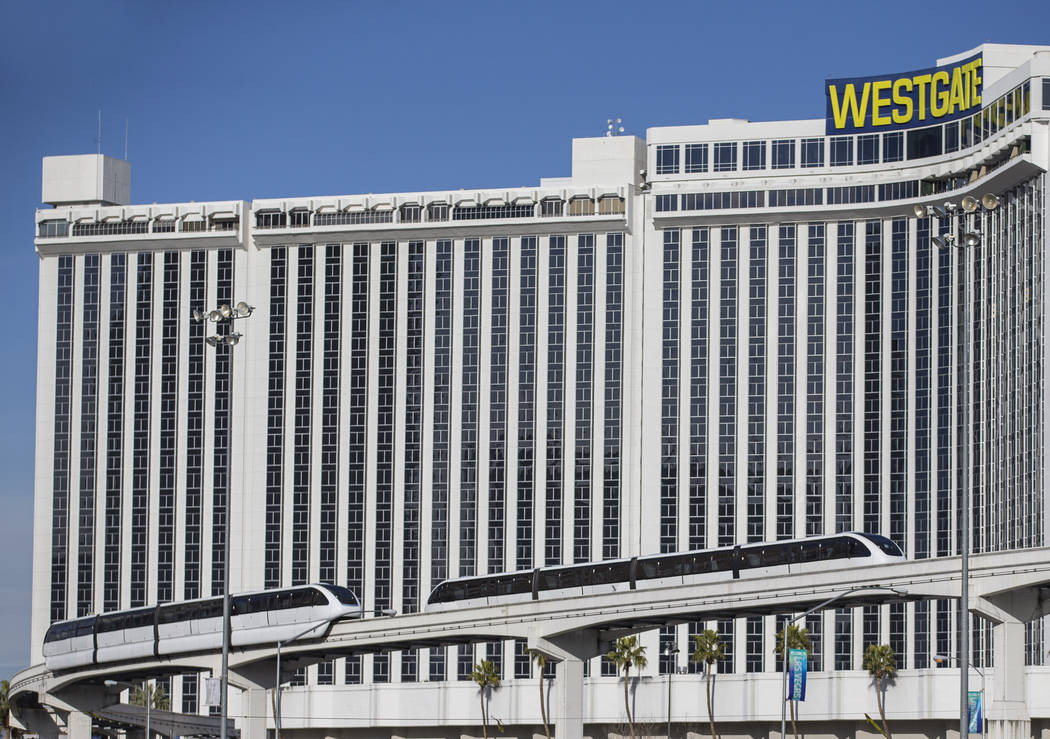 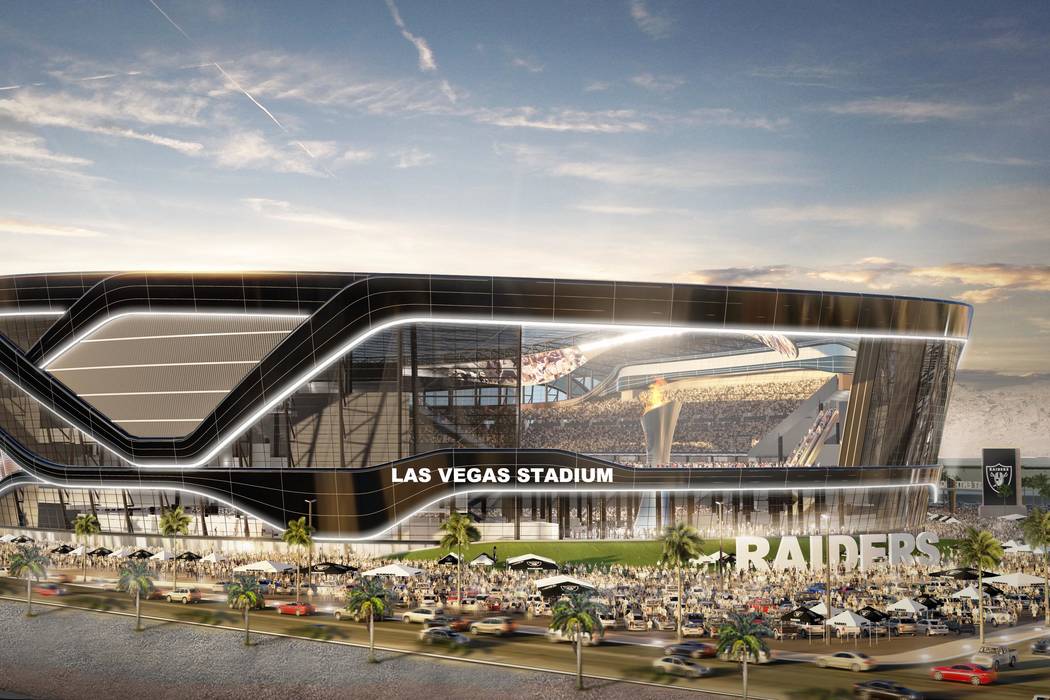 Chances are bleak that a planned extension of the Las Vegas Monorail — seen as a way to get tourists within easy walking distance of the Raiders’ new stadium — will be finished by the time the team begins play here in 2020.

Construction of the extension from MGM Grand to Mandalay Bay, located just across Interstate 15 from the stadium, is estimated to take 18 months. But the Las Vegas Monorail Co. has yet to break ground, making completion unlikely before the Raiders’ 2020 season opener.

Because the transportation plan for the stadium is still being developed, it’s too early to know what impact, if any, a delayed monorail extension will mean to the stadium project, according to analyst Jeremy Aguero, whose Applied Analysis firm serves as Las Vegas Stadium Authority staff.

According to construction permits Las Vegas Monorail Co. submitted to the county last year, the monorail extension project is valued at $23.6 million. The station would be located at Mandalay Bay’s Shoppes at Mandalay Place, according to the permits.

Those permits are still under review by the county, according to Dan Kulin, Clark County spokesman, and construction cannot start until they are approved.

With the addition of the Mandalay Bay station and a planned station at the MSG Sphere, the monorail system would be 5 miles long and link 42,000 hotel rooms, three event arenas and hundreds of gaming, dining, retail and entertainment venues, as well as three convention centers.

The MSG Sphere station is slated to be 11,119 square feet and take nine months to construct. Neither a timeline nor price tag has been given for the project.

Once the monorail extension is complete, a fair share of the 20,000 people the Raiders expect to walk to the stadium on event days would probably use the monorail to travel to the Mandalay Bay station and exit to make the walk on Hacienda Avenue to the stadium.

If the proposed Mandalay Bay station and extension is not complete by August 2020, the closest monorail station to the Las Vegas stadium would be MGM Grand.

The walk from MGM Grand down Las Vegas Boulevard and then Hacienda Avenue to the stadium would take approximately 26 minutes, according to Google Maps. The walk is reduced to just 10 minutes if it originates at Mandalay Bay. With average high temperatures in Las Vegas of 103 degrees in August and 96 degrees in September, the extra 16 minutes spent in the desert heat could be less than desirable for some fans.

MGM Resorts International declined to comment on the proposed monorail extension and station to be located at its Mandalay Bay property.

Financing has been the main issue holding back the proposed project, which has been talked about since 2015. The project received new life after the Raiders’ plans to relocate to Russell Road came about in 2016.

Las Vegas Monorail Co. has paid back $216,671 of a $2.1 million loan taken from interest earned by an escrow account created for the extension project, which was used for related design and engineering costs.

“The funds for the loan came from the interest earnings on a $6 million escrow account that was funded by the Monorail Co.,” Kulin said.

In 2017, county commissioners voted to set aside $4.5 million annually that the Monorail Co. could request to borrow from, with the money derived from excess resort corridor room tax revenues. The company has yet to request to borrow any of those funds, Kulin said.

Funding for the project still has yet to be secured by Monorail Co., which has been trying to secure $110 million in bonds to go toward its expansion projects.

Company representative Ingrid Reisman declined to comment on whether the company had secured those bonds or any specifics related to funding.

The Review-Journal is owned by the family of Las Vegas Sands Corp. Chairman and CEO Sheldon Adelson. The MSG Sphere is a partnership between Las Vegas Sands and Madison Square Garden.