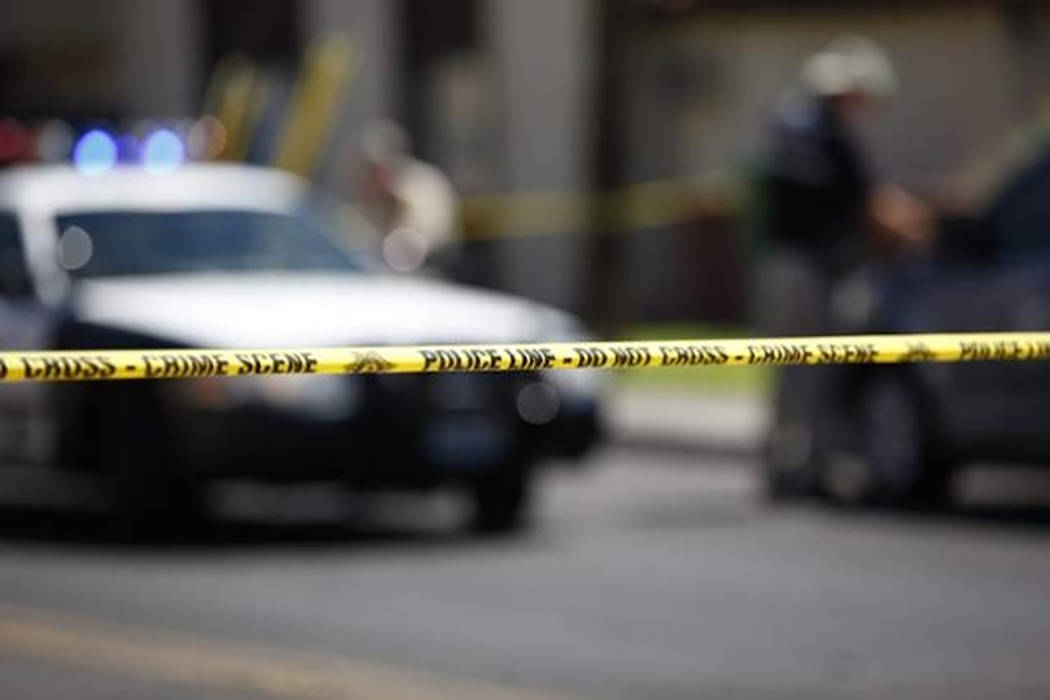 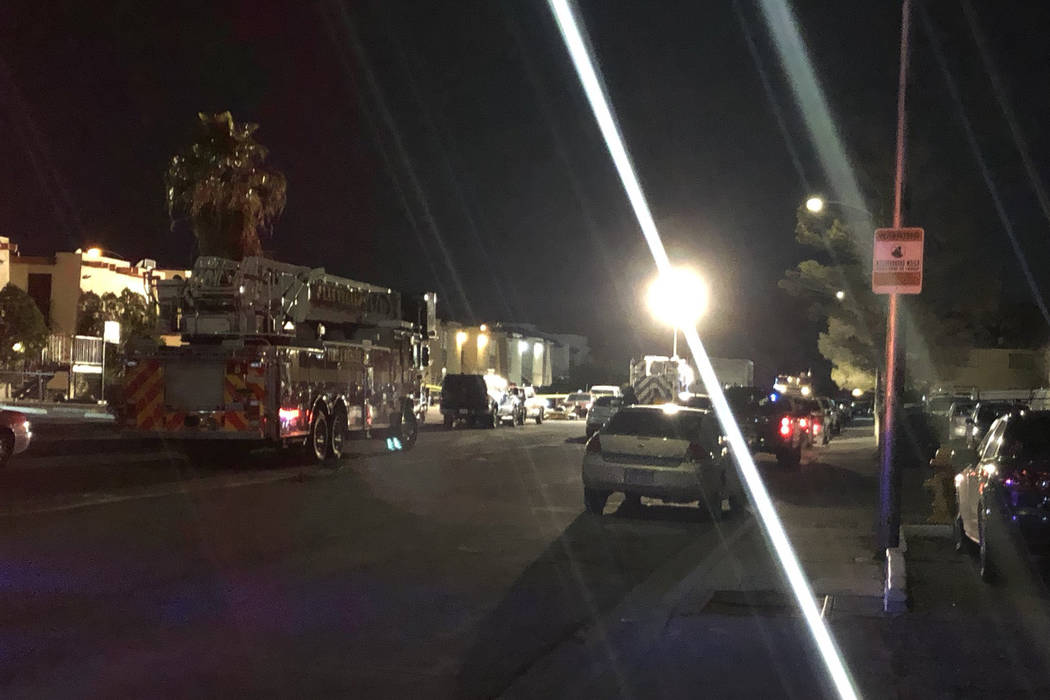 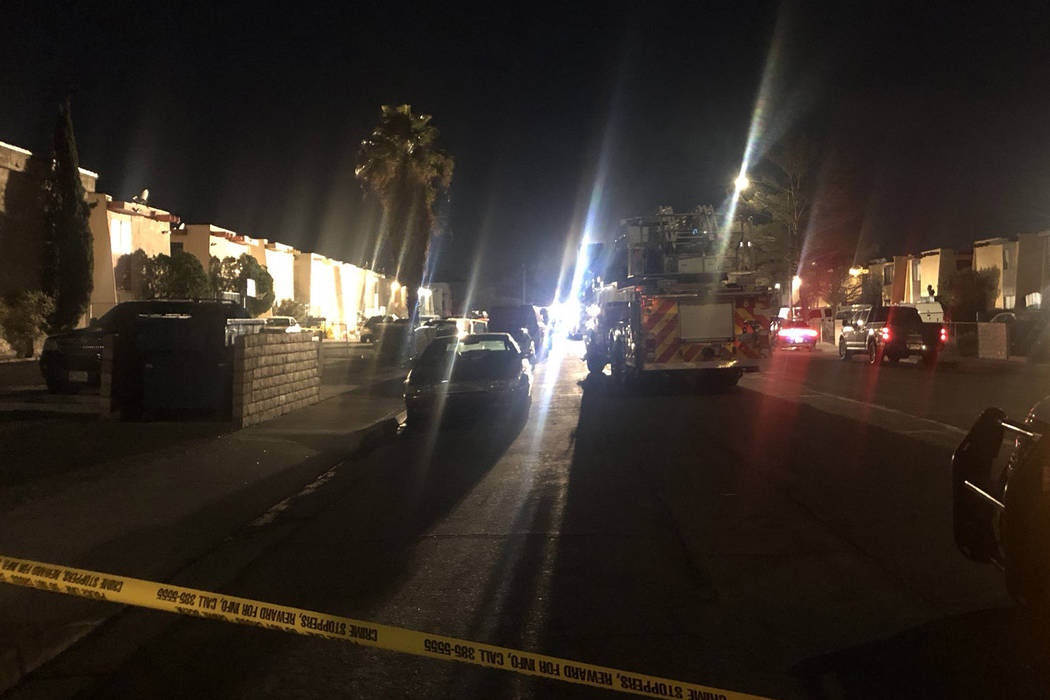 Las Vegas police are investigating Tuesday whether there is a hazardous substance at an apartment complex where a person died on Monday.

Metropolitan Police Department officers first responded Monday to a fourplex on the 5300 block of Retablo Avenue, near Flamingo Road and Decatur Boulevard, on a report of a death, possibly a suicide, police said. The coroner’s office determined the person may have been exposed to a hazardous material, prompting a “secondary response” by Metro’s bomb and hazardous material unit to examine the apartment, police said.

“While we have the residence in question contained we do not believe anyone in the surrounding area was exposed to anything hazardous,” police said Tuesday.

Police closed the area of Flamingo, Decatur and Lindell Road, and Metro also told nearby residents at the complex to shelter in their homes.

Police had still blocked off streets in the area about 11 p.m. Tuesday night.

Further information was not available.