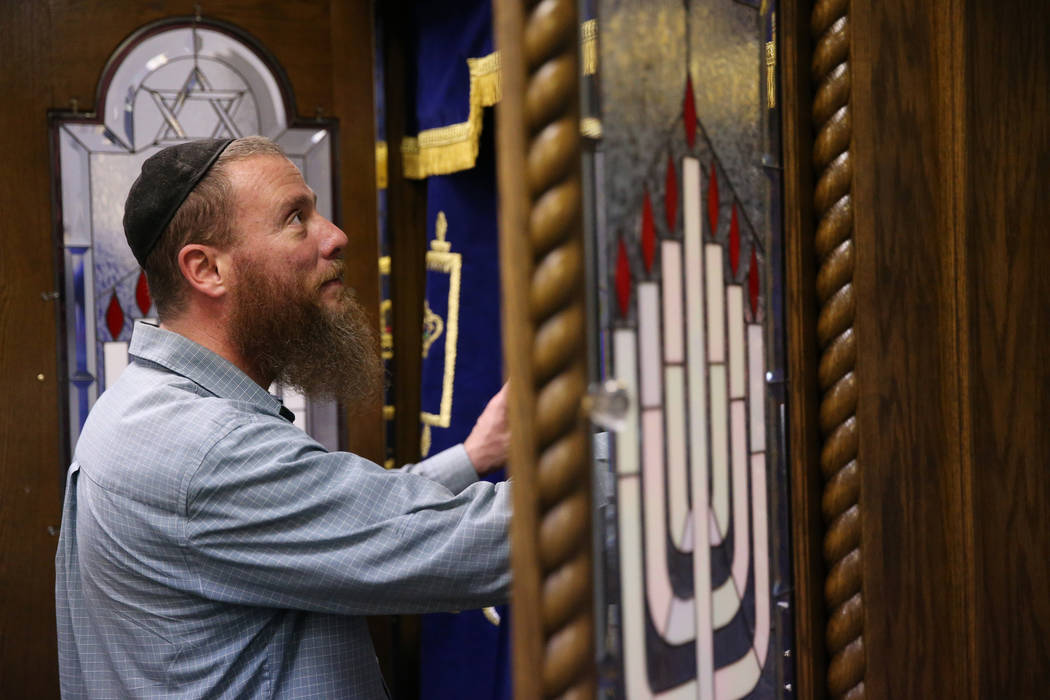 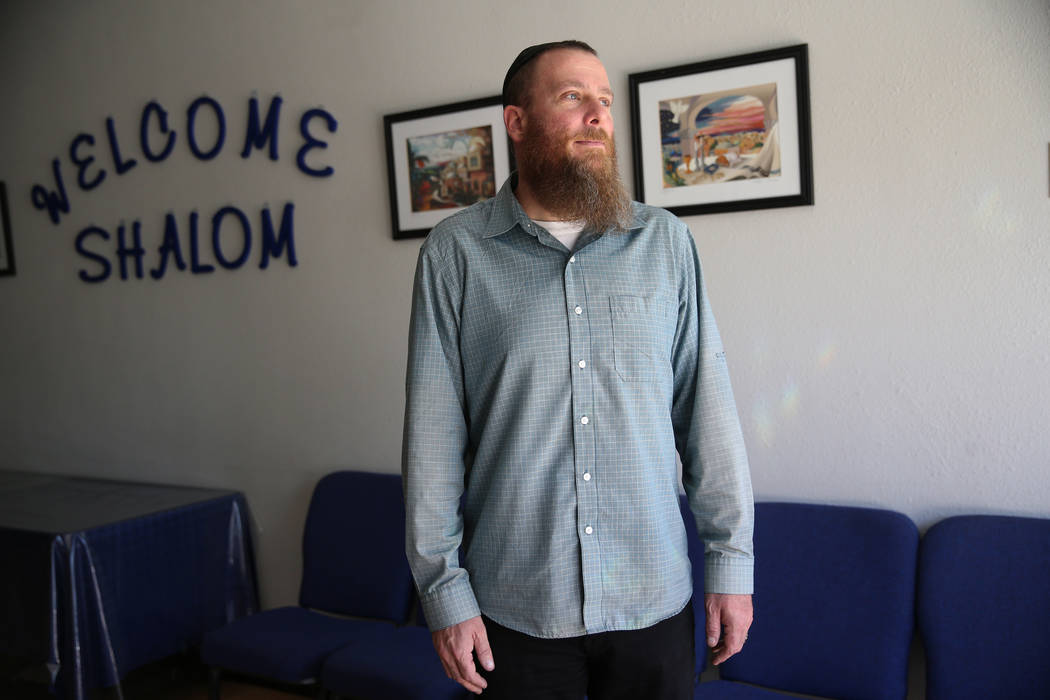 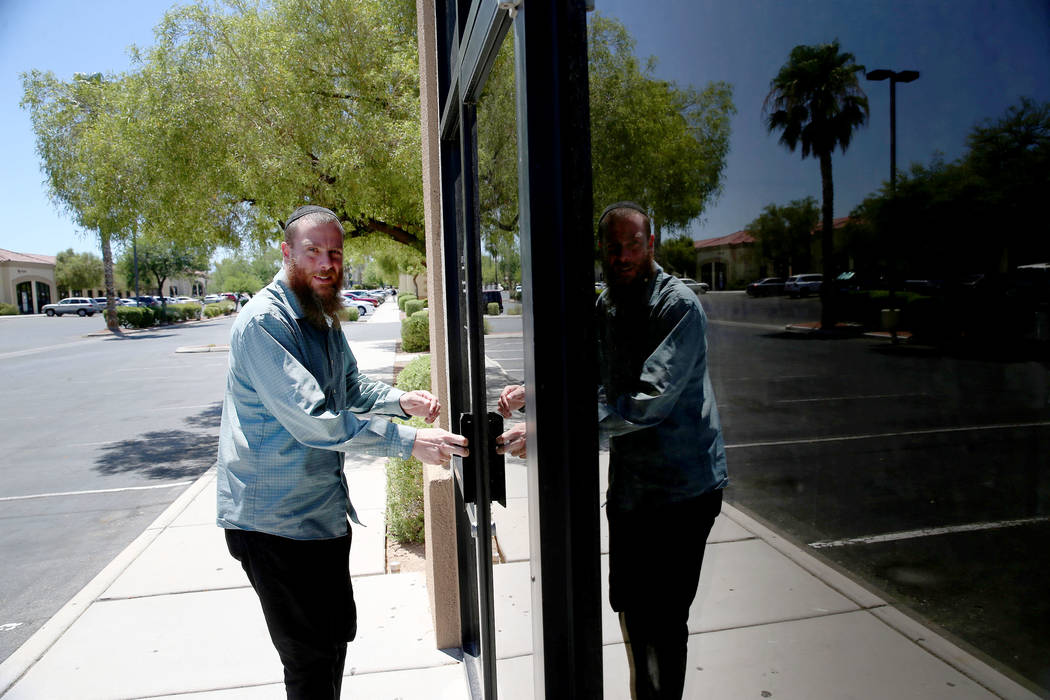 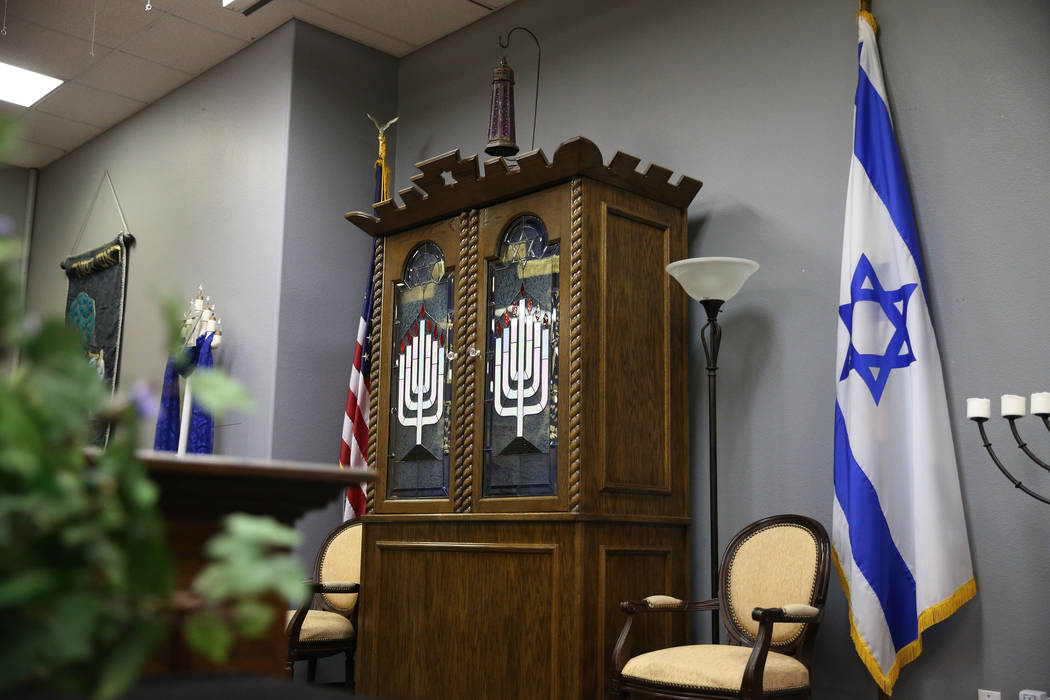 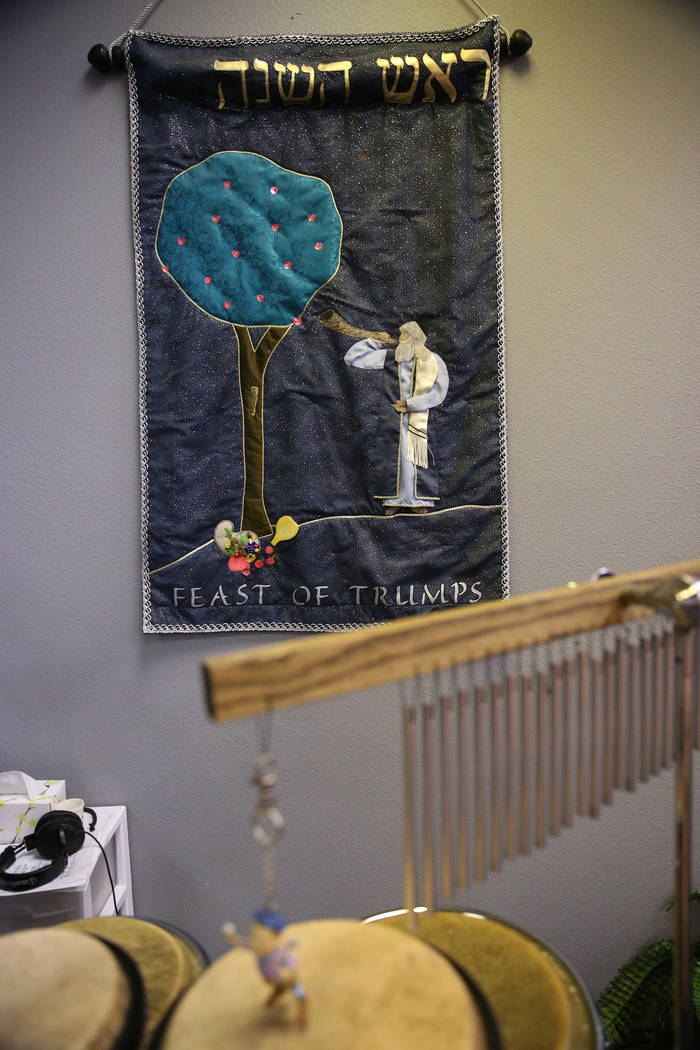 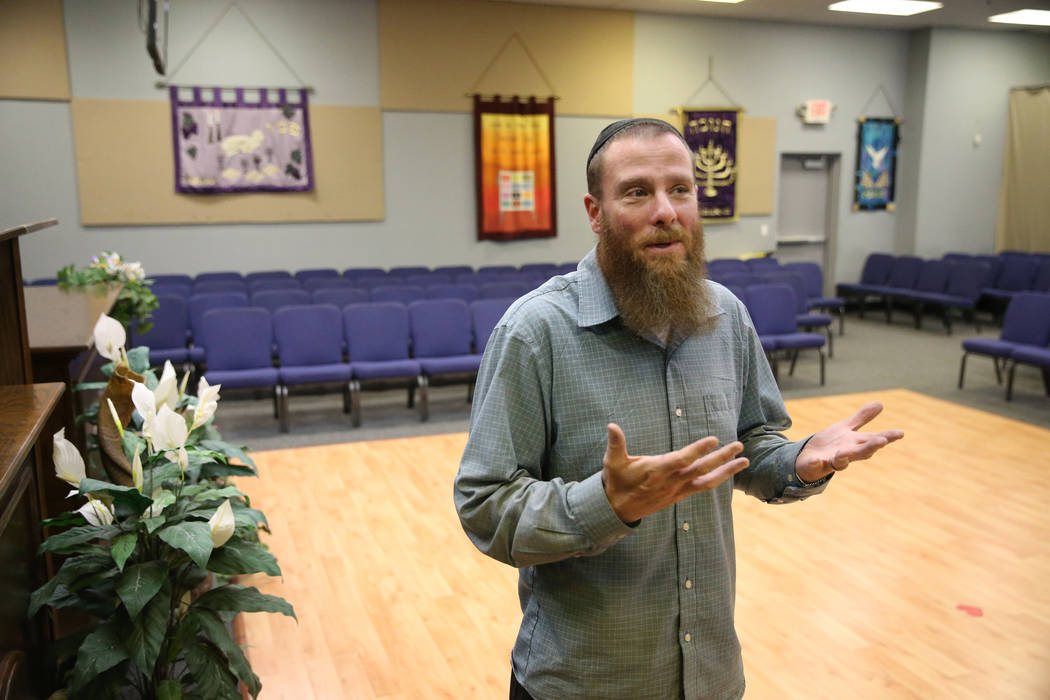 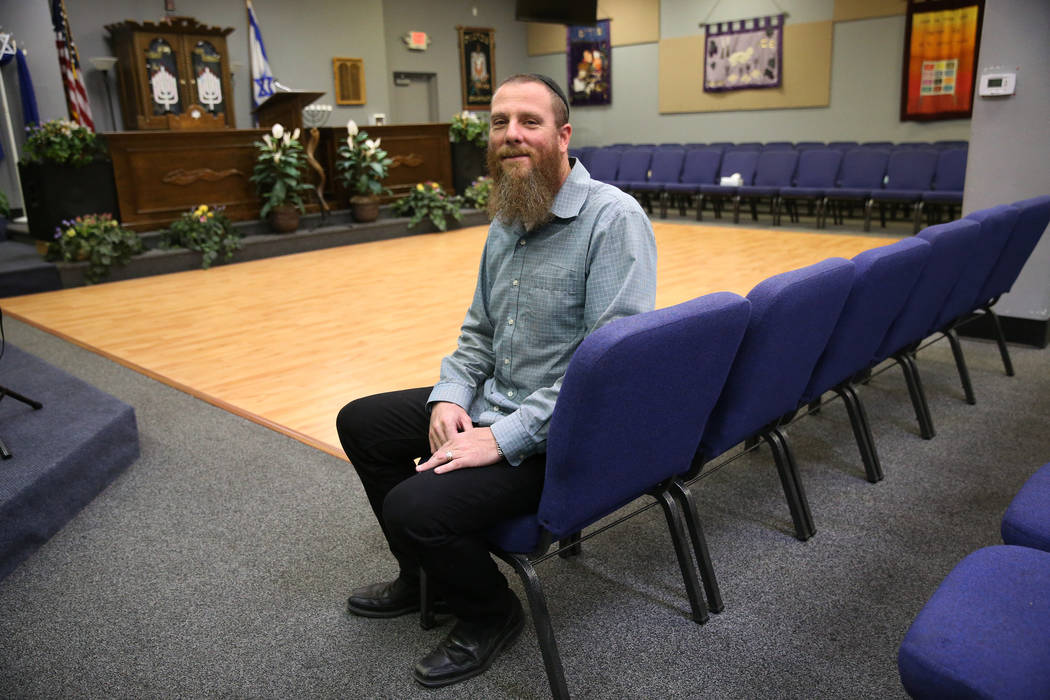 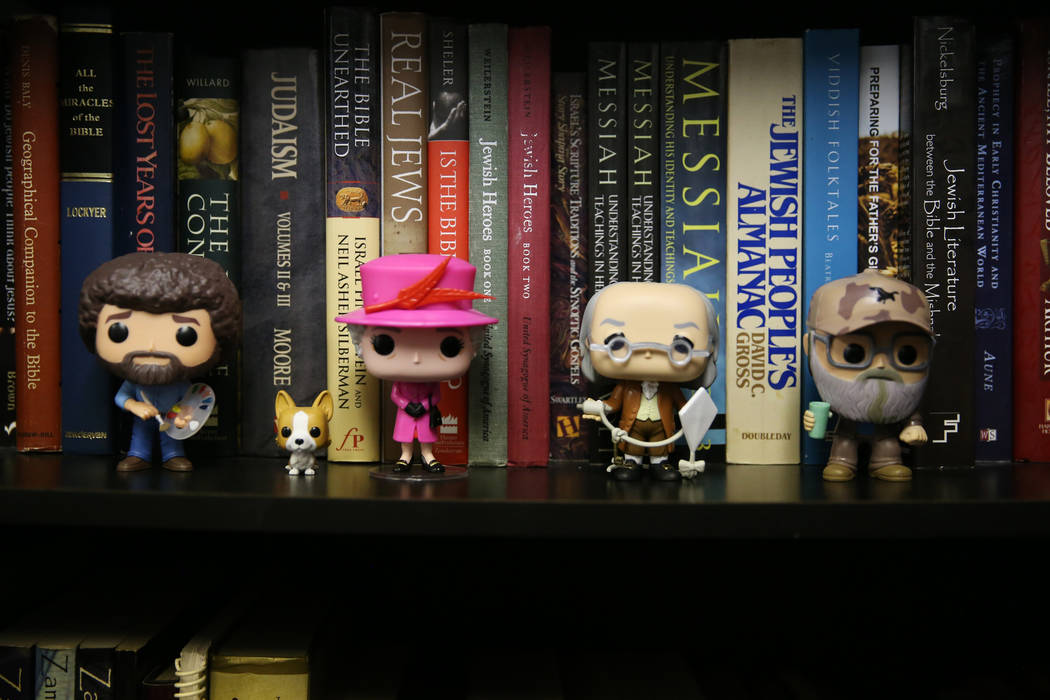 Early Saturday, Rabbi Jered Hundley stood before his crowded Las Vegas congregation hoping to share with them, not scare them.

With a deep breath, he explained that the unidentified synagogue described Friday in national headlines — the synagogue that a Las Vegas man had just been accused of plotting an attack against — was theirs.

“There were audible sounds of people as the realization hit them,” Hundley told the Las Vegas Review-Journal on Tuesday.

Conor Climo, 23, was charged Friday in connection with bomb-making materials found in his home, about 7 miles from Lev HaShem Messianic Synagogue, located at 3644 N. Rancho Drive. Before the arrest was announced to the media, an FBI agent called Hundley to alert him directly.

The details were disturbing: There were talks of using Molotov cocktails and improvised explosive devices on his congregation, the agent told him.

Prosecutors in a federal complaint also said Climo sent a satellite image of Hundley’s synagogue to an undercover FBI agent, highlighting a possible escape route after an attack. In online conversations with white supremacists, he used racial, anti-Semitic and homophobic slurs, according to the complaint.

Hundley didn’t mince words, but he was mindful of the children in the room.

“I just felt that we had an obligation to let them know that it was a threat — that if he was associating with other white supremacist groups, it’s always good to let them know and be aware of their surroundings,” Hundley said.

Climo also was accused of discussing a possible attack on a local Anti-Defamation League office and a bar in the Fremont Street area of downtown Las Vegas that he believed catered to the local LGBTQ community.

The news stoked fear just a week after a white supremacist attack in El Paso, Texas, killed 22. But as some communities came together, Hundley said he and his congregation confronted their fear in isolation.

“We’re not trying to be recognized, we’re not asking to be pat on the back, but it would be nice to be thought of,” Hundley said, speaking to a Review-Journal reporter. “You’re the only person that’s even called, other than the FBI.”

A minority in the local Jewish community, Hundley’s synagogue is open to both Jews and gentiles who believe in Jesus. They use his Hebrew name, Yeshua. They are Torah observant, rejecting holidays such as Christmas and Easter. But because of their beliefs, other Jewish congregations sometimes reject them, Hundley said.

He pointed to an ADL Nevada statement released after Climo’s arrest, prepared with Nevada’s Jewish Federation. It read in part, “ADL requested additional police patrols and a heightened alert status around all shabbat services. This was immediately approved by local police.”

Hundley said no local police were dispatched to his synagogue last weekend.

“We love that organization,” Hundley said of ADL,” and we love what they do. We have no ill-will toward them. It’s just that sometimes, it’s hurtful, and I’m trying to express some of the feelings my congregants have expressed to me.”

A local ADL representative reached out to Hundley after the Review-Journal contacted the organization. The representative told Hundley his synagogue was added to an email list.

“It was nice that they reached out, but it would have been nice if they tried a little harder,” Hundley said. “If they knew (the target) was a Messianic something, all they had to do was type in Messianic Las Vegas, and we pop up right away.”

‘This community is a target’

It’s unclear which Fremont Street bar prosecutors were referring to in Climo’s complaint.

Toni Witten, the facilities and security manager at The Center, which serves the local LGBTQ community, said the FBI never notified them of Climo’s arrest as an agent did for Hundley.

Instead, they saw the Anti-Defamation League statement, then learned more details through the news. The lack of communication from federal law enforcement was upsetting, especially as Witten serves as a law enforcement liaison with the Southern Nevada Counter-Terrorism Center, which involves both local and federal authorities.

“The FBI has offered to help us as far as presentations on active shooters — whatever we can do to educate the community,” she said. “It was just back in March that I went through their citizens academy. And after that, it’s just disappointing that they didn’t give us a heads-up.”

In response to Climo’s arrest, The Center upgraded some of its security measures this week, Witten said. Leaders expect to meet with local FBI representatives in a few weeks to discuss improving communication.

“This community is a target,” she said. “It really is. And I think people are coming to a realization that there are people out there that don’t care for this community and wish to do it harm.”

At the time of his arrest, Climo was employed as an Allied Universal security guard, according to Kevin Ingram, executive director of the state’s Private Investigators Licensing Board. His employer terminated him Saturday.

Allied Universal spokeswoman Vanessa Showalter said in a statement that the company is “fully cooperating with law enforcement.”

“The views attributed to this individual are completely reprehensible, and in no way reflect our company values, culture and high standards we set for our security professionals,” the statement read, misstating Conor Climo’s name as “Colin Climo.”

Showalter did not answer questions about where in Las Vegas that Climo was stationed to work or whether he was a part-time or full-time employee.

In 2016, Climo appeared in a local TV news segment wearing a tactical vest, armed with an AR-15 style assault rifle and four 30-round magazines while “patrolling” a residential street in northwest Las Vegas. He told a reporter he was forming his own neighborhood watch. In an updated segment, Climo called off the watch after community objections.

Climo remains in federal custody. He faces a maximum penalty of 10 years in prison and a $250,000 fine.

The next court hearing in the case is slated for Aug. 23. As of Tuesday, he had not been appointed a federal public defender.