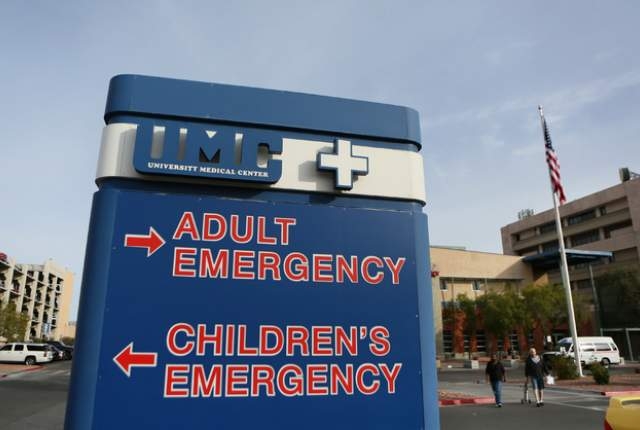 A man was hospitalized after a drive-by shooting in the parking lot of a long-term stay motel on the Strip on Friday morning, police said.

The male shooter approached two men in another vehicle about 7 a.m. at the Siegel Suites near the intersection of Las Vegas Boulevard and Agate Avenue, Metropolitan Police Department officer Michael Rodriguez said.

An altercation between the three men began over a “small amount” of money, Rodriguez said. Then, one man pulled out a handgun and shot through the others’ car window, injuring one.

The second man in the car was not struck by the bullet and drove his injured passenger to an ambulance, which transported the man to University Medical Center’s trauma unit with nonlife-threatening injuries.

The shooter fled the scene, 9111 Las Vegas Blvd. South, by car and has not been arrested.

“They’re all known to each other,” Rodriguez said of the men involved.