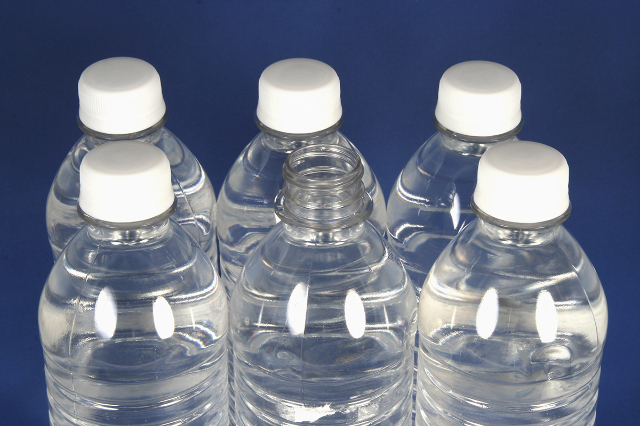 State officials are investigating a complaint that raises this question: Should a man who was convicted of poisoning children on his son’s football team in 2000 be in charge of an entire city’s water?

Jerome M. Breland is interim utilities operations manager for North Las Vegas, meaning he’s head of the city’s water and sewer system, though he’s been safeguarding the water for the city of 230,000 for several years as a water systems supervisor.

State law says a water operator’s certificate, issued by the Nevada Division of Environmental Protection, can be revoked if the operator “has demonstrated disregard for the health and safety of the public.”

That’s essentially the crime Breland was convicted of in 2001: “performance of an act of neglect of duty in willful or wanton disregard for safety of persons or property.”

The children had taken a water break during a practice preceding the championship game when several of them suddenly started vomiting. Eight children went to the hospital. They ranged in age from 12 to 15, according to court records.

Breland pleaded guilty to a gross misdemeanor for the offense. He was sentenced to six months of house arrest and three years of probation. The city knew about his crime — his boss at the time wrote a letter to the judge in support of Breland, saying the employee had “a great respect for others,” according to court transcripts.

At that time, Breland worked as an electronics technician in the water department. He was promoted to water systems supervisor in 2007.

Breland is now sharing the utilities operations manager responsibilities with a co-worker, but he’s the one named interim manager while the city reviews applications, according to Utilities Director Randy DeVaul.

The state investigation stems from a complaint to the Division of Environmental Protection.

The Las Vegas Review-Journal spoke to the complainant, who declined to give a name.

Division of Environmental Protection spokeswoman JoAnn Kittrell said the Nevada attorney general’s office is conducting a joint investigation of the complaint with her agency but would not elaborate.

The attorney general’s office refused to confirm or deny the existence of an investigation.

Attempts to reach Breland for comment on this story were unsuccessful.

Accounts of the specifics differ, but one fact is consistent throughout the criminal case: Breland wanted to hurt a child or children on the team who he felt had wronged his son.

Breland told police he was tired of seeing his child get picked on, so he mixed ipecac into a bottle of juice, then gave it to his son for practice with explicit instructions not to drink it and to remain silent when other children did, according to a police report. Ipecac is an over-the-counter medicine that causes vomiting and was once used in the emergency treatment of certain kinds of poisoning.

The boy told police he repeatedly warned his teammates not to drink from the bottle, but that only exacerbated the problem by causing more children to drink from it, according to the report.

At Breland’s sentencing, parents and children recounted their confusion and horror at Breland’s actions and claimed it was Breland’s boy who was the bully.

Parent Steven Boggioni said his son started crying when he tried to sign the boy up for baseball. A friend later explained, “He’s afraid to drink,” according to court transcripts.

“Our team was (in) the championship game, but we did not win it. Between the criminal charges and the TV reporters, it was hard to focus on the game,” Richard Garcia, one of the affected children, testified. “All we wanted to do was play football.”

Breland’s defense attorney, Steve Wolfson, who is now Clark County district attorney, told the judge Breland had approached the coach three times about problems his son was having with his teammates. But Catherine Lopez, who said she believed the drink was intended for her son in particular, testified that she did not understand why Breland hadn’t approached the coach or other parents if there was a problem.

Lopez said her son had severe asthma and could have died had he sipped the spiked juice Breland had made for him.

“Watching these kids vomit for two and a half to three hours was very disturbing,” Lopez said. “I don’t know how an adult can do this to a child and to a group of children. You know, I just can’t imagine doing that.”

During sentencing, Breland apologized, saying, “It is beyond my understanding that I would do something like this. Since then I have taken positive action to become a better person and a citizen.”

DeVaul, who became director of utilities in 2014, said he had received an anonymous email months ago with a link to an article about a Jerome Breland poisoning his son’s team, but he didn’t know the particulars and wasn’t sure whether it was the same Jerome Breland who worked for the city.

“I didn’t see a need to check at that time,” DeVaul said. “It was just an anonymous link, and it was so long ago I felt whatever happened, if this was the same employee, it must have been vetted back then.”

DeVaul said he was aware of the complaint to the Division of Environmental Protection, but he was not aware the attorney general was involved. He said the city has no plans to take action.