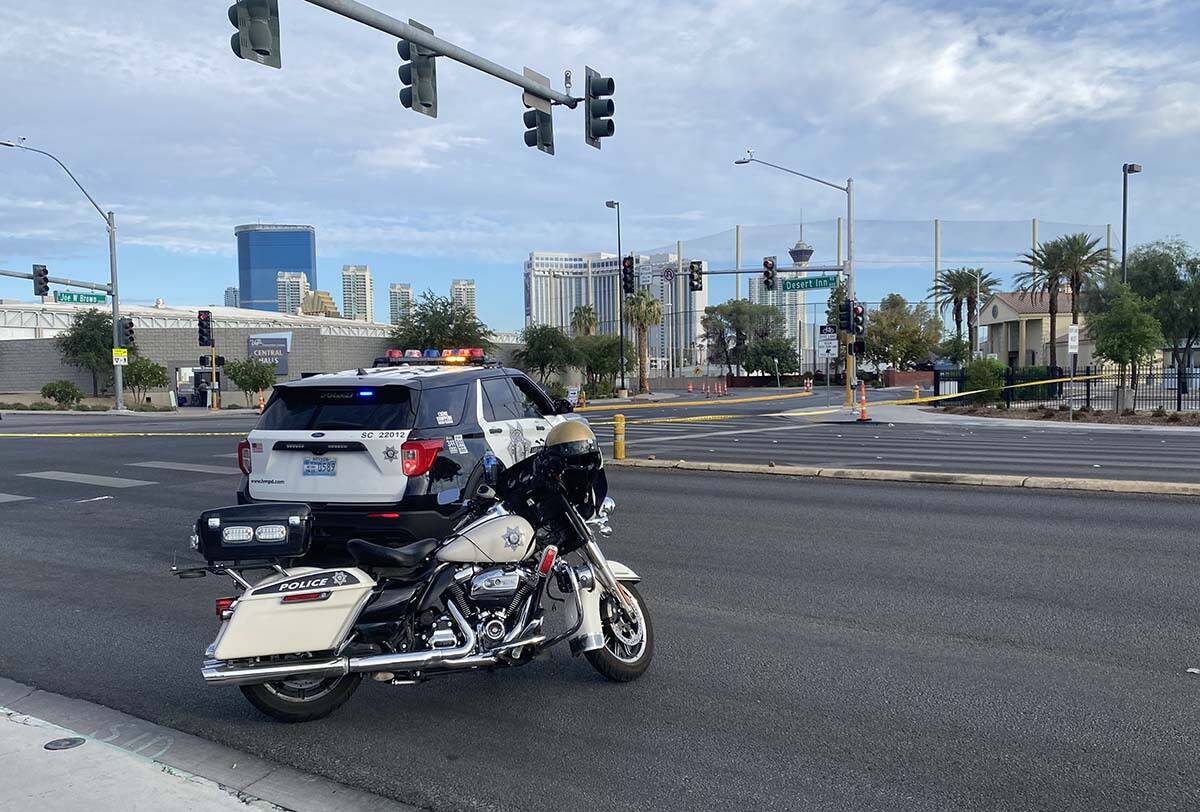 A motorcyclist was killed when they were struck by a vehicle in central Las Vegas early Friday. (Glenn Puit / Las Vegas Review-Journal)

A motorcyclist was killed in a collision with a pickup truck in central Las Vegas early Friday.

“The driver of the motorcycle was taken to a local hospital where he was pronounced deceased,” Lee said.

Police later said in a press release that the motorcyclist, a 57-year-old Las Vegas man, was observed “splitting lanes” while approaching slowed traffic as he drove westbound on Desert Inn Road near Joe Brown. The motorcycle, police said, then struck the rear of a Ford F-150 pickup also traveling west on Desert Inn.

The driver of the pickup, a 45-year-old Las Vegas man, was not injured.

Eastbound and westbound traffic on Desert Inn was closed between University Center Drive and Cambridge Street for hours before reopening at 9:25 a.m.