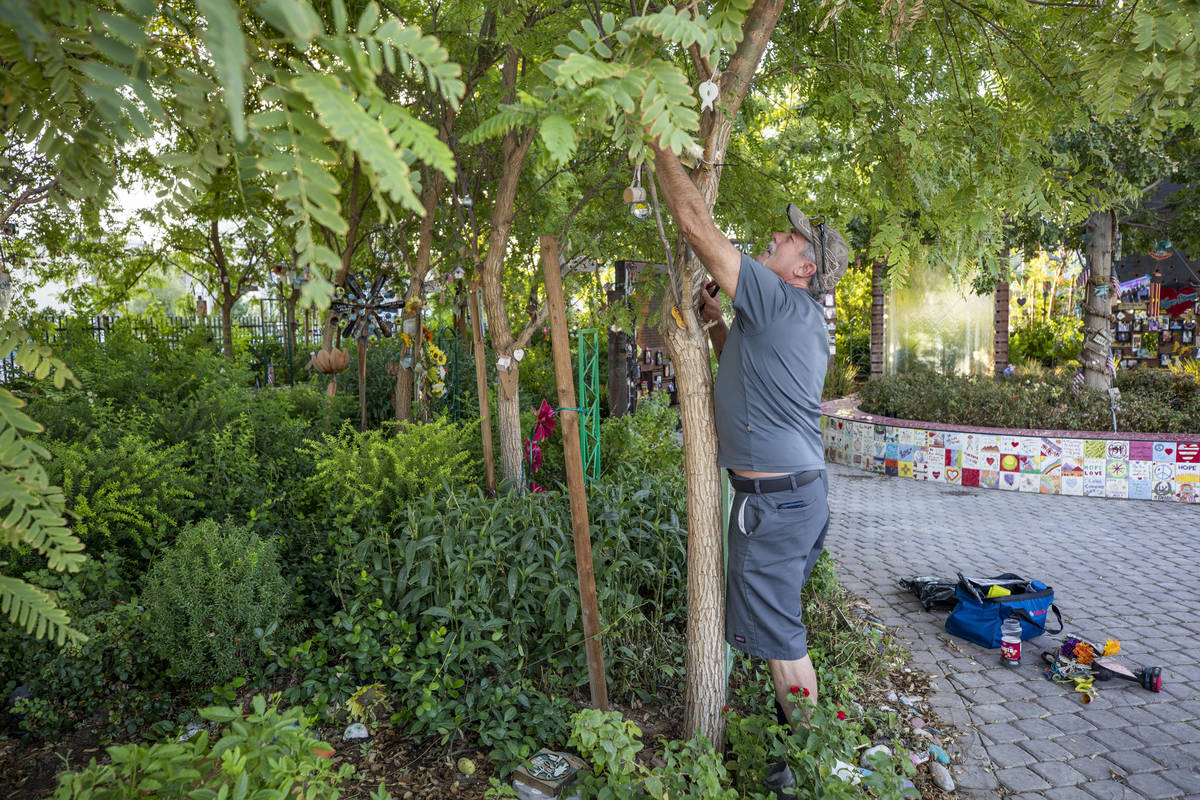 Eddie Schmitz, a volunteer that restores and upkeeps the Las Vegas Healing Garden, carefully takes off items on a tree memorializing Oct. 1 victim Nicol Kimura, to be arranged on an iron trellis, in Las Vegas on Monday, Aug. 31, 2020. (Elizabeth Brumley/Las Vegas Review-Journal) 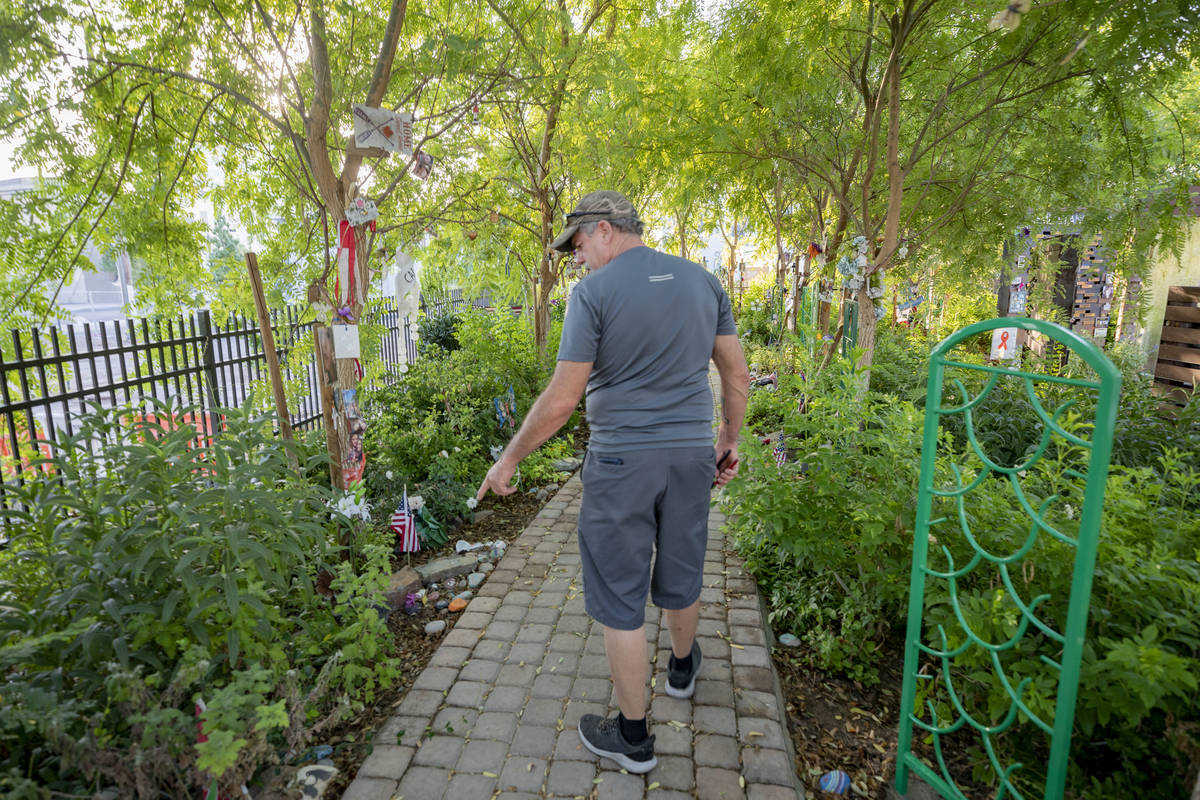 Eddie Schmitz, a volunteer that restores and upkeeps the Las Vegas Healing Garden, describes the renovations occurring at the garden in Las Vegas on Monday, Aug. 31, 2020. (Elizabeth Brumley/Las Vegas Review-Journal)

Even as the Las Vegas Storytelling Garden becomes a new tribute to victims of the Route 91 Harvest festival shooting, another memorial idea apparently has been shelved.

The Tree of Light was envisioned as a 60-foot-tall steel tree sculpture with weeping willow-like branches stretching out into a 30-foot-wide canopy of fiber optic lights. The piece was proposed to be erected across the street from the Las Vegas Community Healing Garden on South Casino Center Boulevard.

However, Jace Radke, a spokesman for the city of Las Vegas, said the proposal hasn’t moved beyond the concept phase. No funding has been allocated for it, he added, and nobody has come forward to fund it.

So, Radke said, the city is continuing to focus on the Healing Garden and the new Storytelling Garden. 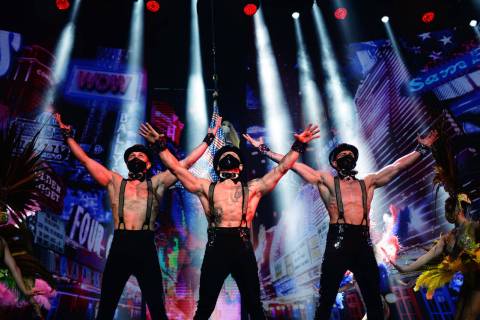