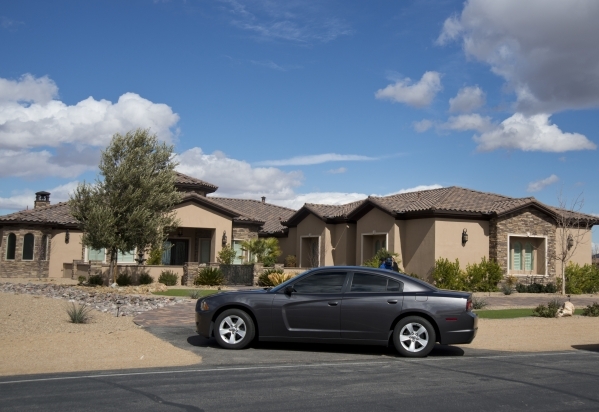 A law enforcement vehicle is seen during an FBI raid at the home of Fredrick (Rick) J. Zaffarese-Leavitt in the 600 block of Du Fort Avenue in Henderson on Thursday, Feb. 18, 2016. Leavitt has been financial management director of the Bureau of Reclamation regional office since 2010. Daniel Clark/Las Vegas Review-Journal Follow @DanJClarkPhoto 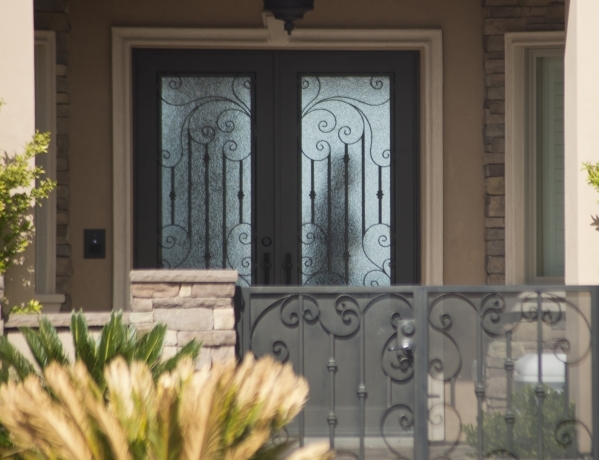 The home of Fredrick (Rick) J. Zaffarese-Leavitt in the 600 block of Du Fort Avenue in Henderson is seen during a FBI raid Thursday, Feb. 18, 2016. Leavitt has been financial management director of the Bureau of Reclamation regional office since 2010. Daniel Clark/Las Vegas Review-Journal Follow @DanJClarkPhoto

A Bureau of Reclamation official targeted in an FBI-led corruption investigation sat on the boards of two public companies tied to an accounting firm agents raided last week.

The focus of the investigation is allegations of bribery and kickbacks related to a $1 million financial audit of Hoover Dam. The accounting firm of LL Bradford & Co. won the contract last year, and the Bureau of Reclamation official, Fredrick “Rick” Zaffarese-Leavitt, was among those who oversaw the work.

Ira Levine, legal counsel for the Vestin companies, acknowledged this week that Shustek and Lance Bradford, one of LL Bradford’s managing partners, have had business dealings, mostly involving real estate, over the years. Bradford also served as the Vestin Group’s chief financial officer from 1998 to 2003.

“No one has informed the company that there’s any connection between what the government is investigating and Vestin,” Levine said.

Shustek and the Vestin companies share an office building with LL Bradford at 8880 W. Sunset Road. FBI agents executed search warrants at the accounting firm’s third floor offices last Thursday but did not seek evidence from Vestin’s second floor offices. The building is owned by Vestin Realty Mortgage I and II.

Leavitt had served with Shustek on Vestin Realty Mortgage’s board since January 2006, company filings obtained by the Las Vegas Review-Journal show. He was paid $500 for each board meeting he attended. Latest records show he collected a total of $4,500 in director fees for that board in 2014.

On Wednesday the Vestin companies filed paperwork with the U.S. Securities and Exchange Commission showing Leavitt resigned from the boards on Friday, the day after the FBI raids.

Shustek has been at the helm of the Vestin Group since 1999 and part of the real estate and mortgage communities for a quarter century.

The Hoover Dam investigation is being led by the FBI’s public corruption squad in Las Vegas, but the agency has said little about the probe.

No arrests have been made in the investigation, which is in its early stages. An FBI affidavit citing probable cause for the raid has been sealed by a federal judge.