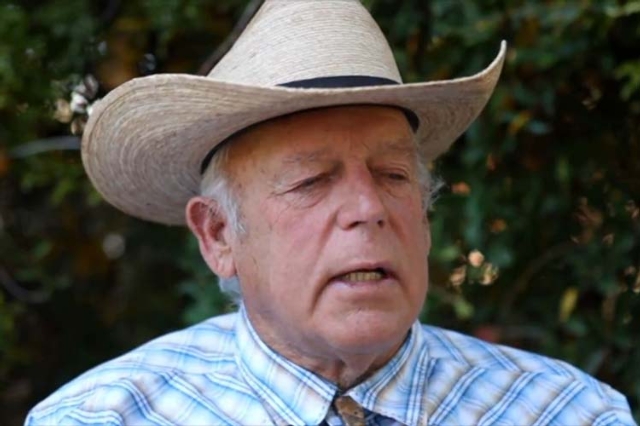 Bunkerville rancher Cliven Bundy claims “the Feds” are retaliating against his family with a wide-ranging public lands plan that would blanket a swath of Southern Nevada with environmental protections, including much of the Gold Butte range around his 160-acre ranch.

“As proposed nearly 3 million acres in Southern Nevada will be locked away from the people. This includes most uses on the land,” such as recreational, agriculture — including ranching — “or otherwise,” the Bundy family said in a blog post Sunday.

The Bureau of Land Management put out its draft Resource Management Plan and impact statement for review on Oct. 9. The comment period will close Jan. 7 after a series of public meetings set to begin Nov. 3.

“I can’t get too excited about it,” Bundy said by telephone Monday. “What it amounts to is they’re going to treat this whole Southern Nevada area like wilderness. It’s a stricter rule for land use. It’s policing power is what they’re after,” he said.

His wife, Carol Bundy, said she feels “like they’re trying to surround us by controlling all the land. People should know they’re doing this without the knowledge of the people who use it.”

Bundy’s family has grazed cattle on the Gold Butte range, 80 miles northeast of Las Vegas, since 1877. He owes more than $1 million in grazing fees and penalties he has refused to pay the BLM for 21 years. He stopped paying his fees because he says he fired the BLM as his land managers.

The BLM canceled Bundy’s permit for the Bunkerville allotment in 1994. After simmering for two decades, the dispute erupted in an armed standoff in April when BLM agents rounded up more than 300 of his trespass cattle only to let them be released to avoid violence with armed militia from across the country who had rallied to his cause.

Before the standoff there were about 1 million acres designated as critical to the environment in Southern Nevada, but the draft plan proposes adding 1.8 million acres for protection.

“This is a direct assault on the State of Nevada. It is also a deliberate retaliation against the people for standing against the horrific action of several federal agencies at the Bundy ranch,” the Bundy family blog post says.

“The boldness of the federal government’s timing and action on these matters are astonishing,” the blog reads. “They are again making a clear case that they are willing to use federal power to punish the local people.”

A BLM spokeswoman couldn’t be reached for comment Monday afternoon.