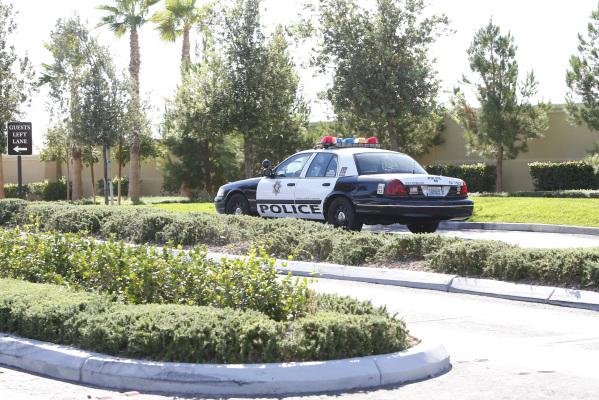 A Las Vegas police vehicle arrives at the Rhodes Ranch Golf Club where a shooting left one person wounded and one arrested at the 100 block of Crooked Putter Drive Monday, Sept. 14, 2015. The wounded person was taken to University Medical Center in "unknown condition". Bizuayehu Tesfaye/Las Vegas Review-Journal Follow @bizutesaye 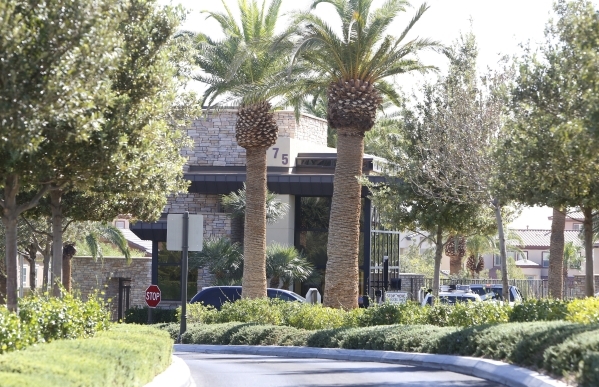 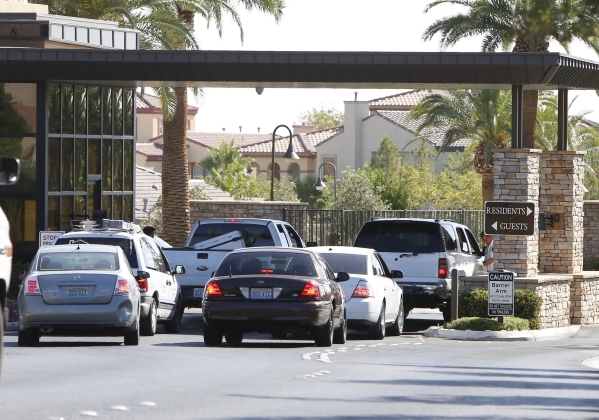 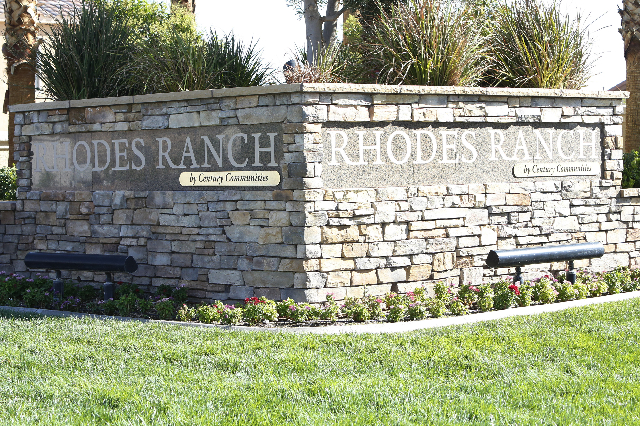 The Rhodes Ranch Golf Club entrance is shown where Las Vegas police are investigating a shooting that left one person wounded and one arrested at the 100 block of Crooked Putter Drive Monday, Sept. 14, 2015. The wounded person was taken to University Medical Center in "unknown condition". BIZUAYEHU TESFAYE/LAS VEGAS REVIEW-JOURNAL FOLLOW HIM @BIZUTESFAYE

Police and medical crews were called at 7:38 a.m. to the 100 block of Crooked Putter Drive, near Rhodes Ranch Golf Club.

Officers arrested 44-year-old Donnell Reid in connection with the shooting that hospitalized one person, Metro wrote in a release.

It wasn’t immediately clear what happened, but the wounded person was taken to University Medical Center with wounds that do not appear to be life-threatening, Metro said.

The wounded person’s age, gender and relationship to Reid were not immediately available.

Reid is being booked into the Clark County Detention Center on one charge of attempted murder with a deadly weapon, the release said.