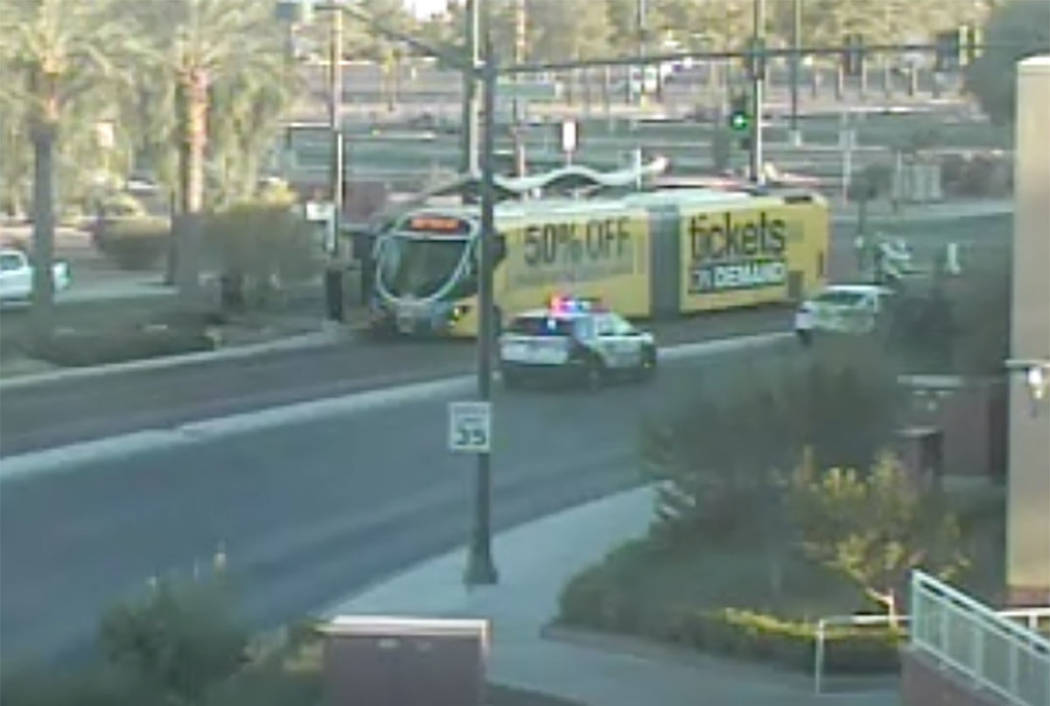 A man was hospitalized Thursday evening after being struck by a Regional Transportation Commission bus in downtown Las Vegas, police said.

Officers were called about 6:20 p.m. after the bus stuck a man at South Grand Central Parkway and West Bonneville Ave., just east of Interstate-15, Metropolitan Police Department Lt. Jeff Clark said. The pedestrian was hospitalized with “minor scrapes,” he said.