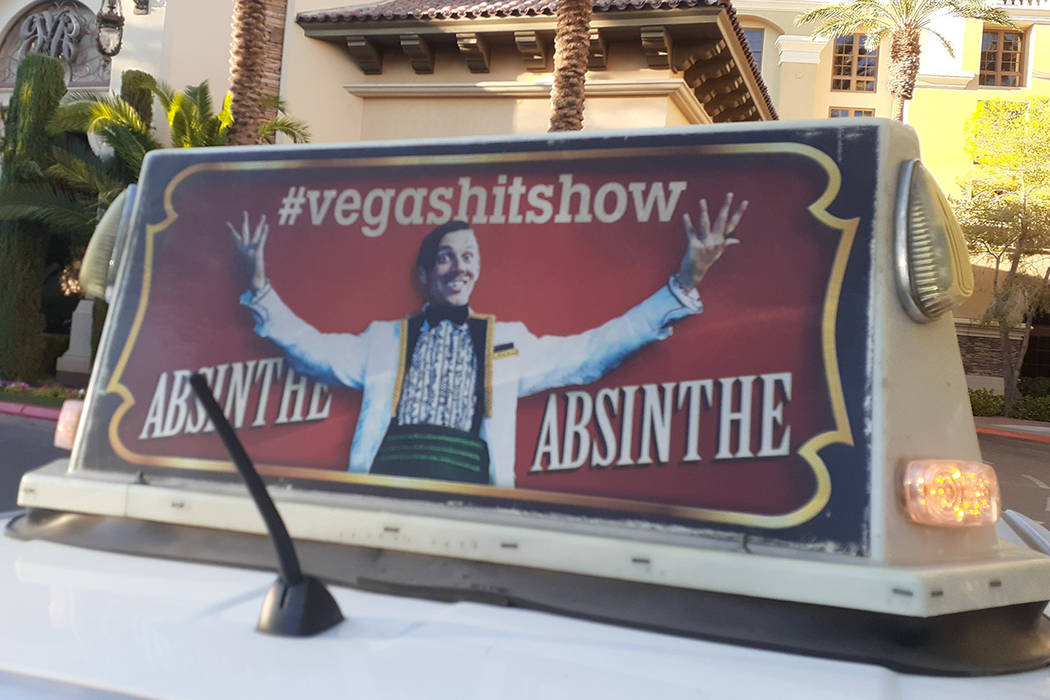 An advertisement for the show "Absinthe" seen atop a taxi Friday, Oct. 24, 2019, at Green Valley Ranch in Henderson. (Tony Garcia/Las Vegas Review-Journal)

It’s hard not to notice all the glitz, glamour and gaudiness that goes into many shows, venues and performances on and off the Las Vegas Strip. But sometimes it’s the double takes that one finds that are the most fun.

For example, the long-running “Absinthe” at Caesars Palace is known for its over-the-top presentation, if the RJ’s John Katsilometes can be believed … and he can.

The show’s filthy-rich host and producer character Gazillionaire knows you have to spend money to make money; hence, advertisements for the production are all around town and social media. But this particular hashtag, adorning a nondescript taxi in Henderson, conjured up a different message because the author did not use capital letters.

You have to admit: #VegasHitShow makes sense.

On the bright side, owners of the Chevrolet Vega (produced between 1970-77) might agree with the ad.