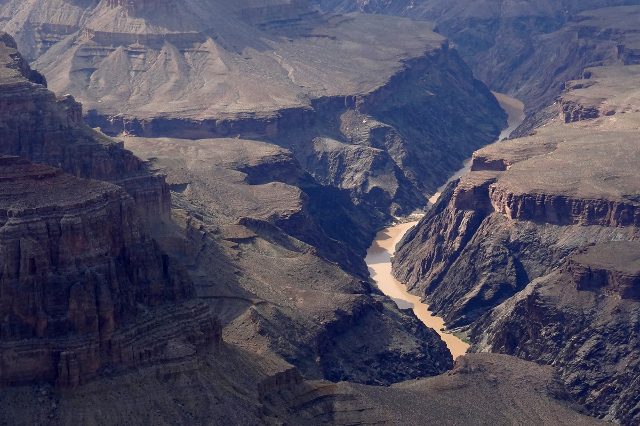 Overall view from the South Rim of the Grand Canyon and the Colorado River near Tusayan, Arizona, Aug. 10, 2012. (Charles Platiau/Reuters) 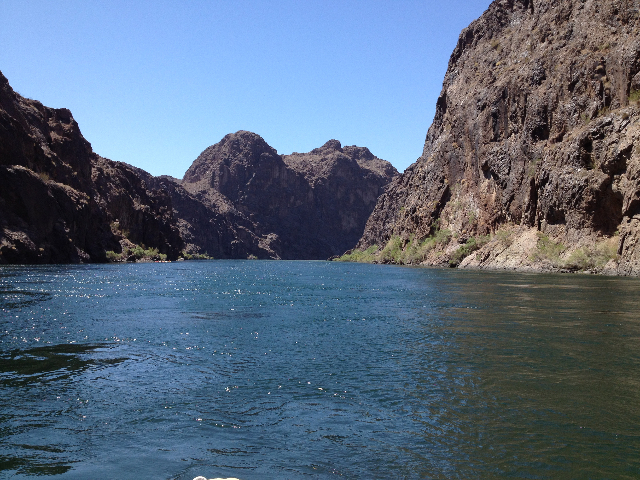 Top water officials in Nevada, Arizona and California have negotiated a deal to cut their use of the Colorado River and slow the decline of Lake Mead, but the landmark agreement is far from finished.

Negotiators from Arizona and California are now shopping the plan to various water users and policymakers in their states, where the proposed cuts are likely to be painful and in some cases unprecedented.

Arizona would shoulder most of the reductions, but the tentative deal marks the first time California has agreed to share the pain — if the drought worsens.

“That’s certainly a huge step forward. We see that as a landmark outcome,” said Tom Buschatzke, director of Arizona’s Department of Water Resources.

California is not now required to take any cuts to its 4.4 million acre-foot river allocation, which is the largest among the seven states that share the Colorado.

The voluntary cuts being discussed are designed to prop up Lake Mead and stave off deeper, mandatory forced cuts for Arizona and Nevada if the lake sinks below levels outlined in a 2007 agreement.

“It’s a risk assessment,” Southern Nevada Water Authority chief John Entsminger said of the plan and the talks leading to it.

Buschatzke called the effort a “proactive, planned response” to what’s happening on the river before it becomes a crisis.

Details of the plan were first reported by Tony Davis of the “Arizona Daily Star” in Tucson.

Nevada’s share of the proposed cuts is comparatively small, but so is the state’s annual river allocation of 300,000 acre-feet, Entsminger said.

Nevada would leave 8,000 acre-feet of water in Lake Mead each year under the first round of voluntary cuts, while Arizona would lose 192,000 of its 2.8 million acre-foot allocation. One acre-foot of water is enough to supply two average Las Vegas Valley homes for just over a year.

Elevation 1,045 is also where California would see voluntary cuts, which start at 200,000 acre-feet a year and increase by 50,000 with every additional 5-foot drop in Lake Mead.

The voluntary cuts being discussed for Nevada and Arizona come on top of the escalating series of mandatory shortages the two states will have to absorb as the lake drops below elevations 1,075, 1,050 and 1,025.

Entsminger said the most Nevada stands to lose in a given year is 30,000 acre-feet in voluntary and mandatory cuts. Thanks largely to the success of local conservation efforts, the state currently has a surplus of about 80,000 acre-feet available annually to absorb the cuts.

“We think at all reservoir elevations there’s not a volume that we can’t handle,” he said.

Buschatzke said Arizona officials are in the early stages of selling the plan to water users. The deal also requires the blessing of the Arizona Legislature, something that’s unlikely to happen until next year.

California officials face a similar uphill battle as they lobby in the Golden State, Buschatzke said.

News of the water negotiations comes amid worsening projections for the Colorado River, which is now expected to see 74 percent of its average flow in 2016, down from last month’s forecast of 80 percent. That would mark the 13th year of below-average flows since 2000.

The Las Vegas Valley draws 90 percent of its water supply from the Colorado by way of Lake Mead, which has seen its surface drop by more than 130 feet over the past 16 years.

On Tuesday, Nevada Sens. Harry Reid and Dean Heller won Senate approval for an amendment that would add $50 million to a program that pays cities, farms, factories and power plants for efficiency improvements aimed at keeping more water in the river.

The Colorado River System Conservation Program was launched in 2014 with $11 million in seed money from the U.S. Bureau of Reclamation, the water authority and the largest municipal water suppliers in Arizona, California and Colorado.

Reid in a telephone call Tuesday said the pilot program has “done well” so far, but the river needs all the help it can get.