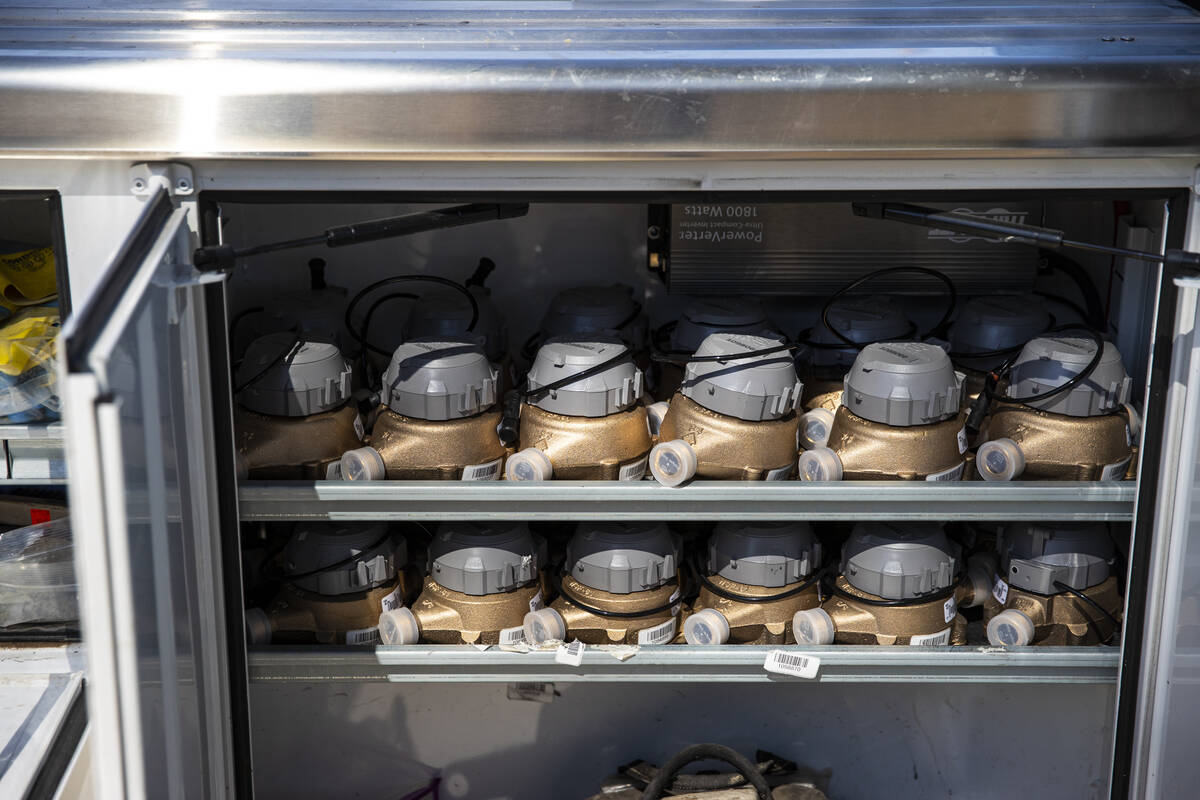 The Las Vegas Valley Water District is nearly finished with a planned upgrade to its water metering system that will allow the utility track water use in the valley closer to real time and conserve a little extra water along the way.

The new advanced metering program will allow the water district to receive data from customers’ water meters more often, which they hope will allow them to more efficiently respond to and alert customers to leaks on their property.

“Any additional tools or mechanisms that we can leverage to let customers have more awareness of their water use, that inherently alone increases water conservation,” said Bronson Mack, spokesman for the Las Vegas Valley Water District.

The current system employed by the water district, which covers the city of Las Vegas and unincorporated Clark County, sends signals to trucks that drive around neighborhoods on a monthly basis. The new system will instead send data to recently-installed antennas that are positioned throughout the valley in places such as the rooftops of tall building and on street lights.

Mack said the district is about 85 percent completed with those installations and officials expect the program to be up and running by spring of 2023.

The program was budgeted at roughly $20 million, but Mack said the district expects to come in closer to $17 million when the installation of the antennas is complete. The program was already funded through local water rates, so there are no additional costs to ratepayers.

Customers won’t have to worry about their meters being replaced. The water district installed the current water meters about eight years ago. Those same meters are also able to transmit the data to the new antennas.

“Nothing is happening in the meters themselves. The existing meters are already equipped and ready to go,” Mack said.

The water district already has the new monitoring systems up and operational in some smaller jurisdictions, such as Laughlin, Searchlight and in the Kyle Canyon community at Mt. Charleston. North Las Vegas started installing similar meters in 2018.

“We’ve had those systems up and running for a few years. It has just been outstanding to get that level of data in more real time to assist customers,” Mack said.

The new system for the Las Vegas Valley Water District will also streamline other things such as starting or stopping water utility services, as it won’t require someone to drive past the meter to take the final or first readings.

In the future, the more real-time data will allow the district to develop a new platform where customers will be able to set triggers and alerts for water usage levels or even setting a threshold for how much water they want to use.

That dashboard, Mack said, is at least a couple years away from being launched.