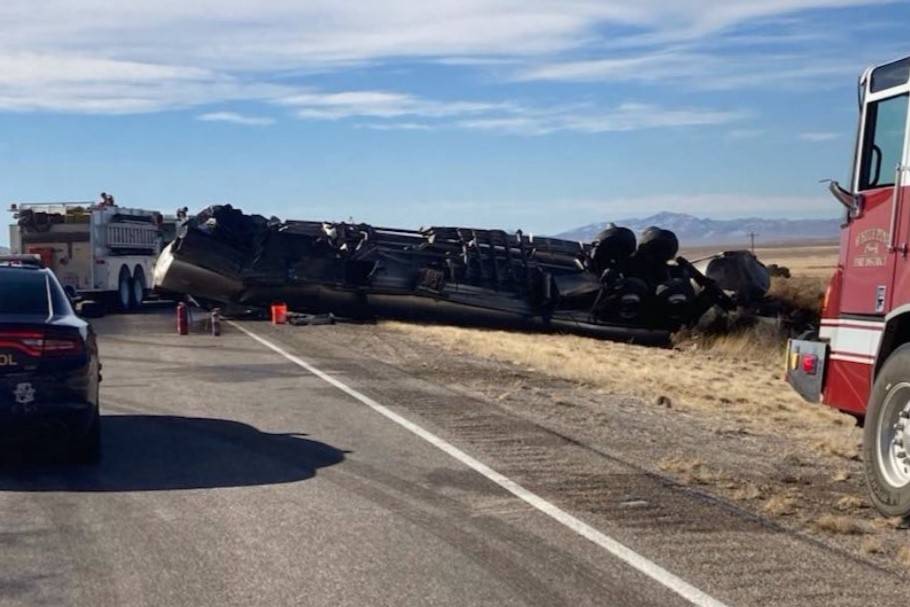 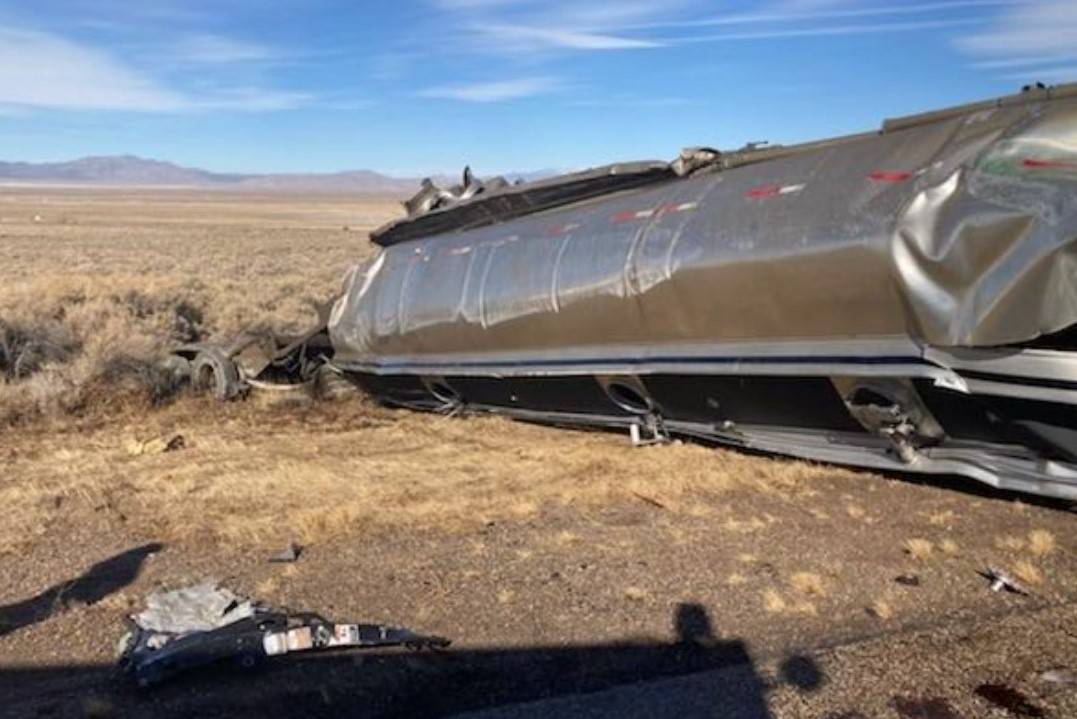 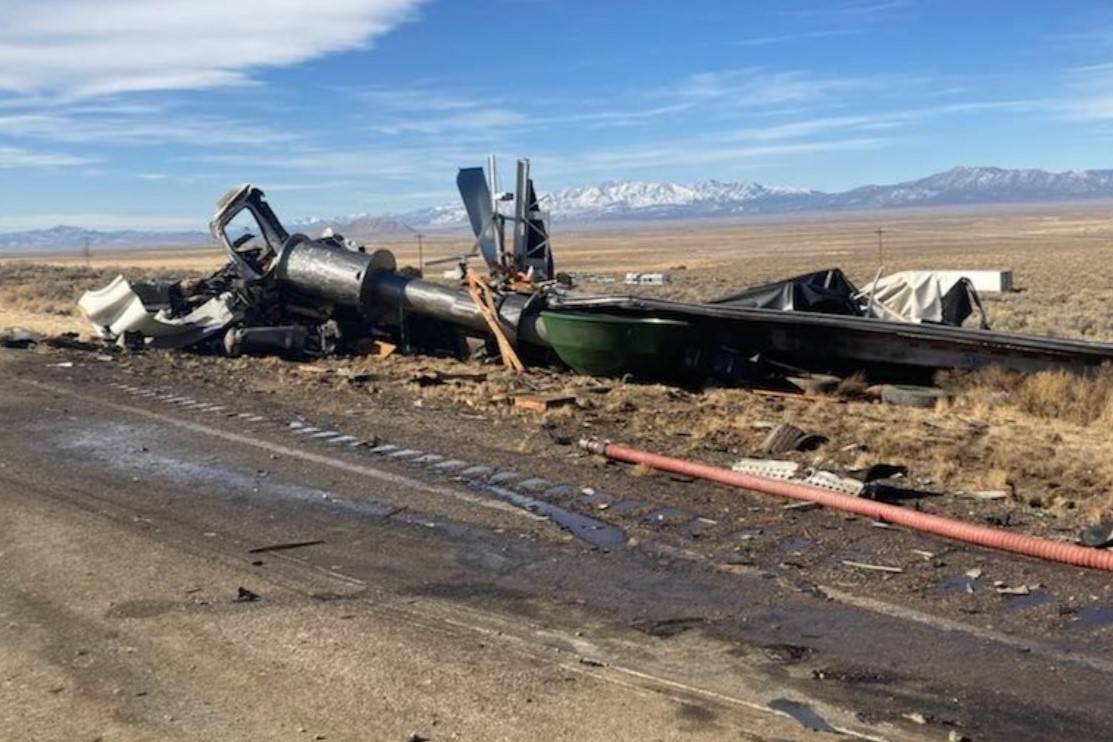 One person was killed and another gravely injured on a rural highway in Nye County early Sunday after a semitrailer hauling thousands of gallons of diesel fuel crashed into two other trucks.

A truck hauling three trailers of diesel fuel was going north on the highway when, for unknown reasons, it crossed the center line into oncoming traffic, Howell said. The northbound truck sideswiped one oncoming semitrailer before colliding with a second semitrailer head on, he said.

Howell said 6,000 to 9,000 gallons of diesel fuel were spilled at the scene of the crash, which caused significant delays as officials worked to clean it up.

The road was cleared as of about 3:15 p.m., according to the Nye County Sheriff’s Office.