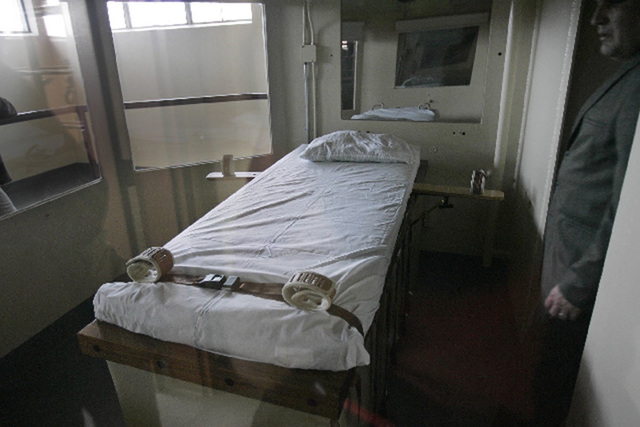 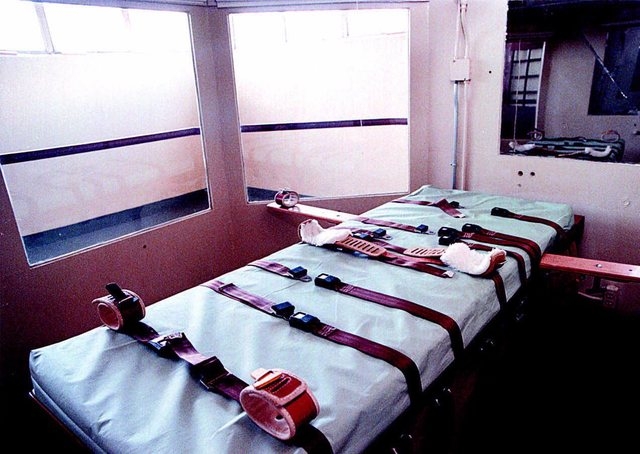 The execution chamber at the Nevada State Prison in Carson City, Nev., is shown Thursday, March 22, 2001. Sebastian Bridges, a South African national, is scheduled to be executed on April 21, for murdering his estranged wife's lover outside Las Vegas in 1997. (AP Photo/Cathleen Allison) 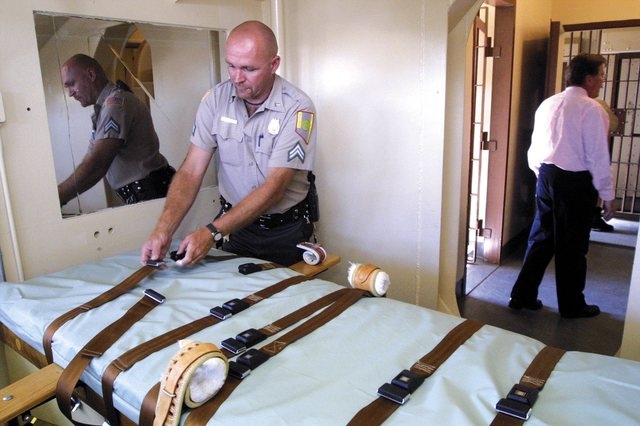 Senior Correction Officer Johnnie Hill adjusts a restraint in the execution chamber at the Nevada State Prison in Carson CIty, Nev., in this file photo from July 9, 2002. Warden Mike Budge, rear, said the death chamber is in an area of the prison that is too crowded and recent court rulings have created uncertainty over the future of capital punishment. (AP Photo/Cathleen Allison) 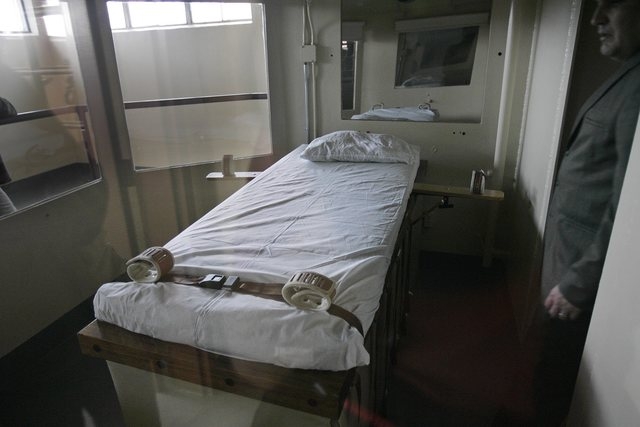 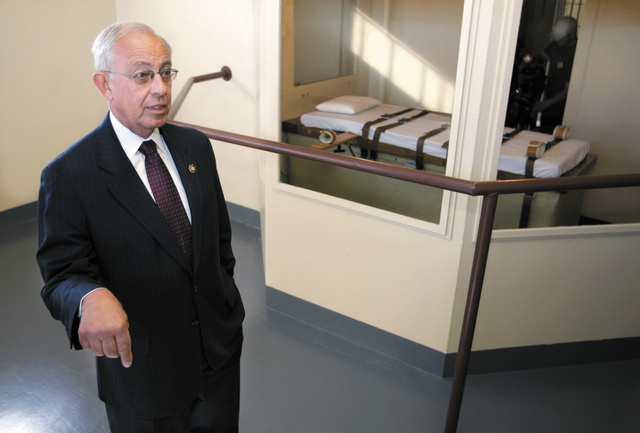 Nevada murder cases in which prosecutors seek the death penalty can cost nearly twice as much as those with a lesser punishment, according to a state audit released Tuesday.

Death penalty cases cost the public, on average, $1.03 million to $1.31 million, according to the audit. In a murder case in which capital punishment is not sought, the average cost is $775,000. In those cases, prosecutors typically seek life without parole.

The 105-page audit came after the 2013 Legislature ordered a review of the costs of capital punishment. The audit, which took 18 months, looked at the price of trials, appeals and jail time for 28 Nevada cases.

Manpower for lawyers was given as estimates, the audit said, so the actual cost could be higher.

Assemblywoman Maggie Carlton, chairwoman of a legislative subcommittee on the death penalty, said after the audit was released that the estimates were “disconcerting.” Public employees asked to provide that information should be held accountable, said Carlton, D-Las Vegas.

Even with cheaper costs, the audit could be met with some resistance.

“One response to the study might be to just kill them sooner, but that isn’t how our criminal justice system works,” Rolnick said. “If you take that to its logical extreme, you could just put someone to death without a trial.”

The audit will give lawmakers a guide to change death penalty laws in the 2015 Legislature.

“We certainly hope that all legislators and all Nevadans pay attention to the results because it shows just how much we are paying to maintain a broken system,” said Nancy Hart, president of the Nevada Coalition Against the Death Penalty. “We think it’s a very ineffective penalty and should be replaced by life without the possibility of parole.”

Since 2007, six states — New York, New Jersey, Connecticut, Maryland, Illinois and New Mexico — have abolished the death penalty. Some states got rid of it more than a century ago.

In the 37 years since the death penalty was reinstated in Nevada, 12 death- row inmates have been executed. The last execution took place more than eight years ago when 47-year-old murderer Daryl Linnie Mack was put to death via lethal injection.