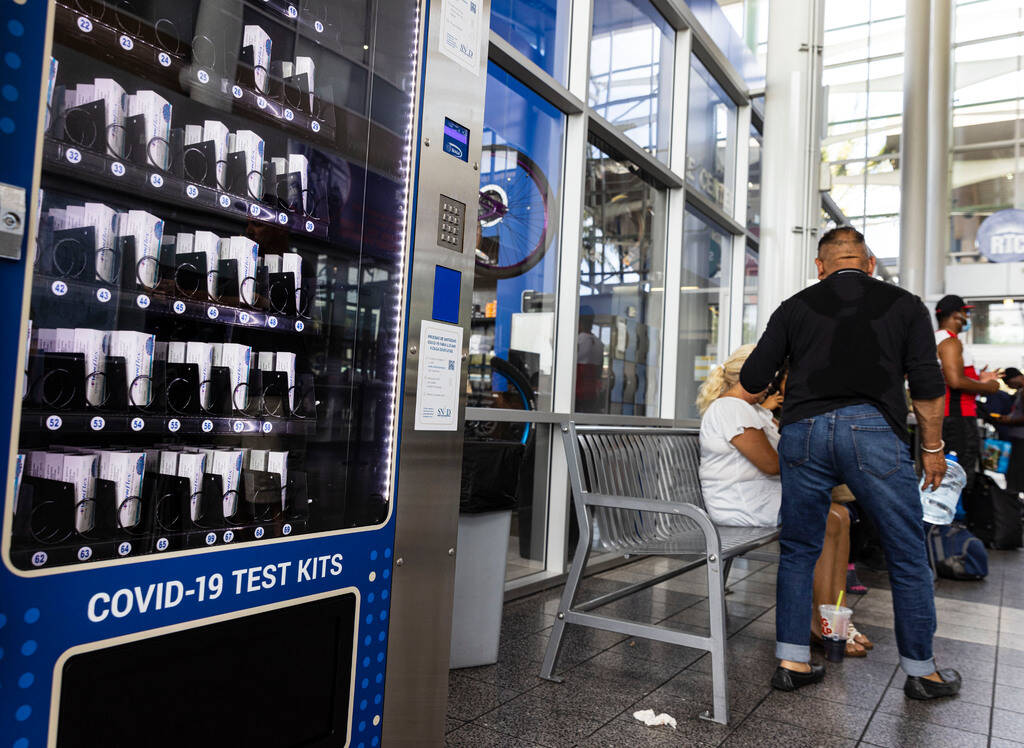 COVID-19 cases and hospitalizations continued to tick up in the past week both in Clark County and the state, according to data released Wednesday by the state.

Confirmed and suspected COVID-19 hospitalizations in the county climbed to 279 from last week’s 240, according to data from the Nevada Department of Health and Human Services.

Statewide, hospitalizations increased to 340 from the prior week’s 284.

The 14-day average for daily new confirmed cases in the county inched up to 165 this week from last week’s 159. Statewide, cases increased to 224 from 219.

The 14-day average for daily new deaths both in the county and the state remained at one.

“Numbers are just gradually increasing, but we haven’t seen a massive spike or anything like that,” said Brian Labus, an assistant professor of epidemiology and biostatistics at the UNLV School of Public Health.

Some health authorities expect to see a spike in the coming weeks in the aftermath of the Thanksgiving holiday.

Labus predicts that any holiday-related increases this year will be smaller than earlier in the pandemic, in part because more people have some level of protection from the virus because of prior infection and vaccination.

Also, “We’re not living like we were a couple years ago, where Thanksgiving was the first time we got together,” he said. “Now people get together all the time.”