If you are having problems accessing today’s e-Edition, please click on this link VIEW E-EDITION
By NICOLE RAZ LAS VEGAS REVIEW-JOURNAL
March 6, 2017 - 6:08 pm 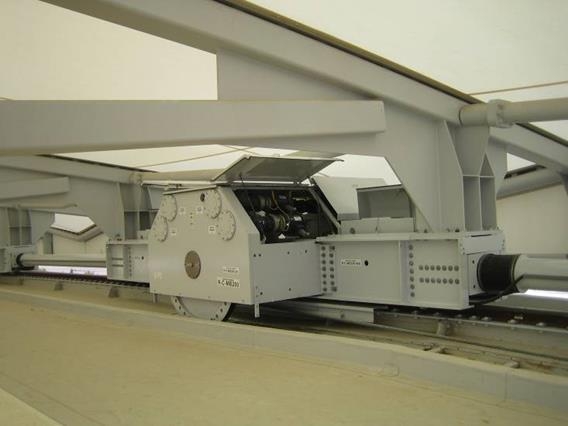 Rural communities between Las Vegas and Reno have a better shot at boosting and attracting business.

Valley Communications Association of Pahrump, which is a member of the co-op Valley Electric Association, and Churchill County Communications finished 11 months of work at the end of January installing more than 450 miles of fiber-optic cable connecting Northern and Southern Nevada.

“With that backbone, you can link up any town anywhere near it,” said Michael Hengel, spokesman for the Valley Electric Association. “The first all-fiber community in Nevada will be Beatty.”

Switch funded the installation to connect its data centers in Las Vegas and Tahoe-Reno. It also made fiber available for Valley and Churchill to expand into rural areas.

It will take time to use that backbone to build additional fiber-optic cable into the school district, county buildings, businesses and then homes, said Mark Feest, CEO of Churchill County Communications.

“People in rural communities want the same things that they see others are getting in metropolitan areas,” Feest said.

Access to high-speed internet will have major consequences for emergency services, the educational system and economic growth, Feest and Hengel said.

A 2009 World Bank study found that economic growth increases by 1.21 percent for every 10 percent increase in broadband penetration in developed countries.

“Nobody would think of doing business now in a place that doesn’t have electricity or running water. High-speed communications is now at that level,” Hengel said. “The expectation is that you’re going to have that, or you’re just not going to do business there.”

Chris Walach, director of operations of unmanned aviation for the Nevada Institute for Autonomous Systems, said the high-speed fiber route will likely play a large role in developing an air corridor, which will allow drones to fly into, out of and between airports and other facilities throughout the state.

“Such an air corridor will eventually go from Las Vegas to Reno, most likely following the same fiber route. Anytime a drone can tap into such a fiber network, this could really enhance drone data transmissions and boost productivity to a level that the (unmanned aerial system) industry has not yet realized,” Walach said.

The 450-plus miles of cable were installed mostly along U.S. Highway 95.

“The fiber route not only ties Las Vegas to the Tahoe-Reno Industrial Center,” Feest said. “After passing through Pahrump, it touches many rural towns along the 95 corridor, including Beatty, Tonopah, Mina, Hawthorne, Yerington and Silver Springs, before heading into Tahoe Reno Industrial Center and making a ring around Reno. This opens up the opportunity to serve the populations between Nevada’s two largest cities.”

A spokesman for Switch could not be reached for comment.