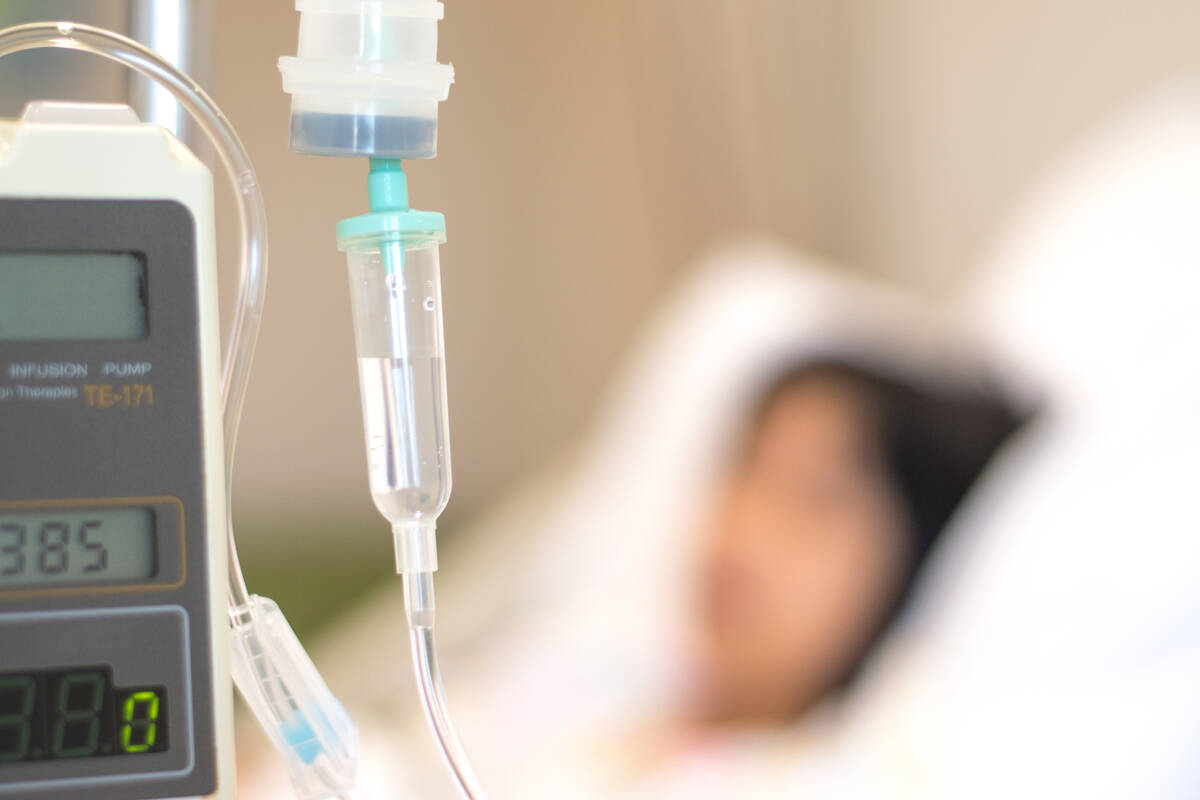 Pediatric hospital beds across Nevada are full this week due in part to increases in RSV and other respiratory illnesses, the Nevada Hospital Association said Thursday, Nov. 10, 2022. (Getty Images)

Pediatric hospital beds across Nevada are full this week, due in part to increases in RSV and other respiratory illnesses, the Nevada Hospital Association said Thursday.

Hospitals across the Las Vegas Valley said last week that their pediatric units were filling up or full and that respiratory syncytial virus was driving the increase in patients. They have been opening additional beds and space to accommodate the influx.

RSV is a common respiratory illness that usually produces mild cold-like symptoms, such as a runny nose and cough, but one that can lead to serious illness, especially in premature babies, infants under 6 months of age and children under 2 with chronic lung or heart disease, according to the Centers for Disease Control and Prevention.

Higher than normal numbers of cases for this time of year are being reported across much of the country, the CDC said. Cases typically peak in December or January.

Nevada hospitals also are beginning to see increases in flu cases. The hospital association does not track these flu cases by age.

The capacity issues don’t mean that patients are being turned away from emergency rooms, doctors said. But they are causing increases in wait times for patients with less urgent medical needs.

“We are doing the best we can to take care of everyone who comes in through the emergency department,” Dr. Robert Wilkinson, medical director of Summerlin Hospital Medical Center’s pediatric emergency room, said late last week.

This week, “the Children’s Medical Center at Summerlin Hospital is continuing to see a high volume of patients in both the pediatric ER and being admitted to our pediatric unit for RSV and other respiratory medical issues,” representative Gretchen Papez said in an email.

Most children with RSV don’t need emergency care, including some of those who are being brought to the ER.

RSV “has been in the news, and I think it’s caused a lot of heightened awareness of the virus,” said Dr. Lyndsey van der Laan, an emergency department pediatrician at St. Rose Dominican Hospital, Siena campus.

“Parents are concerned,” she said.

Children who are gasping for breath, breathing fast or otherwise showing signs of having trouble breathing “are the ones we want to see in the emergency department,” van der Laan said.

A child’s pediatrician or an urgent care can help worried parents determine if emergency treatment is needed, doctors said.

Hospitals saw a decline in RSV and other respiratory illnesses during the pandemic, in part because of precautions being taken, such as masking, social distancing and the closures of schools and offices.

Typically, however, almost all children will get an RSV infection by the time they are 2, the CDC said. Most will get a mild illness, but a few will get bronchiolitis (inflammation of the small airways in the lung) or pneumonia. One to two out of every 100 children younger than 6 months of age may need to be hospitalized.

Those who are hospitalized may require oxygen, IV fluids or mechanical ventilation. Most improve with this sort of supportive care and are discharged within a few days. There are no antiviral medications to treat RSV.

The medical directors of pediatric emergency departments in the valley “are in constant contact with each other, talking about what we can do, how we can help each other manage the patients that are coming in,” Wilkinson said.

“So we’re all working together to handle the situation,” he said.