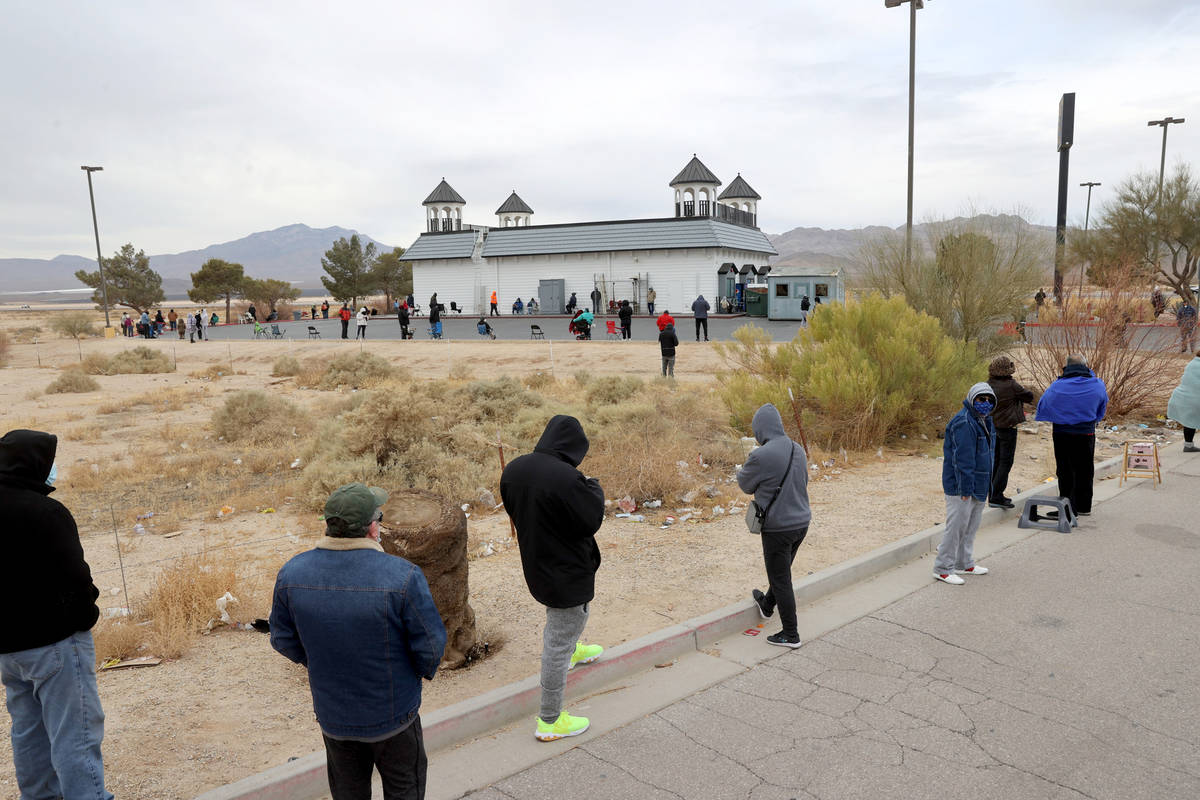 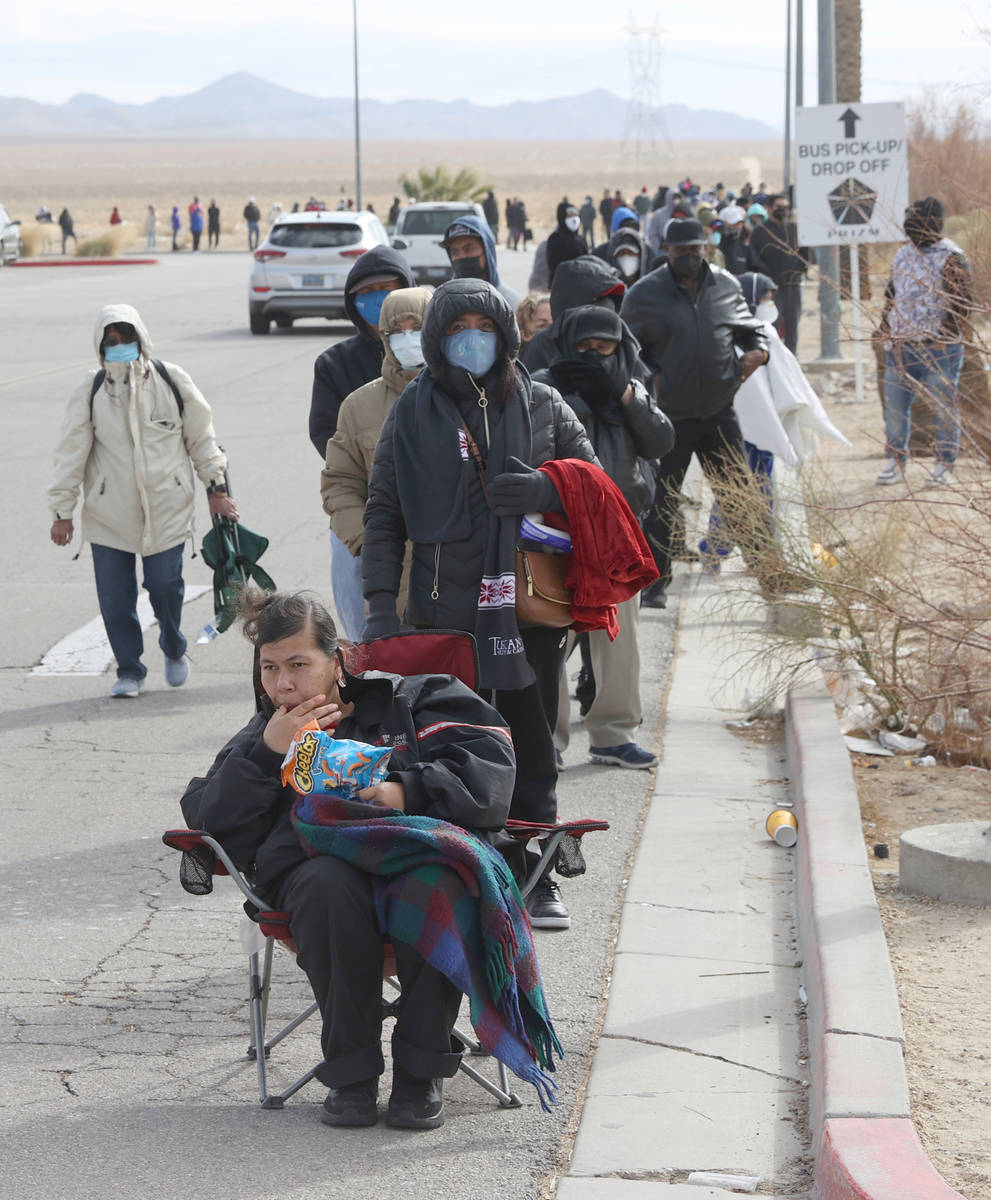 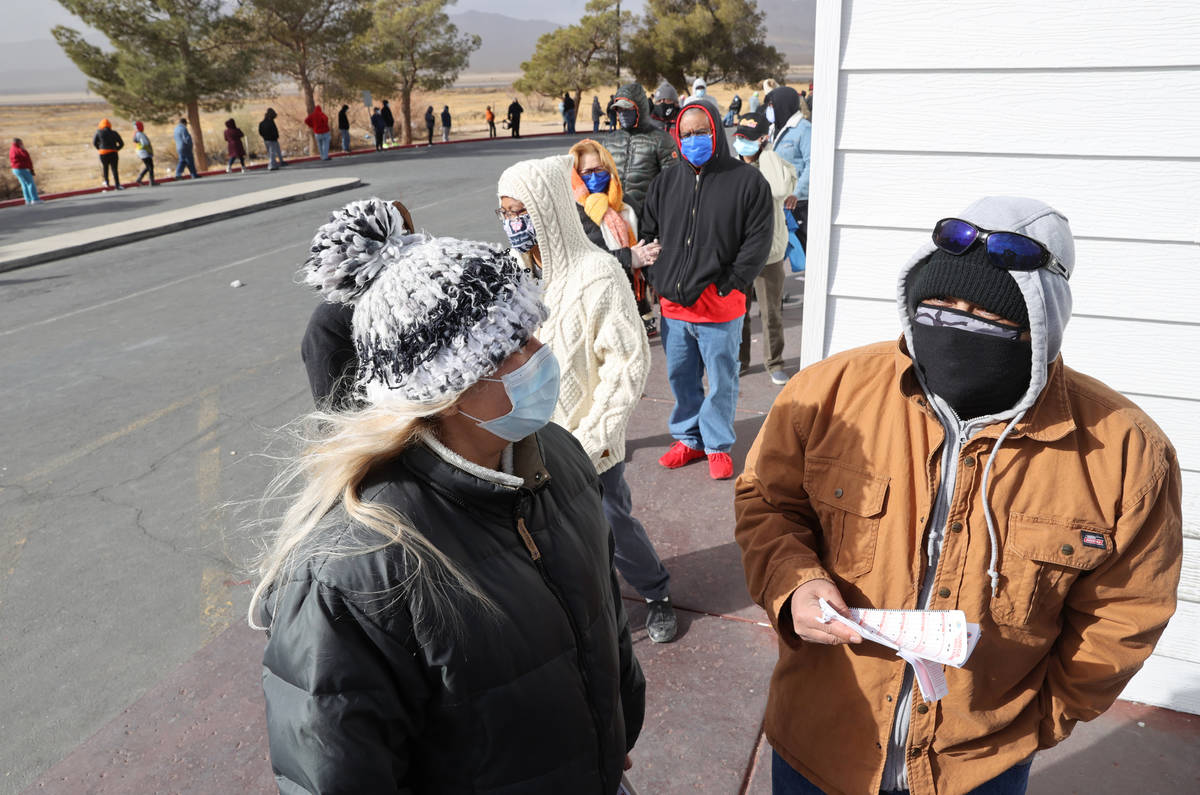 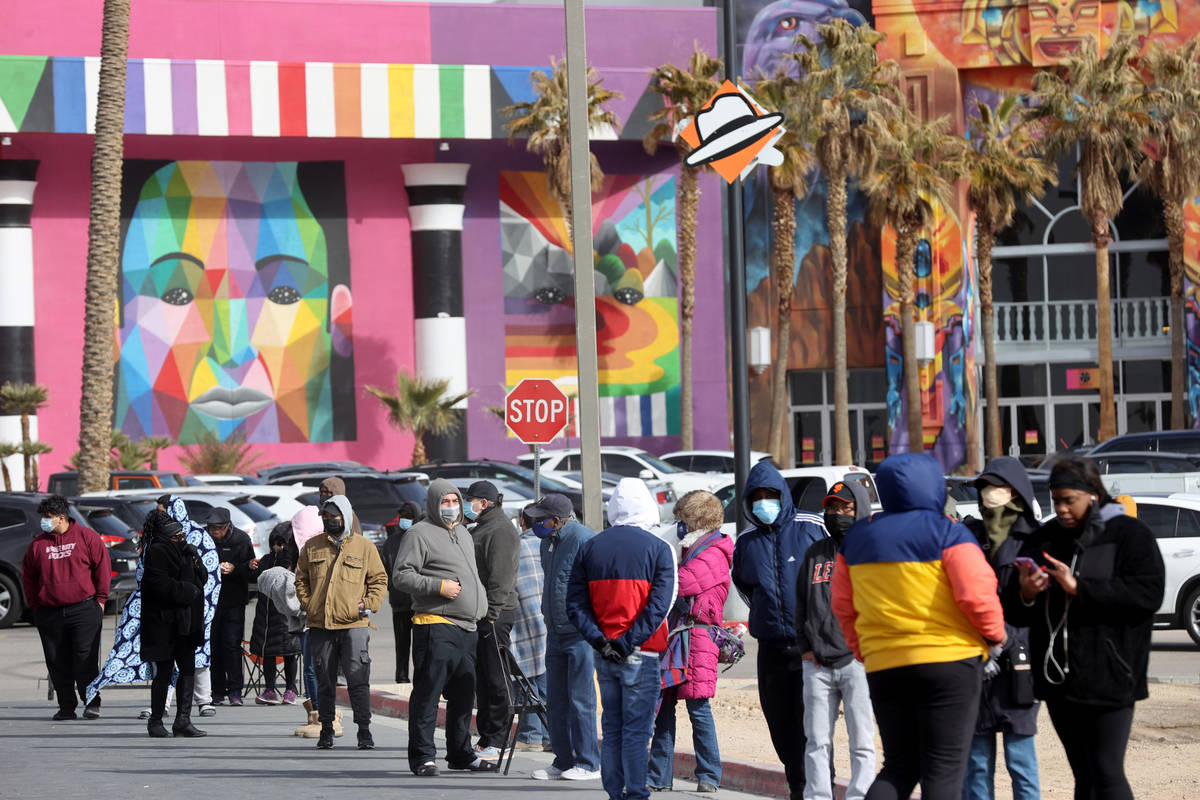 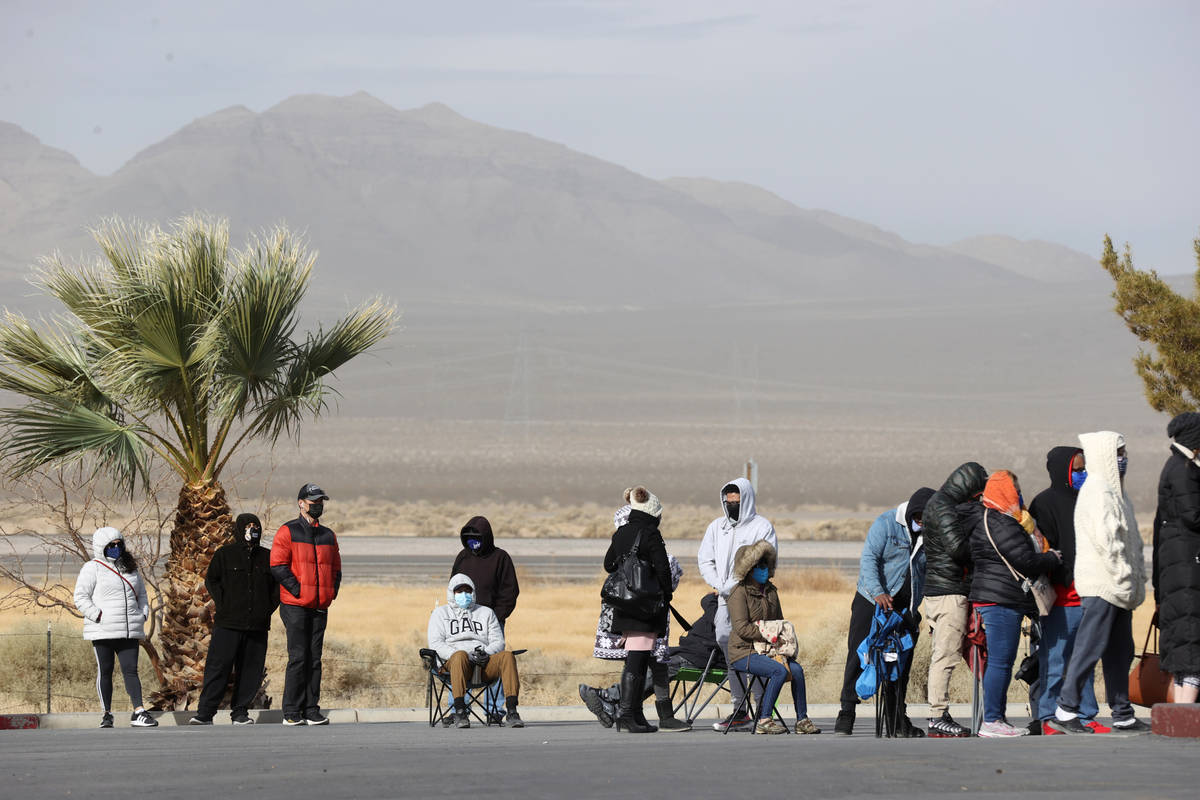 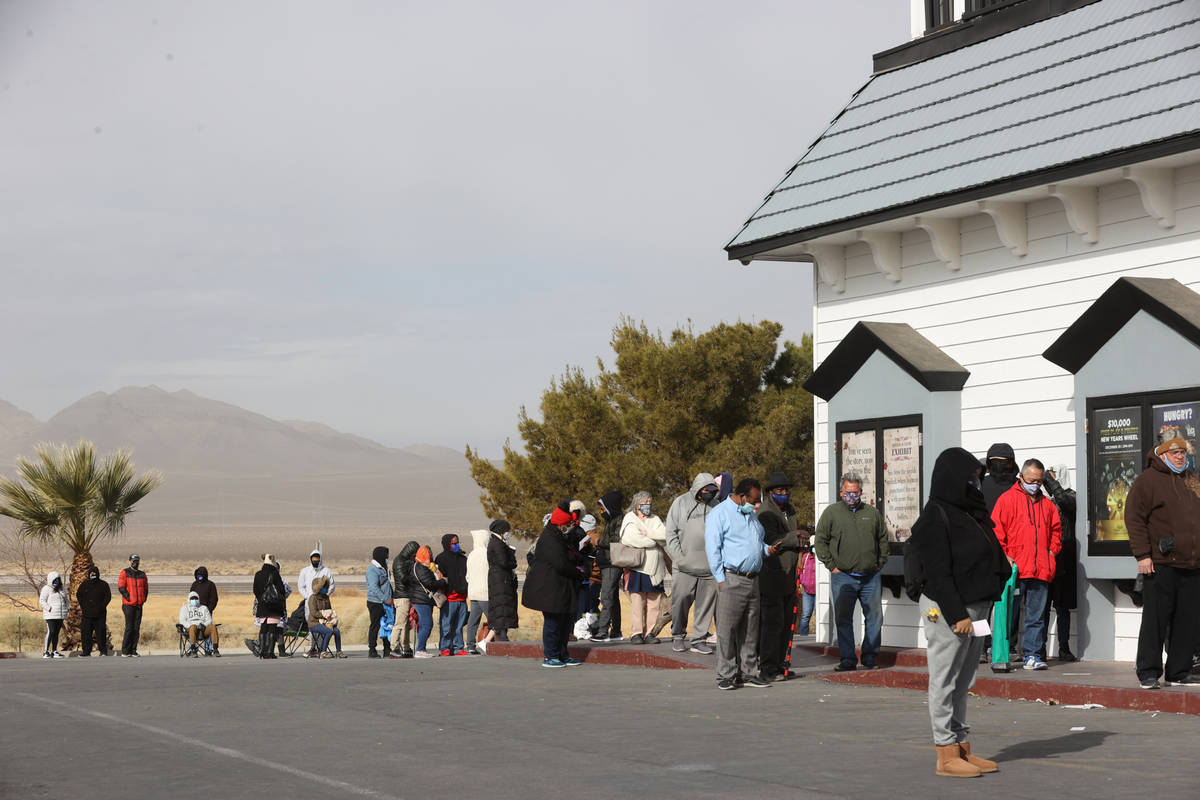 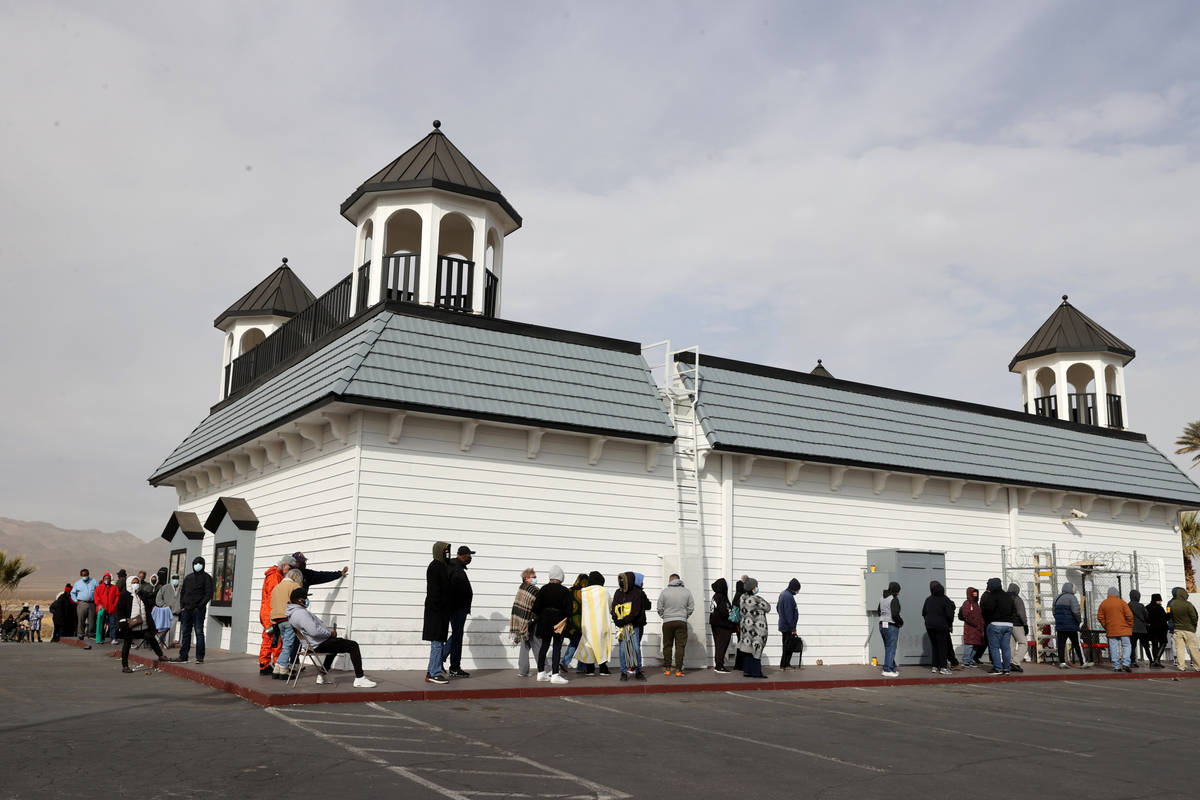 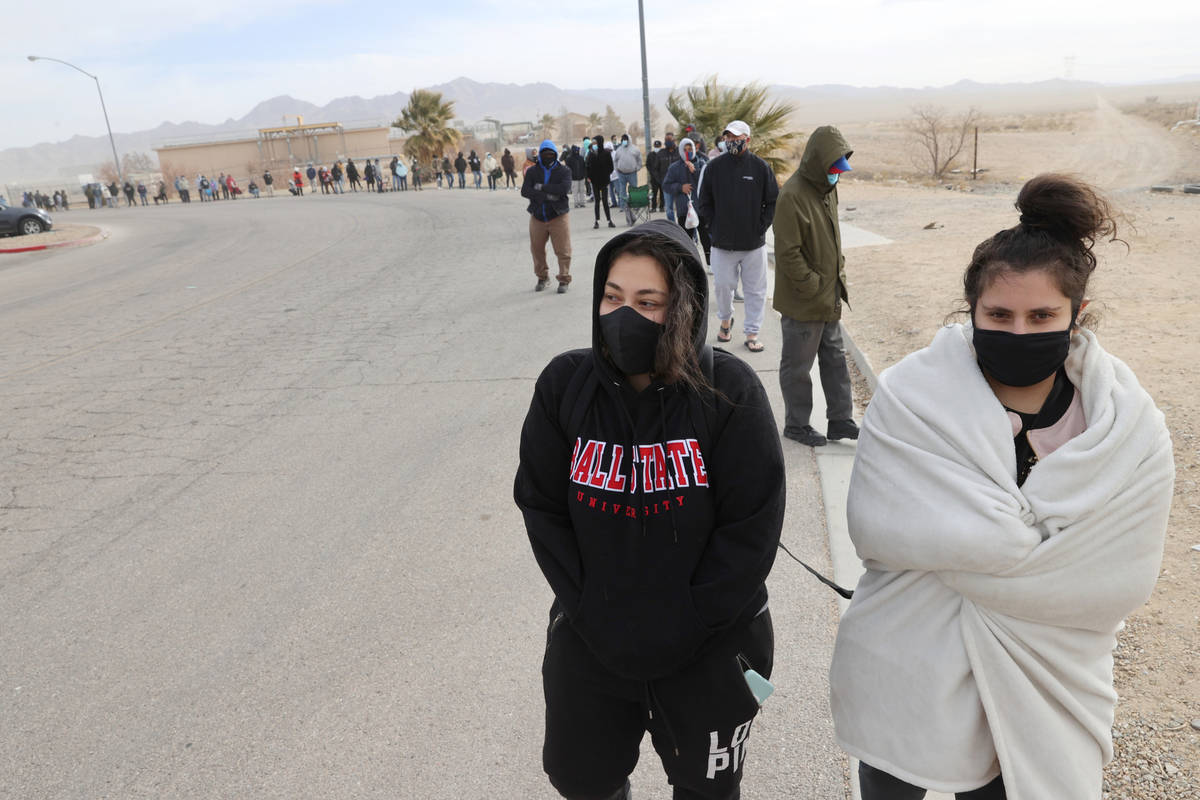 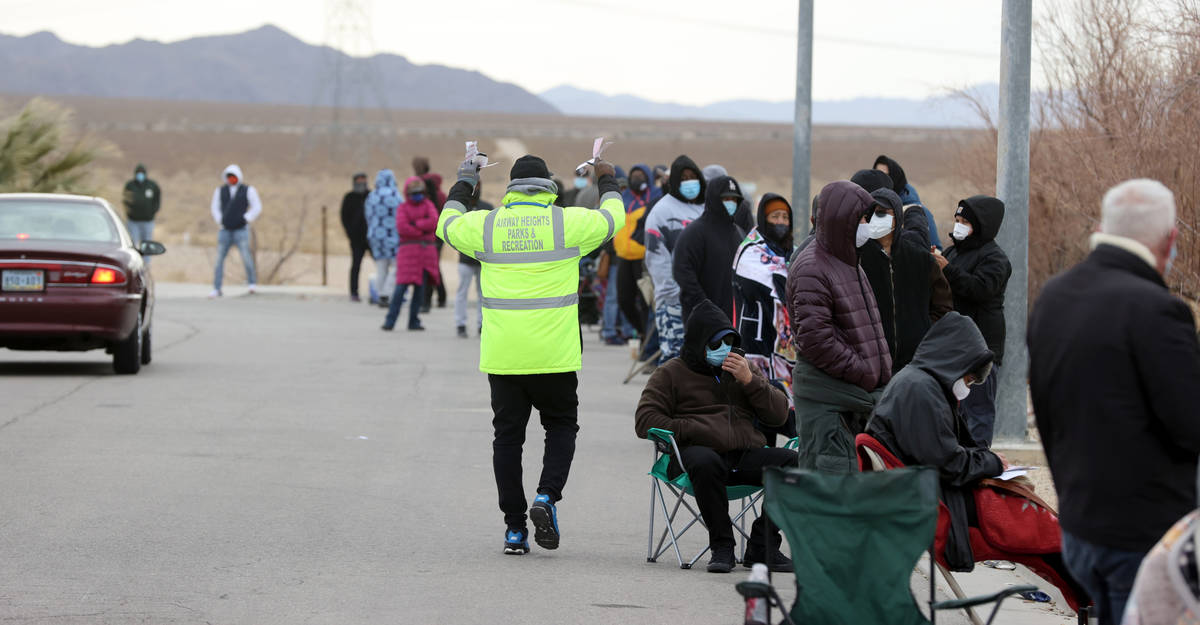 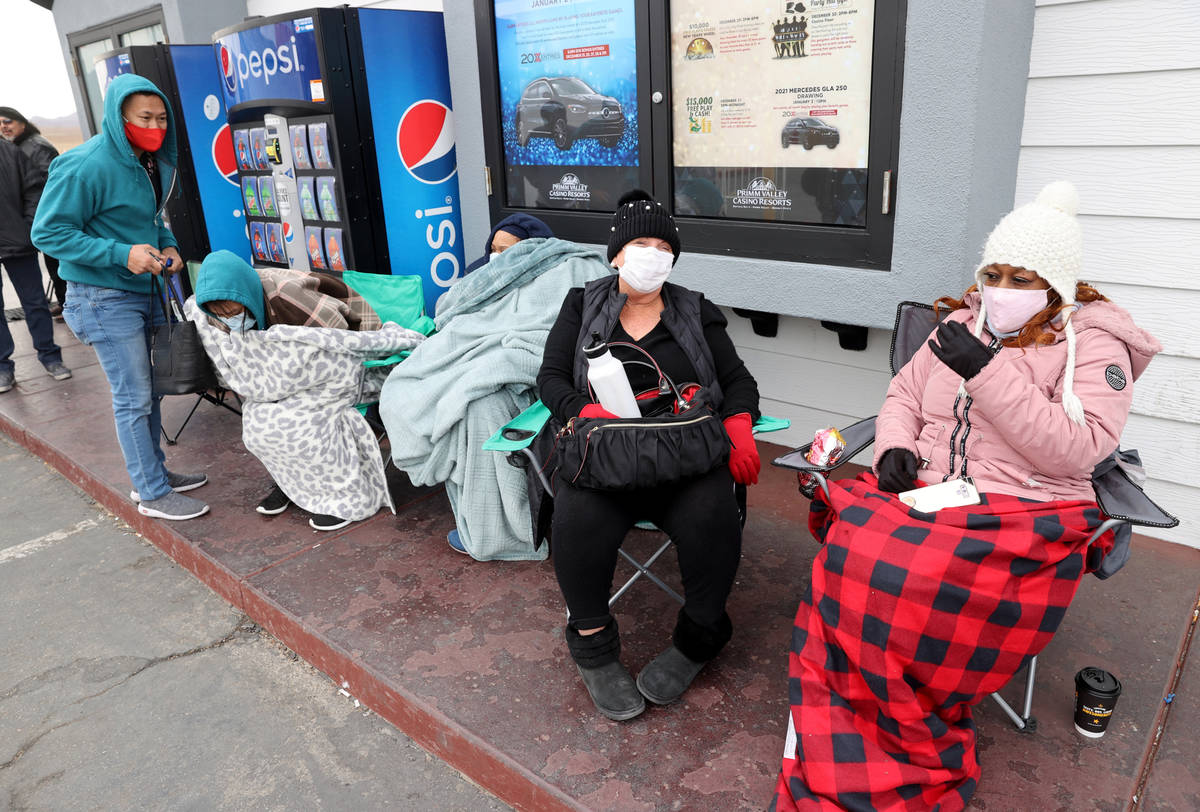 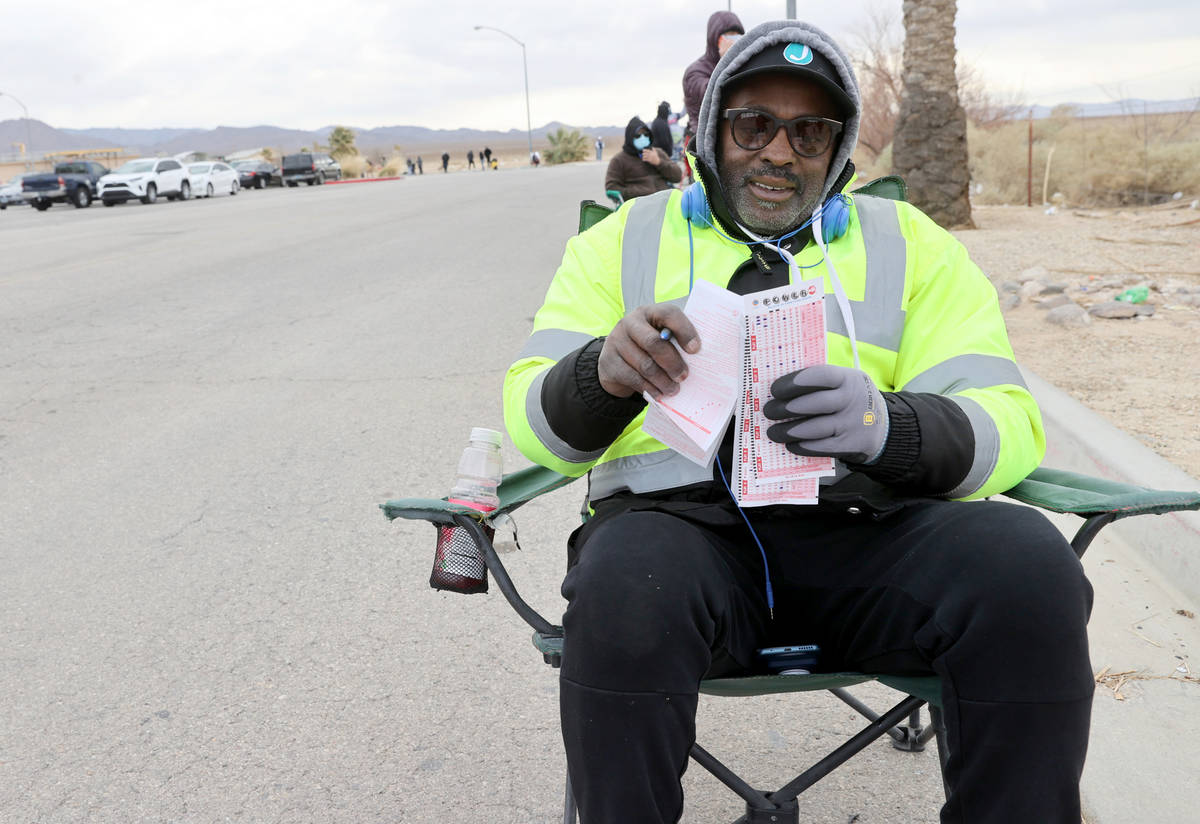 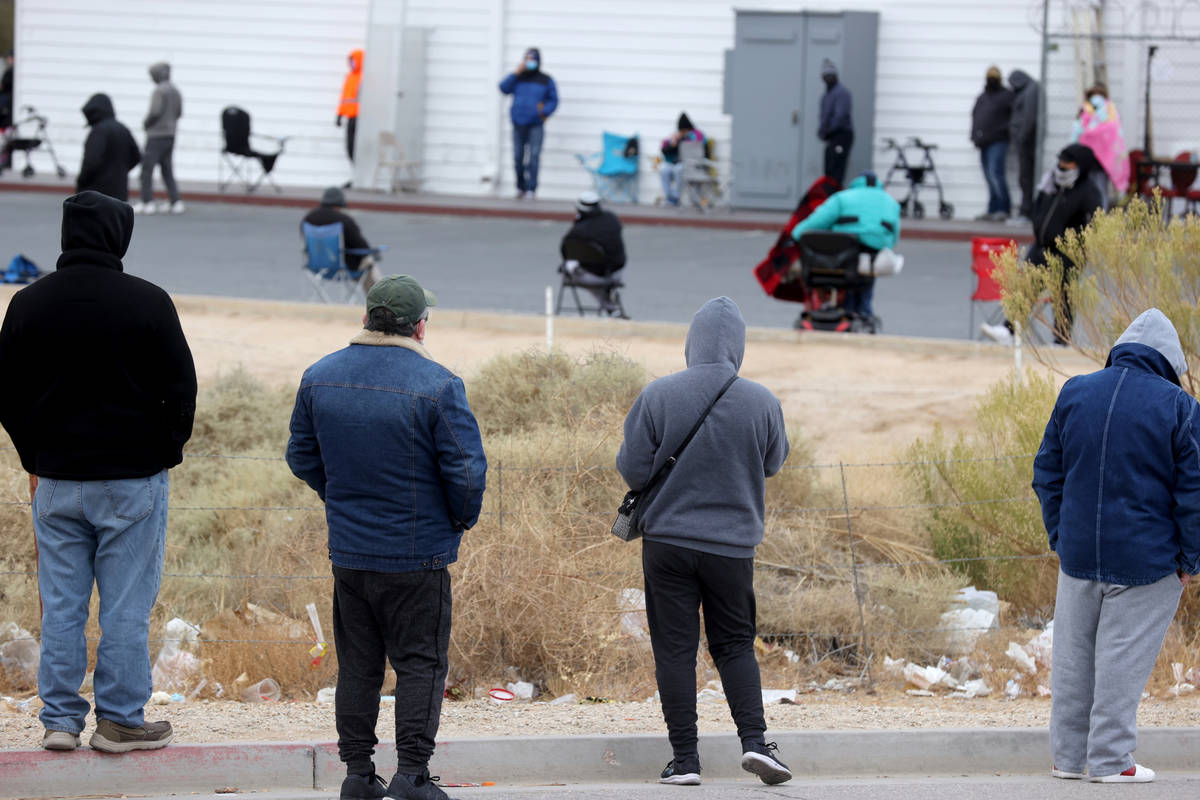 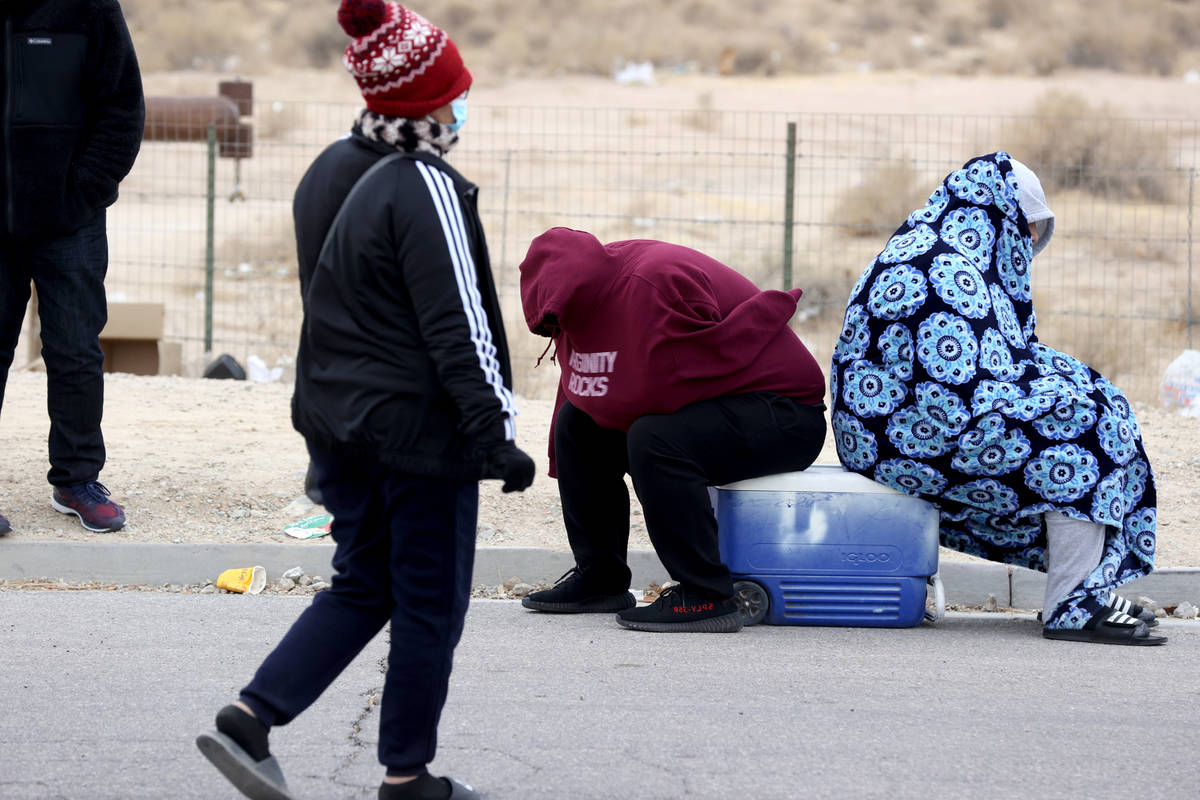 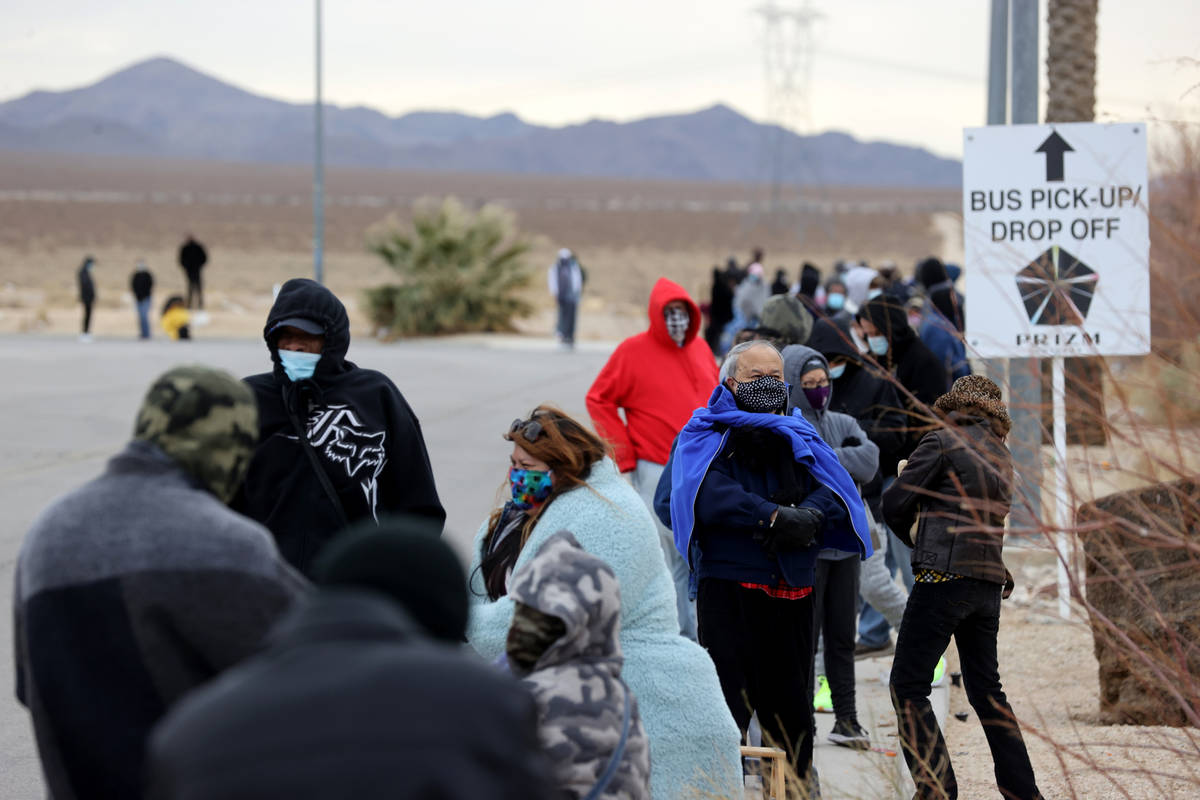 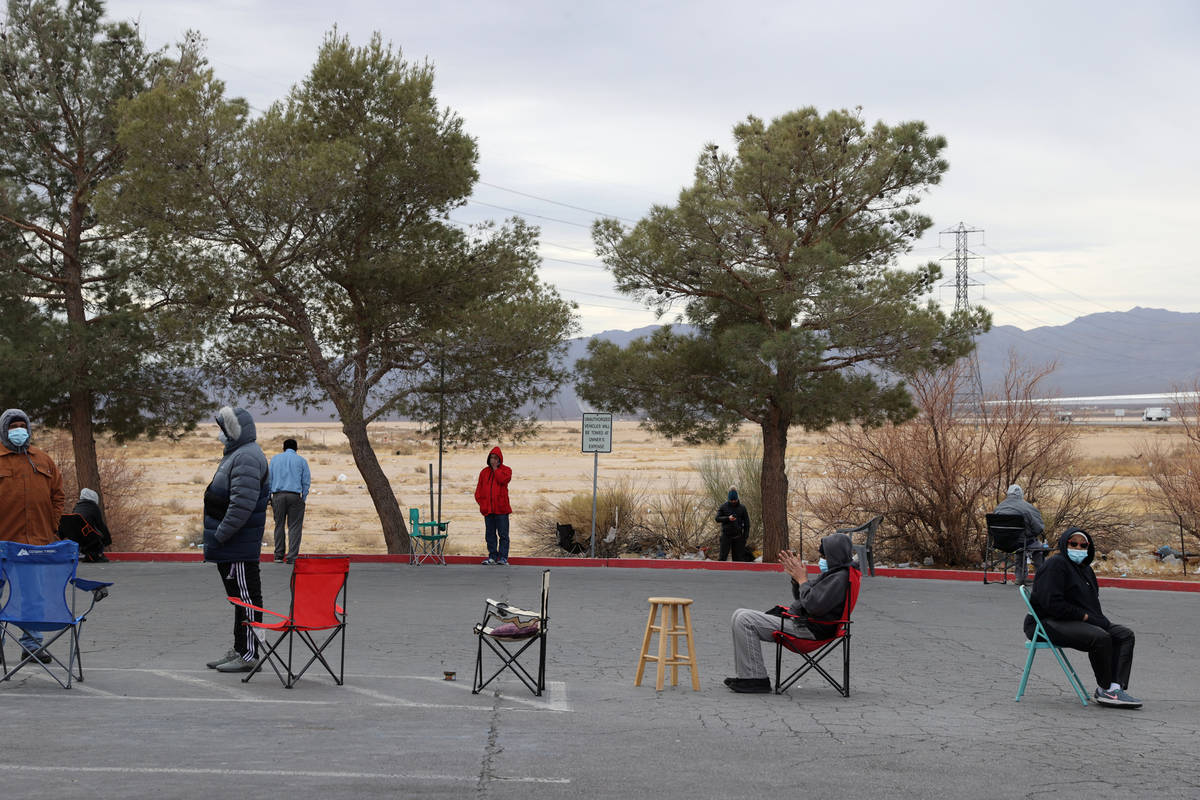 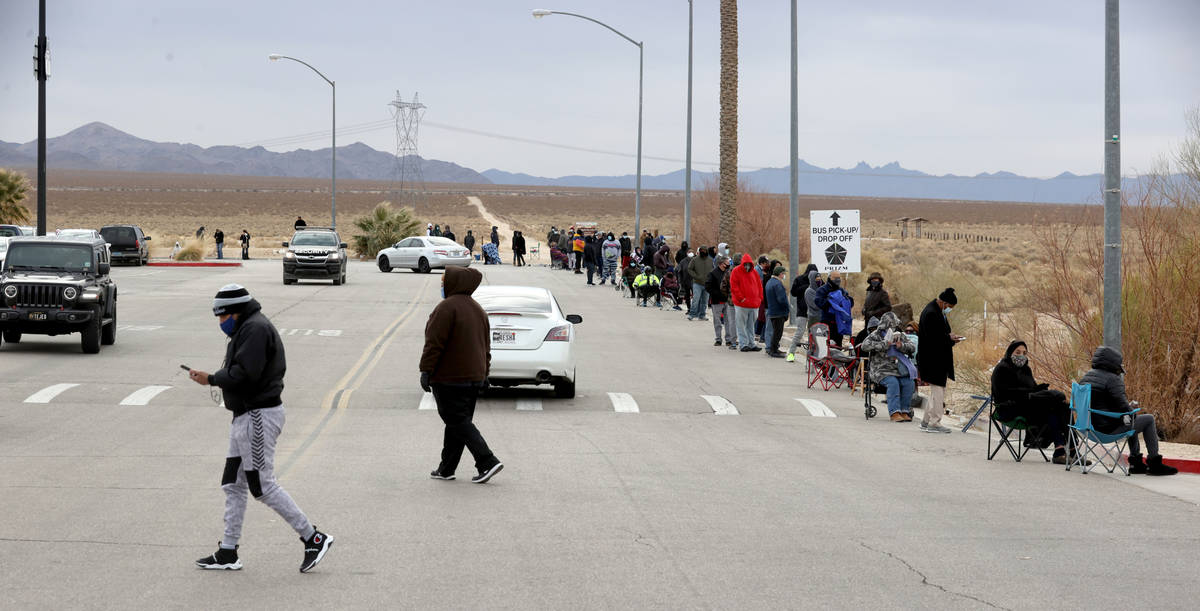 Joe Matau knew that he had to be first in line.

“I left home at 2 a.m., stopped by Starbucks, picked up a cup of coffee and got some doughnuts,” the 52-year-old Henderson resident told the Review-Journal on Tuesday. “And what I did was put my chair (outside the door) and left it there while I went to the car and took a six hour nap.”

Many others followed suit, parking their cars outside the Prizm Outlets in Primm, just at the California-Nevada border. Some people draped in blankets had their lawn chairs out with their tumblers, braving the cold as they waited for one tiny store’s doors to open at 10 a.m.

But their eagerness wasn’t for Black Friday or a shopping bonanza frenzy.

And while Las Vegas is known as a gambling Mecca, California offers something that Nevada doesn’t: lottery tickets. The state does not participate in the multistate lottery drawings and has no lottery. The Primm Valley Lotto Store’s location off Interstate 15 sits just over the border on the California side.

Mega Millions’ jackpot has grown to “rarified territory,” with the prize reaching an estimated $865 million — the game’s second-largest jackpot and the third largest in U.S. lottery history— after there was no winner in last Friday’s drawing. The next drawing is at 8 p.m. tonight.

There was no jackpot winner declared during Saturday’s drawing for the Powerball either.

Powerball has now soared to $730 million and, if won, would be the fourth-largest jackpot in the game’s history and the sixth largest in U.S. lottery history.

“This is the highest the Powerball jackpot has been since March 2019,” the company said in a press release. The next Powerball drawing is on Wednesday at 7:59 p.m. PST.

Half an hour before the store’s doors opened, a line snaked around the building and stretched through the sidewalk near the parking lot. Hundreds showed up. The company required jackpot hopefuls to be in line by 3 p.m., a two-hour buffer before the store closes.

Matua said he’d use the jackpot winnings to pay off bills and the mortgage on the house, and to help his children and grandchildren.

Las Vegas resident Gary Bradford, 57, was waiting on the sidewalk when he arrived by 6 a.m. Bradford, who is unemployed, said the lottery jackpot would do wonders for his family.

“This is really the first time I’ve ever played,” said Bradford. “The money will be a jump-start, and I can help so many people. I will give to family, friends and I would go around to people who are less fortunate and are having hard times. I would give it to anyone and pay it forward.”

Las Vegan Valerie Simpson, 64, arrived at 4 a.m. and invited 63-year-old Pahrump resident Tonya Hayes to join her in line when she arrived at 7 a.m.

“We bonded in line sharing stories,” said Hayes, who added that she will be using a combination of lucky numbers for her tickets. “I took my husband’s birthday along with my husband’s phone number when he was a child.”

Sisters Fadia and Hilda Salman, of Henderson, said they would use the jackpot to purchase and operate a luxury cat shelter.

“I’d open a big, luxury cat shelter for all the cats for all of our friends and family,” said 25-year-old Fadia Salman.

Mario Palencia, 50, of Las Vegas, said he was in line by 6:10 a.m. Last week, he waited for hours in line after arriving at 11 a.m. to purchase lottery tickets for the first time.

“I want to win the lottery and become a billionaire,” said Palencia, who will be using his family member’s birth dates as his lucky numbers. “Even if I win like a couple million dollars, I’ll take care of my family first, and then all of my friends. Go on a nice vacation and take them everywhere.”

Matau said that he hopes he doesn’t have to come back again, but added he will if there are no winners declared again.

“I hope somebody here in Las Vegas will win it so I don’t have to come back tomorrow or another day on – it gets really cold,” he said. “I’m coming back tomorrow again, just for the Powerball, just in case I don’t win the Mega Millions tonight.”