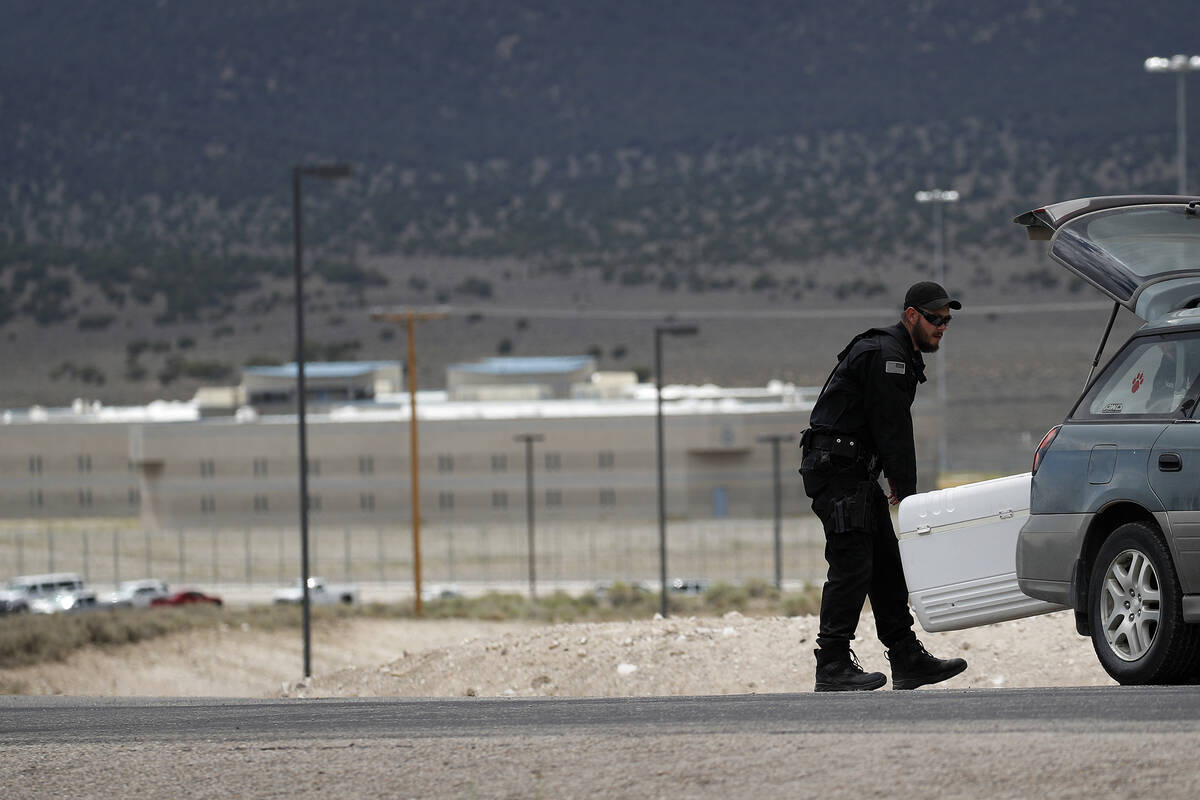 A corrections officer packs up a checkpoint near the entrance to Ely State Prison. (AP Photo/John Locher)

The Nevada Department of Corrections said 39 inmates started the strike on Dec. 1, protesting food portions and confinement. The inmates’ health was monitored throughout the month, prison officials said.

“The NDOC is pleased the offenders voluntarily ended the strike,” a spokesperson wrote Friday in a message.

In a protest earlier this month, advocates for the inmates said they had multiple demands, including an end to solitary confinement, lockdowns, group punishment and alleged violence from staff.

The prisoners also wanted safety concerns such as mold, rodents, heating and air conditioning issues to be addressed. They also were asking for more nutritious food and for a group of stakeholders to convene and provide oversight of all Nevada incarceration facilities.

Prison officials said food portions are being audited across the state, but they did not comment on the inmates’ other demands.

A representative from the Return Strong organization, which put the protest together, could not immediately be reached Friday.