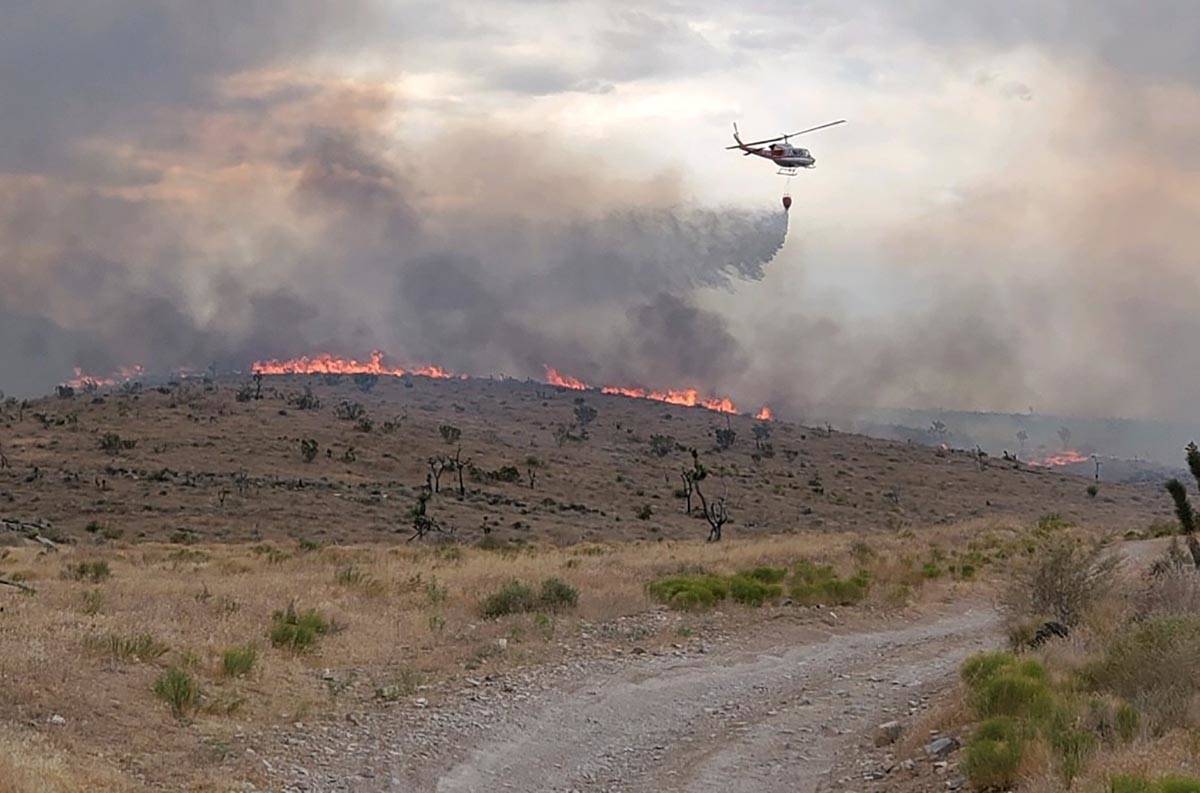 A helicopter is used to battle flames at the Cottonwood Fire north of Goodsprings and southwest of Las Vegas on Monday, July 20, 2020. (U.S. Forest Service) 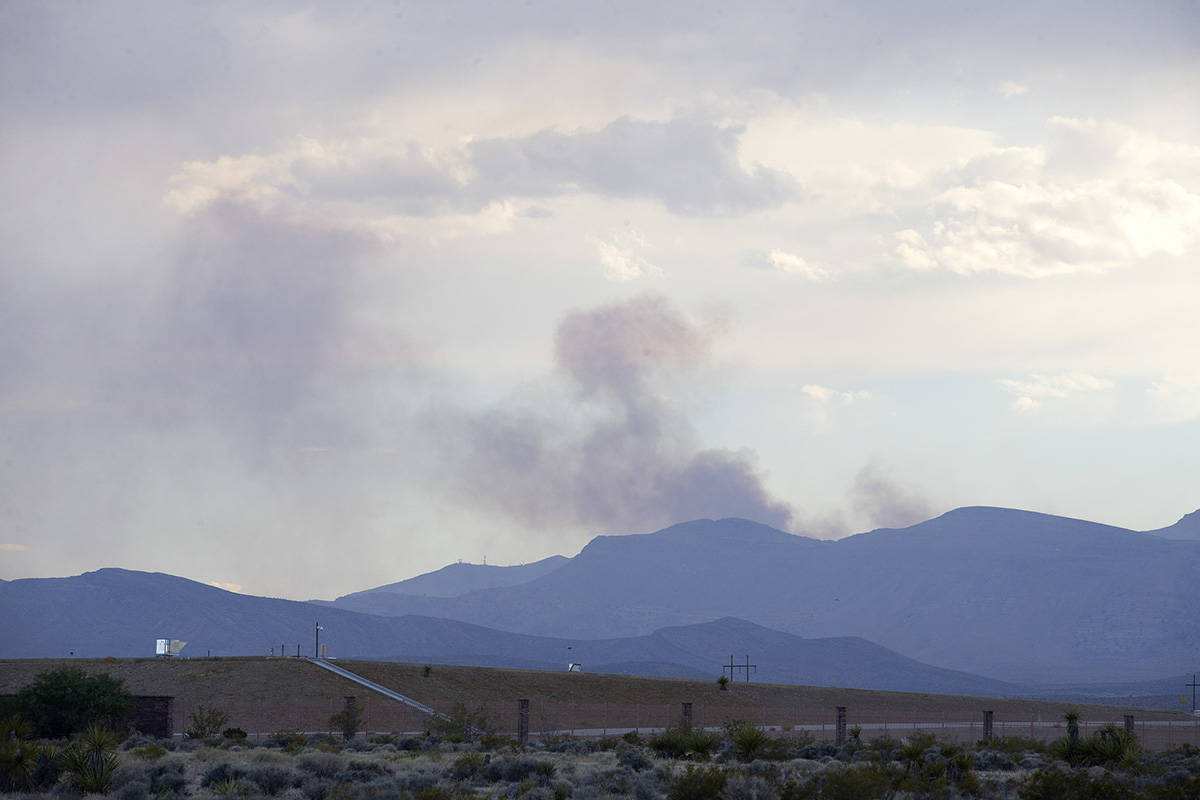 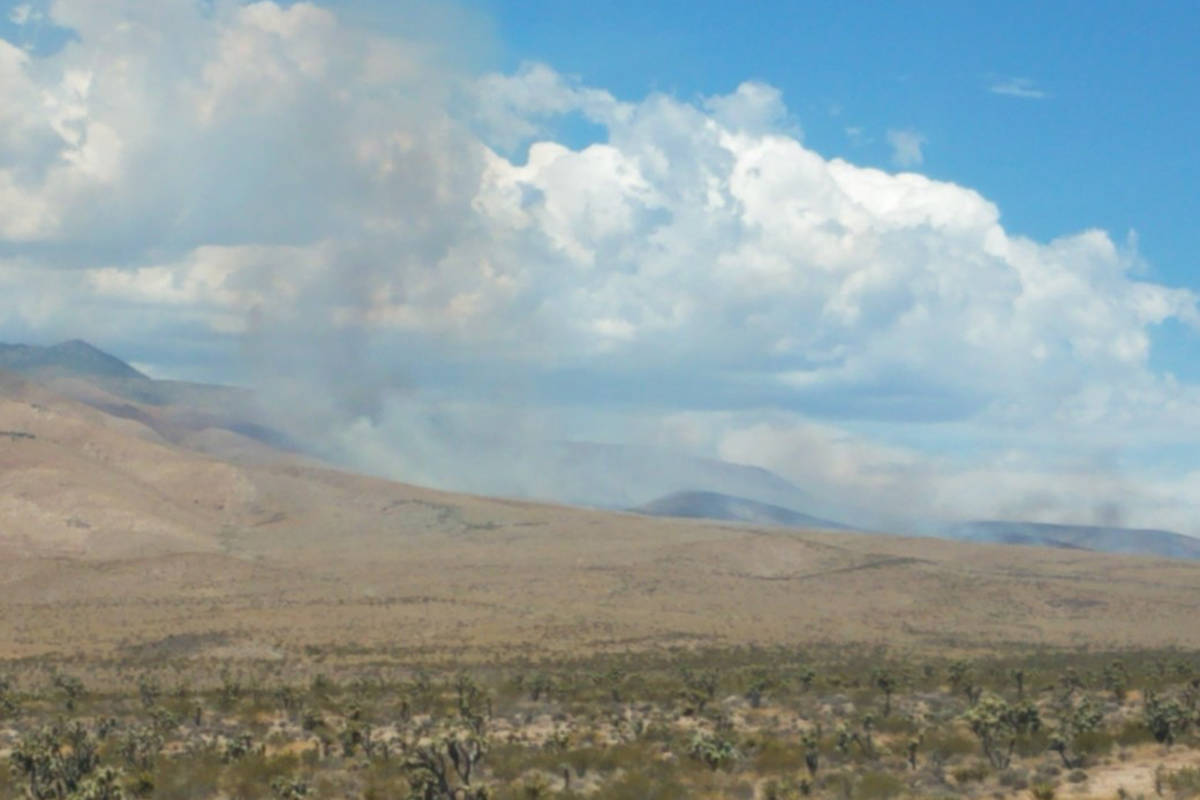 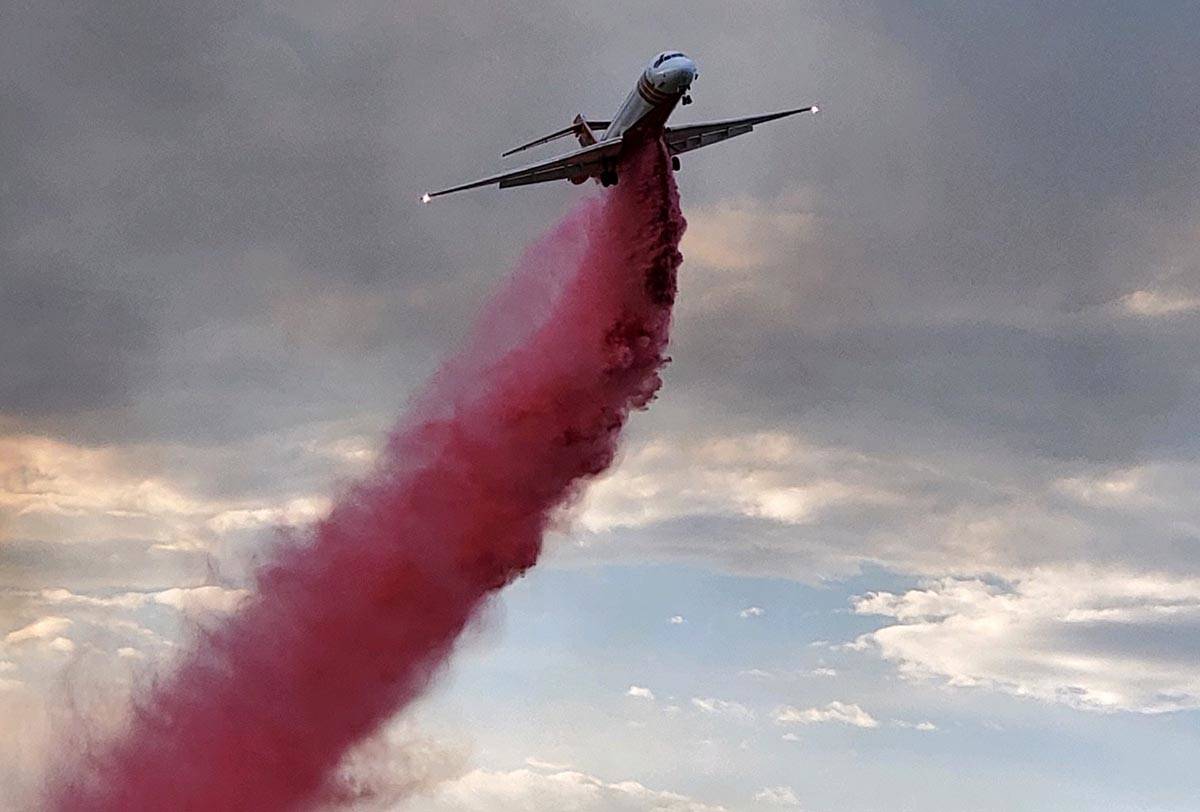 A wildfire that started Monday near Mount Potosi had burned 2,741 acres as of Tuesday afternoon, according to the U.S. Forest Service.

The lightning-caused fire burning between state Route 160 and Goodsprings was 5 percent contained, fire prevention officer Ray Johnson said, and no major roads or communities are in danger.

The #CottonwoodFire is now 2,741 acres due to more accurate mapping. Fire behavior is moderate and backing into the wind. Hard work from firefighters has increased the containment to 5%.https://t.co/BK88H2JDQQ pic.twitter.com/8k5fG8SRIq

Johnson said 85 firefighters, including a hotshot crew, had been working the fire all day and didn’t expect to see much growth Tuesday night. He said the crews have made “really good progress.”

“The fire basically has nowhere to go,” Johnson said. “The air crews have been dropping retardant around it all day, so it doesn’t have anywhere new to burn.”

“Yesterday (Monday) the fire was driven by critically dry fuels, winds and topography, making suppression efforts difficult for firefighters and periodically causing extreme fire behavior,” the Forest Service said. “The fire burned to the base of Potosi Mountain, but has not moved up the slope of the mountain.”

The Forest Service said authorities are working to protect communications infrastructure at the top of Mount Potosi.

“Because of the communications site located on top of Potosi, point protection was performed by aircraft as a precaution,” the Forest Service said. “Point protection is a wildfire response strategy which protects highly valued resources from the wildfire without directly halting the continued spread.

“A Temporary Flight Restriction, or TFR, has been issued over the fire which has affected the approach and departure route for the McCarran International Airport in Las Vegas,” the Forest Service said. “TFRs are issued to provide safety for firefighters both in the air and on the ground.”

Johnson said the fire broke out Monday morning after storms in Cottonwood Pass, southwest of the Las Vegas Valley.

The Bureau of Land Management and the Clark County Fire Department are assisting with ground and air crews.