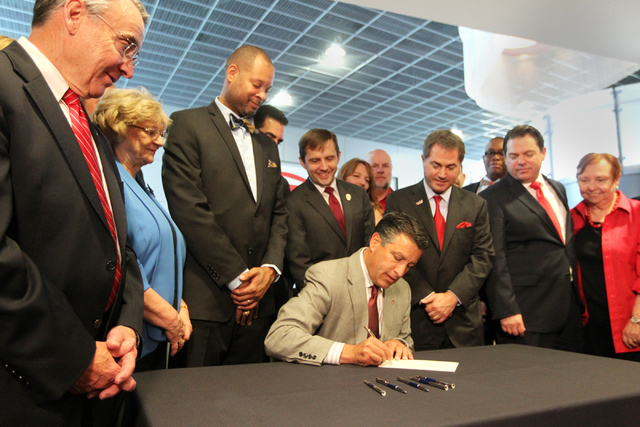 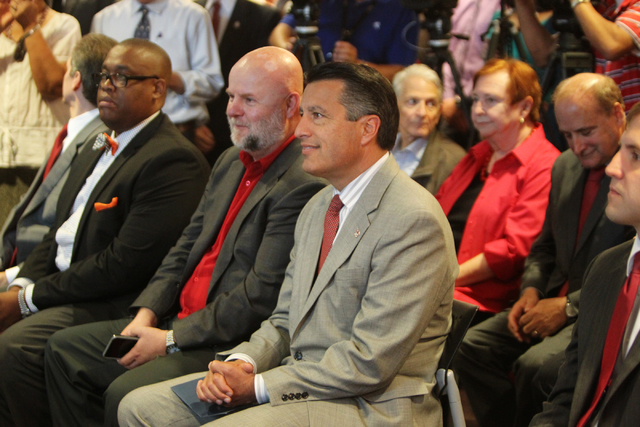 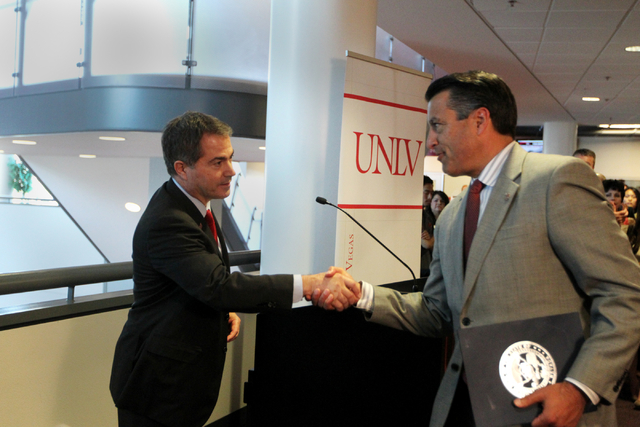 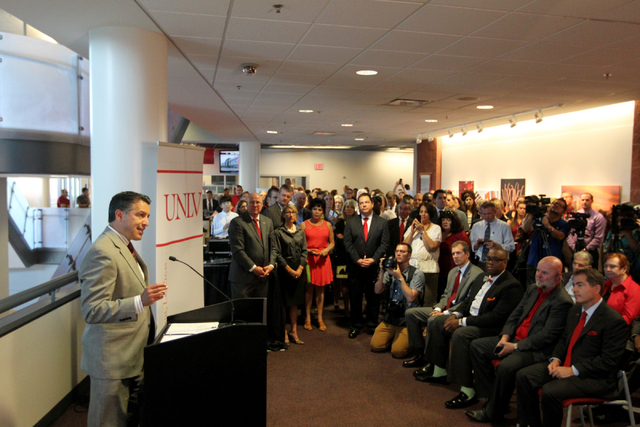 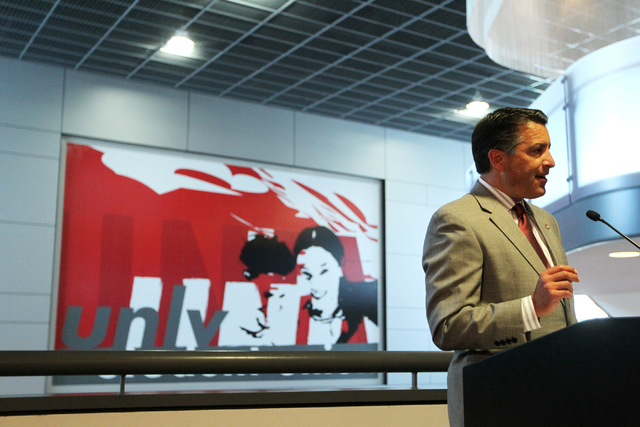 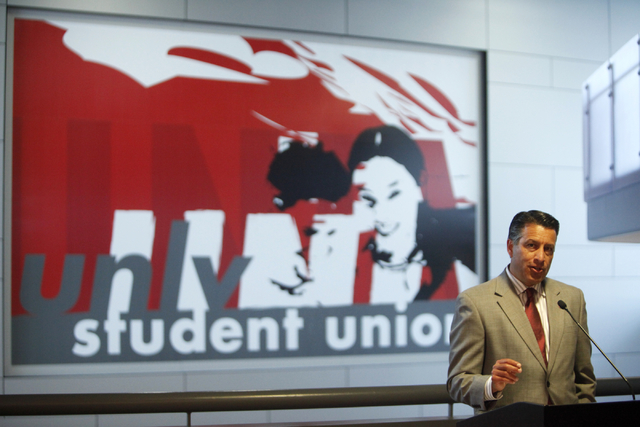 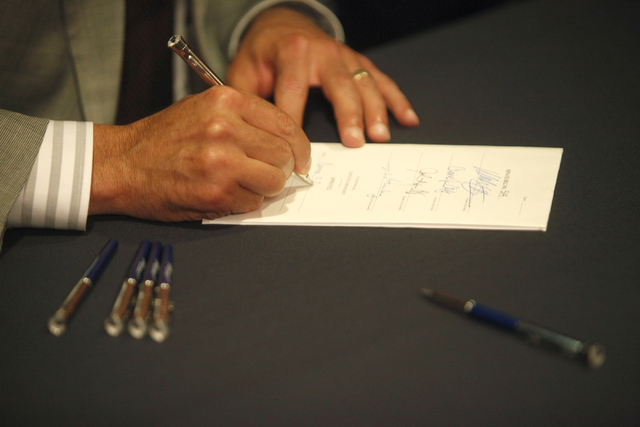 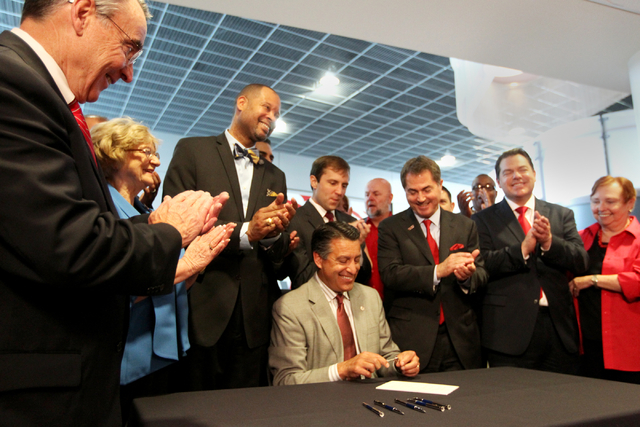 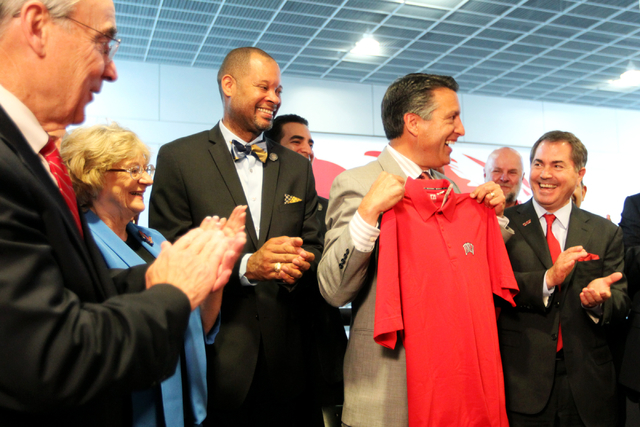 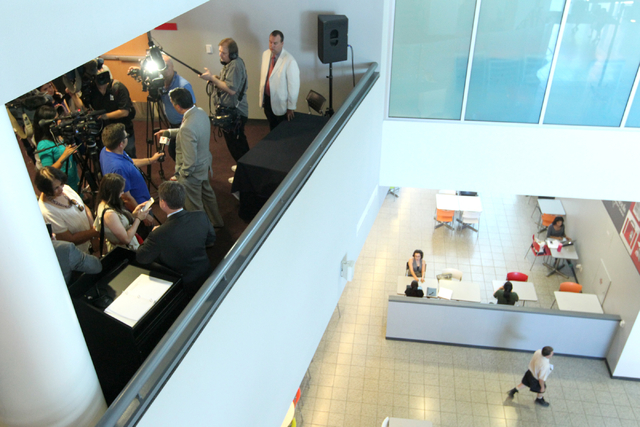 As Nevada’s education leaders began preparing to implement sweeping changes to the state’s public school system, Gov. Brian Sandoval on Thursday signed several bills to modernize what and how students learn in the Silver State.

Sandoval, flanked by members of the State Board of Education during a signing ceremony at the Nevada Department of Education offices in Las Vegas, first signed into law Senate Bill 474 to create a grant program for increasing professional development and leadership training for school teachers.

Sandoval also signed Senate Bill 508, which updates the funding formulas for public schools, and the total K-12 budget in the form of Senate Bill 515.

“You’re about to take on a monumental task,” Sandoval told state board members who now must oversee the implementation of each measure in the coming months.

The three bills represent just a fraction of all bills impacting public education that were approved in the legislative session that ended June 1.

Other bills require the education department to create a new bullying prevention office, offer scholarships and incentives to recruit more teachers and convince them to work in underprivileged schools, reduce class sizes and more.

The passage of just two or three of those bills would have been considered “dramatic,” said Superintendent of Public Instruction Dale Erquiaga, who estimated a total of 25 education bills passed during the legislative session.

Before signing the bills, Sandoval highlighted a number of education initiatives included in the state budget to offer a “sense of the breadth of this investment.”

He noted a $10 million appropriation for preschool programs, expansion of full-day kindergarten across the state, third-grade literacy requirements and $25 million for special education and more. Sandoval also mentioned new funds for technology, career and technical education and career- and college-ready standards at the middle and high school levels.

Sandoval also signed Senate Bill 111, which requires certain Nevada Highway Patrol officers to wear a body camera, during a visit to the Department of Public Safety.