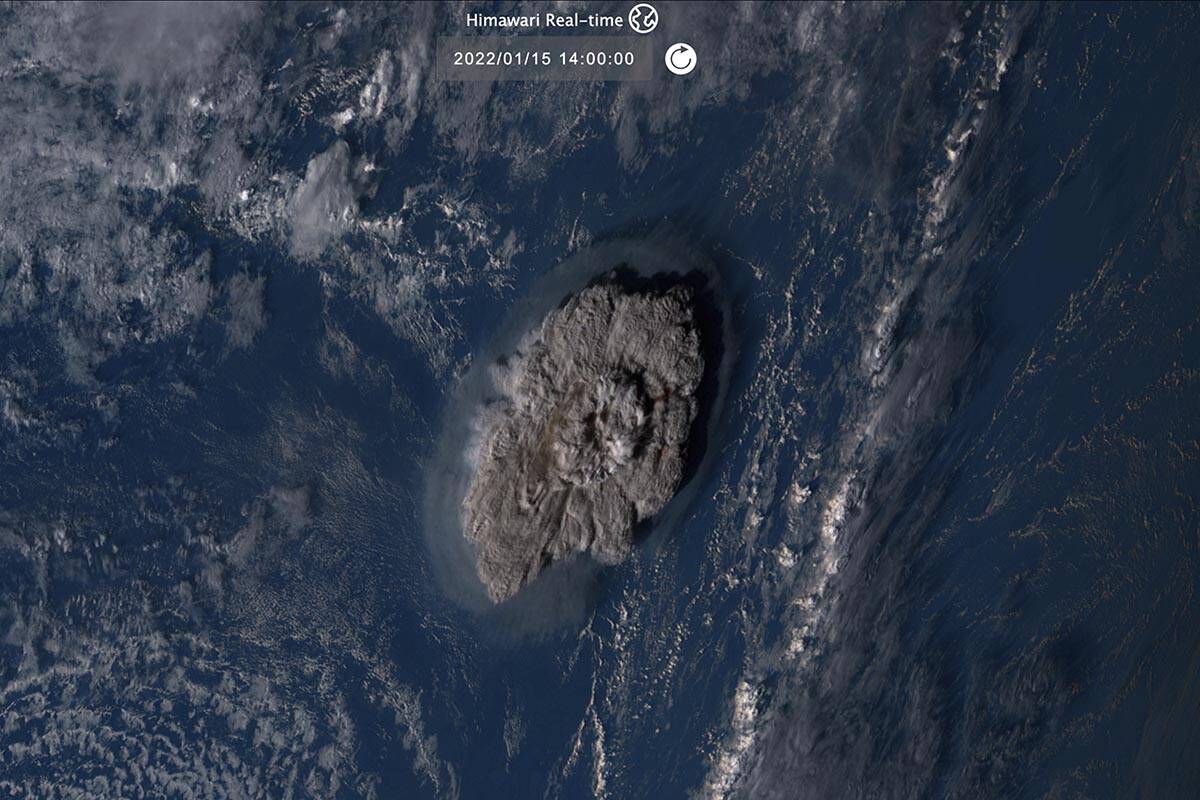 A satellite image taken by Himawari-8, a Japanese weather satellite operated by Japan Meteorological Agency and released by National Institute of Information and Communications Technology (NICT), shows an undersea volcano eruption at the Pacific nation of Tonga Saturday, Jan. 15, 2022. (NICT via AP) 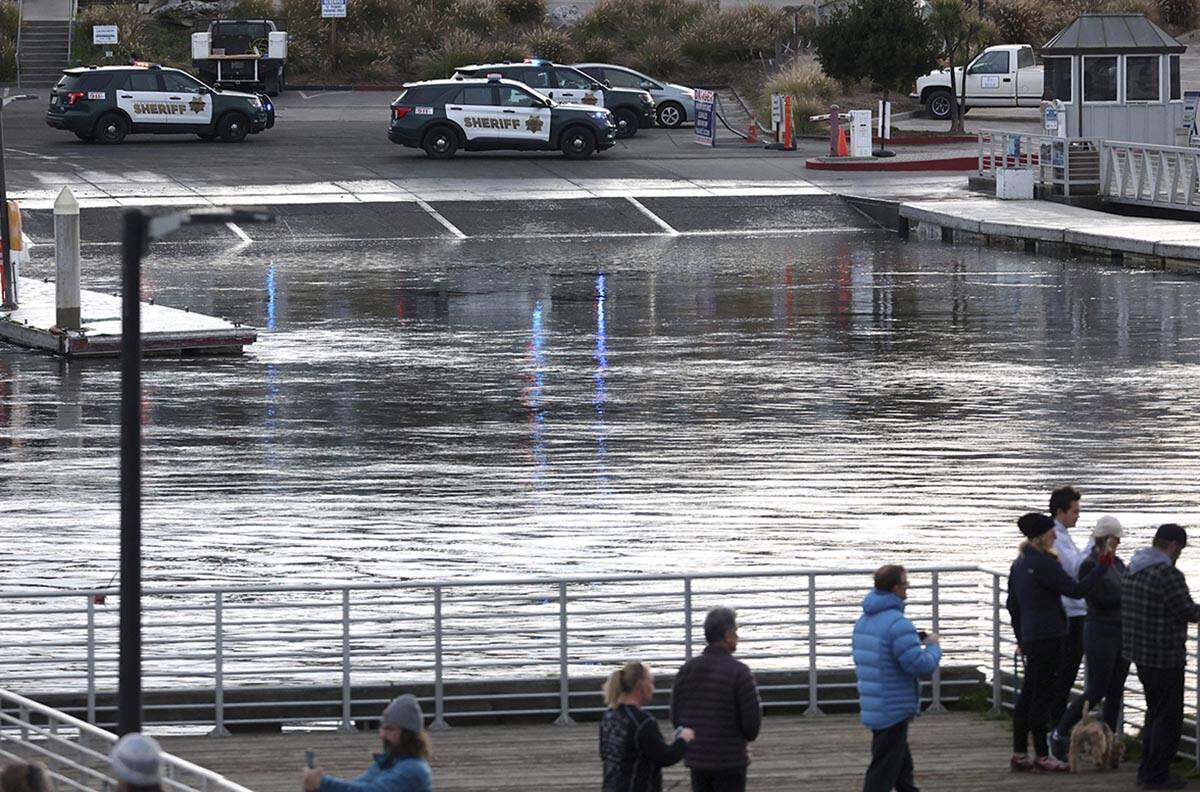 Sheriff's deputies stand by after closing the harbor launch ramp as a tsunami surge flows through the Santa Cruz Small Craft harbor on Saturday, Jan. 15, 2022 in Santa Cruz, Calif. Moments later all the water receded from the lot before flooding it again. An undersea volcano erupted Saturday near the Pacific nation of Tonga, with tsunami advisories issued for Hawaii, Alaska and the U.S. Pacific coast. (Shmuel Thaler/The Santa Cruz Sentinel via AP)

In the wake of the damage caused by the eruption of an underwater volcano near Tonga, the Nevada National Guard pledged its support for Pacific island nation.

“The NV Guard’s prayers are with Tonga citizens,” the Guard tweeted Saturday night. “It goes without saying the NV Guard will do everything it can to support our SPP partners pending future requests for support.”

Staff Sgt. Walter Lowell said Saturday that the Guard assists Tonga with training for disaster response as part of its State Partnership Program.

On Tonga, home to about 105,000 people, video posted to social media showed large waves washing ashore in coastal areas, swirling around homes, a church and other buildings. Satellite images showed a huge eruption, with a plume of ash, steam and gas rising like a mushroom above the blue Pacific waters.