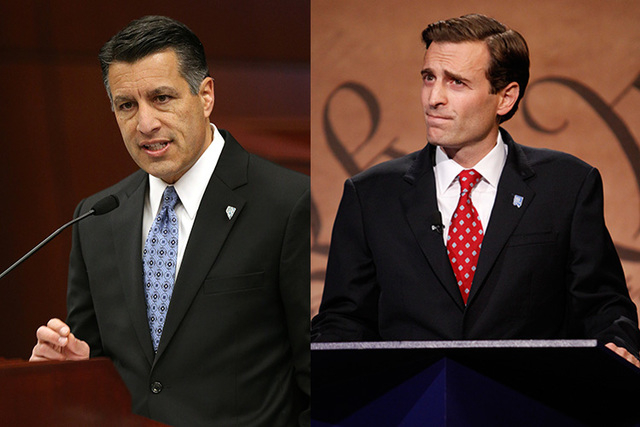 Laxalt, on his own initiative, joined the lawsuit a week ago without first discussing it with Sandoval, although the attorney general’s office did inform the governor’s staff before taking any action.

Both Laxalt and Sandoval have said Obama overstepped his authority by going around Congress to protect up to 5 million undocumented immigrants from deportation, with the attorney general saying the president violated the rule of law.

But Sandoval disagreed with Laxalt’s decision to join the lawsuit, saying it’s a matter best handled legislatively. Obama said he acted because Congress had failed to pass comprehensive immigration reform.

Sandoval met with Laxalt on Thursday morning to discuss the case, he said Friday during an interview with the Las Vegas Review-Journal editorial board. The governor apparently didn’t change his mind about the best way to proceed, however.

“I think it’s a legislative fix,” Sandoval said when asked why he doesn’t agree with Laxalt about joining the lawsuit.

Asked if he thinks that a lawsuit might spur action on immigration, Sandoval said, “I don’t know if it adds pressure.”

Sandoval wouldn’t say whether Nevada would continue in the lawsuit, suggesting the Review-Journal ask Laxalt.

“The lawsuit is going forward,” she said Laxalt told her. “There is no change.”

“He plans to work together with the governor on future issues,” Cafferata added.

Texas filed the original lawsuit after Obama in November expanded a program to shield from deportation immigrants brought to the U.S. illegally as children. He also offered protection to undocumented immigrants who are relatives of U.S. citizens and permanent residents so families wouldn’t be separated.

The lawsuit seeks an injunction of the executive order to allow Congress to act on immigration reform.

Laxalt, who like Sandoval is a Republican, campaigned on a promise to challenge federal overreach.

“Our immigration system is broken and clearly needs to be fixed,” Laxalt said in joining the lawsuit. “But just as clearly, the solution is not for the president to act unilaterally disregarding the U.S. Constitution and laws. The solution must be a permanent, legal result that includes, not ignores, the other branches of government and their constitutional roles.”

Laxalt’s action was criticized by immigration activists and Democratic members of Nevada’s congressional delegation, including U.S. Sen. Harry Reid, D-Nev., who defended Obama’s use of executive action to keep families together.