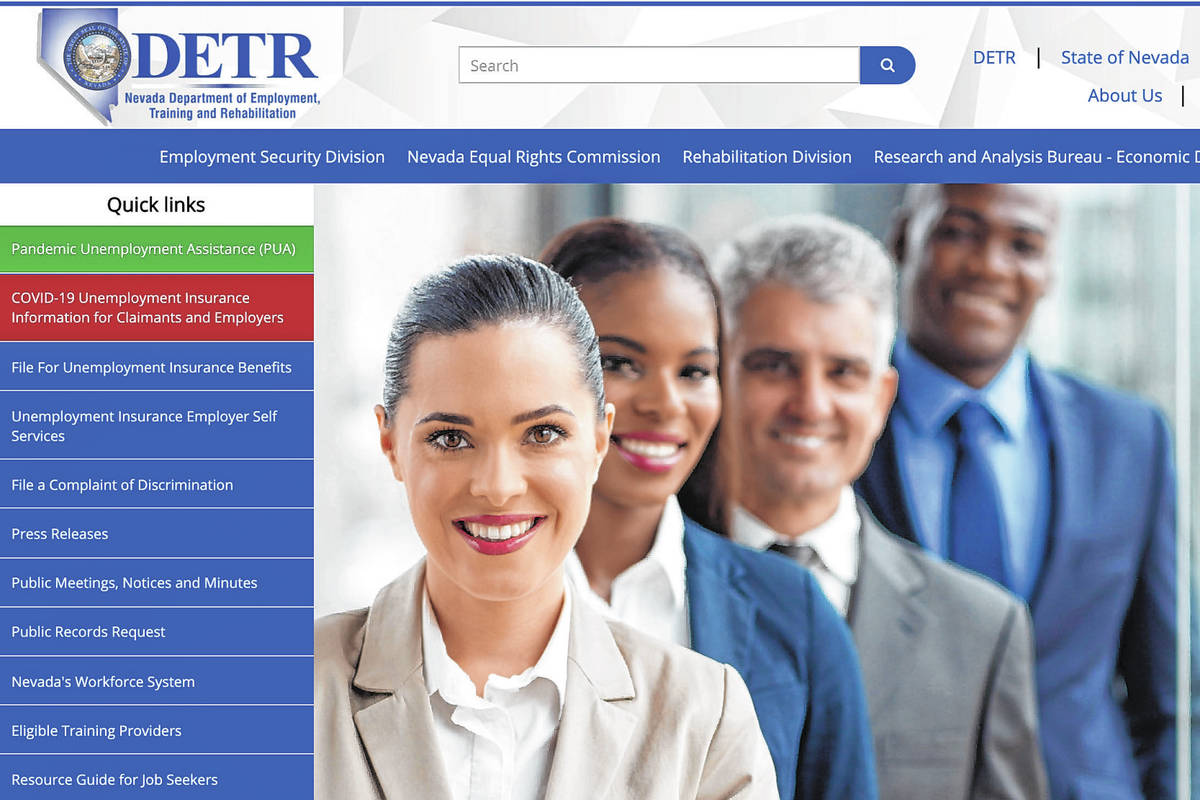 Nevada’s employment agency has launched a pilot program with a new ID verification vendor to help clear the state’s logjam of unemployment claims and to root out fraudulent applications.

A spokesperson for ID.me told the Review-Journal that the company started the online identity verification program with Nevada’s Department of Employment, Training, and Rehabilitation on Wednesday morning “for a few thousand unemployment claims.”

The Virginia-based software company, which bills its verification platform as one that “simplifies how individuals prove and share their identity online,” works with various organizations across sectors to authenticate identities. Several other state labor agencies have already implemented ID.me’s service to prevent fraud and verify unemployed residents, including in Georgia and Florida.

It is unclear whether the pilot program is for Pandemic Unemployment Assistance claims, Unemployment Insurance benefits, or both.

ID.me declined to provide details of the company’s arrangement with DETR.

Rosa Mendez, a spokeswoman for DETR, did not provide comment.

“The challenge of preventing fraud through better identity verification is a national problem, not a state one,” said the ID.me spokesperson. “Organized crime rings have been trying to exploit the situation around COVID to defraud state agencies of their own funds as well as the additional money supplied through federal stimulus programs under the CARES Act. Our goal is to help state agencies identify the legitimate claimants so that they can quickly pay the benefits out to those families in need.”

State and DETR officials have previously said that the agency is battling rampant fraud and that it is contributing to payment delays.

Barbara Buckley, who is leading the rapid-response effort aimed at working through DETR’s worst problems, told the Review-Journal last week that “conservatively” there were 200,000 fraudulent benefits applications in Nevada.

“Fraud is not an excuse to not pay eligible folks, but they clog up the pipeline,” Buckley said. “And they cause staff to spend time they shouldn’t be spending on claims when you have an eligible, deserving Nevadan waiting.”

Here’s how ID.me’s service works: A claimant receives an email from DETR and would be directed to ID.me’s website where they can create and verify their identity.

The company spokesperson said that most applicants are able to complete the self-service process in less than 10 minutes.

Users who are not succesful with the self-service process can complete the verification via a video conference with an ID.me “trusted referee,” according to the company. Once ID.me completes its verification process, DETR would follow up with the claimant with confirmation and additional instructions.