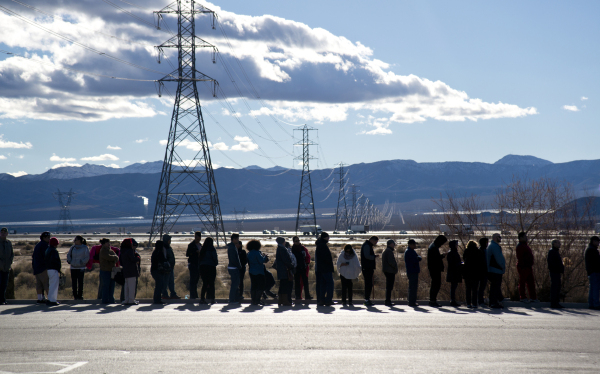 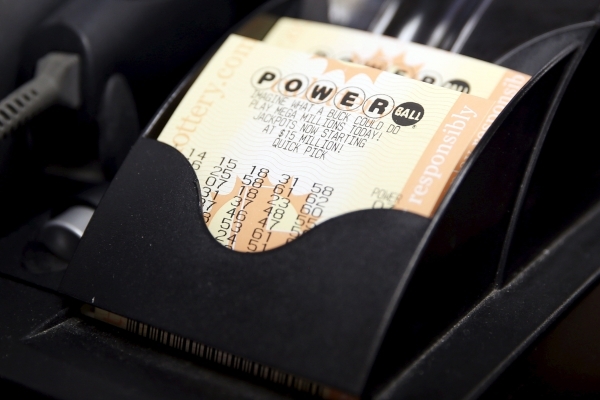 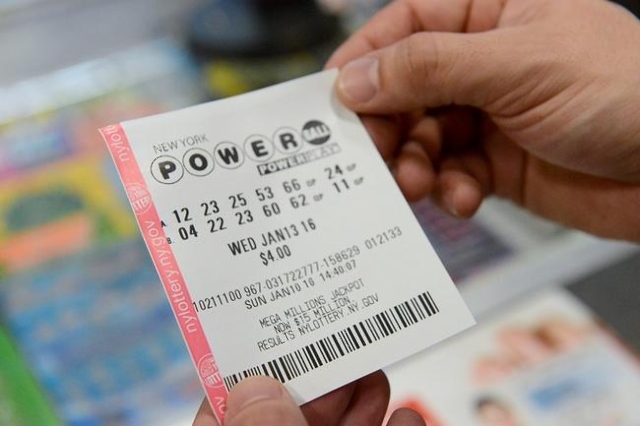 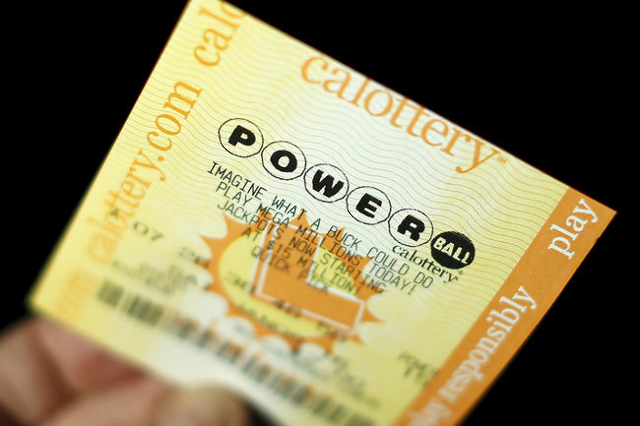 A Powerball lottery ticket is shown in this illustration photograph in Encinitas, California January 8, 2016. The jackpot in the Powerball lottery, already the largest ever payout in North American history, continued to climb, hitting an estimated $800 million on Friday, the operator of the multistate game said.REUTERS/Mike Blake

CARSON CITY — Nevadans driving to Primm or even Baker, Calif., for the chance to buy a lottery ticket in Wednesday’s Powerball drawing might wonder why they can’t just drive to their local convenience store to make the purchase.

But the answer is simple enough. The gaming industry does not want the competition.

Assemblyman Harvey Munford, D-Las Vegas, introduced a lottery measure in the 2015 Legislature. He was flooded with support from all over the state, but the measure did not even see a vote in committee.

“There is no question but that the gaming people put pressure on leadership to kill it,” he said of his measure.

Every effort to amend the Nevada Constitution to allow a lottery that floated in the Legislature over the past 30 years has failed, primarily because of gaming industry opposition. There is also some criticism from religious groups because of the view that lotteries can have negative effects on people with low incomes.

Nearly 30 attempts to establish a lottery in Nevada since 1975 have failed. A measure passed the Assembly in 2009 but did not pass the state Senate. A measure in 2011 did not get a hearing. No measure was introduced in 2013.

Forty-three states now operate lotteries, while Nevada — which legalized casino gaming in 1931 — does not. Wyoming will soon be the 44th state with a lottery. The prohibition was placed in Nevada’s constitution at statehood in 1864. It was amended by voters in 1990 to allow lotteries operated by charitable organizations.

So Nevadans continue to drive to California or Arizona when a big jackpot is in the offing, leaving the state out of the revenue stream that Munford said could bring millions of dollars to the state’s schoolchildren and senior citizens.

“This is a loss of revenue for our state that could be helping the education of our younger constituents,” he said. “It would do so without increasing taxes.”

Munford said Tuesday he was still debating on whether to make the drive to Baker, 95 miles to the southwest in California, to buy a ticket. But he didn’t want to drive to Primm where the wait can be several hours.

“Can you imagine how much money a lottery would bring in to Nevada?” he asked. “A lot more people would play if it was right here at your local convenience store.”

Munford’s resolution was supported at a March hearing by Father David Hoff of Henderson, who testified that a lottery would provide funds for education without raising taxes.

But Janine Hansen, state president of Nevada Families, spoke in opposition, saying low-income and young people would be put at greater risk of developing a gambling addiction with access to a lottery. Lottery tickets are easier to obtain than other gambling opportunities at a casino where the minimum age is 21, she said.

There was no testimony from the gaming industry on Munford’s measure but it never received a vote from Assemblyman Lynn Stewart, R-Henderson, chairman of the Legislative Operations and Elections Committee.

Even if there was support for a lottery in Nevada, it would take quite a while to set one up because the state constitution would have to be amended.

A resolution would have to pass the Legislature twice and then go to the voters before it could take effect. If a ballot measure was proposed by lottery supporters, it would take two votes of the public to get it approved.

If it got to the voters, Munford said there is no question it would pass easily.

Surveys of voters in 2009 showed about 70 percent were in favor of a state lottery. A poll taken by the Review-Journal in 2003 found that 73 percent of residents favored a state lottery.

In 2007, Boyd Gaming and Station Casinos unveiled a study that found a Nevada lottery would create 316 new jobs in Nevada while eliminating 595 jobs in the gaming and hospitality industry. A state lottery, according to the analysis, would bring $48 million a year in profit for the state.