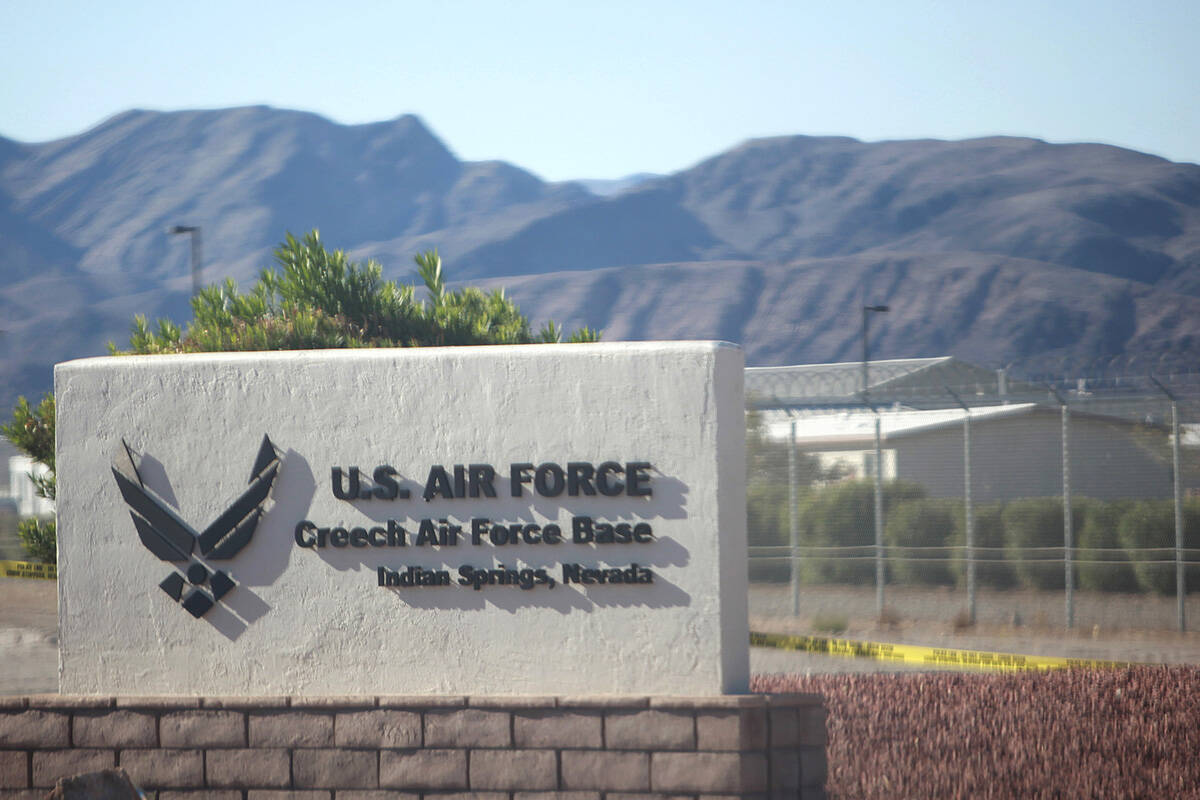 A threat made to staff at Creech Air Force Base Tuesday night led to U.S. Highway 95 being closed near Indian Springs.

At around 4 p.m., a man pulled up to the base and made verbal threats toward staff. Las Vegas police took the man into custody but several suspicious items were found in the man’s vehicle, according to Metropolitan Police Department Lt. Andrew Kelvington.

He said a perimeter was set up around the vehicle that affected traffic on U.S. 95. Kelvington said the Department of Defense was making sure the vehicle was safe.

The Regional Transportation Commission said U.S. 95 was closed in both directions at Indian Springs.

“There is no time frame for when the north and southbound 95 lanes will be open,” Kelvington said in a text message around 8:15 p.m.