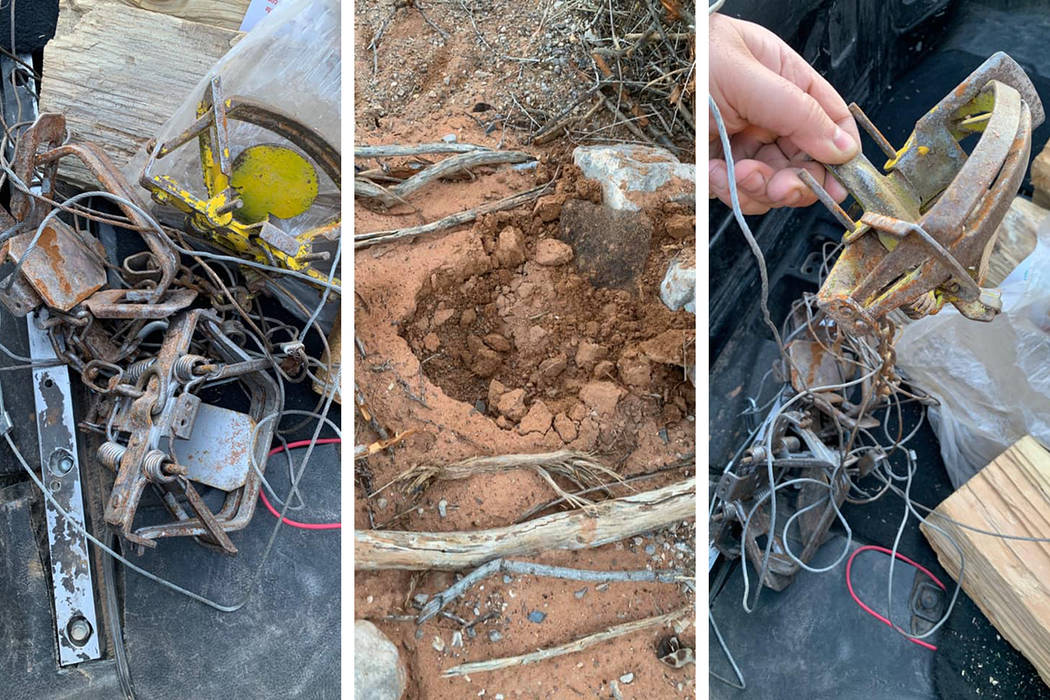 A recent Facebook post about traps being used in the Red Rock Canyon National Conservation Area is drawing interest of Nevada officials, but not for the usual reasons.

“They were hidden and then covered with raw meat, this person is clearly trying to harm animals or kill coyotes,” part of the post said.

But part of the problem is much of the land is either privately owned by developers and out of the jurisdiction of the Bureau of Land Management, which monitors Red Rock Canyon, or the Nevada Department of Wildlife, which oversees hunting.

Doug Nielsen, the NDOW conservation education supervisor and an outdoors columnist for the Review-Journal, also said that while the locations of the specific traps are still unknown, removing them could be illegal.

In the Red Rock area, permissible trapping is allowed in some areas, generally 1,000 feet from public trails. Specific trapping locations which are allowed and prohibited are listed here.

Also, the public, with a license, can trap furbearing animals, including bobcat, fox, otter, mink, beaver and muskrat. Seasons and locations are listed here.

Nielsen urged the public to contact the Nevada Department of Wildlife if they believe they have come across something at Red Rock that they think might be illegal. Wildlife crimes can be reported by calling 800-992-3030.