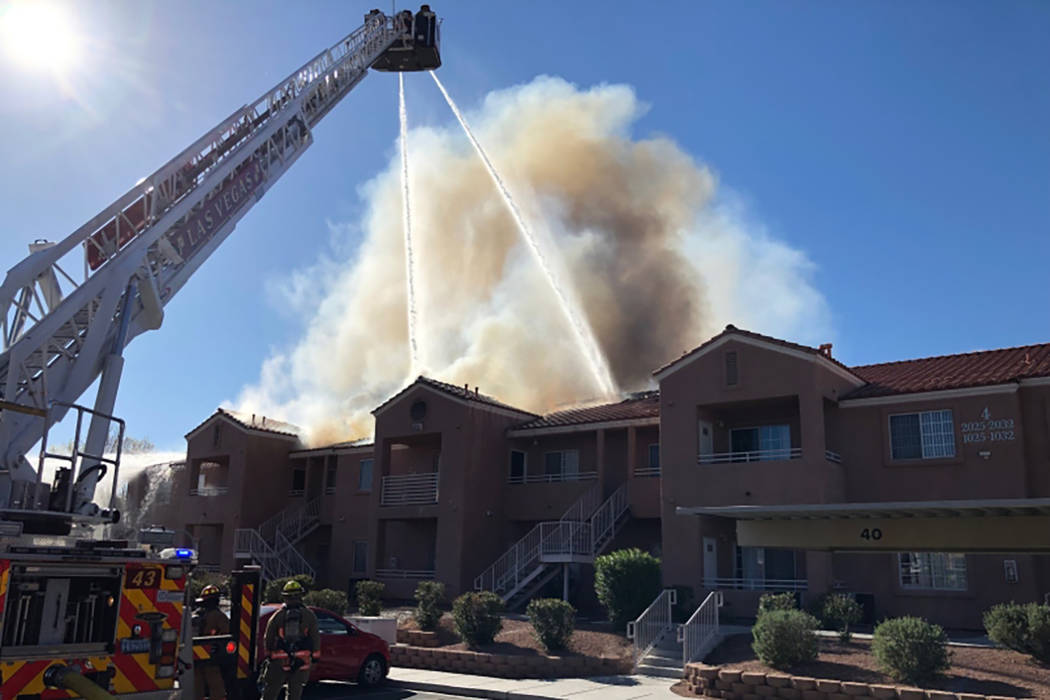 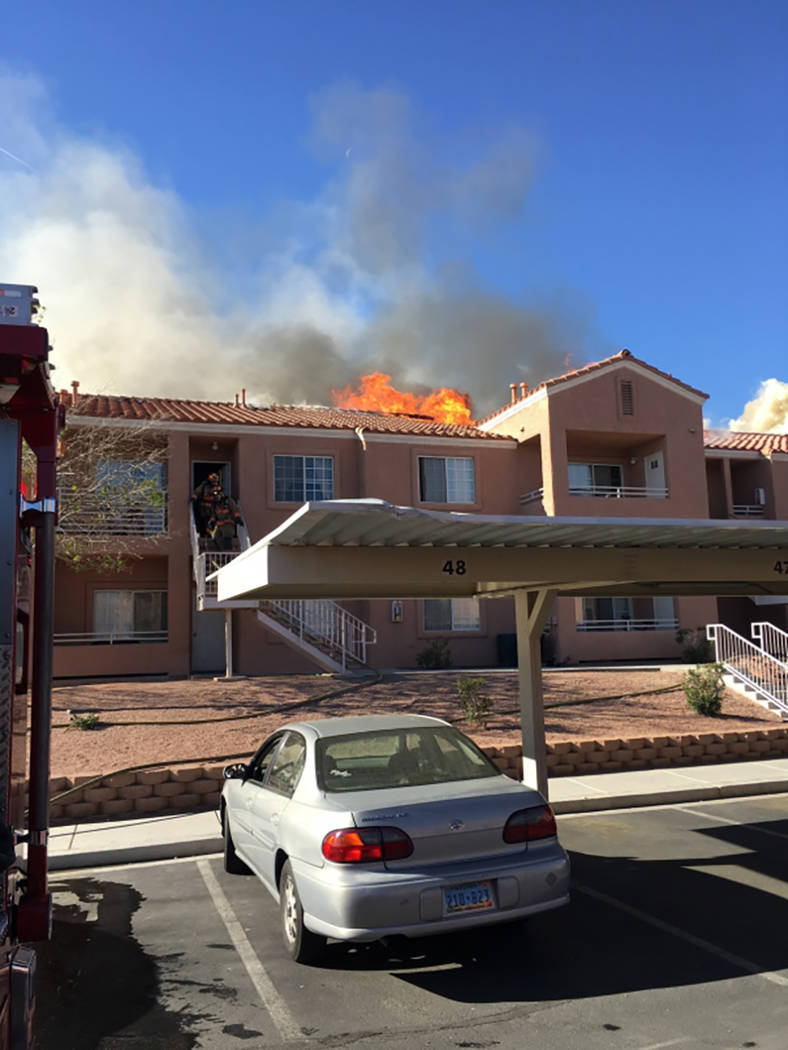 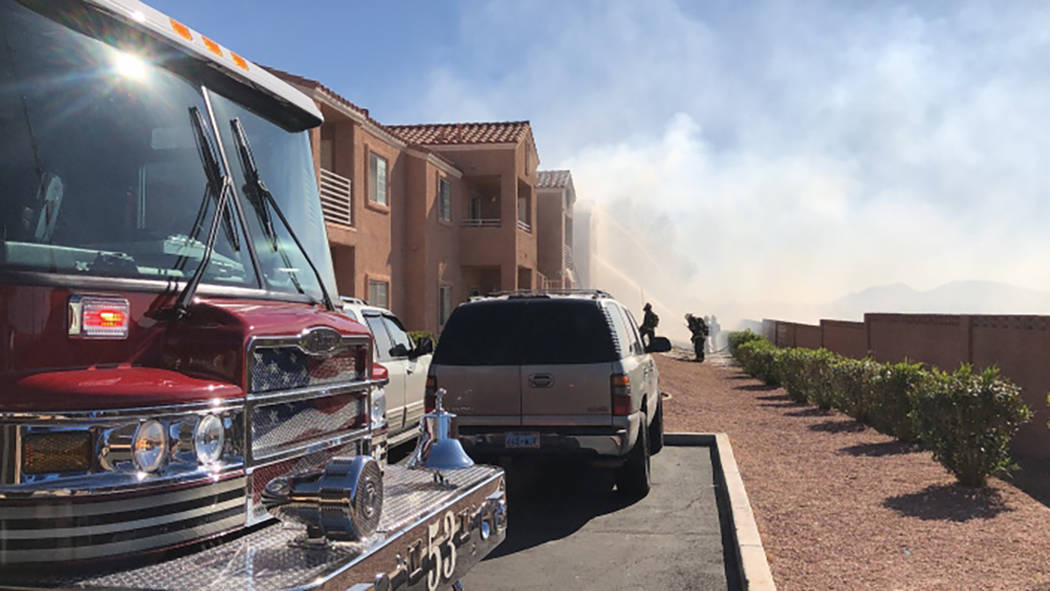 Thirty-two people were displaced from their homes after a fire broke out at a North Las Vegas apartment complex Friday morning, according to the city’s fire department.

North Las Vegas and Las Vegas firefighters responded at about 8:40 a.m. to 3318 N. Decatur Blvd., near West Cheyenne Avenue, where they discovered smoke and flames pouring from the roof of a two-story, 16-unit apartment building, the North Las Vegas Fire Department wrote in a release Friday afternoon.

Because of the size of the fire and damage caused by the roof’s collapse, crews – with the assistance of 12 engines, two rescues and two trucks – attacked the fire defensively until the blaze was extinguished.

Although no one was injured in the fire, 23 adults, nine children, one cat and six dogs were displaced by the fire, the department wrote in the statement.

“The number of displaced individuals is expected to climb,” the statement said.

The department did not released the cause and origin of the fire. The cost of the damage had not been estimated Friday evening, the release said.