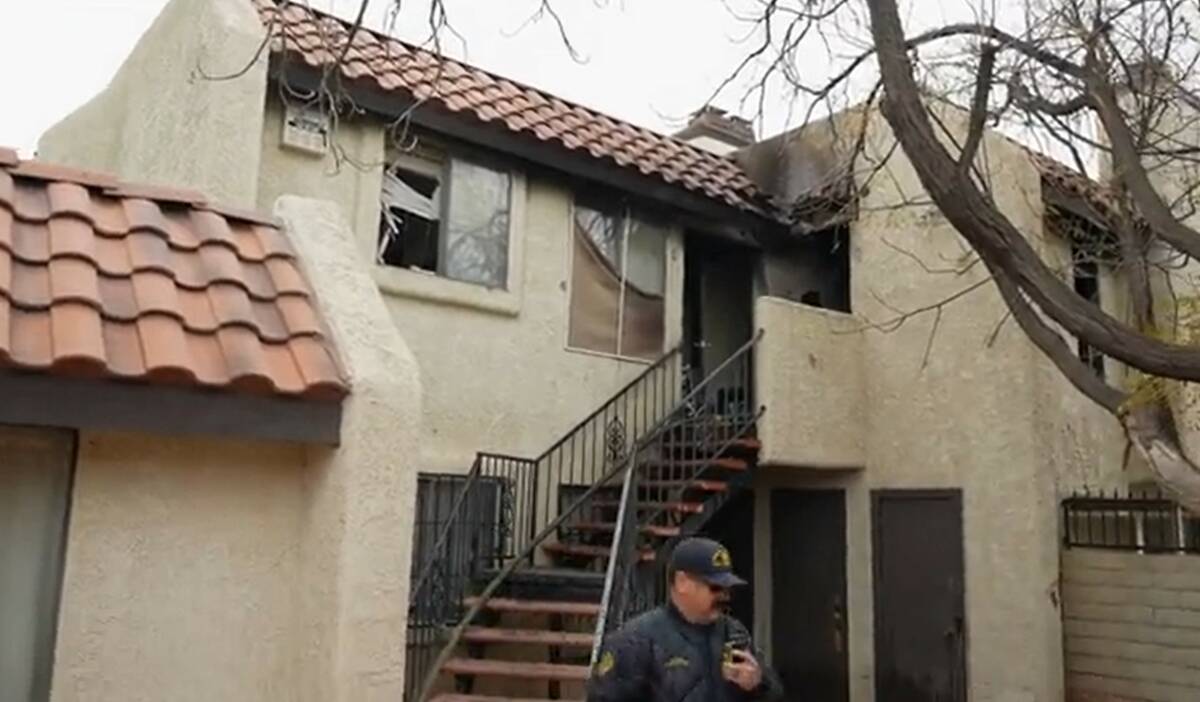 Firefighters respond to an apartment fire in the 2200 block of Sun Avenue in North Las Vegas on Monday, Nov. 28, 2022. (NLVFD on Twitter)

A man died in a North Las Vegas apartment fire after he was seen running out of the blaze and then back into it, officials said.

ALERT- at approx 6:18 am @NLVFireDept with @LasVegasFD responded to a report of an apartment fire with one victim reported inside. Witnesses reported the resident ran inside the apartment while it was in fire. Video has audio for more info. @KTNV @FOX5Vegas @News3LV @8NewsNow pic.twitter.com/18KMS090HR

Jake Levesque, the public information officer for North Las Vegas Fire, said in the video that the resident of the apartment “was seen running into the apartment while it was on fire.”

After crews extinguished the fire, they found the man’s body, Levesque said.

“Reports had a male run out of the apartment,” Levesque said. “There was fire behind him by the front door. He gets down to the bottom landing, turns around, runs back up and shuts the door. Subsequently, after the fire department put the fire out, he was found in a back room. He’s deceased.”

Fire investigators with arson dogs were called to the scene, Levesque said.

The cause of the blaze was still under investigation.

It was one of two fatal fires in North Las Vegas on Monday. In the other fire, a man involved in a domestic dispute set fire to a two-story house in the 2200 block of Keller Court, near West Gowan Road and Clayton Street.

The man was later found dead in the rubble of the blaze, Levesque said.