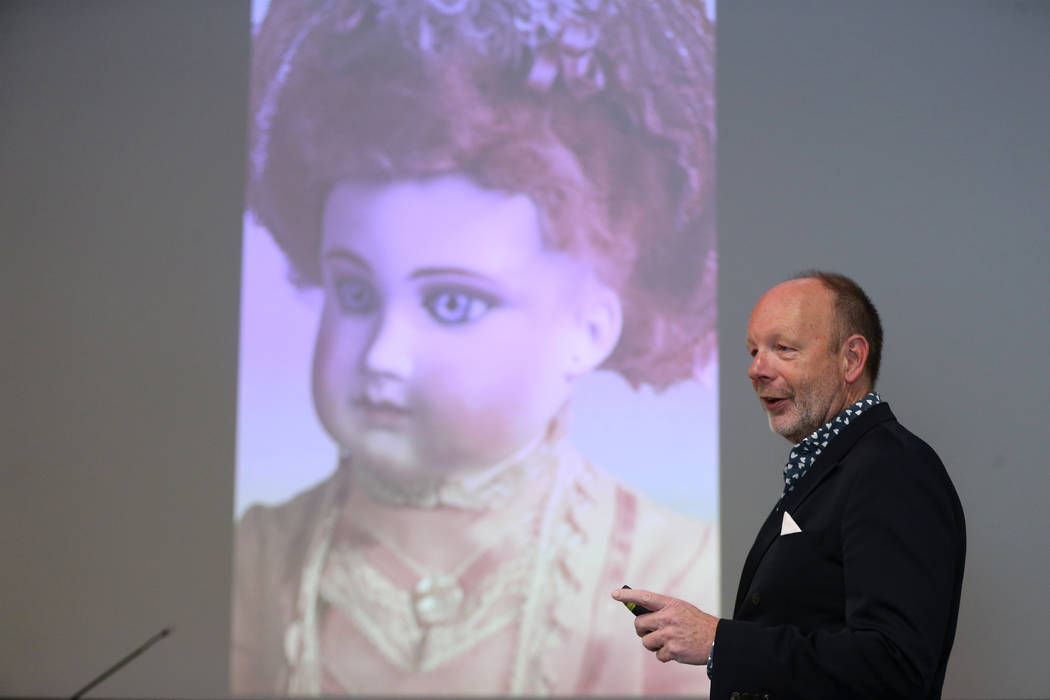 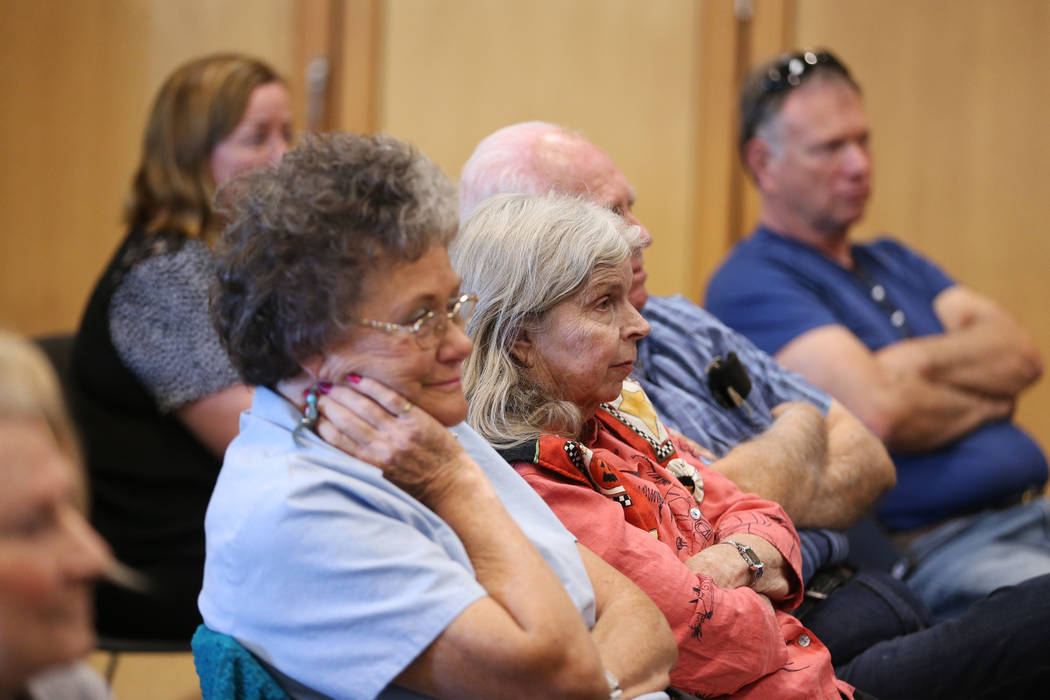 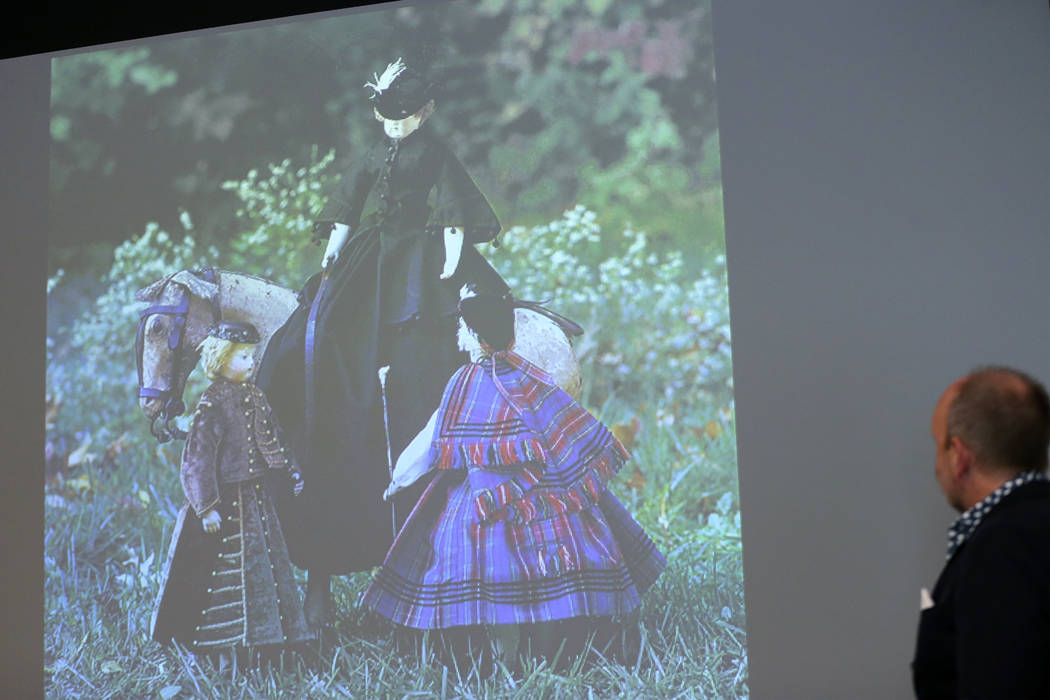 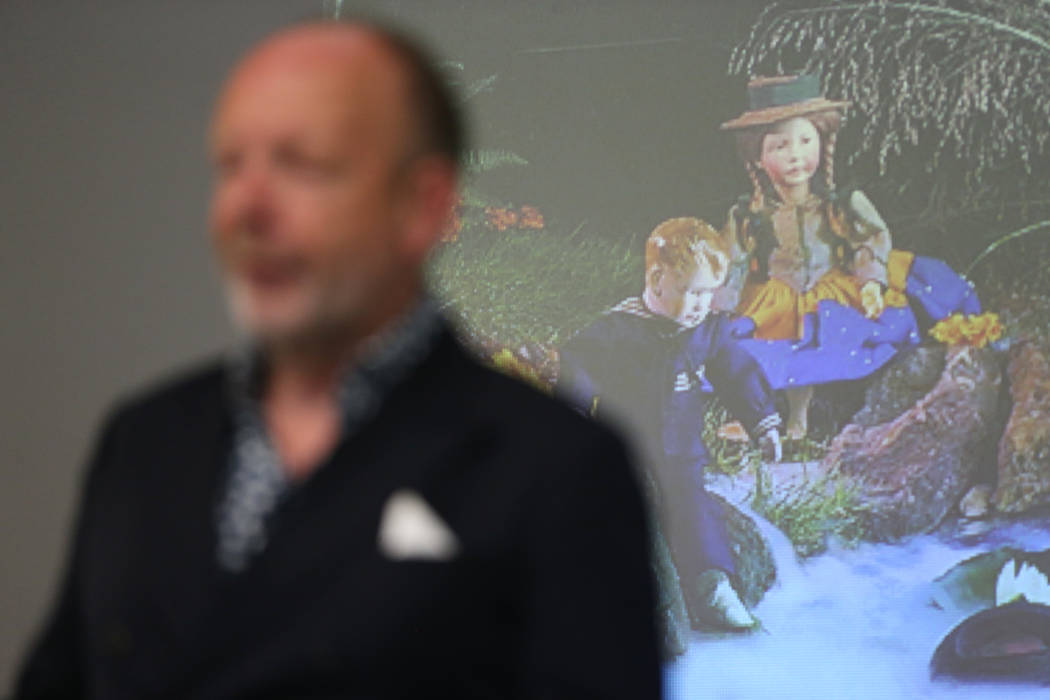 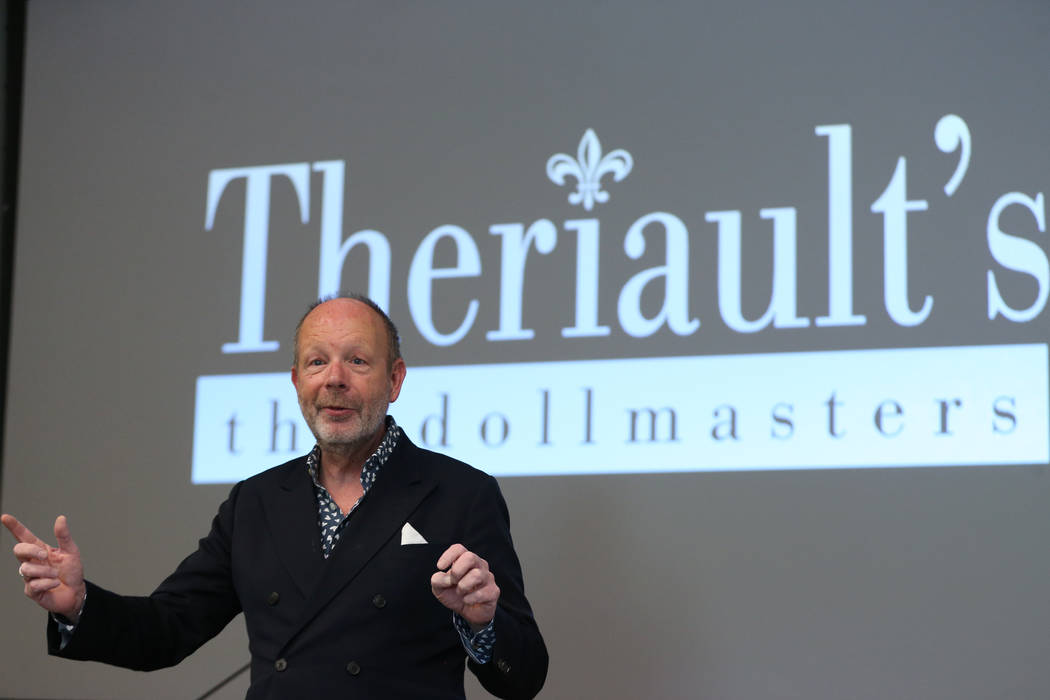 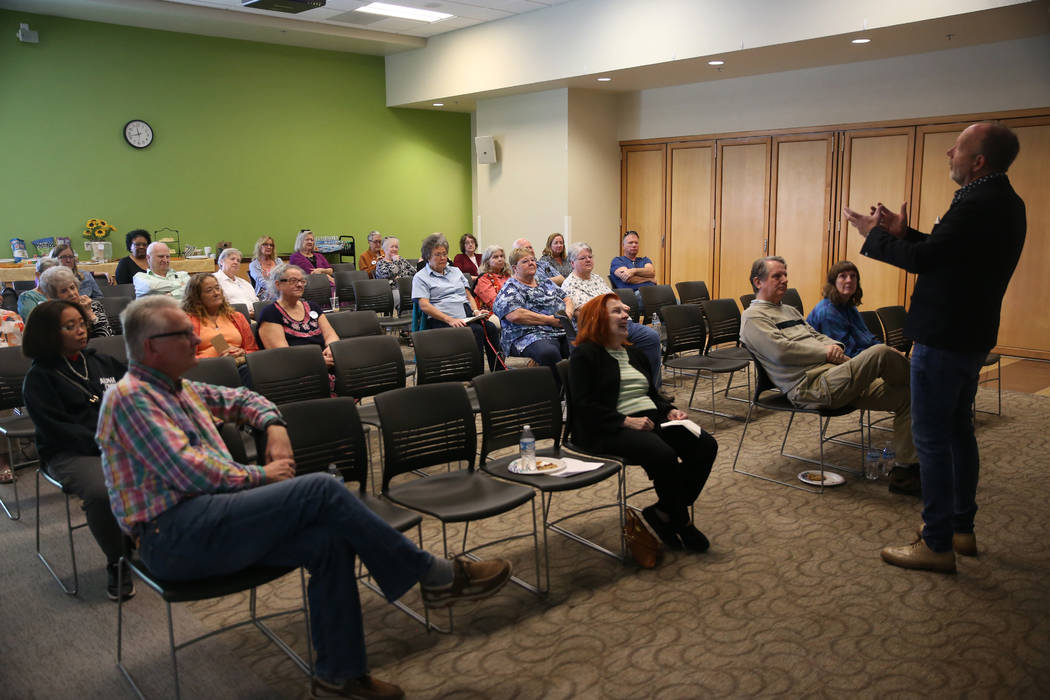 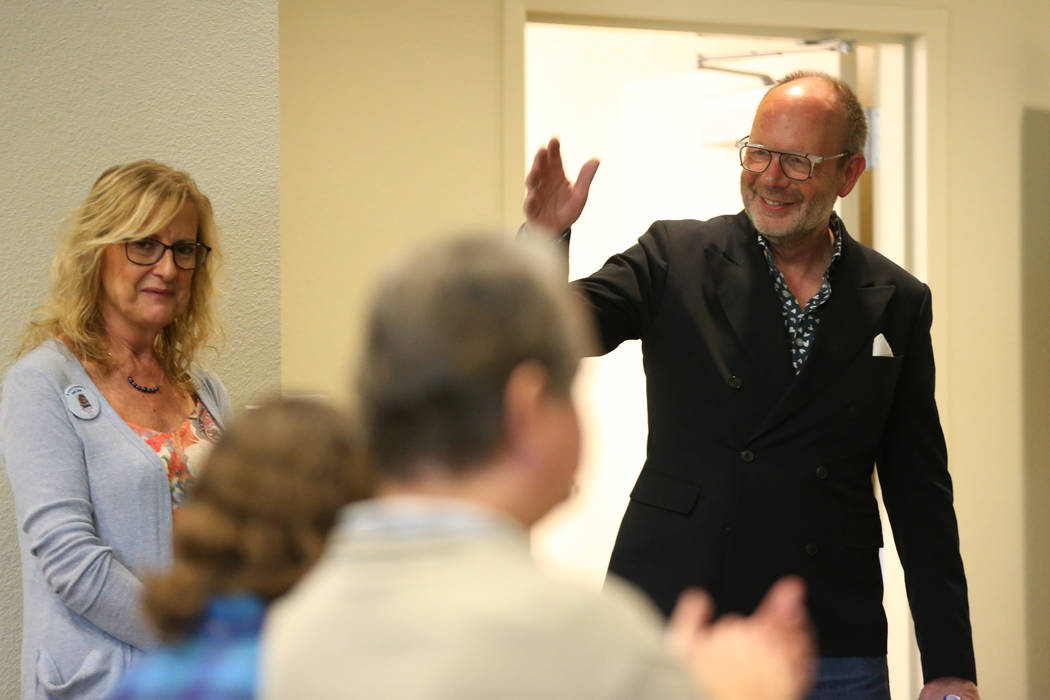 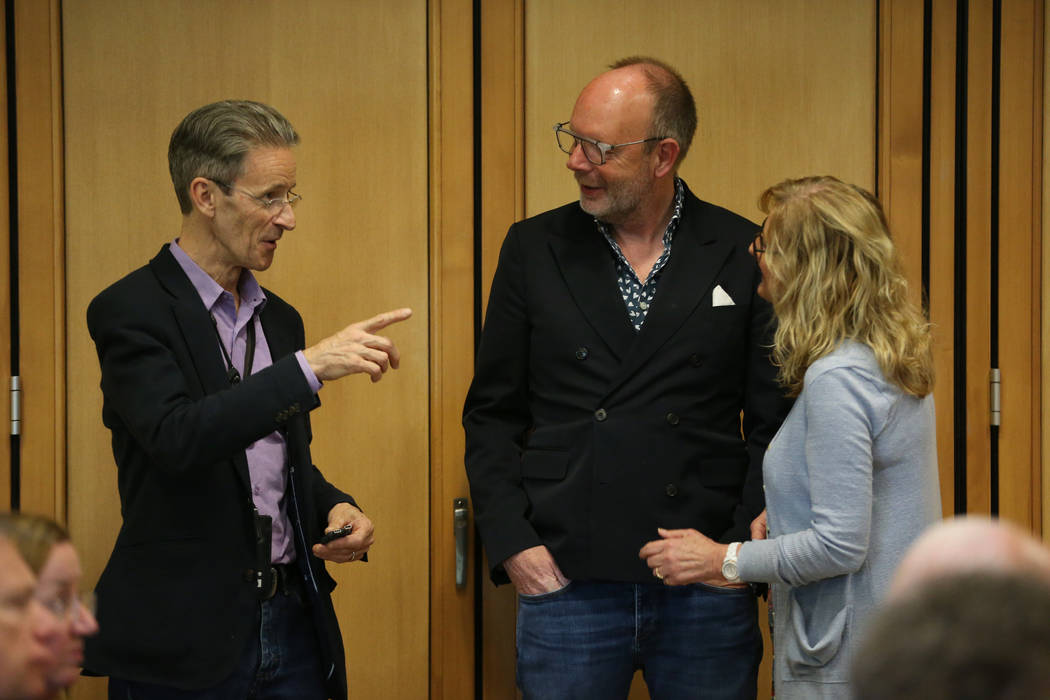 Stuart Holbrook, president and head auctioneer of a renowned doll auction house, gave hobbyists a sneak peek inside the word of high-priced doll collectibles during a recent talk at Windmill Library.

Doll collecting is due to experience a boom when millennials — the oldest of whom are in their late 30s — hit their 50s and embrace handmade crafts over high-tech gadgets, said Holbrook, who runs Theriault’s auction house in Maryland.

“They love, absolutely love old objects because they have grown up with cellphones and have had technology drilled into them as they have grown up,” he said. “As they are aging, they are revolting against it and they are seeing that there is beauty and an art in a return to this early stage when things were made by hand, with passion, artisanal. This is the next great generation of collecting. They will be probably the biggest generation of collectors in history, more than you’ve ever seen.”

His presentation, Thirty Years a Doll Man, was co-sponsored by the Desert Dollies Doll Club, a local group with 15 members led by President Barbara Jean Cennemo. For three years the club has partnered with the library to do a project for children on World Doll Day, the second Saturday in June.

“I started doing ceramics first; then a friend introduced me to a doll maker, so I learned from her,” said new club member Bonnie Wells, who makes sports and musical-themed dolls, among others. “It can take a day to make a cloth doll and a week to make a porcelain doll.”

She said she took up ceramics to make keepsakes for her children, then started making dolls as mementos for her grandchildren.

“It would be nice to get more young people involved,” said Wells, who moved from Hayward, California, where she said the doll collecting community is larger than in Las Vegas.

Most people don’t start collecting until their 50s in part because of a lack of time, income and knowledge, Holbrook said.

“There are very few people in the younger generations in their 30s, 20s or even early 40s that are actively into collecting,” said Holbrook. “What are you doing at that point? You are raising your children; you are working, paying off your house. You are doing all of these things that take all the time necessary that you know you need as a collector to educate yourself to go out to buy these things and do the hunt.”

Theriault’s, founded in 1970 by Stuart’s parents, Florence and George, has made its mark in the doll world with 70 percent of the global auction market for dolls, Holbrook said.

The firm set the record for the most expensive doll ever auctioned, a rare 19th-century French doll by Antoine Edmund Rochard that sold in 2018 for $333,500, Holbrook said.

Cennemo said she has purchased some of her 200 dolls through auction, and the most expensive one she owns is a French fashion doll that is valued at $2,000. She keeps most of her dolls in large oak cabinets on display in her home, with a few situated on a little Victorian coach.

“I made dolls for 25 years as a hobby, and they’re all displayed,” she said. Many of her dolls are replicas of antiques. Her collection includes original antique Ginny, Madame Alexander, Kestner and Heinrich Handwerck dolls.

Holbrook, who said he got hooked on discovering valuable dolls after he encountered his first masterpiece collection, also said most collectors are female and they gain a respective nostalgia that drives them as collectors.

That holds true for guest Cindy Frazer, a retired teacher who estimated she has 50-60 dolls.

“They connect us to our past,” she said.

The 1980s and ’90s were the pinnacle of doll collecting, Holbrook said.

“You had an emergence of more doll collectors in the marketplace than ever before,” he said.

Collectors were trying to accumulate as many dolls as they could, Holbrook said.

But that has changed, Holbrook said, with the new school of collectors having access to more education and information.