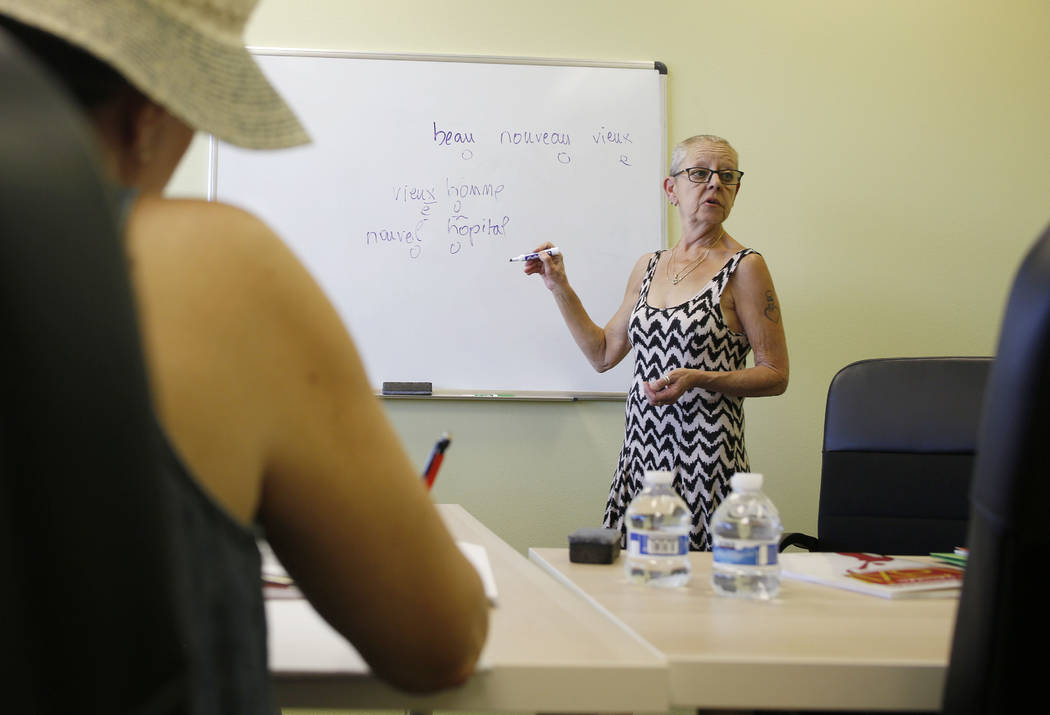 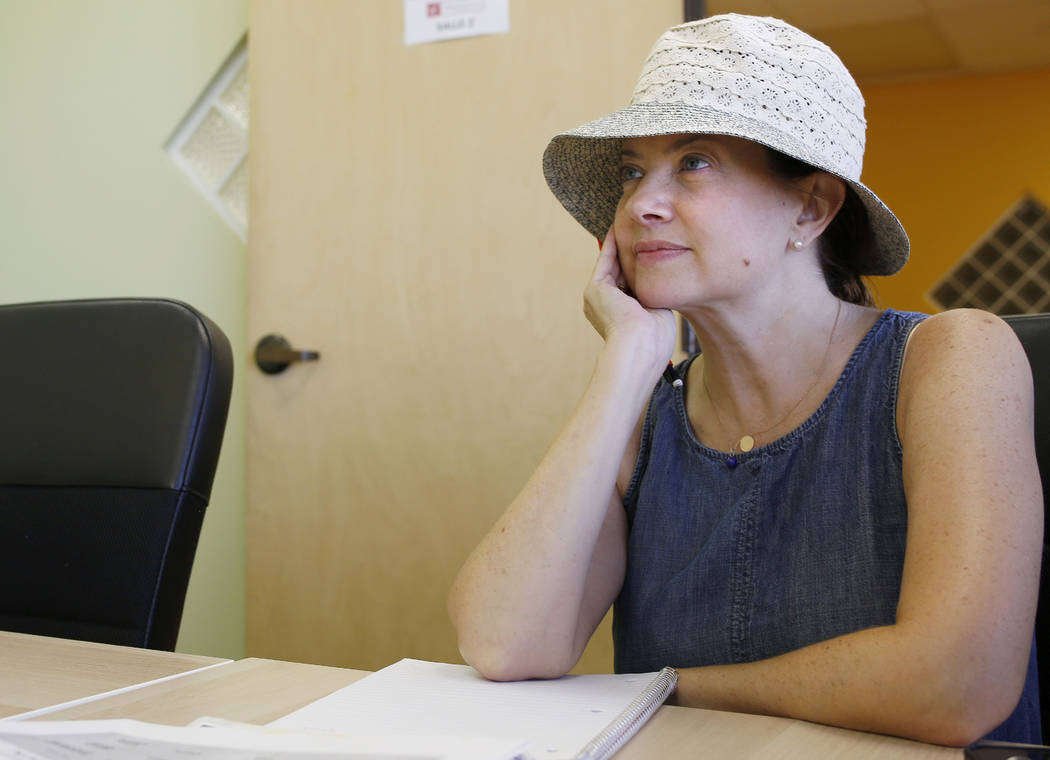 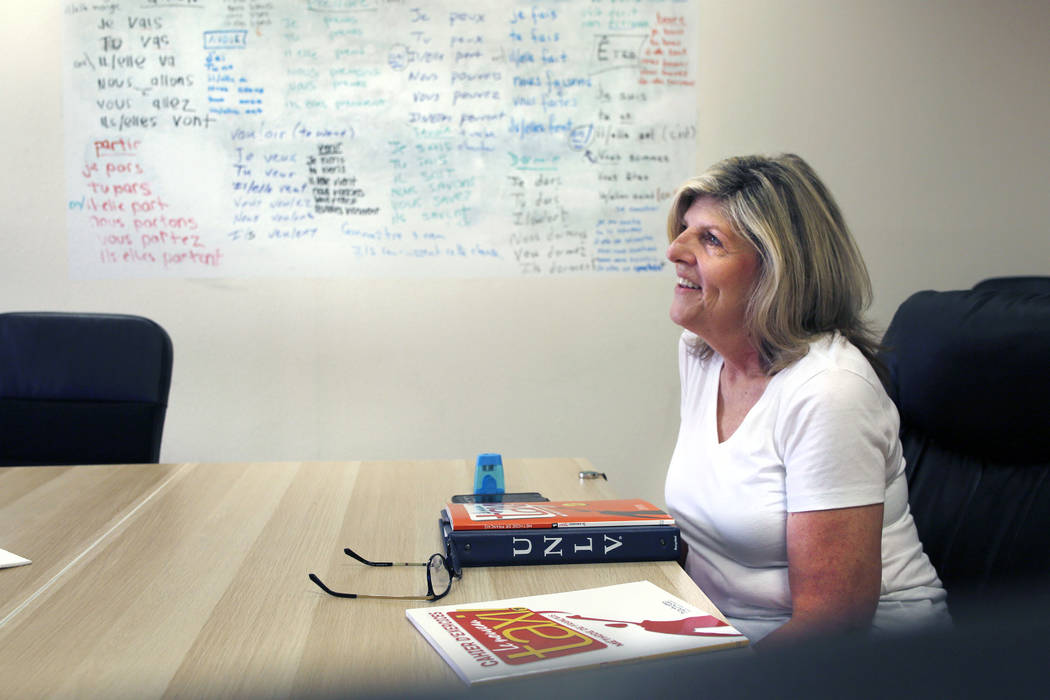 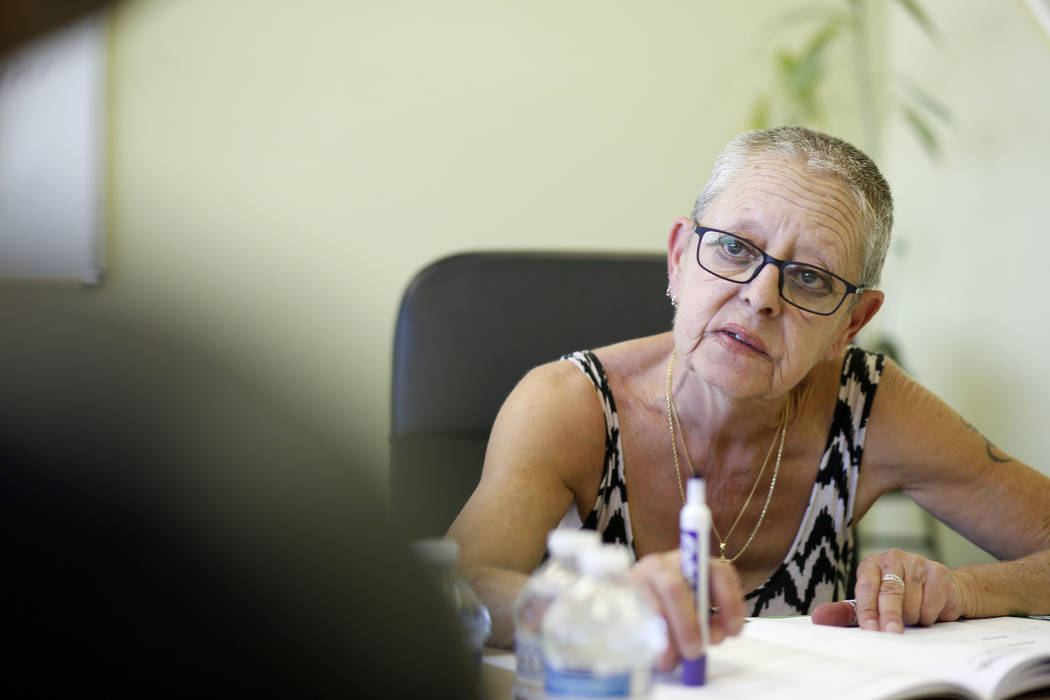 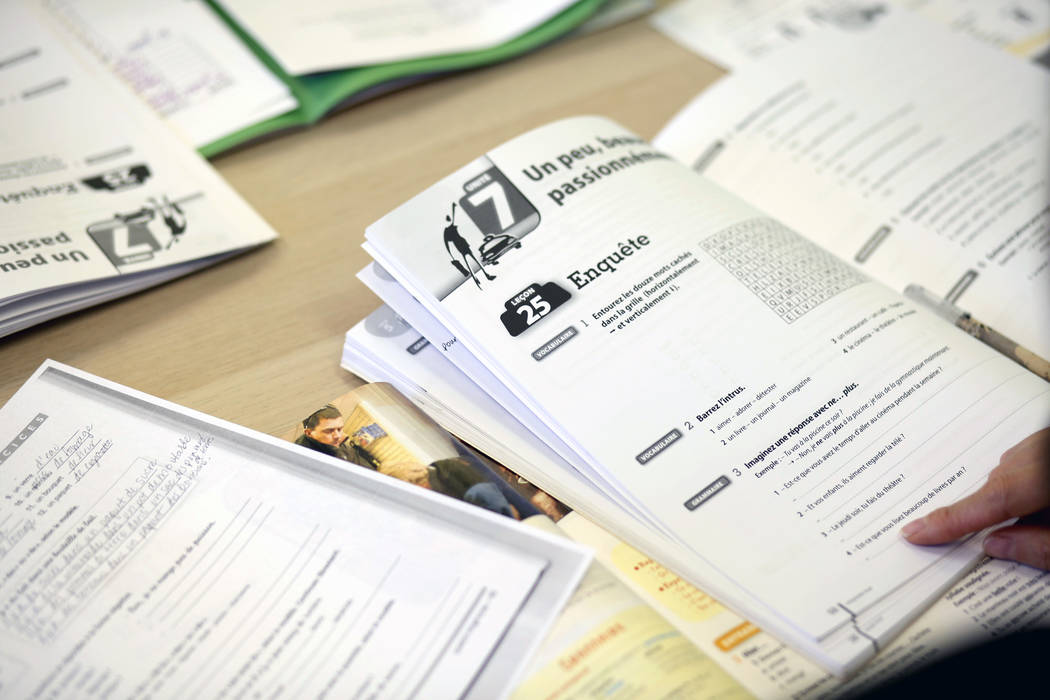 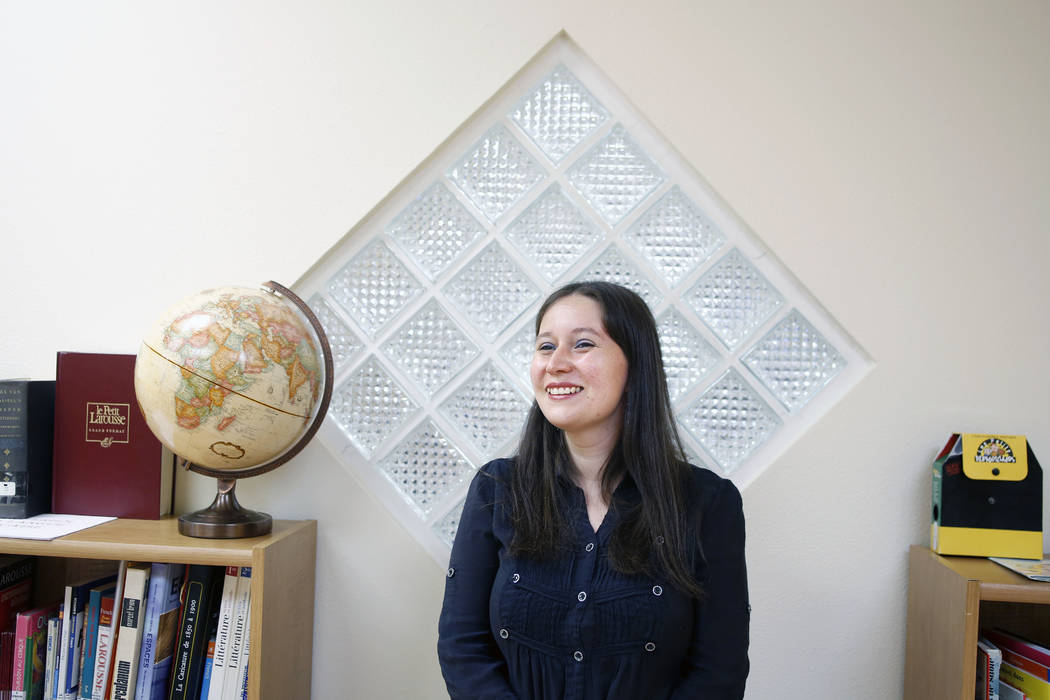 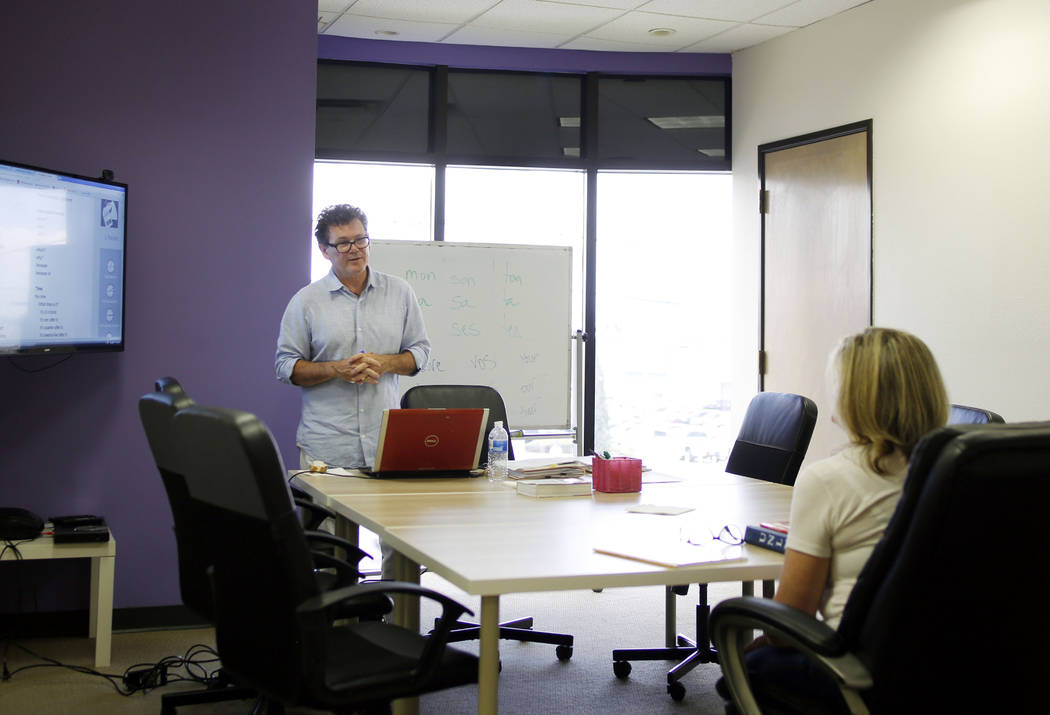 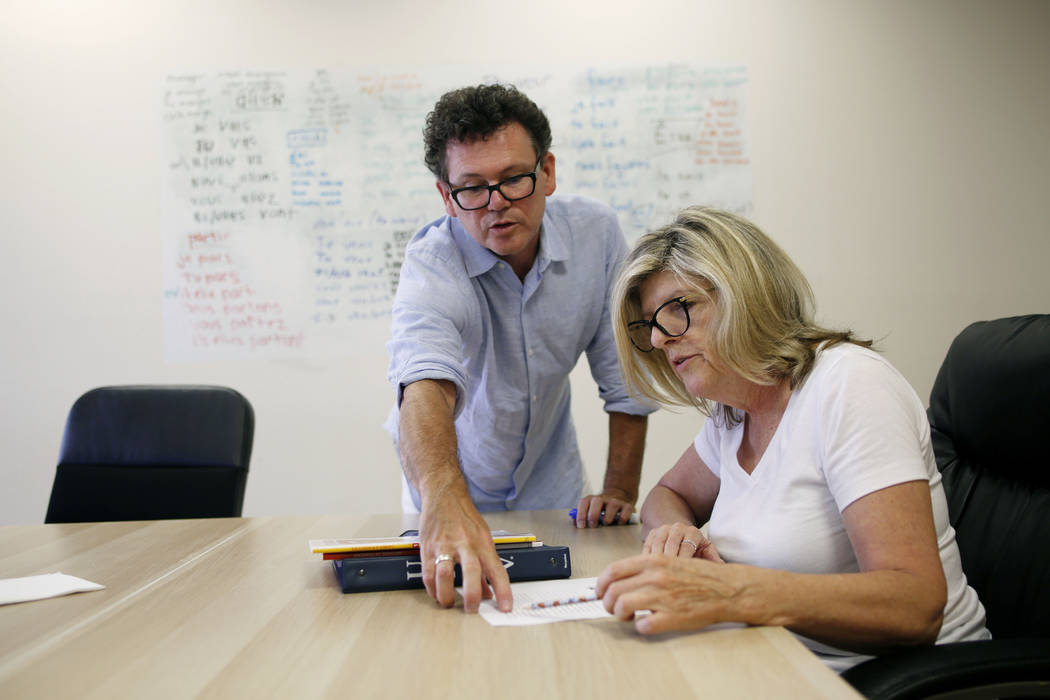 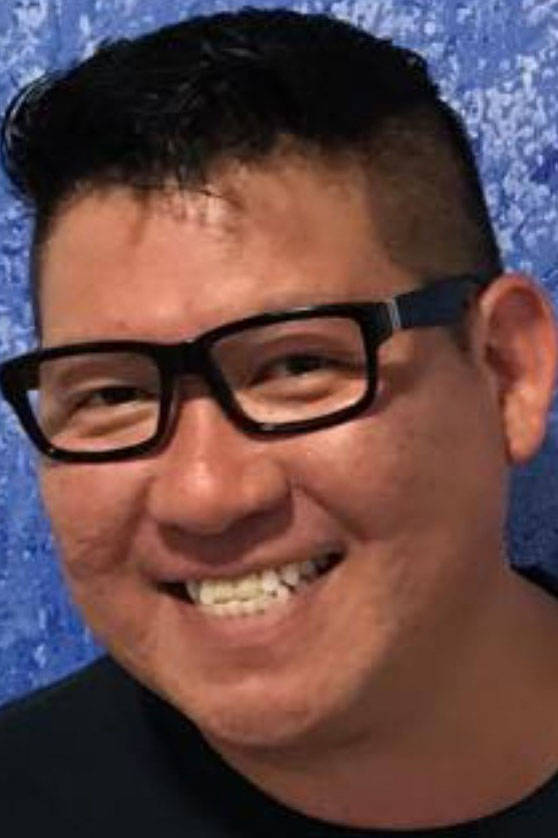 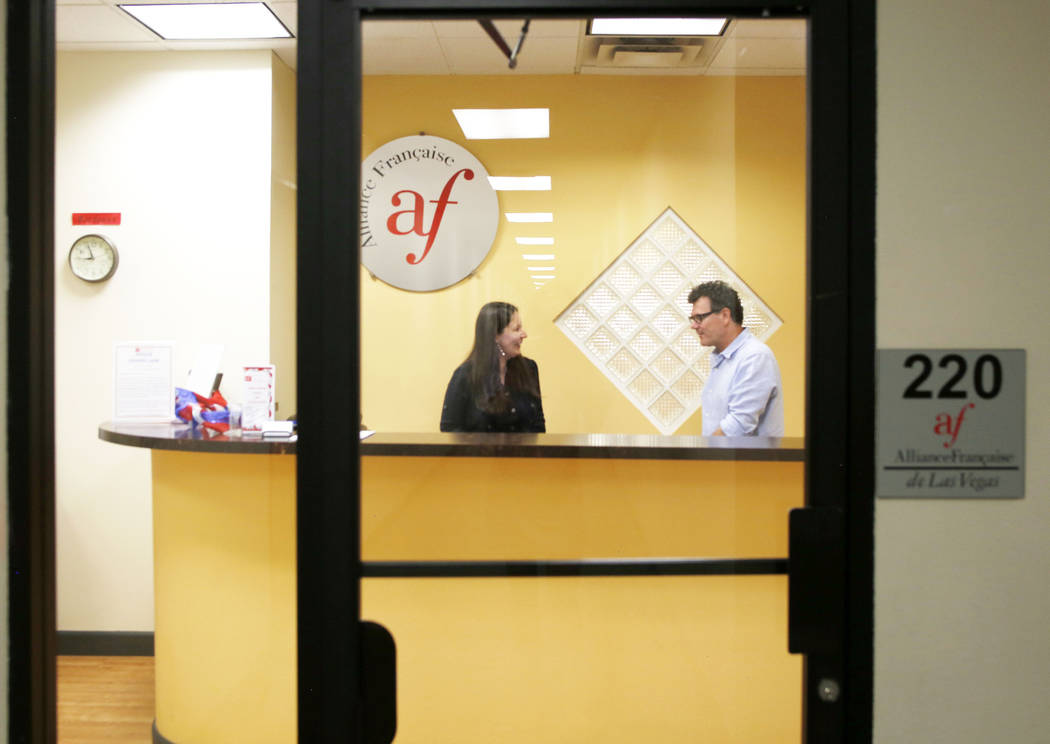 Every year, Ryo Zsun does something for himself — traveling or learning something new.

This year, he wanted to learn how to speak French. He came across Alliance Francaise de Las Vegas and enrolled in group language classes in January. He wants to continue until he’s fluent.

Zsun grew up in Hawaii, which he describes as a melting pot of cultures.

“I was always fascinated by languages,” he said.

In high school, he took a year of French, Zsun said, noting it was an uncommon decision given that many students took Japanese. He knows a few other languages partially, including Samoan, Hawaiian and Japanese.

Now in his 40s, Zsun has been to Paris twice and fell in love with the culture.

Zsun is beginning to formulate short sentences in French on topics covered in class. He also enjoys turning on French subtitles when he’s watching television, and reading product labels that include French words.

For work, Zsun gives company tours for people from all over the world, including French-speaking countries. He’d like to eventually host a tour entirely in French.

Alliance Francaise de Las Vegas is a French-language and cultural nonprofit organization with an office on West Sahara Avenue.

The nonprofit is hosting its first essay contest, open to 2019 high school graduates, on the topic “French, an asset for my future.”

“I thought it would be good for someone who is just graduating high school to have the opportunity to learn a foreign language because it’s really a decision time on their life,” Executive Director Claudine Escobar-Durand said.

The application deadline is Aug. 16. The winner will receive a one-year scholarship to take group French lessons. Typically, it costs $269 for an eight-week session, and the winner will participate in six sessions over a year.

The Las Vegas nonprofit’s origins date to 2013, but it became part of the Alliance Francaise network in 2017.

The worldwide alliance was founded in Paris in 1883. There are more than 800 chapters worldwide, and about 100 are in the United States.

Here in Las Vegas, the chapter is “an association of Francophiles,” Escobar-Durand said, referring to someone who loves French culture. Participants in events and classes don’t have to be French or have any experience with the language.

“Our interest and our mission is to promote French culture and French language with local people,” she said.

The organization has events throughout the year — including a monthly French movie night at UNLV and French breakfast twice a month at a bakery — where students can practice their language skills.

“If you’re learning French but if you don’t have anyone to practice with, it’s not good,” Escobar-Durand said. “We encourage students to attend as many events as possible to practice their language.”

Escobar-Durand grew up in Guatemala. Her father is Guatemalan and her mother is French. She studied at French-language schools and has a master’s degree in teaching French as a foreign language.

A nonprofit looking to grow

Alliance Francaise de Las Vegas has an average of 150 students who are taking classes, Escobar-Durand said.

“That’s really great for us,” she added.

Classes are offered for a variety of ages, starting with children as young as 2.

“Learning a foreign language is really a huge opportunity for students,” she said, adding children also tend to pick up a new language faster than adults. Something that helps those learning French: About 45 percent of English words are derived from French, she said.

At Alliance Francaise de Las Vegas, classes are taught “in a fun way,” Escobar-Durand said. “We are completely conscious that people that come to our organization are not forced by university or work. They just come here to have fun and learn something different.”

Children’s classes typically include crafts and videos. In late July, the alliance was wrapping up a French summer camp for children.

For teenagers, programs are adapted to their age and interest, Escobar-Durand said, including after-school programs. Adult offerings include group classes — typically, on Saturdays and some evenings — and private lessons.

This year, the nonprofit started offering an online class. Last year, it became certified as an exam center, allowing locals to take two tests — the DELF and DALF — to certify their French-language ability. Several levels of diplomas are awarded by France’s Ministry of National Education. 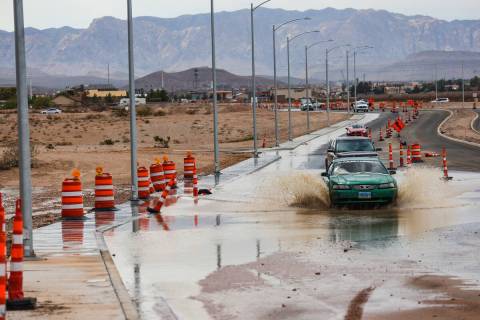 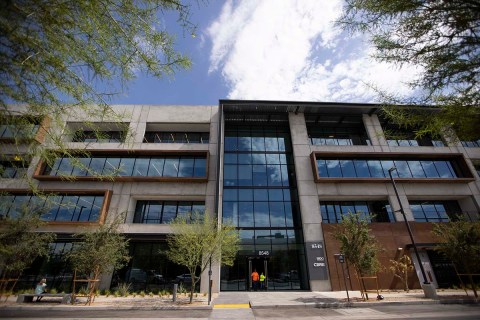