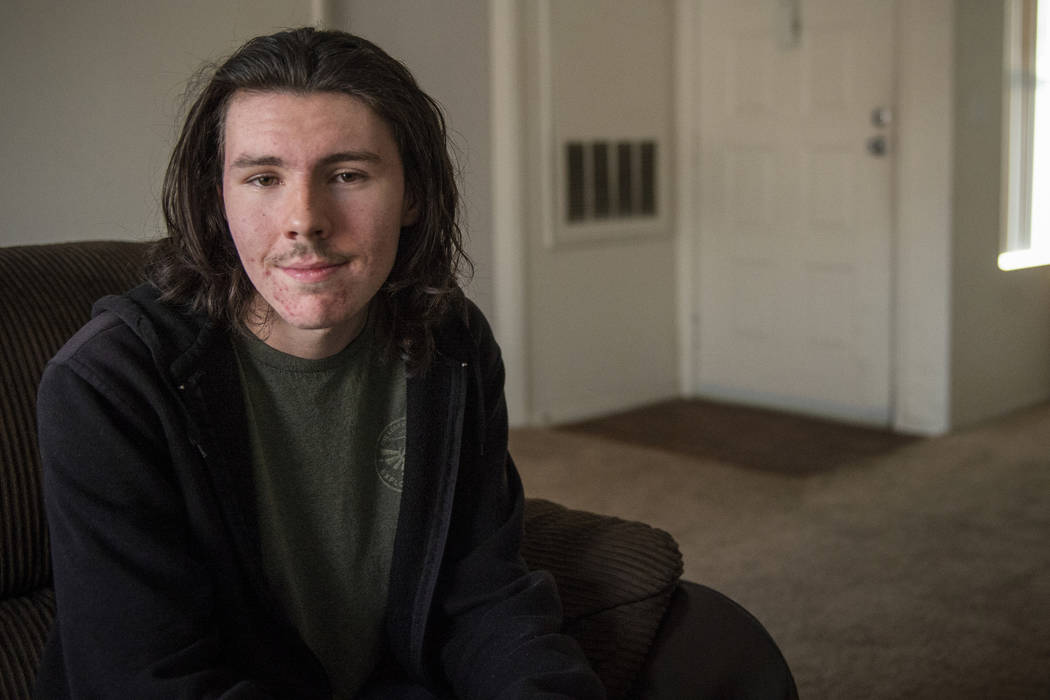 Nathaniel Robertson, who is part of Operation Independence, a program at the non-profit organization Olive Crest that houses and provides life skills for teens who've aged out of foster care, sits in his apartment in Las Vegas, Friday, Dec. 21, 2018. Caroline Brehman/Las Vegas Review-Journal 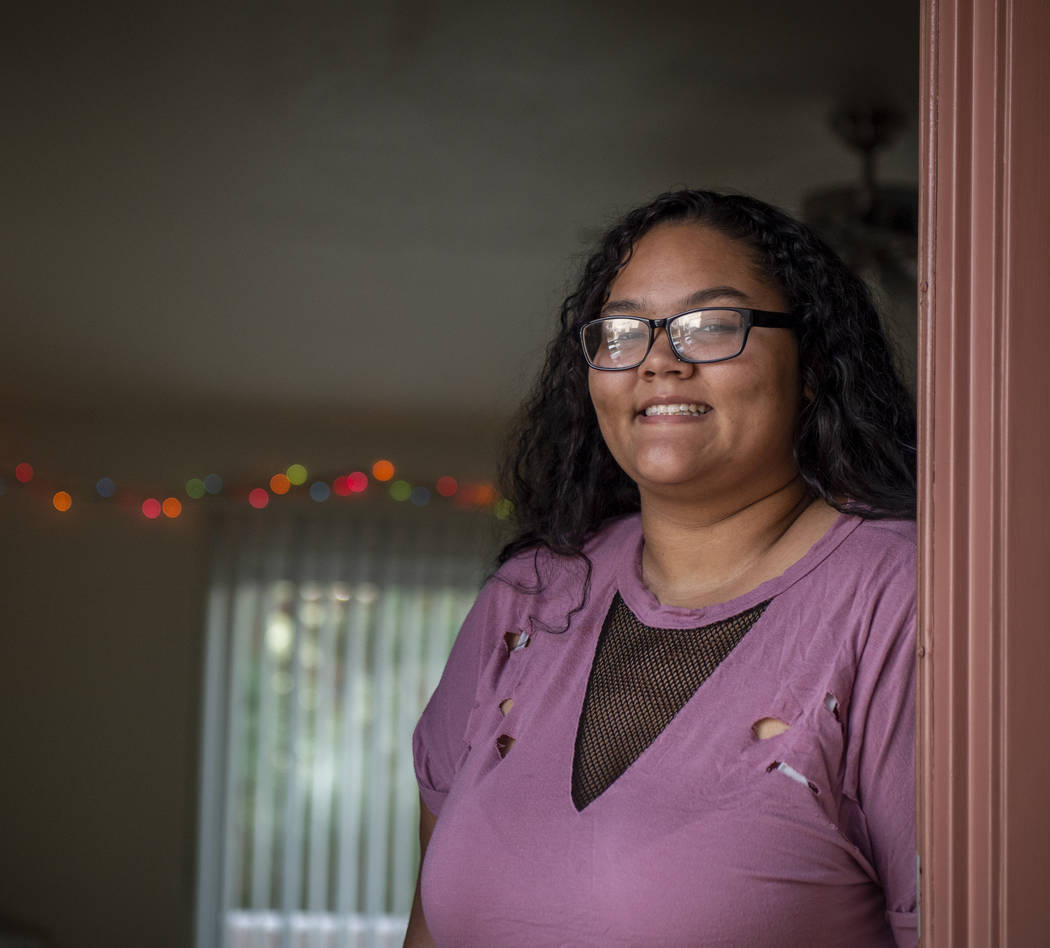 Xavia Johnson, who is part of Operation Independence, a program at the non-profit organization Olive Crest that houses and provides life skills for teens who've aged out of foster care, stands in the doorway of her apartment in Las Vegas, Friday, Dec. 21, 2018. Caroline Brehman/Las Vegas Review-Journal

Xavia Johnson was 11 when her mom’s friend told her she could no longer stay at her place. It was a few days before Halloween, she said. She had nowhere to go.

“She told me she was moving out of state,” said Johnson, now 18. “I called my aunt crying — told her I didn’t know where my mom was. She took me to Westcare (then a rehab center that housed women and their children) and I lived there for like a month. I had to take the bus to school from like Rancho to Maryland Parkway. It was so bad.”

When she was in seventh grade, she met an estranged uncle on her paternal side whom she stayed with for about one month before he dropped her off at another foster home, Johnson said. Each time she moved as a child and teen, it was during the holiday season.

“Usually Thanksgiving or Christmas,” she said. “So every holiday, even now, I’m scared.”

Johnson is one of six teens participating in a program called Operation Independence. It’s offered by nonprofit organization Olive Crest for teens who are aging out of foster care, making them inelgible for adoption.

The program provides housing, life skills and creative outlets. Teens are housed in an apartment complex in the Spring Valley area and pay a portion of their prorated rent, with Olive Crest covering the rest through funding from donors.

“Since I’ve been here they’ve been on top of me about everything,” Johnson said. “School, getting a job. I graduated high school from Durango and I’m planning on going to trade school soon for phlebotomy. By August, I want to go to CSN.”

Each week, Olive Crest’s transitional housing coach, Alyssa Dennison of Spring Valley, checks in on the teens. She talks with them about school, work and everyday life, and develops activities to fit each teen’s wants and needs.

“When I meet with them it’s really individualized on what they want to do,” Dennison said. “Sometimes we just sit here and talk and see how things are going. One kid wanted to learn how to cook fried chicken. We took a class together and learned. One wanted to lose more weight, so we went to the gym together once a week. It’s all about working with them to make sure this is as smooth as possible.”

Dennison also mentors 19-year-old Nathaniel Robertson. His mother placed his sister and him into foster care in June 2017 after she could no longer care for them.

“I lived with my mom for the majority of my life, but she has multiple sclerosis,” Robertson said. “It’s a really bad disease she’s had since 21. It affects her vision, coordination, and she’s in a lot of pain from it. She’s had slipped disks, a crushed tailbone. Eventually it got to the point where she could no longer reliably take care of my sister and I, so she put us in foster care.”

Since then, Robertson said, his sister and he haven’t gotten to see much of their mother.

“I met a lot of foster kids while I was in the system who were in similar stiuations as me,” Robertson said. “I was really upset about it at first. I thought my mom didn’t care about me, but as time went on, I realized she was doing it for my own good. I was better off in foster care, where I could get the support I needed to make something of my life. Being in foster care helps me get free admittance to college … cover my tution. I realized how important these programs are.”

All apartments are furnished by Best Matresses, according to Myesha Wilson, executive director of Olive Crest. Best Mattresses owner David Mizrahi sits on Olive Crest’s board.

“Sustainability is the main goal here,” Wilson said. “So that they can self-sustain — so they can age out of the foster care system and transition into adulthood smoothly or as smoothly as possible.”