Some parrots can live 60-80 years, outliving their owners and leaving them needing a new home. A bird club started the Southern Nevada Parrot Education Rescue & Rehoming Society, or SNPERRS, more than 10 years ago in an effort to help.

SNPERRS founder and President Madeleine Franco, along with six other members, started the nonprofit organization after branching off from the Las Vegas Bird Club in 2006, she said.

Franco said she began caring for birds while living along the Jordan River in Utah, which was a flyaway area for migratory waterfowl. She took care of birds that got injured or simply tired and ended up on her property, she said.

Franco soon got a rehabilitation permit with the U.S. Fish & Wildlife Service to take care of waterfowl. She was involved with a bird club in Salt Lake City and moved to Las Vegas in 1996 with the desire to continue assisting birds.

Franco said that she wanted to focus on parrots because of her love for the animals and their lengthy lives.

The organization focuses on finding new homes for birds, taking them from owners who often cannot care for them any longer.

People are often sad to part ways with their parrots, Franco said.

“Most of the birds we get are previously loved birds, and people are devastated that they’ve had a life change and they have to give up their animal,” she said.

Like humans, older birds can suffer illnesses such as arthritis, heart disease and kidney problems.

“There’s beginning to be an aging-bird population,” she said. “They’re still funny and great companions; they just need another home because their home has changed drastically or their owner is aging.”

After a potential client contacts SNPERRS, Franco checks if anyone has shown interest in adopting. If no one has, she looks to foster owners. She and re-homing director Belinda Hutchings have kept several parrots at their home as the birds await adoption.

Franco said that although she appreciates monetary and other donations, the organization needs foster owners and adopters most. New or foster owners must apply online and pay $50 for the first year. It costs $30 for renewals and for those 55 and older. Once the application process is complete, the adopter or foster owner is required to visit the bird at least three times — at different times of the day — to make sure they’re a good match.

Amanda Aversa of the southwest valley adopted an umbrella cockatoo named Angel from SNPERRS in January.

“I love the way they do it,” she said of the adoption process. “You can tell they truly care about the birds.”

Aversa already had three green-cheeked conures, which she bought from a pet store. She said adopting a parrot was a better experience because she felt she was doing something positive; it was cheaper (about $450); and SNPERRS also provided a bird cage, toys and a bird kit that includes food.

“The rescue was very different because they want to know about you and make sure that you can provide a home for these birds that’s appropriate,” she said. “(And) they give you everything that you need to get rolling.”

A 2015 Honda Fit was northbound on Fort Apache and approaching Russell when it “failed to decrease speed” and rear-ended a 2013 Dodge Grand Caravan at the intersection.

Livestreaming, Seder-to-go meals will be part of Southern Nevadans’ Passover observances this year. 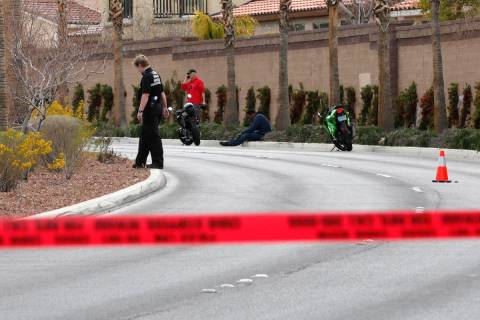 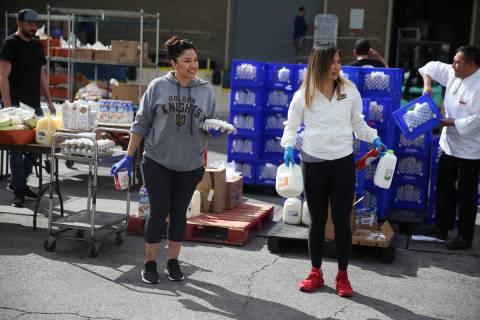 UnCommons and Burke Construction Group are delivering free meals to health care workers over the next two weeks. 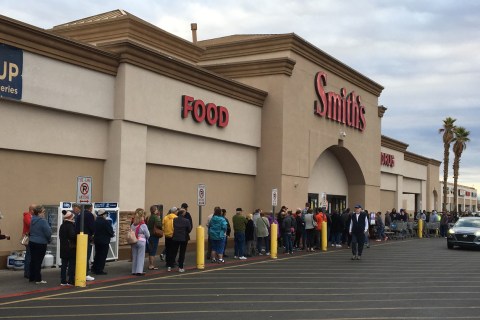 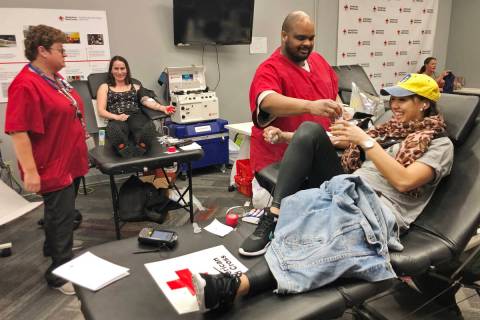