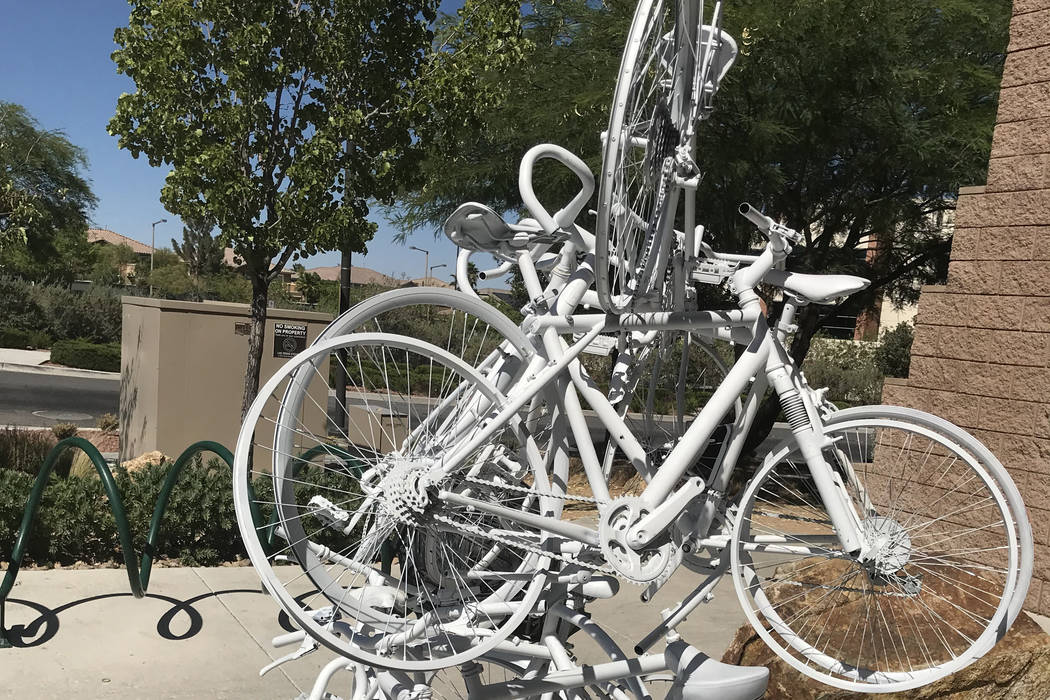 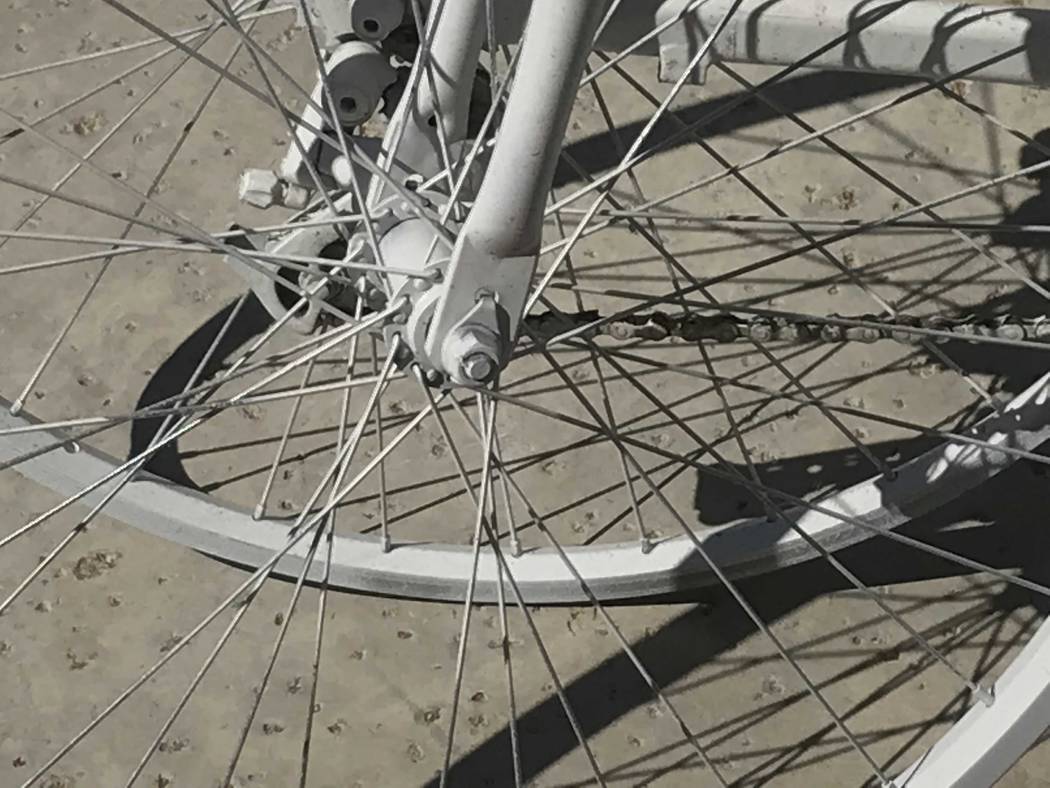 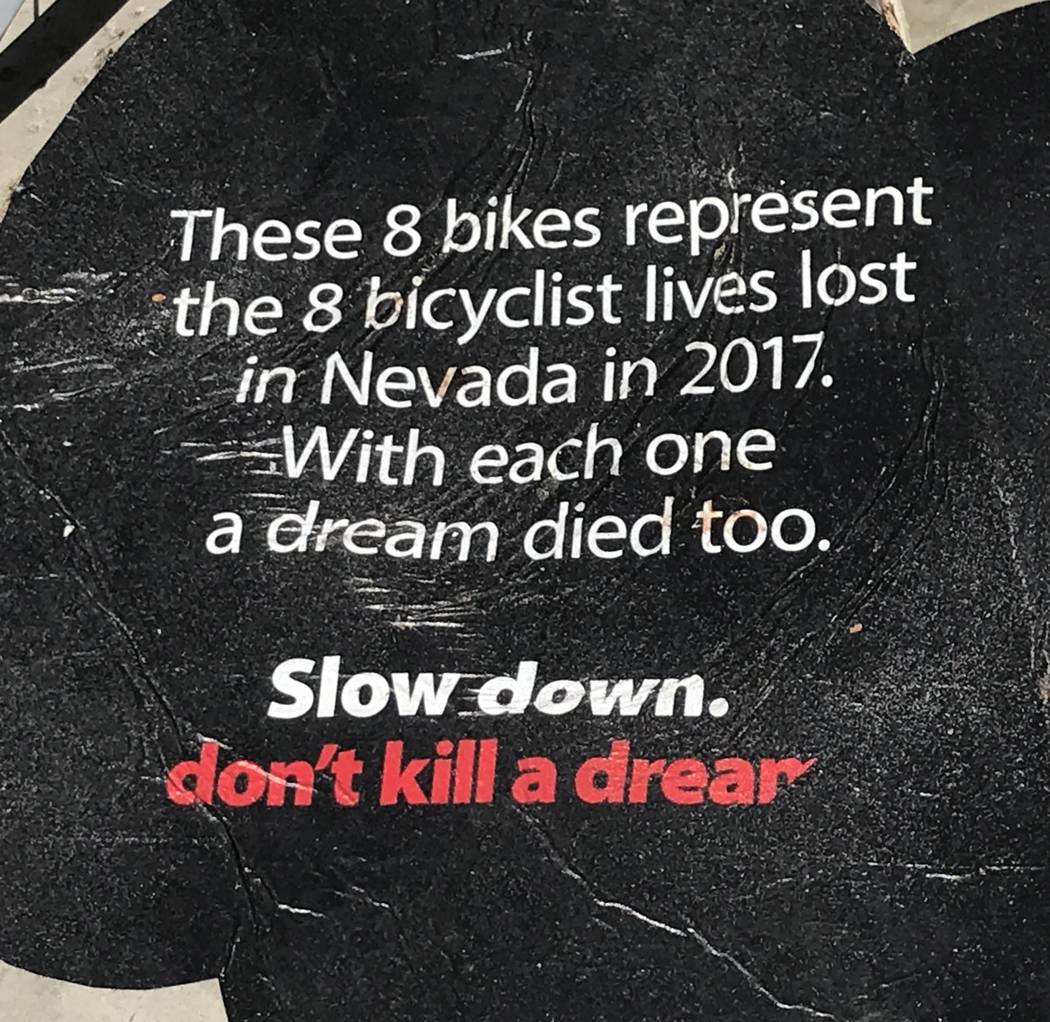 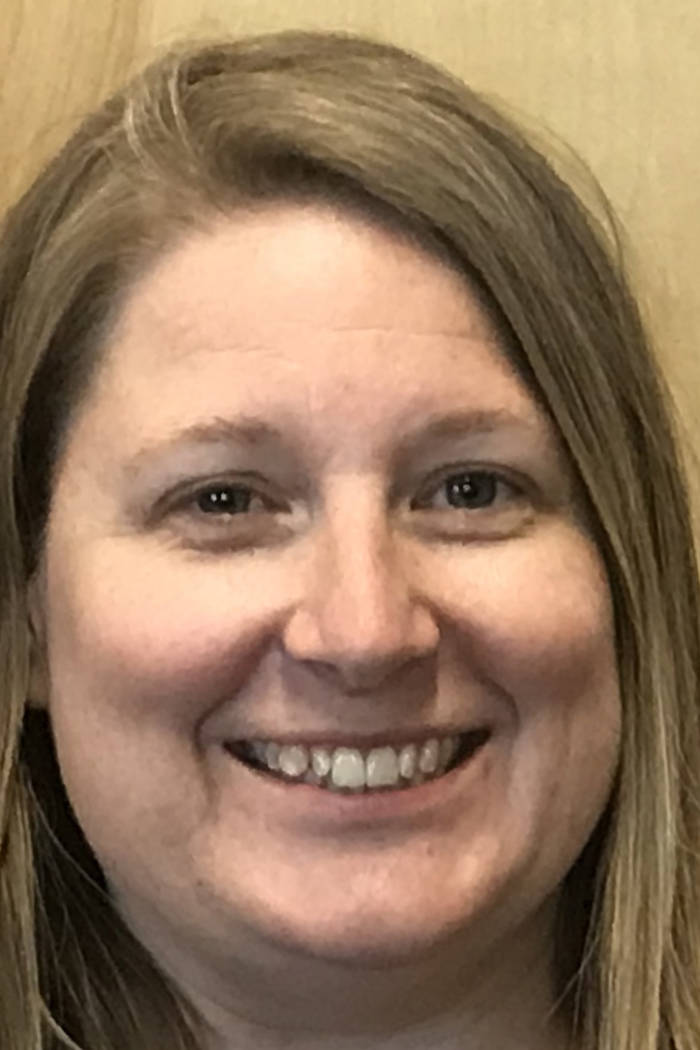 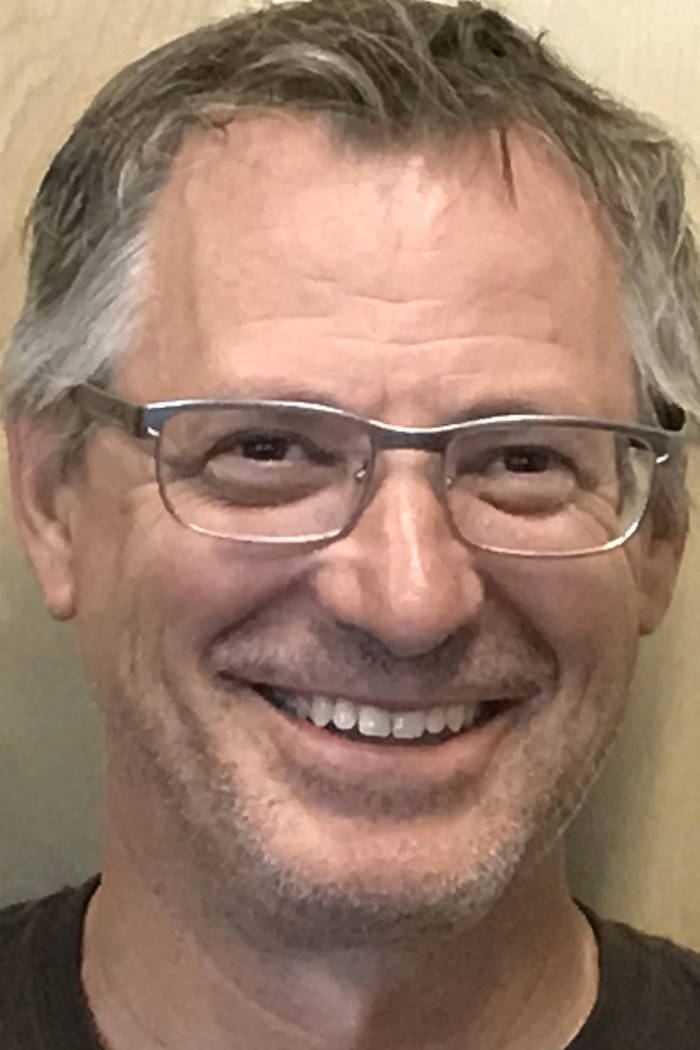 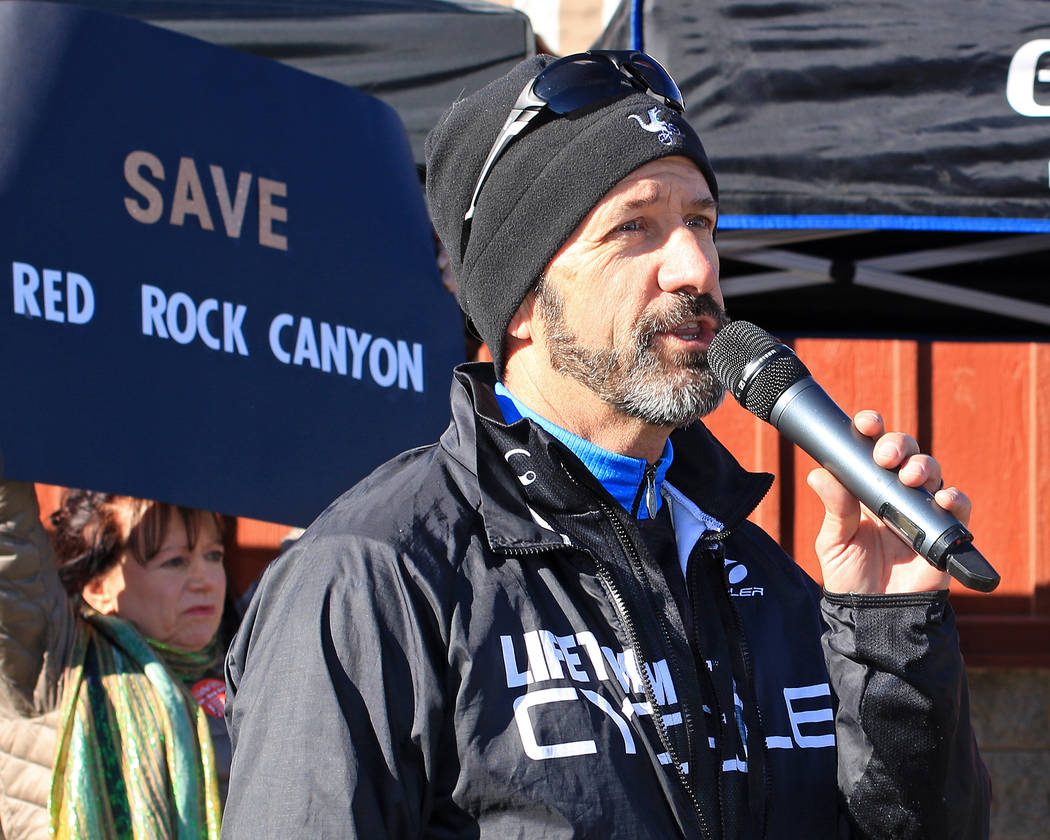 Jen Becker helped put together a memorial for her best friend — a cyclist who died in October 2015 after being struck by a car.

It wasn’t just a way to raise awareness and encourage motorists to be more cautious. It was a way to find healing.

Becker’s friend Cara Cox, 49, was struck by a car near Sun City Anthem Drive and Thunder Bay Avenue in Henderson and died about two months later.

Ghost Bikes Las Vegas — a volunteer group that isn’t registered as a nonprofit — formed more than 2 1/2 years ago to promote the safety of cyclists and teach drivers about how to be more cautious. The group placed a “ghost bike” where Cox was hit.

“It’s to be a reminder to those in the area that someone lost their life there,” said Becker, who’s the office manager for Las Vegas Cyclery in the Summerlin area.

Volunteers from Ghost Bikes created a memorial sculpture to remember eight Nevada cyclists killed in 2017; it was completed in March. The sculpture was originally on display at Zappos’ corporate headquarters in downtown Las Vegas but moved in June to Las Vegas Cyclery.

Eight fatalities is a particularly large number, said Shawn Tyrone, chief operating officer at Las Vegas Cyclery, but he noted there were likely many more cyclists struck who weren’t injured or survived their injuries.

The sculpture will eventually move to other Las Vegas-area businesses as a traveling piece, but there’s no timeline for when that will happen, Tyrone said.

Customers and passersby are asking about the sculpture, Tyrone said, and the shop has posted about it on social media.

It’s made of a cluster of eight bicycles — all painted white — stacked on top of one another.

Ghost Bikes Las Vegas was approached about creating a memorial sculpture as a result of a project Zappos was collaborating on for the state’s Zero Fatalities program, Ghost Bikes co-founder Pat Treichel said. The visual message behind ghost bikes caught the groups’ attention.

The group wanted a more permanent memorial to cyclists who’ve been killed. Depending on where an individual ghost bike is placed, it often can’t be left up permanently and is sometimes removed by the city, Becker said.

In Las Vegas, memorials are handled on a case-by-case basis, city spokesman Jace Radke wrote in an email to the Review-Journal.

“Our Operations and Maintenance Department often works with families to ensure that these homemade memorials do not encroach on the public right of way or cause any kind of obstruction for pedestrians or motorists,” he stated.

The city also has an ordinance stating it’s against the law for “any person to erect, place or maintain any obstruction” in a public right-of-way, such as a street, sidewalk or alley.

Henderson has a similar ordinance; it states if city officials find an obstruction “above, across or under the streets of the city” and the item is deemed too “dangerous or unsafe to the public,” it must be removed and anyone who fails to obey a removal order will be fined $500 each day after the notice has expired.

Las Vegas is a big city, but the cycling community has a tight-knit feel, Tyrone said. Over the years, three of his cycling friends have died after being hit by a vehicle, he said.

“We all just want to get home from our ride,” Tyrone said.

Treichel, a longtime cyclist, had a handful of friends who died after being struck by drivers.

“I was just kind of personally raised by hippies where if you don’t like something, you do something about it,” he said.

Treichel, whose day job is in operations for Bombard Electric, also runs the cycle program for Life Time Athletic, a Summerlin-area gym. He was involved with charity bike rides to bring attention to the threat cyclists face, but it was a challenge.

“Every time, we just felt like we just weren’t able to humanize a fallen cyclist,” he said. “Everyone felt it was just another one of those guys in spandex out on the road where they weren’t supposed to be.”

Ghost Bikes Las Vegas’ first ghost bike placement was for 51-year-old hand surgeon and cyclist Dr. Kayvan Khiabani, who was struck and killed by a tour bus in April 2017 near Red Rock Resort.

The group also reaches out to family members of victims to see if they want to be involved in creating a memorial.

Issues have arisen, though, with the placement of some memorials. Ghost Bikes sometimes receives requests from places like hotels and homeowners associations to take down a memorial because they say it’s an eyesore and makes people feel uncomfortable, Treichel said.

But a little discomfort is “exactly what we’re wanting,” Treichel said. The message, he said, is to remind people “if we’re not mindful, this can happen.”

Ghost Bikes Las Vegas also aims to educate motorists about Nevada laws, including that they must leave at least 3 feet of clearance when passing a cyclist.

Treichel said, “Our entire goal and our mission statement is to never go out and place another ghost bike.” 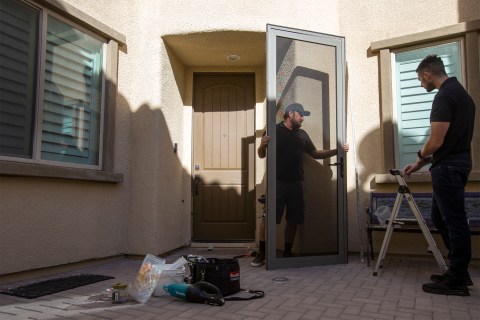 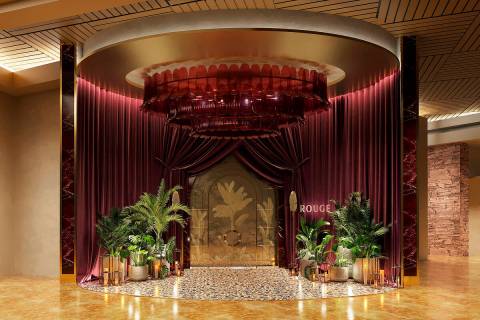 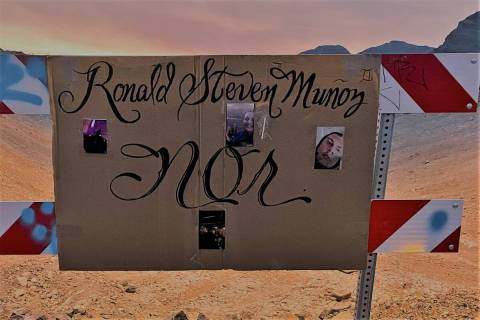 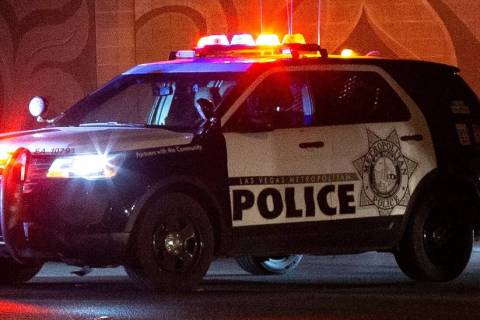 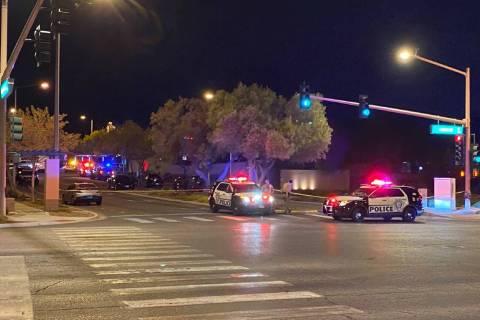 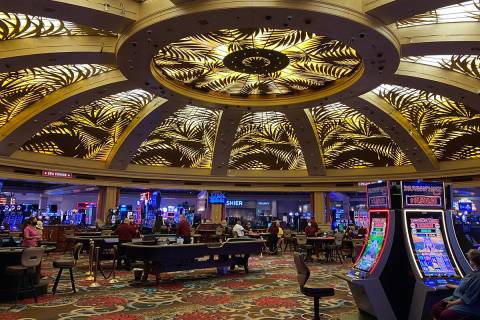 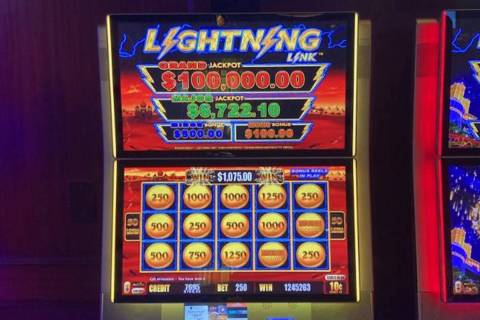