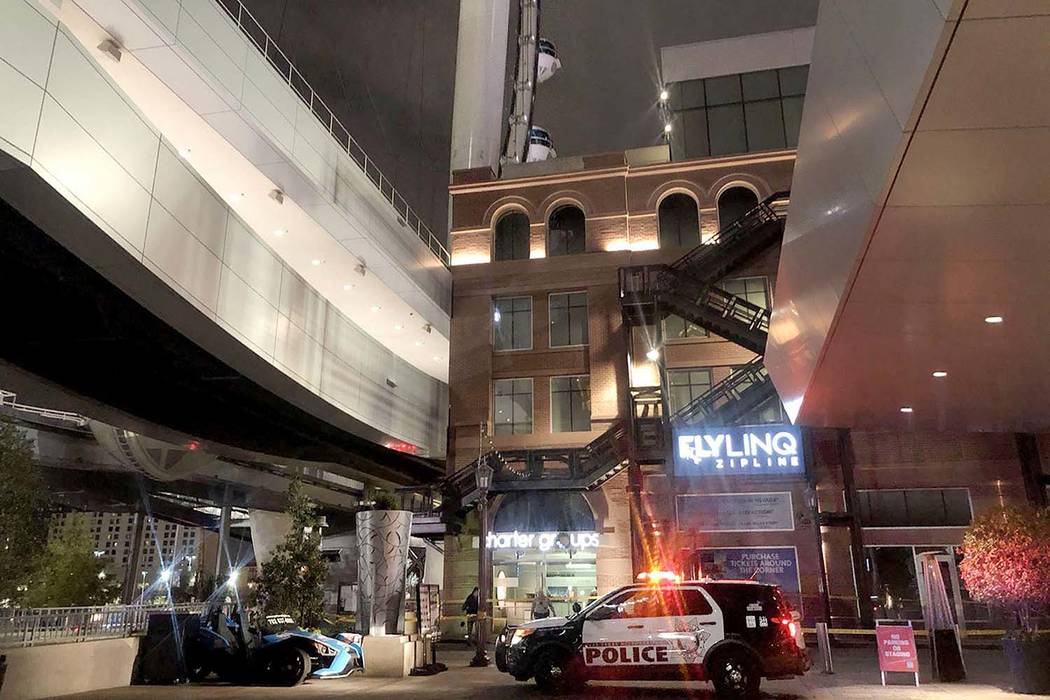 A police car is seen near the High Roller in Las Vegas, Friday, Feb. 15, 2019, after a man fell down stairs in the High Roller loading area. (Katelyn Newberg/Las Vegas Review-Journal)

The Clark County coroner’s office on Tuesday identified the man who died after falling down stairs Friday night in the High Roller loading area on the Las Vegas Strip.

Police were called about 7 p.m. after Jones-Green fell down the stairs on the Linq Promenade near the High Roller, located between the Flamingo Las Vegas and The Linq hotels.

According to preliminary investigation, Jones-Green was “running around on the loading area for the High Roller,” prior to falling down the stairs, Meyers said.

Officers at the scene believed he “entered an unauthorized area on the property and fell as a result of his actions,” Lt. William Matchko said.

Jones-Green was taken to University Medical Center where he later died, Meyers said.

The coroner’s office has not yet determined his cause and manner of death.