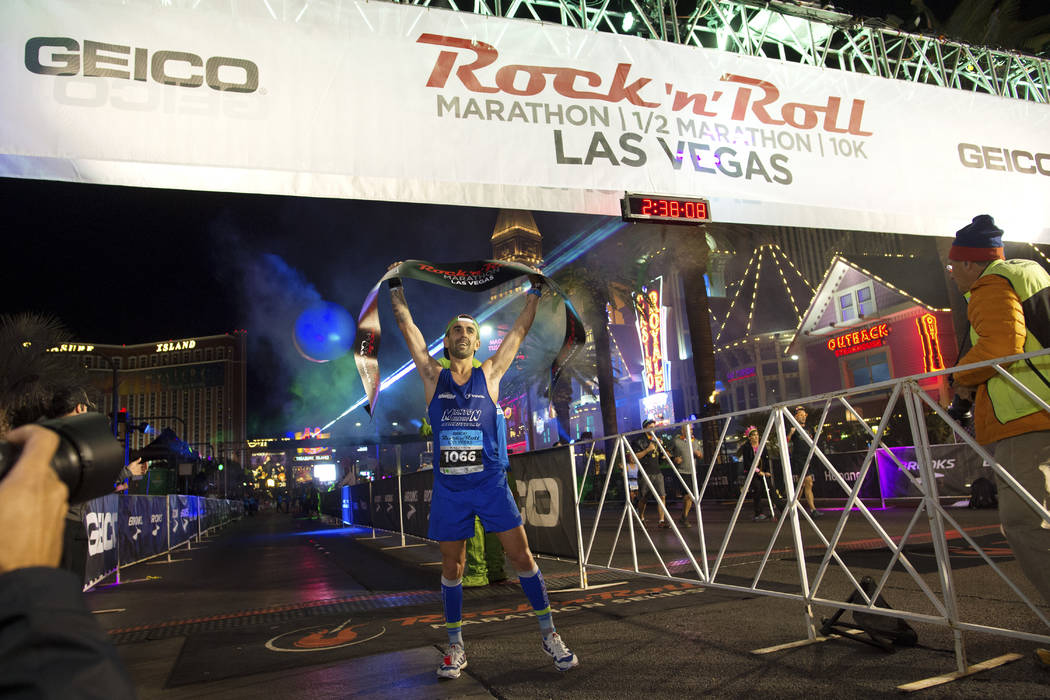 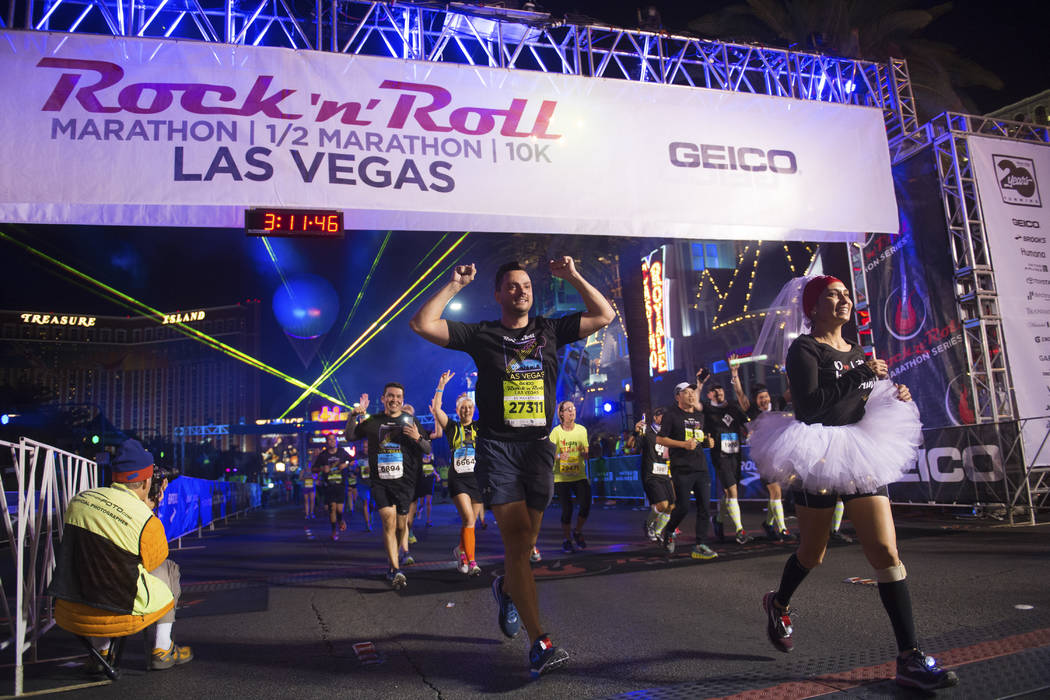 Las Vegas police will be on guard this weekend to ensure Rock ’n’ Roll Marathon festivities run smoothly and safely.

“We’ve taken many, many steps to make sure this event is as safe as possible,” Metropolitan Police Department Lt. Kendall Bell said.

More than 300 uniformed and plainclothes officers will work Sunday along the race routes, which stretch from the Las Vegas Strip into downtown, said Bell, who is with Metro’s event planning section.

Metro officials felt the security plan from last year’s race was solid, Bell said. Security measures will largely remain the same, aside from some officer and barricade placement to accommodate the new starting and pre-party locations, he said.

Officers will keep watch from above and relay information on suspicious activities to the officers working at street level. Metro also will monitor fixed and mobile cameras positioned up and down the Strip. A Metro helicopter will circle above the festivities, Bell said. More than a year after a gunman opened fire on a crowd of 22,000 concertgoers on the Strip, mass-casualty attacks continue nationwide. On Wednesday night a gunman killed 12 in a Southern California bar frequented by Route 91 Harvest festival survivors.

Staying one step ahead is a big task for Metro, Bell said.

“We don’t know when or where events are going to happen,” he said.

But police have worked hard to prepare for anything, Bell said. First responders and event organizers have trained for several crisis scenarios and coordinated how they would respond to each one.

While police will look out for suspicious activity, Bell urged the public to do the same. The “see something, say something” mantra is oft-repeated and borders on cliche, but the message remains important, Bell said.

“If you see something that raises the hair on the back of your neck, find an officer,” he said.

About 40,000 registered runners are participating in the Sunday races, according to event organizers. Police expect the events, which begin Saturday, to draw about 250,000 people in total, and Bell said he hopes participants and onlookers will be as vigilant as Metro officers.

“That’s half a million eyeballs out there that can see something that we’ve missed,” he said.