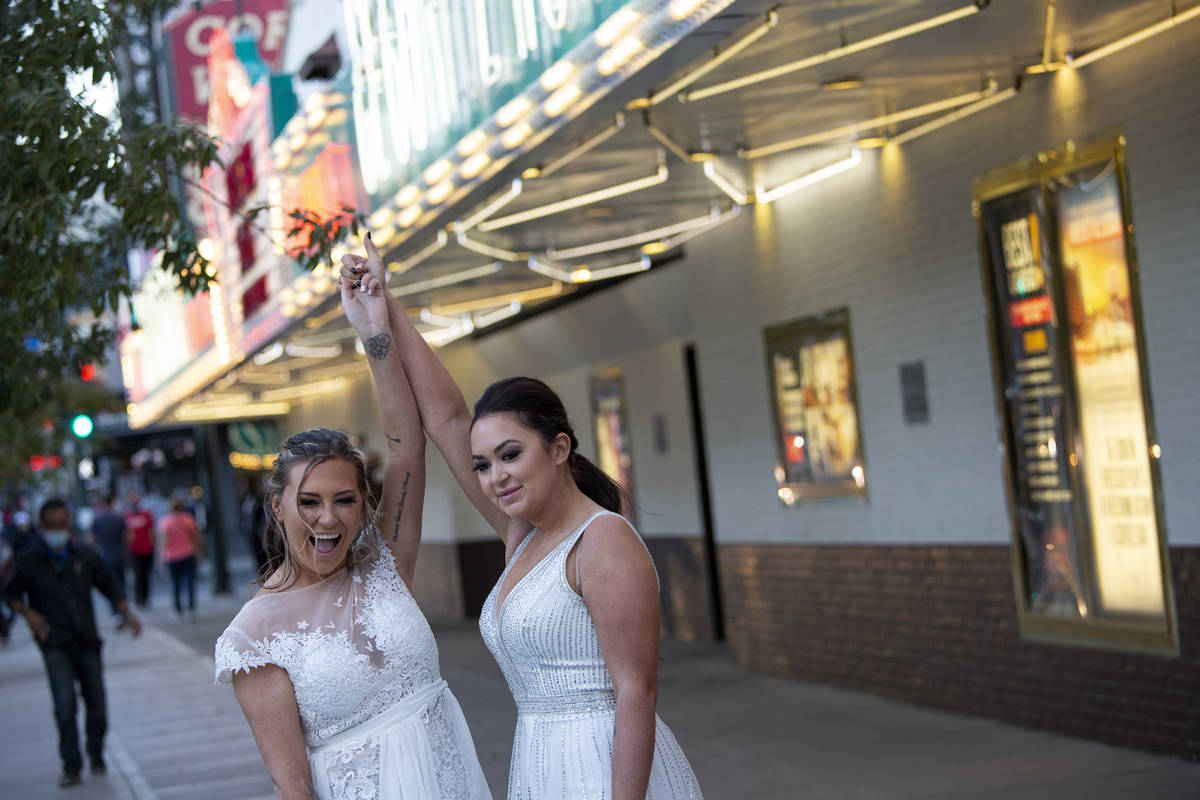 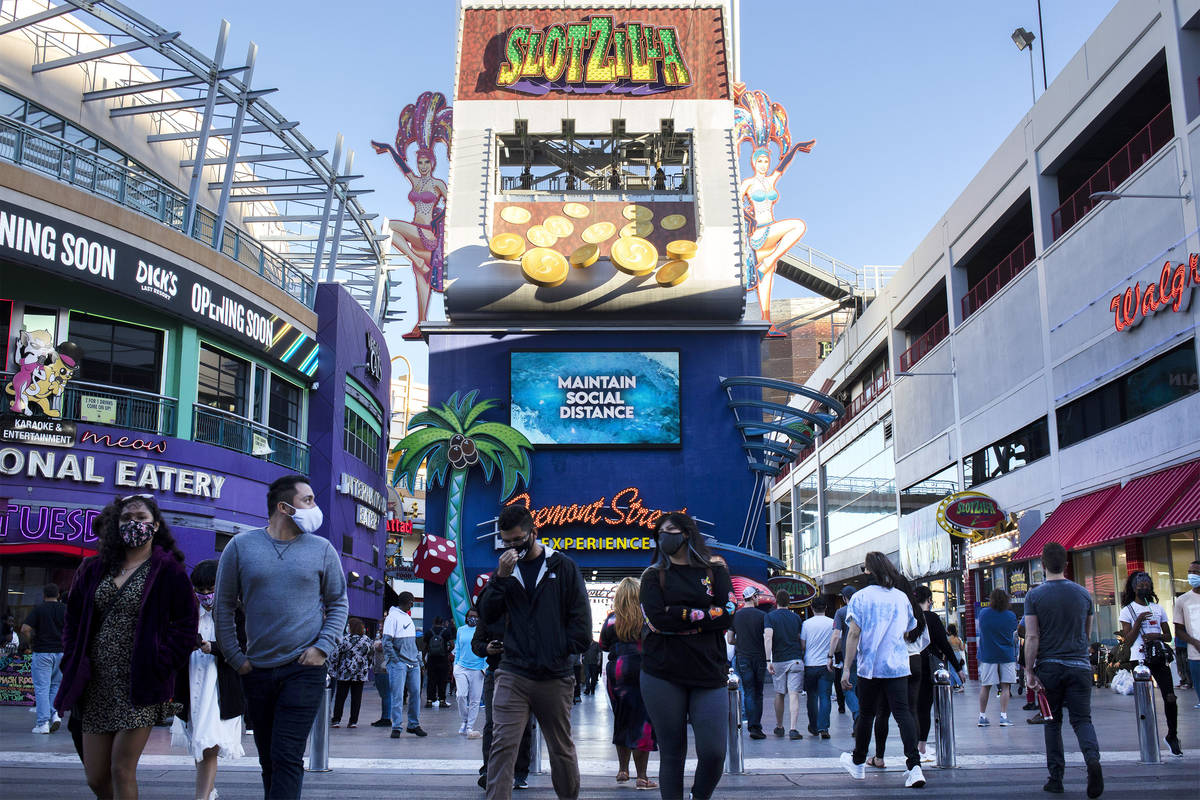 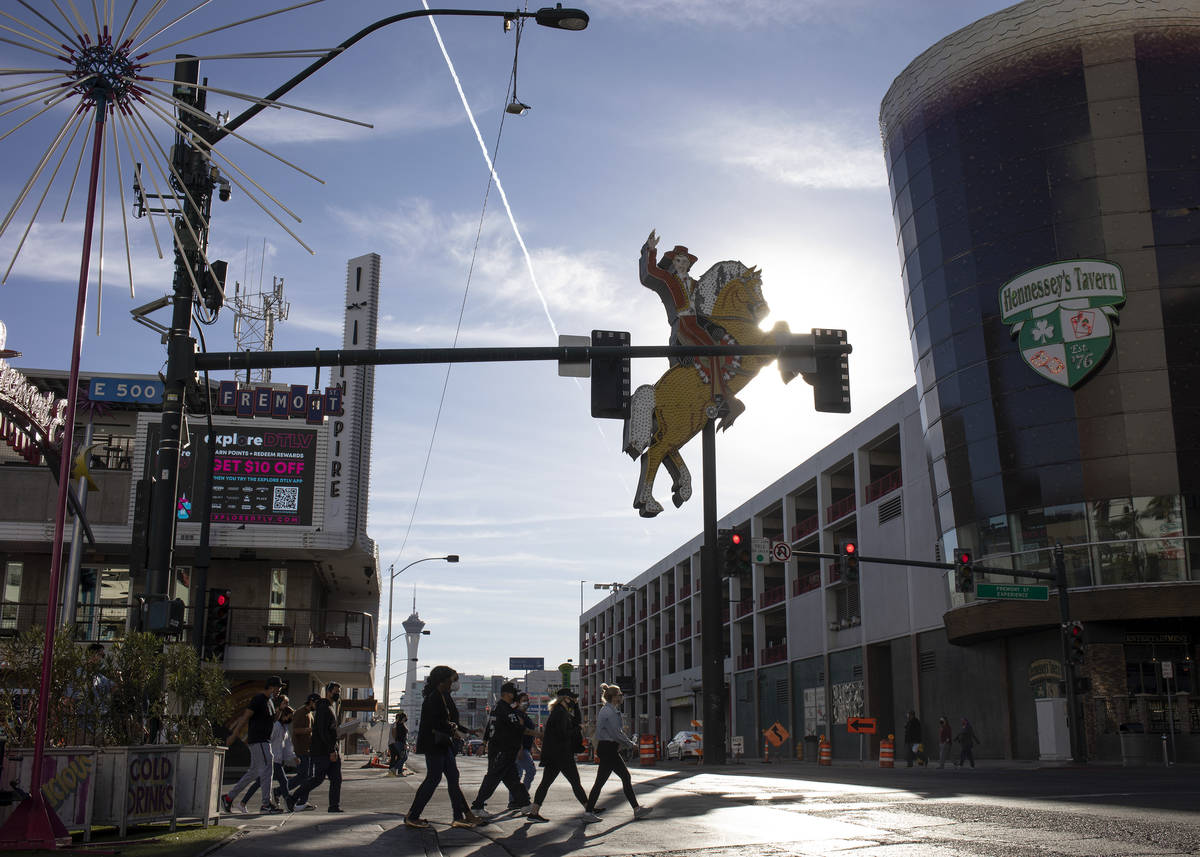 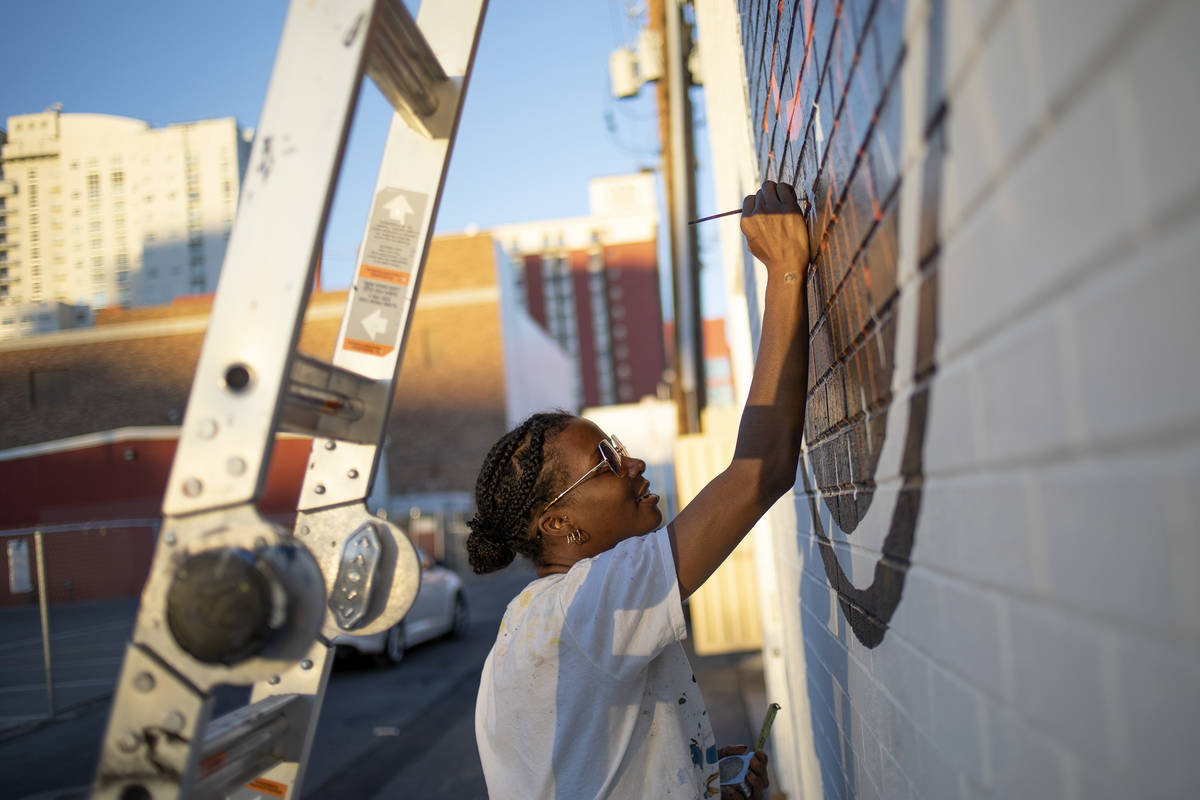 Krystal Rhema, an artist from Los Angeles, paints a mural on the exterior wall of a new, downtown restaurant on Saturday, Jan. 16, 2021, in Las Vegas. (Ellen Schmidt/Las Vegas Review-Journal) @ellenschmidttt

Tourists and residents alike took advantage of the warm sunshine Saturday in Las Vegas, as the temperature rose above 70 degrees.

“It peaks today,” she said Saturday night after several days of near-70 temperatures. “It’ll remain in the upper 60s through Monday and then drop back into the 50s on Tuesday.”

Thursday and Friday hit a high of 68, and Sunday is expected to reach 69.

Saturday’s sunshine meant a wet day on Mount Charleston, where by 7 p.m. all snow at the fire station had melted. Varian said Lee Canyon Ski Resort still has at least a few inches, and Tuesday may mean another chance of snow there.