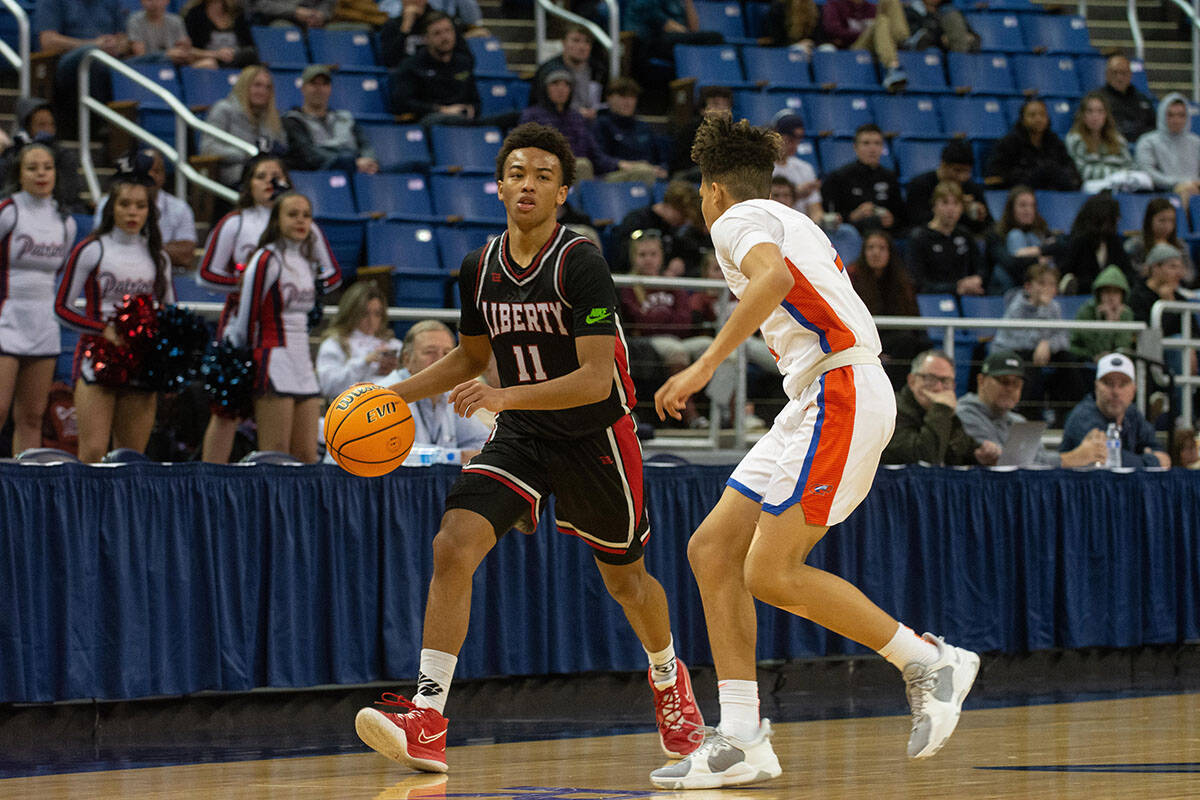 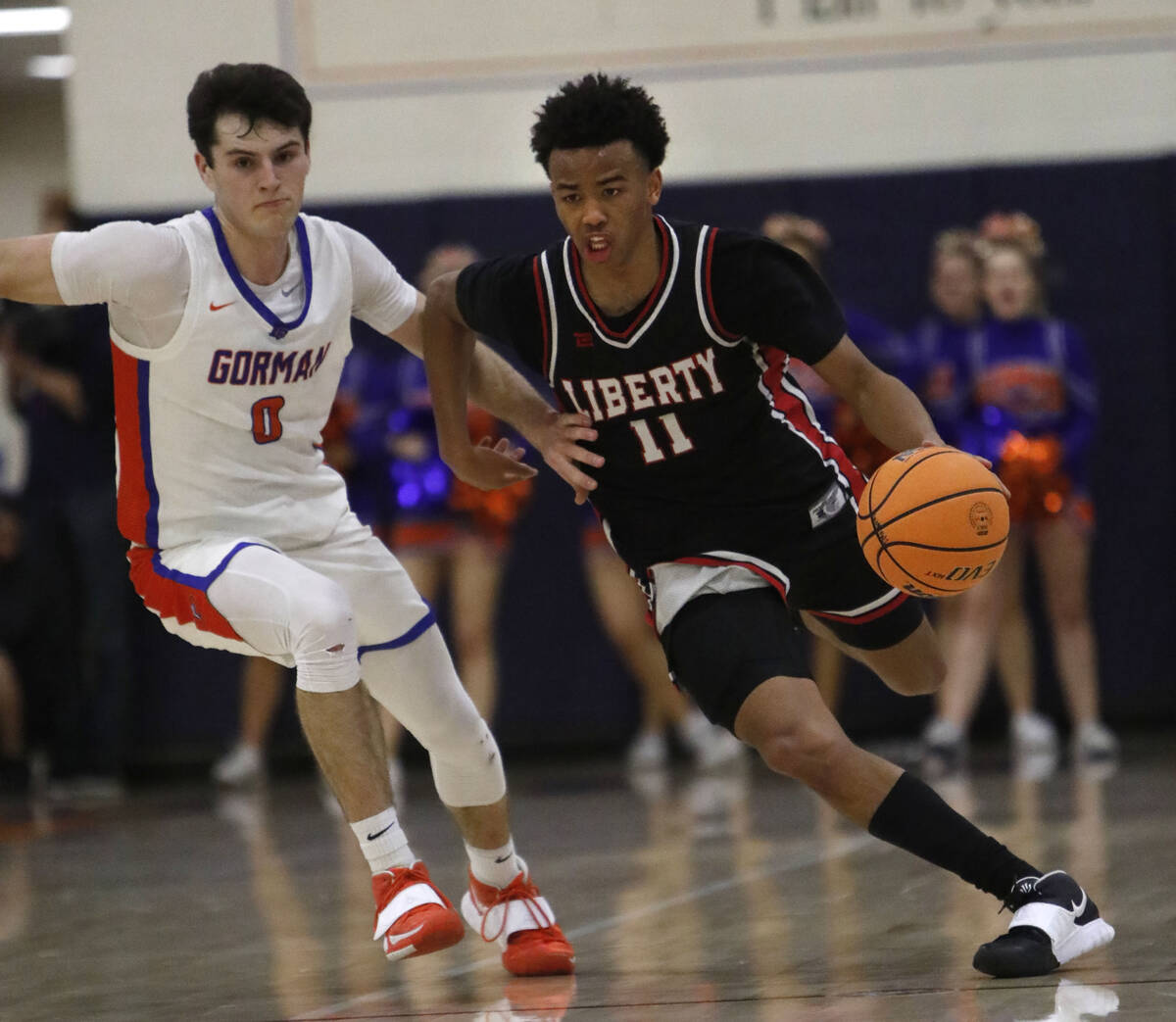 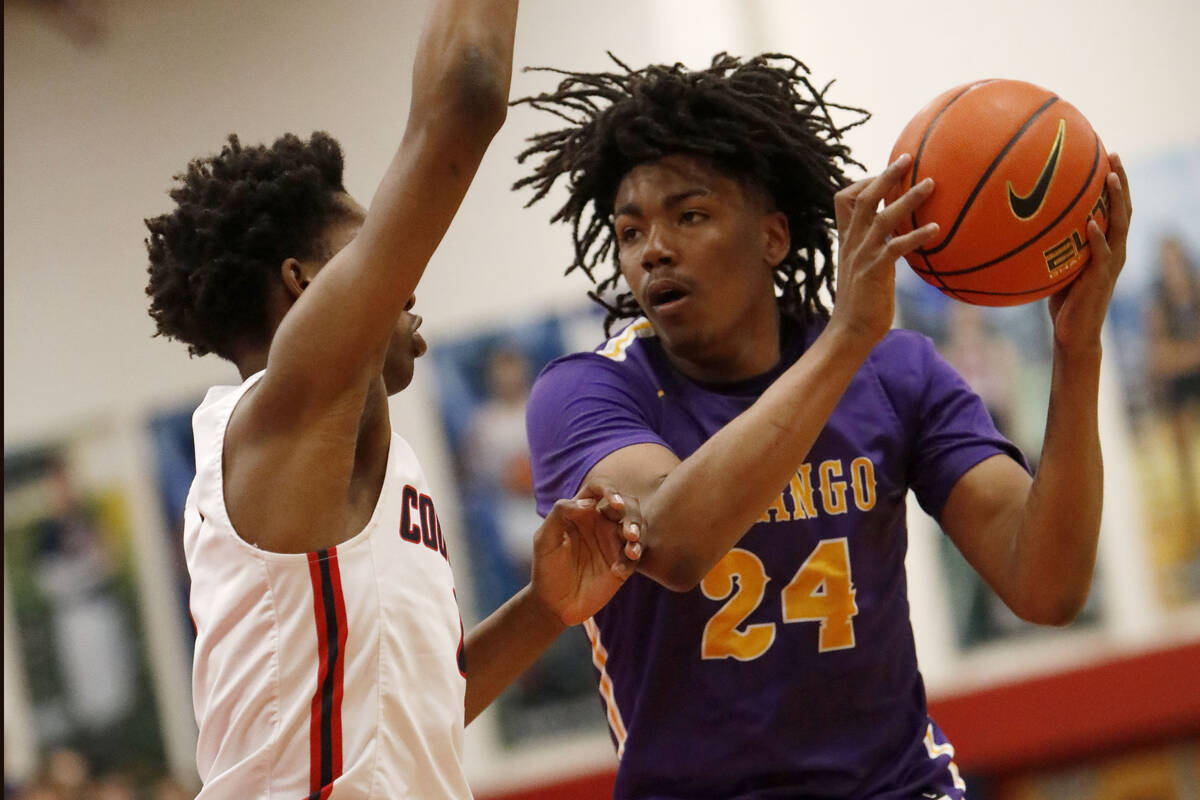 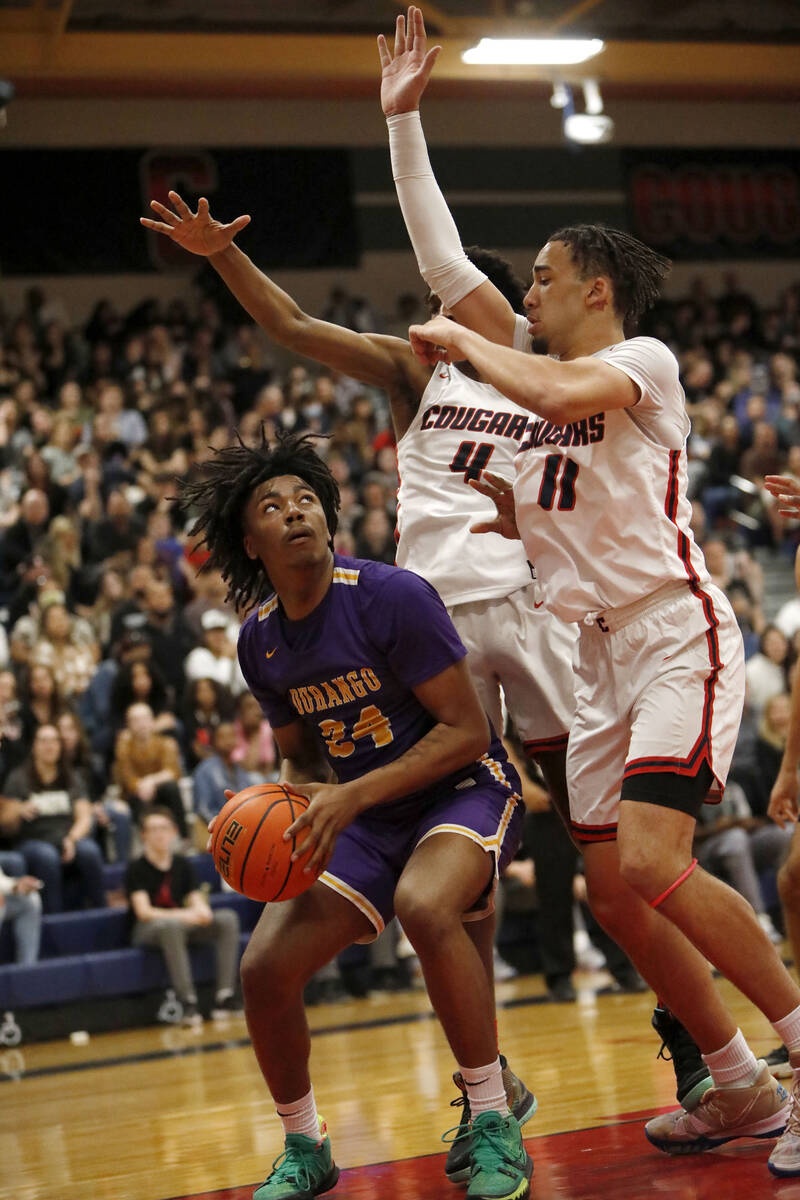 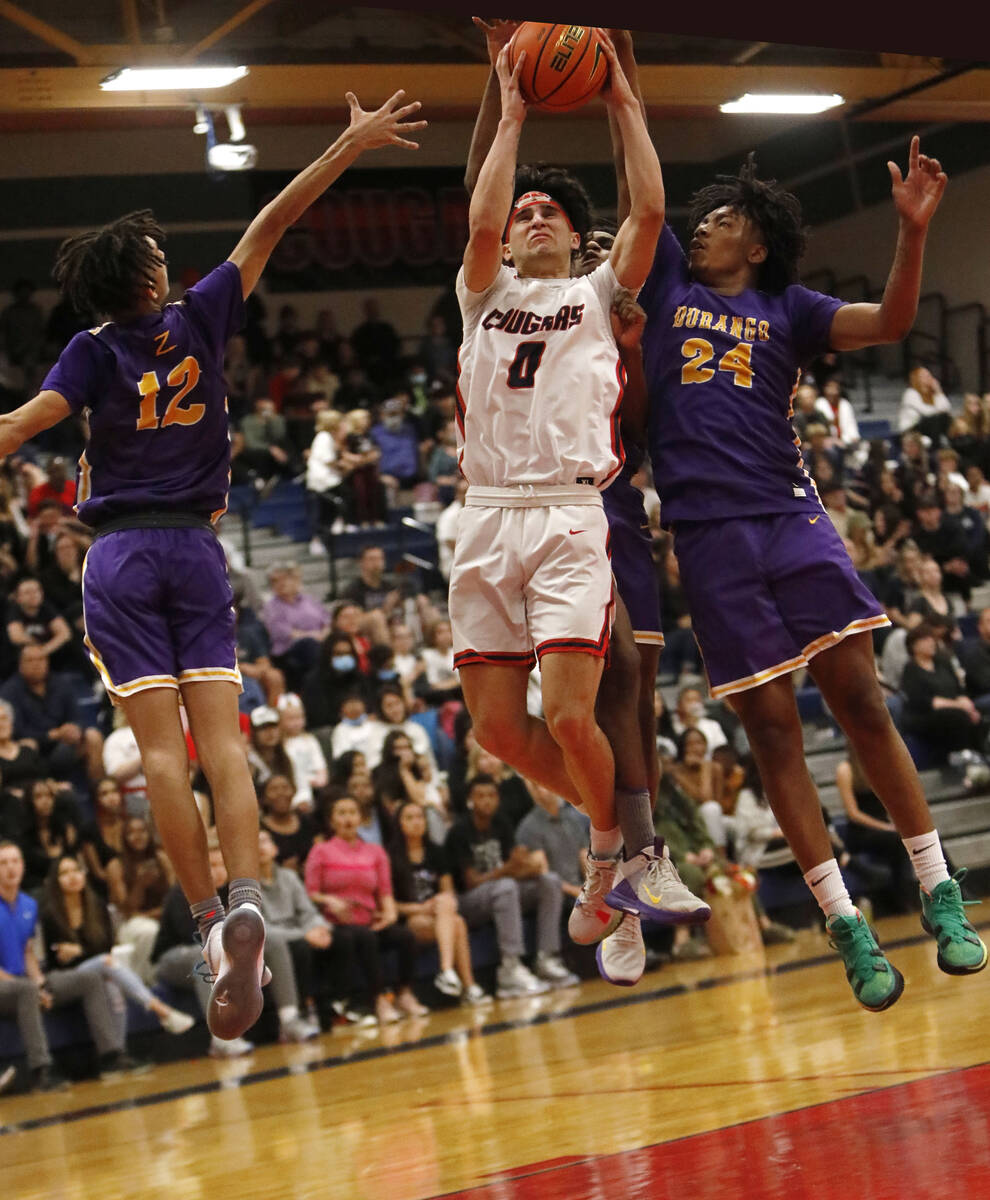 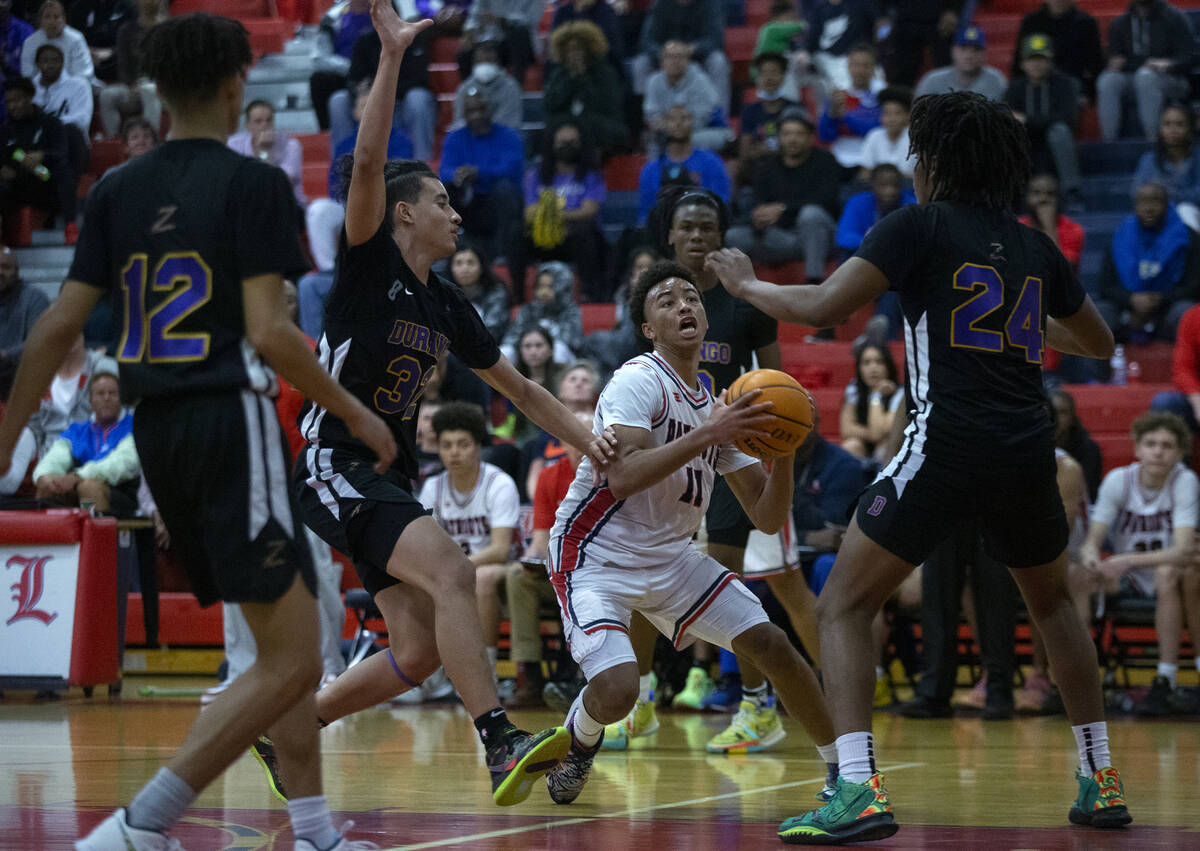 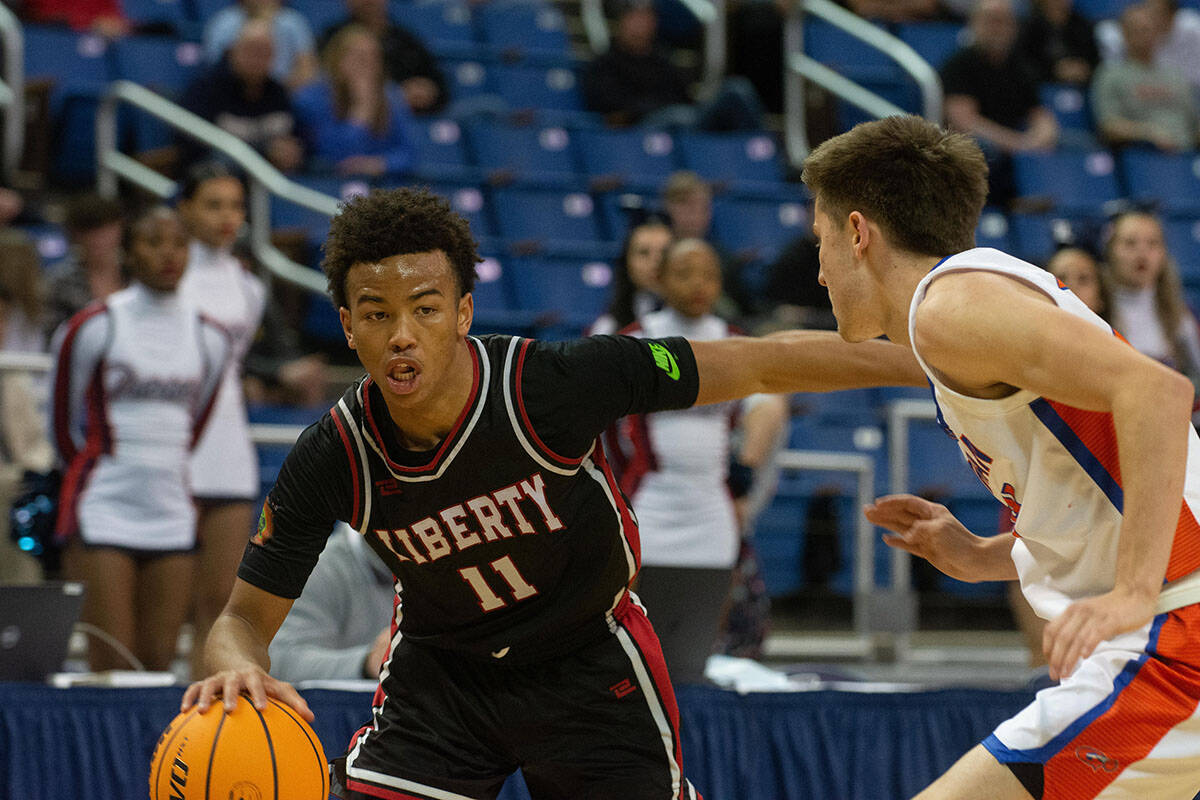 “I’m exploring all my options right now,” Thomas said Wednesday. “A couple of schools do want me to go a year early just so I can get my body ready and stuff like that.”

He declined to name which schools want him to leave early, but Thomas is being widely recruited. Thomas has received scholarship offers from schools such as UNLV, Gonzaga, UCLA, Houston and Louisiana State.

“I’m just taking it all in at this point,” Thomas said. “But I do plan on cutting my list in the next couple of weeks.”

He said he has enjoyed the recruiting process.

“My dad’s taught me how to make smart decisions during this time,” Thomas said. “I listen to what everyone has to say, explore my options and do what’s best for me.”

Durango 6-3 shooting guard Taj DeGourville, a four-star prospect, is listed fourth in the state among ESPN’s 2024 prospects. He had a strong performance playing for Durango in the playoffs and for club team Vegas Elite in the Peach Jam.

“We don’t have a set timeline (for an announcement), but I think the plan would be sometime late spring or early summer of next year if all works out well,” Beeten said.

He shined in the Nike Elite Youth Basketball League this summer, averaging 16.5 points.

According to his Twitter feed, Mack has received offers from UNLV, Oklahoma, New Mexico, California, Nebraska and Florida State, among others. The Rebels were the first to offer him.

Blessed to receive my first official offer from UNLV I would also like to thank head coach Kevin Kruger #LLK #GGM pic.twitter.com/WQcAPSZutZ

Attempts to reach Mack were unsuccessful.

Mack became the only active Nevada player on the 2023 list when 6-8 forward Osiris Grady left Coronado in July for Wasatch Academy south of Provo, Utah. However, Grady is a Las Vegas native and is still listed as a Nevada player by ESPN.

According to his Twitter feed, Grady has offers from UNLV, UNR, Texas Tech, Arkansas, West Virginia, Southern California and Cal, among others.

We are proud to announce that
6’8 C/O 2023 Osiris Grady of @Coronadohoops has received an offer from The University of Las Vegas #MWC #VivaLasVegas #DaPunishersProcess pic.twitter.com/YQglecmN45