Tiare Lee went 4-for-4 with a home run, a double and two RBIs on Friday to help Rancho’s softball team clinch the Division I Sunrise League title with an 11-4 win over visiting Foothill.

Gianna Carosone was 2-for-4 with a home run and two RBIs, and Katerina Anthony went 1-for-2 with two RBIs for the Rams.

Sarah Maddox was 2-for-4 for the Falcons.

Spring Valley 11, Boulder City 4 — At Boulder City, Stephanie Huff was 3-for-5 with a double and three RBIs as the Grizzlies topped the Eagles in a battle of the Division I-A Southern Region’s league leaders.

Teegan Teel was 2-for-3 with three runs, and Madison Macove and Michaela Hood each went 2-for-5 with an RBI for Spring Valley, which scored three runs in each of the final three innings.

Hood tossed a three-hitter and struck out seven.

Bryanna Lopez was 1-for-3 with two RBIs for Boulder City.

Arbor View 15, Desert Oasis 13 — At Arbor View, Breanne Henricksen’s two-run single in the bottom of the sixth inning capped a six-run rally as the Aggies downed the Diamondbacks.

Cierra Mikaelsen went 4-for-4 with two doubles and four RBIs for Arbor View, which led 9-5 after five innings.

Meagan McInerney went 4-for-5 with two doubles and an RBI for Desert Oasis, which rallied with eight runs in the top of the sixth.

Sierra Vista 2, Legacy 0 — At Sierra Vista, Kalei Watkins spun a four-hitter and struck out 10 as the Mountain Lions blanked the Longhorns.

Mia Buranamonti went 2-for-3 with an RBI double that broke a scoreless tie in the sixth inning for Sierra Vista.

Amanda Sink was 2-for-3 for Legacy.

Las Vegas 5, Eldorado 1 — At Eldorado, Skylar Gorrell tossed a three-hitter to lead the Wildcats by the Sundevils.

Gorrell also went 2-for-4 with two doubles and two RBIs for Las Vegas.

Liberty 10, Basic 0 — At Liberty, Soraya Seumalo spun a five-inning three-hitter to lead the Patriots by the Wolves.

Marisa Olmos went 2-for-4 with a triple and an RBI, and Cali Christopher doubled and had two RBIs for Liberty, which led 7-0 after one inning.

Centennial 10, Bonanza 0 — At Bonanza, Gillian Danielson tossed a five-inning four-hitter and struck out four as the Bulldogs blanked the Bengals.

Jasmine Rivera went 3-for-4 and Lina Berrera was 3-for-3 for Centennial.

Brianna Hernandez-Silva was 2-for-3 with a double for Bonanza.

Sunrise Mountain 14, Clark 0 — At Sunrise Mountain, Andrea Garner tossed a five-inning one-hitter and struck out 10 without allowing a walk as the Miners routed the Chargers.

Amy Locklear had a triple for Sunrise Mountain, which led 9-0 after one inning.

Green Valley 14, Valley 0 — At Green Valley, Allie Lamb, Samantha Loving and Katrina Ramos combined on a one-hitter and struck out 10 as the Gators routed the Vikings in five innings.

Lamb struck out seven and gave up Valley’s only hit — a bunt single by Baylee Wieslander to lead off the game.

Pahrump Valley 19, Del Sol 3 — At Del Sol, Evandy Murphy had four hits, including a home run and a double, as the Trojans routed the Dragons in five innings.

Leanne Kaiwi had two triples, a double and a single, and Jessica Gray added four hits, including a double for Pahrump. Jessica Pearson had a home run and two singles, and winning pitcher Virginia Weir added three singles for the Trojans, who turned a triple play in the fourth inning.

Silverado 27, Canyon Springs 0 — At Canyon Springs, Sarah Ford had two doubles as the Skyhawks exploded for 17 first-inning runs in a five-inning rout of the Pioneers.

Arika Rosales went 3-for-4 with four RBIs for Silverado.

Syndey Gardner doubled for the Pioneers.

Pahranagat Valley 17-14, Beaver Dam 0-0 — At Alamo, Kaitlyn Davis and Ashlyn Wadsworth each spun a five-inning no-hitter as the Panthers blanked the Diamonbacks in a doubleheader.

Davis struck out eight and walked two in the opener. Madison Harris belted a grand slam and had five RBIs for Pahranagat Valley.

In the second game, Wadsworth struck out eight and didn’t allow a walk. Morgan Harris hit a grand slam, and Madi Williams and Alyson Egbert added homers for the Panthers.

White Pine 15-19, Laughlin 5-2 — At Laughlin, Haylee Andre went 4-for-5 with two RBIs in the nightcap as the Bobcats swept a pair of five-inning games from the Cougars.

Ena Lester was 3-for-3 with three RBIs in the nightcap for White Pine, which scored eight runs in the fourth inning and 10 in the fifth.

In the opener, Brenna Williams doubled twice for the Bobcats, who used a seven-run third inning to pull away.

Brittany Schelper had two hits and an RBI in the second game for Laughlin.

The Meadows 13-23, Agassi Prep 8-13 — At The Meadows, Rachel Giang went 4-for-5 with a double in the opener as the Mustangs swept the Stars.

Hillary Giang was 2-for-4 in the nightcap for the Meadows.

Jasmine Martin retired 12 of 16 batters and led a 15-hit attack to help the Mustangs to a 13-3, five-inning victory over Coronado on Saturday in the Class 4A title game.

After falling behind 10-3, the Panthers scored four runs in the third and six in the fourth to take the lead and never looked back.

Kaden Cable blasted a championship-winning three-run home run to left field with two outs in the eighth inning as the Trojans downed Fernley, 13-10.

When Paige Murch pitches well, Needles’ softball team has to be prepared to make plenty of plays on defense.

Senior Shea Clements hit a home run to lead off the bottom of the sixth inning to help the Mustangs to a 7-6 victory over Coronado on Friday in the winners’ bracket final. 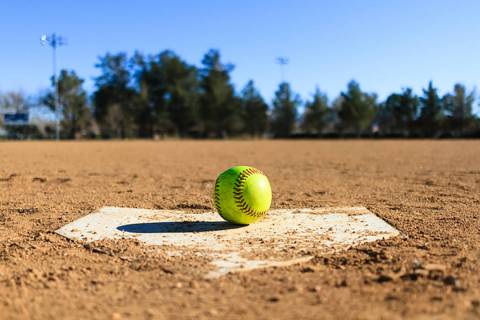 Phillips’ single keyed a four-run fourth that lifted the Mustangs to an 8-7 win over White Pine in the winners’ final of the Class 2A state tournament at The Meadows. 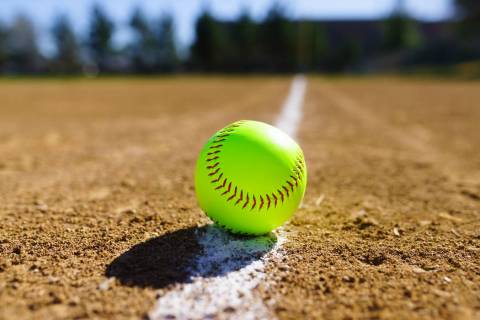 White Pine scored 13 runs in the final four innings to roll to a 15-10 win over the Lynx in the opening round of the Class 2A state tournament at The Meadows.