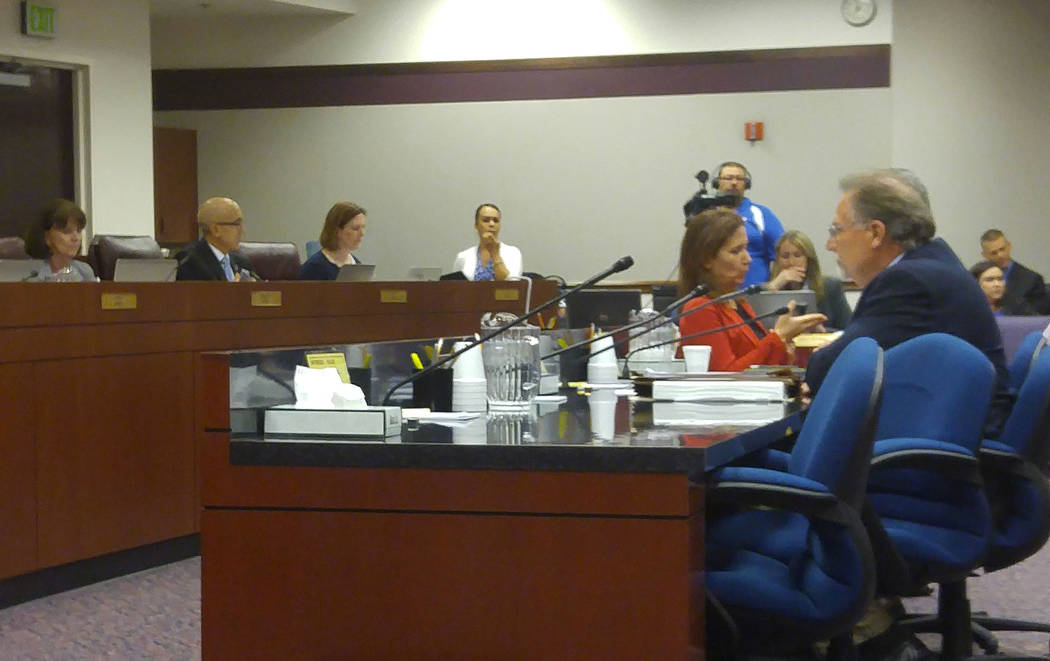 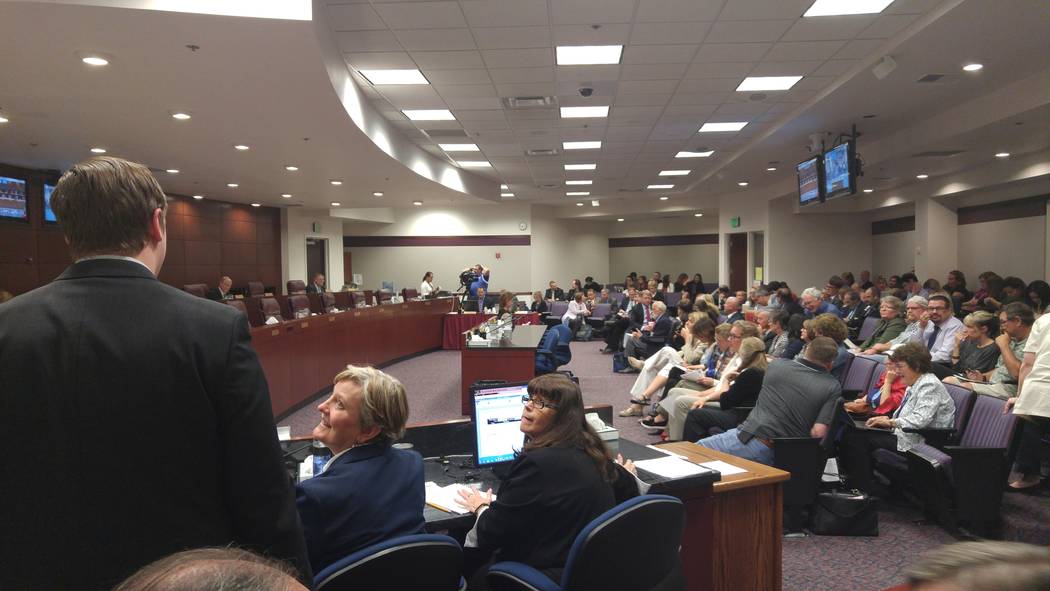 A crowd gathers in a legislative committee meeting room waiting for a hearing to start on Monday, May 29, 2017, in Carson City, about education savings accounts legislation. Ben Botkin Las Vegas Review-Journal

CARSON CITY — Education savings accounts, a Republican priority allowing parents to tap state funding to send their children to private schools, received a long-awaited hearing Monday as lawmakers try to end a stalemate and avoid sending the 2017 Legislature into overtime.

As introduced, Senate Bill 506 sponsored by Gov. Brian Sandoval seeks $60 million over the upcoming two years to fund the program.

Democrats have been staunch in their opposition, arguing taxpayer dollars should be used to improve public schools and that the voucher-like system would help wealthy residents who can afford to pay for private school.

But Republicans counter that school choice is a priority for all parents, and they dug in their heels, threatening to hold up marijuana taxes and the budget unless the accounts are funded.

Mike Willden, Sandoval’s chief of staff, told members of the Senate Finance and Assembly Ways and Means committees that SB506 is a priority of the governor.

Under the bill, households with incomes below 180 percent of the federal poverty level, or a child with a disability, would receive 100 percent of the state per-pupil support – roughly $5,900 in each of the next two years.

Families with higher incomes could receive 90 percent of the amount, and grants would be issued on a first-come, first-served basis.

Speaker Jason Frierson, D-Las Vegas, said Nevada is near the bottom of education rankings, and that the focus should be on improving public schools instead of giving tax dollars to private or religious schools.

“I recognize when talking about choice there’s an appetite to spread it around to everyone,” Frierson said. But he argued it’s “difficult to justify” helping wealthy families pay private tuition when Nevada is “behind Mississippi” in public funding.

Willden said Sandoval believes school choice should be universal and available to anyone to help parents decide what’s best for their children. He said Sandoval last year pumped more than $1 billion into public education and that ESAs are just an extension of programs to improve education overall.

“I don’t think ESAs are evil,” Watkins said, adding ESAs were the most popular issue during last year’s campaign.

He also suggested a sliding scale of benefits, giving low income students more money to afford private school than those from wealthier families.

“My hope is this framework … can provide a bridge between the two sides,” Watkins said.

ESAs were approved by the Republican-controlled 2015 Legislature, but they were sidelined when the Nevada Supreme Court said they must have a separate funding source outside the public school account.

Willden said about 10,000 applications have been received since the program was first authorized, but only 2,600 have been completed.

No action was taken by the committees, and the hearing stretched late into the evening.