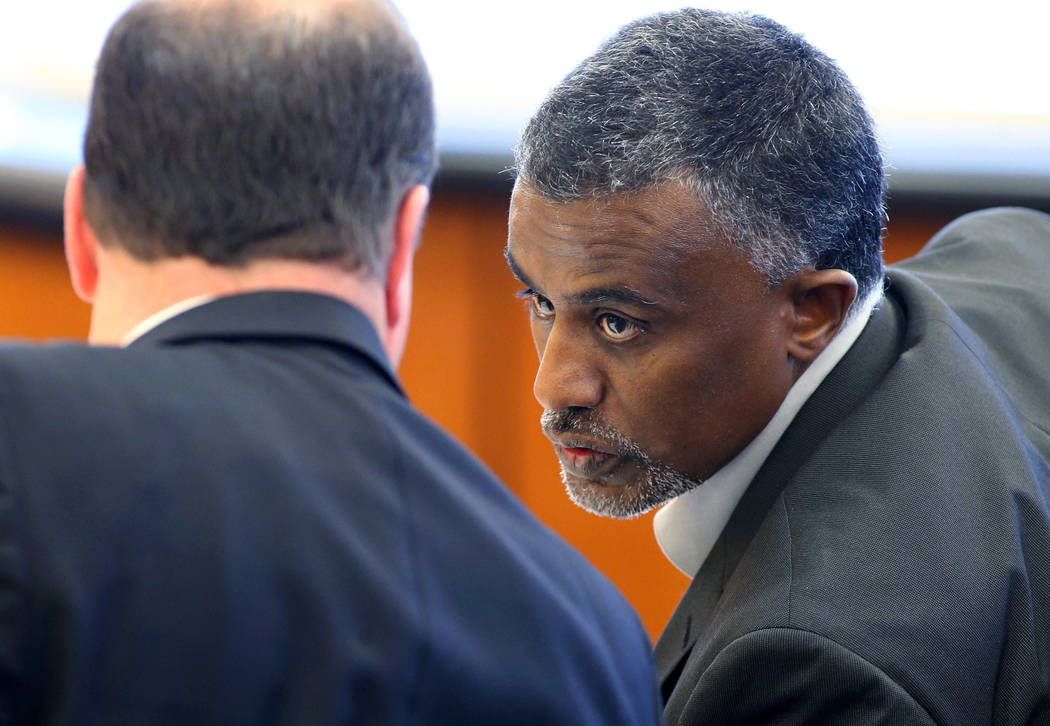 FILE - In this Dec. 29, 2015 file photo, Fanuel Gebreyes, right, father of Aden Hailu, talks to his attorney David O'Mara during a hearing in Washoe County District Court in Reno, Nev. Hailu, a 20-year-old woman at the center of an end-of-life court battle over her treatment at a Reno hospital, died Monday, Jan. 4, 2016, while still on life support, her family's lawyer said Tuesday. Hailu died at Saint Mary's Regional Medical Center, where she never awoke from anesthesia after surgery April 1, said O'Mara, the attorney representing Hailu's father and family. (Cathleen Allison/Las Vegas Review-Journal via AP, Pool, File) 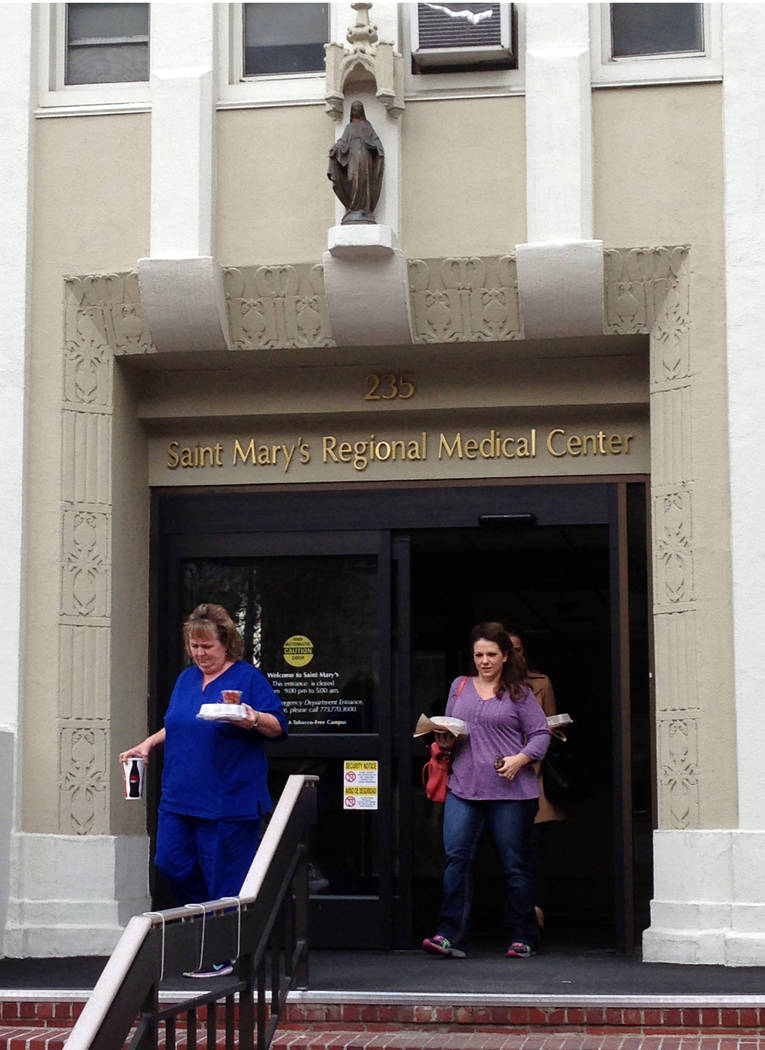 People walk out the main entrance of Saint Mary's Regional Medical Center Wednesday, Dec. 2, 2015, in Reno, Nev., where Aden Hailu, 20, has been on life support since doctors declared her brain dead more than six months ago. The Nevada hospital wants a judge to order new tests over the objections of Hailu's father, who insists she's alive and doesn't want to pull the plug. The case returns to Washoe County District Court in Reno Wednesday afternoon. (AP Photo/Scott Sonner) 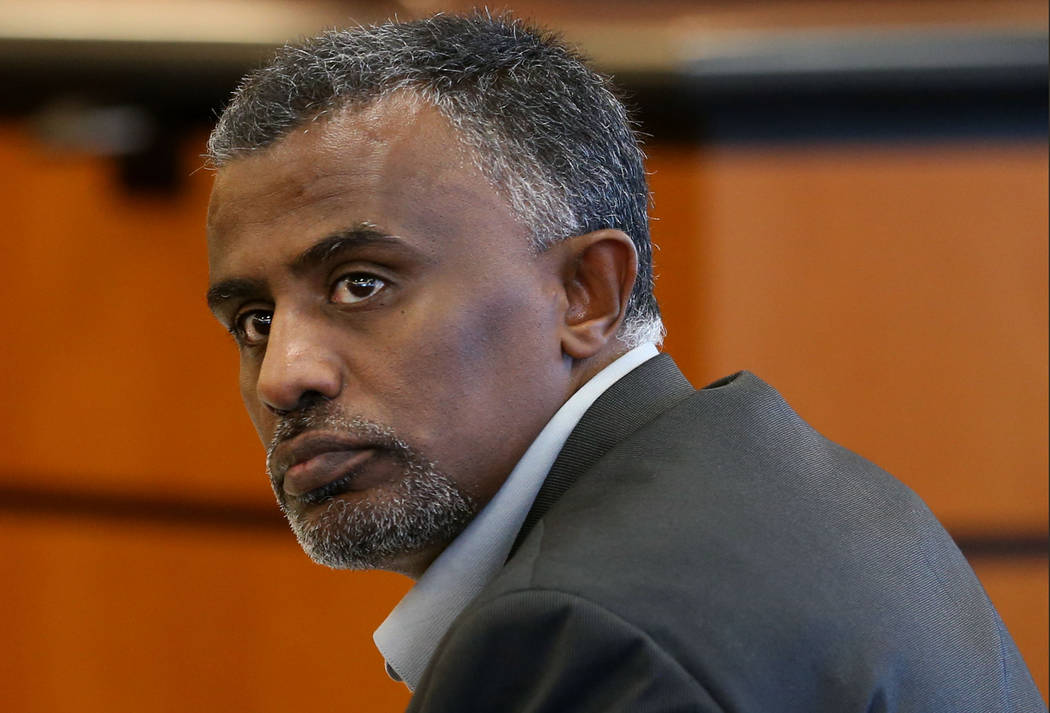 Fanuel Gebreyes listens to proceedings in Washoe County District Court in Reno, Nev., on Tuesday, Dec. 29, 2015. Gebreyes is fighting St. Mary's Regional Medical Center's determination of brain death in his daughter Aden Hailu. The judge ruled Tuesday in favor of the hospital's request to conduct additional tests on the 20-year-old who has been on life support since April. (Cathleen Allison/Las Vegas Review-Journal via AP, Pool) 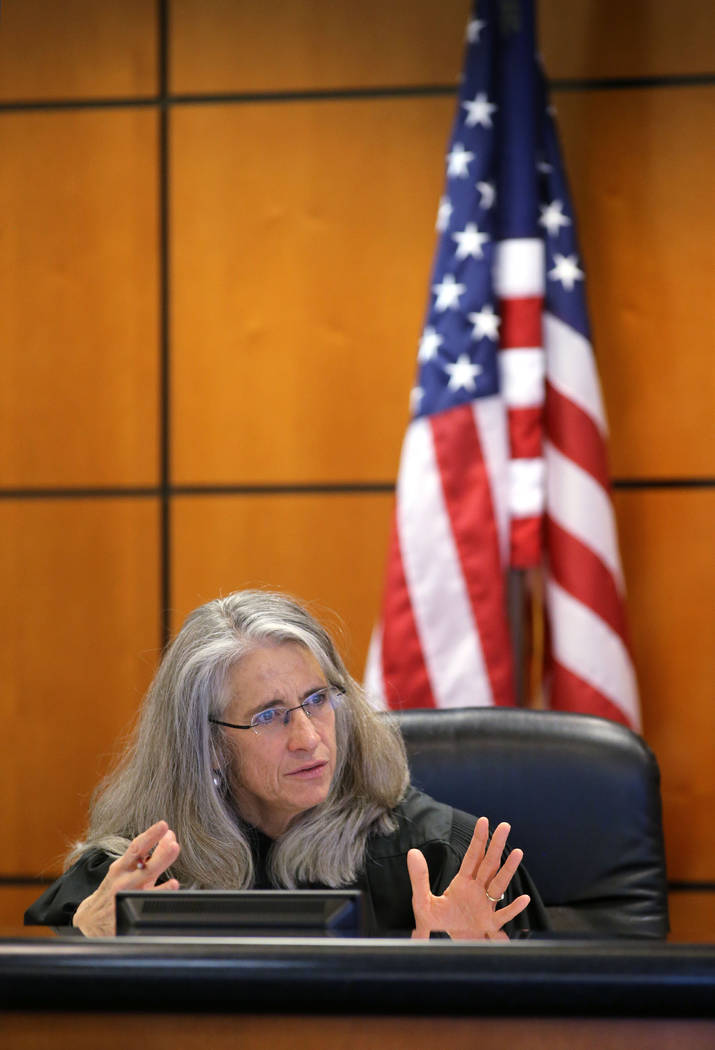 Washoe County District Court Judge Frances Doherty speaks at a hearing on Aden Hailu in Reno, Nev., on Tuesday, Dec. 29, 2015. The family of 20-year-old Hailu is fighting St. Mary's Regional Medical Center's determination of brain death for Hailu who has been on life support since April. The judge ruled Tuesday in favor of the hospital's request to conduct additional tests. (Cathleen Allison/Las Vegas Review-Journal via AP, Pool)

CARSON CITY — Nevada law would codify medical standards for determining when a patient is brain dead under a bill previously approved by the Assembly and heard Monday by a Senate committee.

“What we’re trying to do here is make it very clear and also update how we do this, from relatively old and, if I might say, antiquated terms to what is current science and technology today,” Assembly Majority Whip Michael Sprinkle, D-Sparks, told members of the Senate Health and Human Services Committee.

Sprinkle is the sponsor of Assembly Bill 424, which stems from the tragic case of Aden Hailu, a 20-year-old Las Vegas woman who attended the University of Nevada, Reno.

Hailu went to Saint Mary’s Hospital in April 2015 with abdominal pain. During exploratory surgery, doctors said she suffered extremely low blood pressure and lack of oxygen to the brain. She never regained consciousness.

A neurologist declared her brain dead in late May, and doctors notified her father they intended to remove her from life support. Hailu’s father sought a restraining order.

Sprinkle said Nevada would be the first state in the nation to codify brain death requirements and protocols if the bill is passed and signed by the governor.

Dan Musgrove, representing Valley Health Systems, said AB424 makes it clear a determination of death is a clinical decision made by a doctor in accordance with guidelines set by the American Academy of Neurology for adults and the Pediatric Section of the Society of Critical Care Medicine for children and infants.

Dr. David Greer, a professor of neurology and neurosurgery at Yale University and the senior author of the current AAN guidelines, spoke in favor of the bill and applauded a provision that would recognize updated standards in the future.

The measure states that consent of family or an authorized representative would not be required to declare someone brain dead.

The bill also would prohibit withdrawal of life-sustaining efforts if the patient is pregnant and the fetus could survive with continued treatment. If the person is an organ donor, organ-sustaining treatment could continue until organs are harvested.

Representatives of organ donation networks asked for an amendment clarifying one section of the bill that says hospitals would have to make “reasonable efforts” to inform families they could be responsible for costs if life-sustaining treatment is continued after a determination of death is made.

“Our families need to understand that once they decide to provide the gift of life, they are not going to be responsible for these charges,” he said.

The committee took no action on the bill Monday.