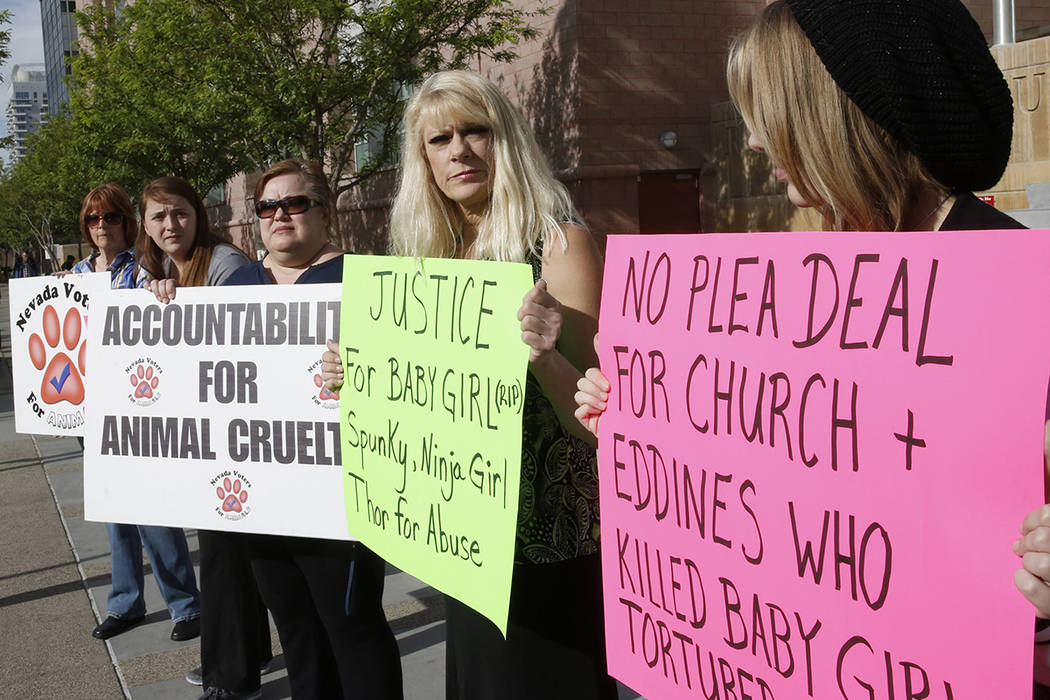 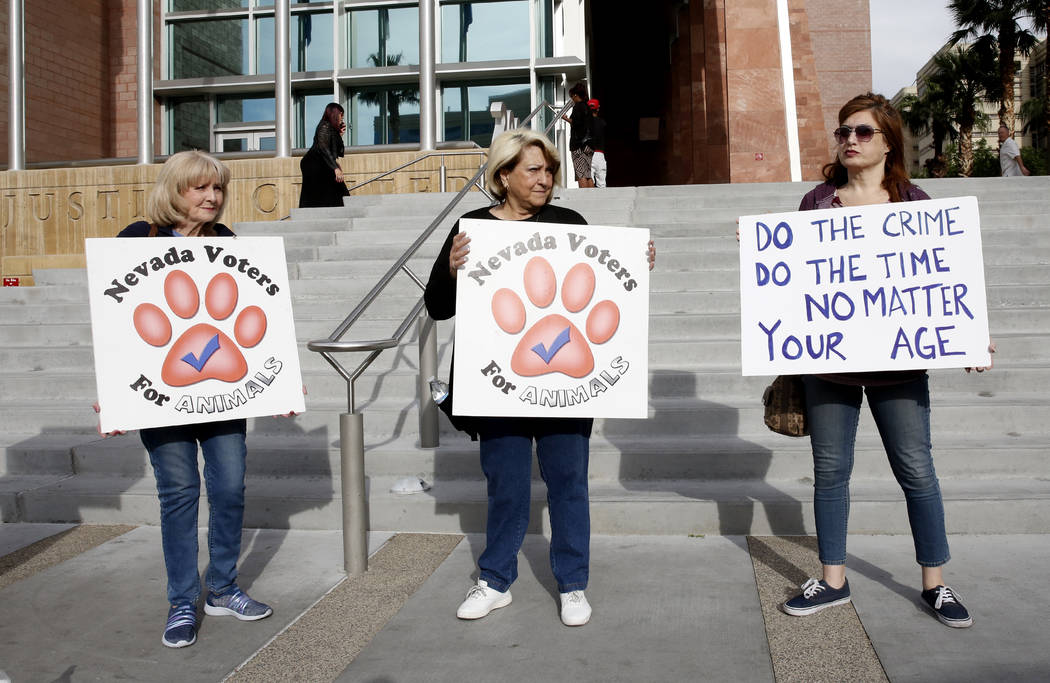 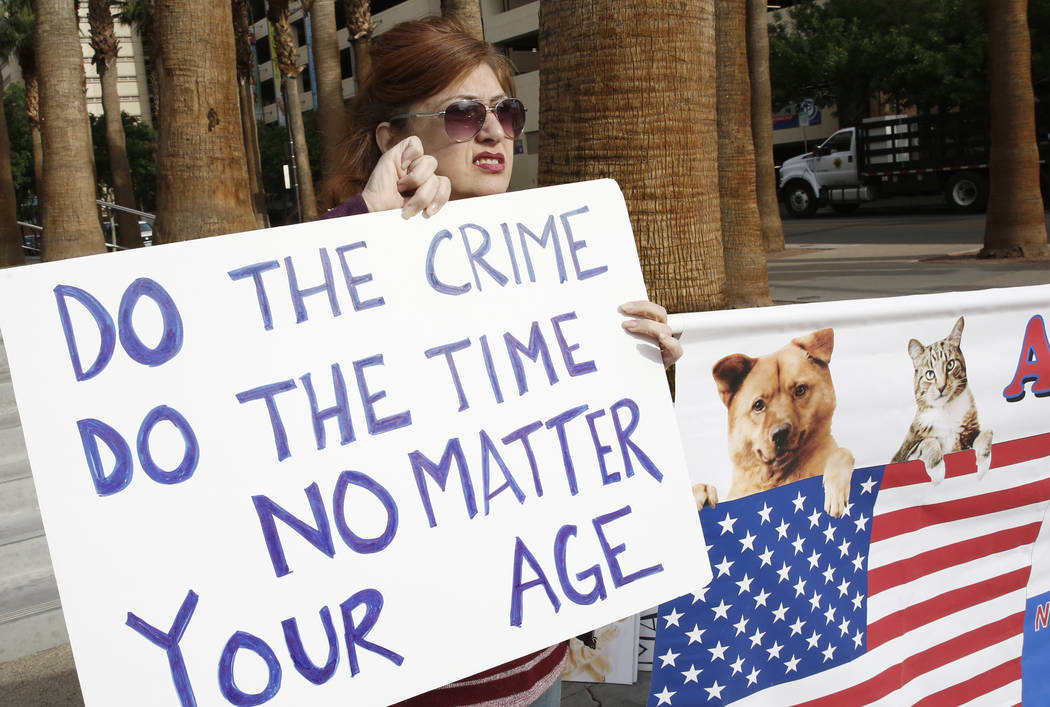 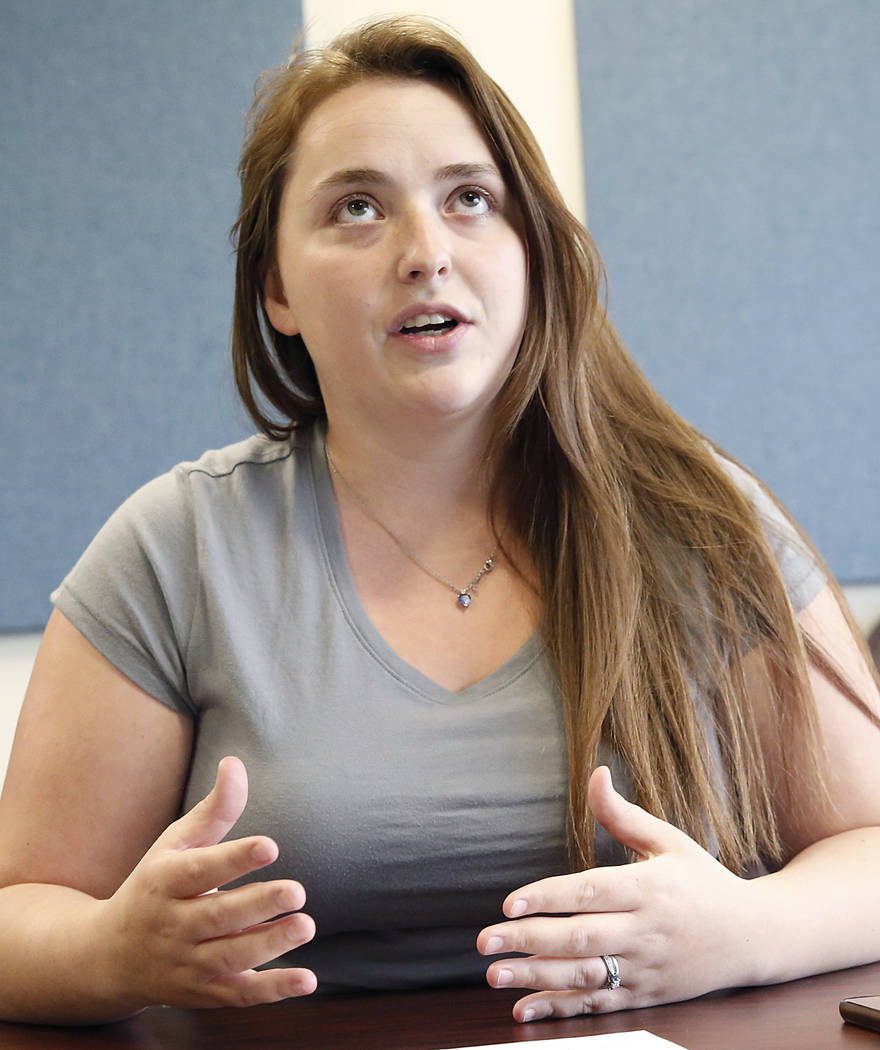 Erika Greisen of Nevada Voters for Animals, testifies in support of Assembly Bill 391, a bill that would make bestiality a crime in Nevada, on Thursday, April 6, 2017, in Las Vegas. Bizuayehu Tesfaye Las Vegas Review-Journal @bizutesfaye 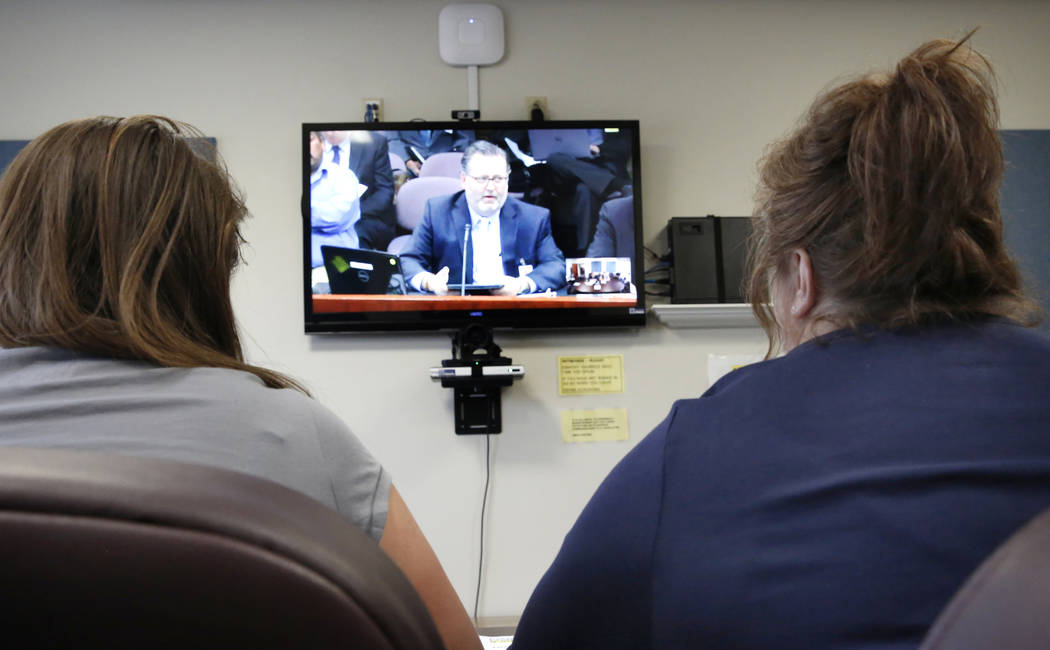 Gina Greisen, right, president of Nevada Voters for Animals, and her daughter Erika watch as lobbyist Warren Hardy testifies from Carson City in support of Assembly Bill 391, a bill that would make bestiality a crime in Nevada, on Thursday, April 6, 2017, in Las Vegas. Bizuayehu Tesfaye Las Vegas Review-Journal @bizutesfaye 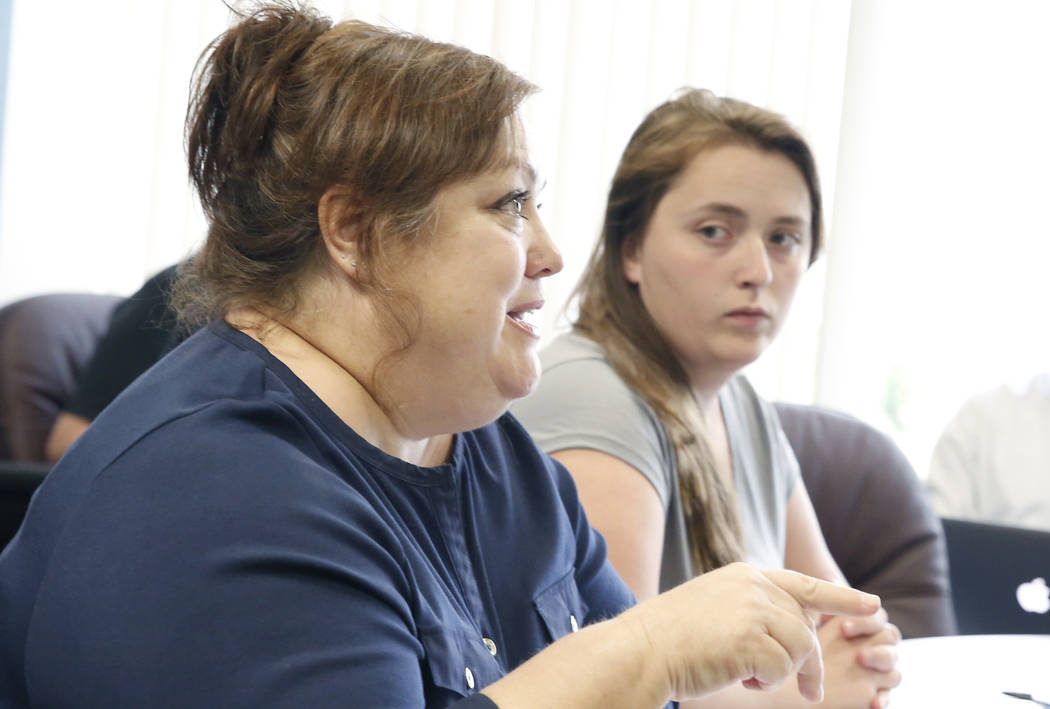 Gina Greisen, left, president of Nevada Voters for Animals, testifies in support of Assembly Bill 391 that would make bestiality a crime in Nevada, as her daughter Erika looks on Thursday, April 6, 2017, in Las Vegas. Bizuayehu Tesfaye Las Vegas Review-Journal @bizutesfaye 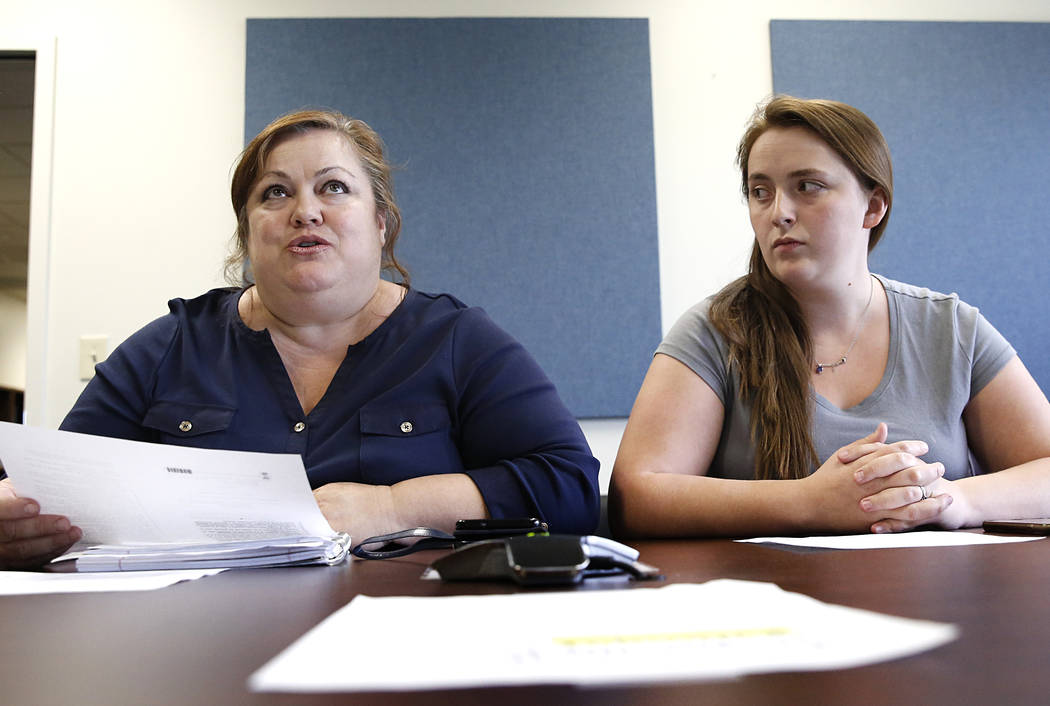 Gina Greisen, left, president of Nevada Voters for Animals, testifies in support of Assembly Bill 391 that would make bestiality a crime in Nevada, as her daughter Erika looks on Thursday, April 6, 2017, in Las Vegas. Bizuayehu Tesfaye Las Vegas Review-Journal @bizutesfaye

CARSON CITY — In the Silver State, no laws forbid carnal relationships with animals.

That could change with Assembly Bill 391, which would make bestiality illegal in Nevada.

The measure heard Thursday in the Assembly Committee on Natural Resources, Agriculture and Mining would make bestiality a gross misdemeanor. That would be upgraded to a class C felony if the animal is seriously injured or killed, or the perpetrator has been convicted of animal cruelty.

Gina Greisen, an animal rights advocate and president of Nevada Voters for Animals, joked that she was starting with a 20-minute PowerPoint presentation.

“Just kidding. We aren’t going to show you any pictures,” she said, speaking from Las Vegas.

Lawmakers and the audience laughed.

Testimony pointed to a trafficking underworld in which purveyors of animals offer up creatures to people for sex. The Humane Society said that Craigslist’s Nevada page has advertisements both offering and seeking animals for sex.

The Humane Society told lawmakers in a letter that a study of more than 44,000 adult male sex offenders found that animal sexual abuse was the top indicator and predictor of whether a person will sexually abuse a minor.

“We know and it’s well-documented that people who hurt animals will likely graduate to hurting people,” Greisen said. “Many of the serial killers that are well-known started harming small animals.”

“This is not an easy topic to discuss,” said Warren Hardy, a Humane Society lobbyist. He praised Carrillo for sponsoring the bill.

“It takes a great deal of courage to bring it forward.”

Nevada is one of a handful of states without any laws against bestiality.

The bill also has language clarifying that veterinarian procedures and animal husbandry are not bestiality.

No one testified in opposition to the bill. The committee did not take action Thursday on the legislation.

5
Nevada’s top races are too close to call, polls say