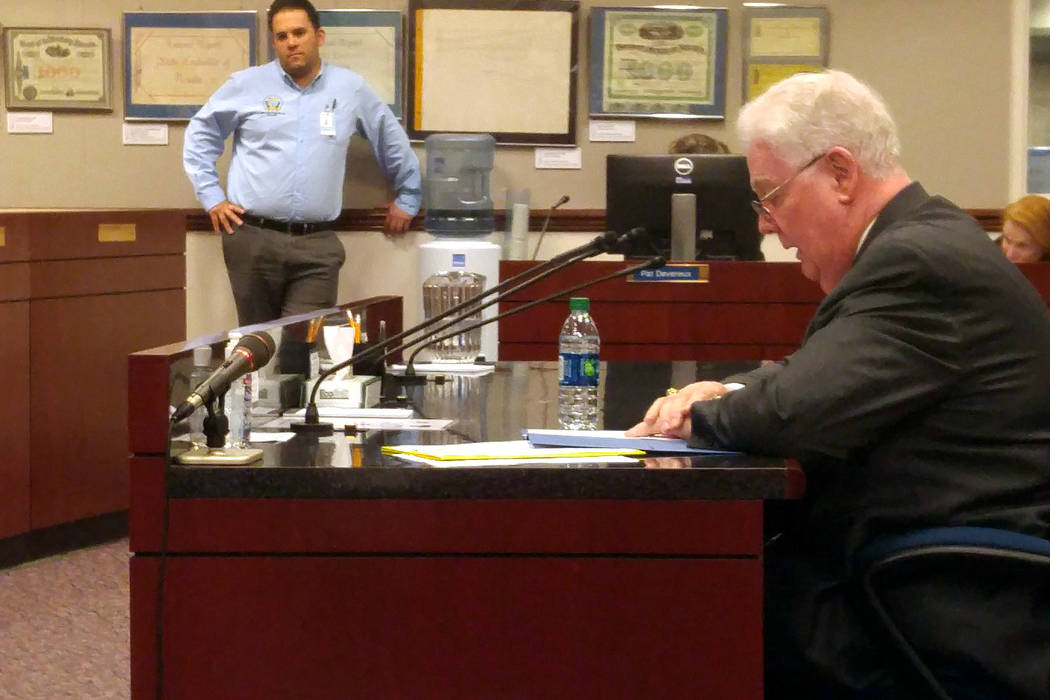 Assemblyman John Hambrick, R-Las Vegas, a sponsor of Assembly Bill 218, talks Tuesday, May 16, 2017, to the Senate Judiciary Committee about the juvenile justice legislation in Carson City. The bill allows judges to reduce sentences for juvenile offenders who are being tried as adults. (Ben Botkin/Las Vegas Review-Journal)

CARSON CITY — Juvenile offenders may get reduced sentences if they’re convicted in the adult court system.

Assembly Bill 218 would allow judges to reduce sentences by up to 35 percent of those convicted as an adult for crimes committed while less than 18 years old. The law allows the court to weigh if the reduction in sentence is warranted, taking into account the offender’s age and chances of a successful rehabilitation.

James Dold, advocacy director with the Campaign for Fair Sentencing of Youth, said the measure comes after a national trend in the late 1980s and early 1990s when criminologists urged lawmakers across the U.S. to pass laws making it easier to transfer children into the adult system.

The goal of the bill is to give judges more flexibility in looking at a juvenile’s situation and case, he said.

John Jones of the Nevada District Attorneys’ Association supported the bill. He said Clark County uses a lot of discretion in determining cases where juveniles are tried in the adult system, adding that only a small number of juvenile cases are serious enough to merit being tried as an adult.

The bill also has the support of the Clark County Public Defender’s Office.

Separately, the committee also heard Assembly Bill 251. The bill allows the State Board of Pardons Commissioners to commute the sentences of offenders convicted of crimes committed while under 18 years old.

Under the bill, the life and death sentences of those offenders can be commuted in a way that allows parole. The bill, which has wide support, is in response to court rulings.

The committee didn’t take action Tuesday on the bills, which have passed the Assembly.