If you are having problems accessing today’s e-Edition, please click on this link VIEW E-EDITION
By Sean Whaley Review-Journal Capital Bureau
May 25, 2017 - 2:28 pm 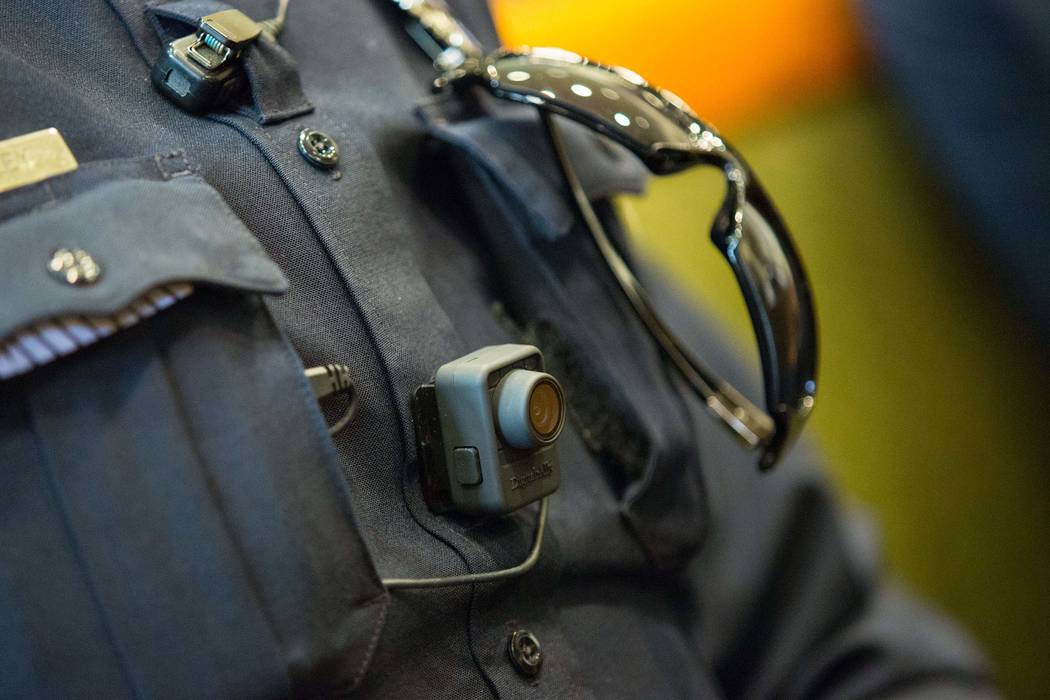 The governor signed 12 bills into law including a statewide broadband modernization effort.

But he also vetoed seven measures, including bills dealing with collective bargaining and the prevailing wage.

The body camera bill, Senate Bill 176, was sponsored by Senate Majority Leader Aaron Ford. It requires police agencies statewide to equip officers who regularly interact with the public with portable recording devices while on duty. It expands a law passed in 2015 that imposed the requirement on the Nevada Highway Patrol.

The bill also authorizes smaller counties to increase the maximum allowable monthly surcharge on telecommunications systems from 25 cents to $1.

The fee is currently used to finance emergency 911 systems. The bill further authorizes those fees to be used for body cameras and police dash cams.

“Bodycams will protect our law enforcement officials and strengthen the relationship with those in the communities in which they serve,” Sandoval said.

“Ensuring broadband connectivity for our rural hospitals, schools and cities is imperative in the new Nevada economy,” Sandoval said. “All Nevada students and families should have access to technology, quality healthcare and information regardless of where they live.”

— Assembly Bill 271, which Sandoval said reverses a bipartisan agreement on collective bargaining from the 2015 session;

— Senate Bill 140, which would allow for the release of older prison inmates. Sandoval said this can already be done by the Department of Corrections;

— Assembly Bill 101, which would expand the use of wildlife funds. Sandoval said the measure does not guarantee improvement in managing wildlife;

— Assembly Bill 364, requiring a study of Southern Nevada roads and traffic. Sandoval said the state Transportation Board already has such authority.