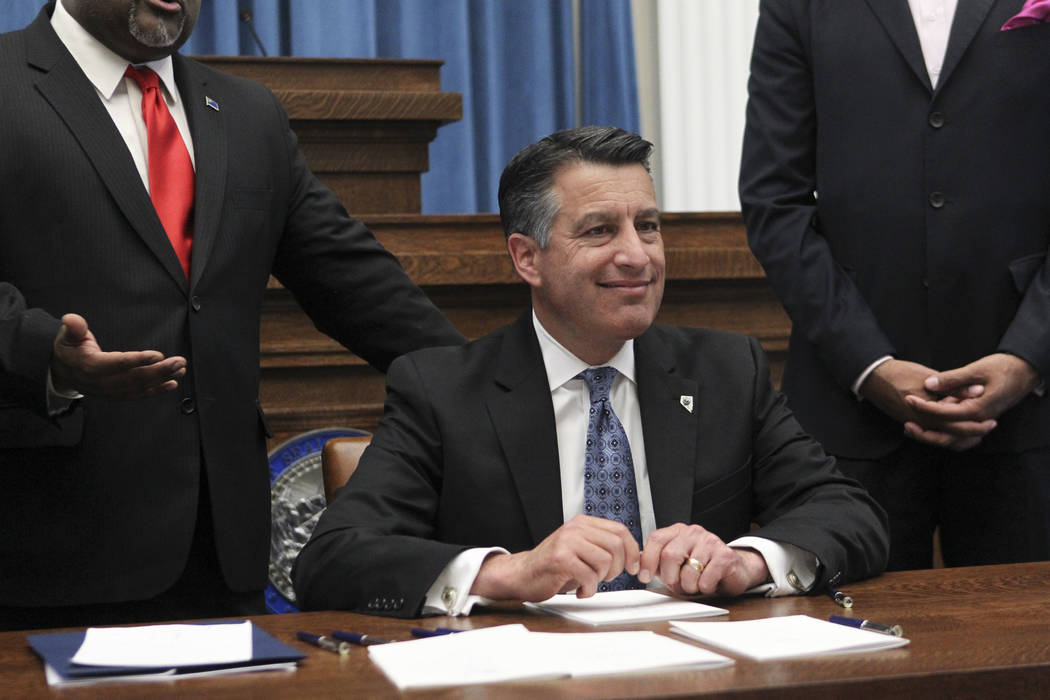 Senate Bill 368 was amended late Monday by lawmakers to increase the pay hikes, which get passed on to other public employee groups as well.

In a tweet, Sandoval said he was proud to invest in the state’s public employees with the additional pay increase.

Sandoval proposed in his budget COLAs of 2 percent per year. Earlier this week, he signed a measure implementing those raises, Assembly Bill 517.

Among the measures signed by Sandoval are:

■ Senate Bill 283, which creates the Vegas Golden Knights specialty license plate for the National Hockey League franchise, which will begin play this fall.

■ Senate Bill 511, which simplifies the application process to purchase a license, tag or permit to hunt, fish or trap.

■ Senate Bill 47, a recommendation from the Governor’s Drought Forum that requires the state engineer to make certain preparations prior to interbasin transfers.

■ Senate Bill 443, which requires the division of aging and disability services to employ sign language interpreters.

Sandoval said AB175 could cause employers to cease offering health insurance. He said the deadlines in AB376 could be unreasonable in some cases.