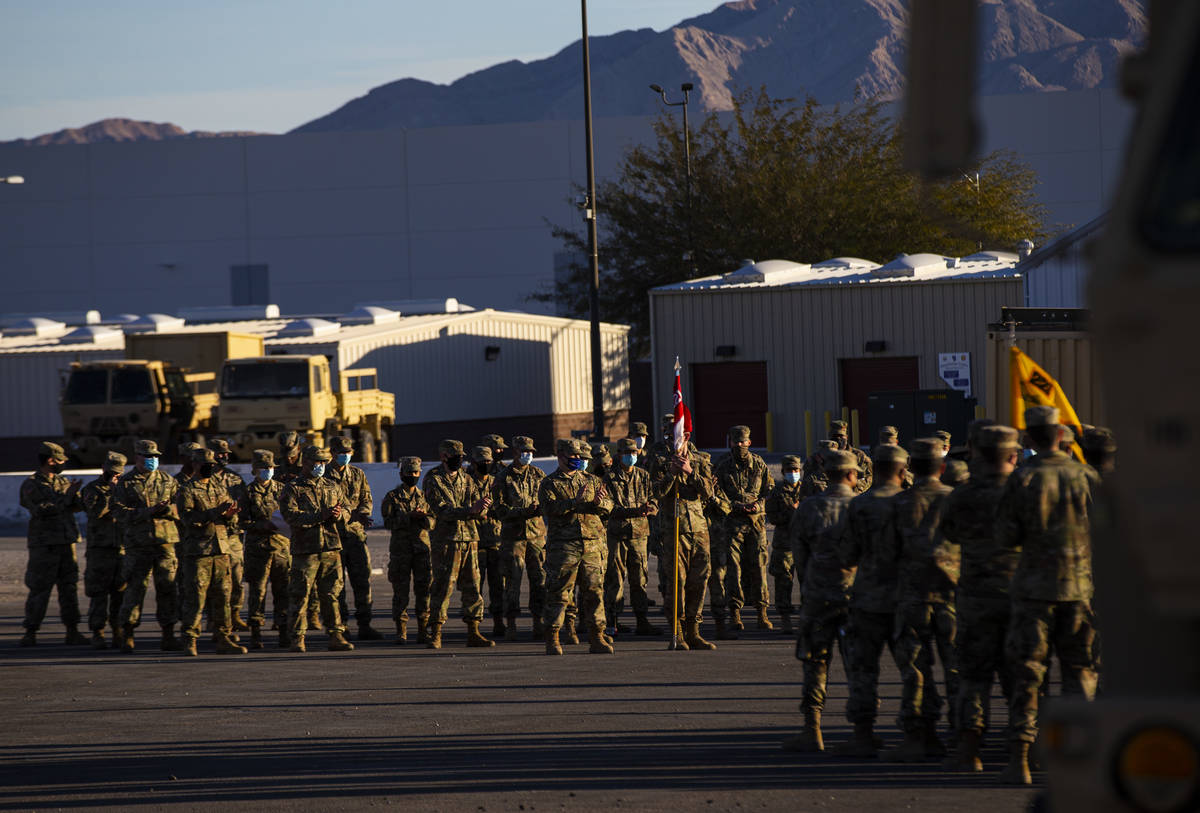 Members of the Nevada Army Guard on Thursday, Jan. 14, 2021, as they prepare to deploy to Washington D.C., ahead of the Jan. 20 inauguration. (Chase Stevens/Las Vegas Review-Journal) @csstevensphoto 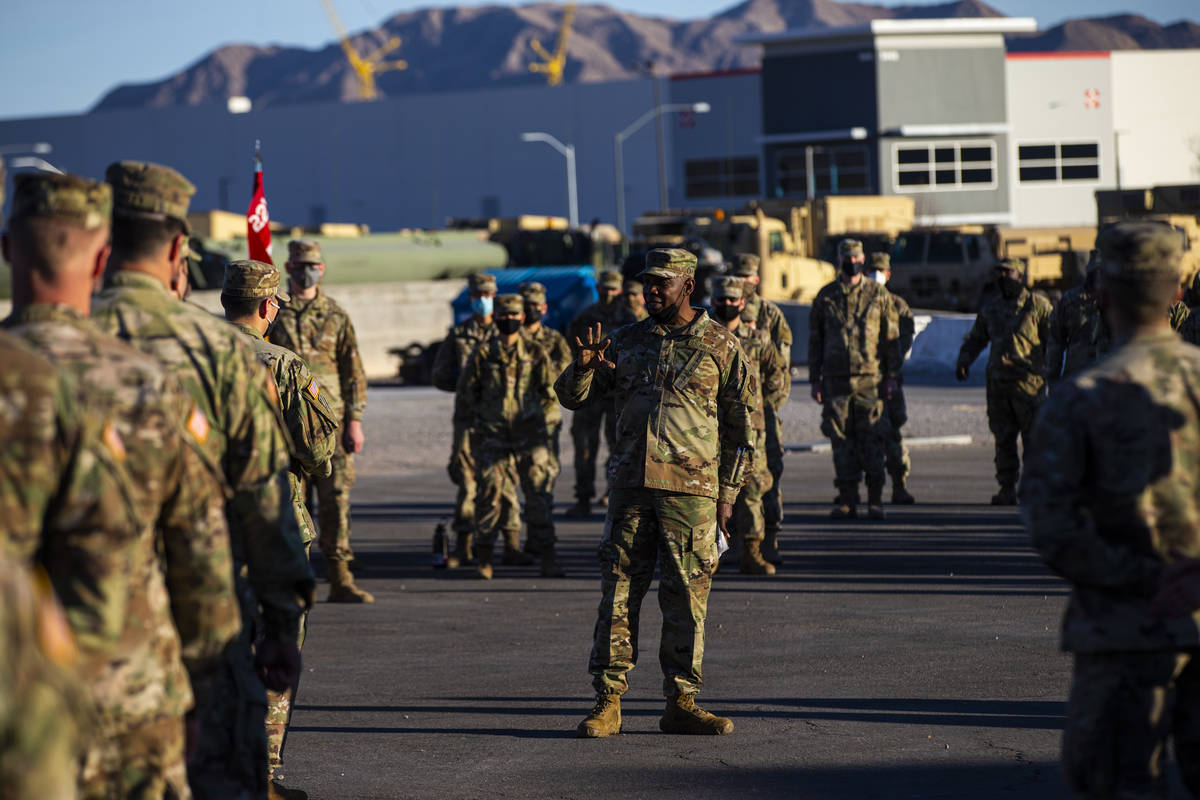 Maj. Gen. Ondra Berry addresses members of the Nevada Army Guard on Thursday, Jan. 14, 2021, as they prepare to deploy to Washington, D.C., ahead of the Jan. 20 inauguration. (Chase Stevens/Las Vegas Review-Journal) @csstevensphoto 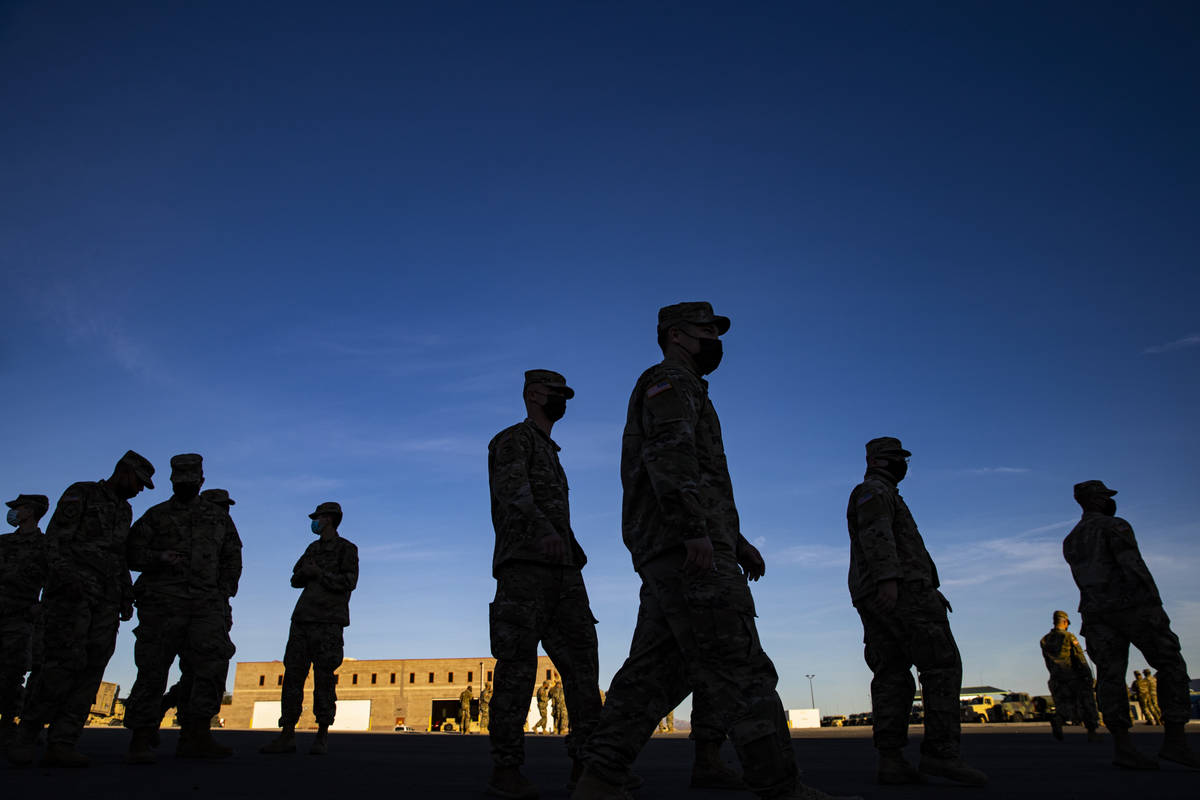 Members of the Nevada Army Guard prepare on Thursday, Jan. 14, 2021, to deploy to Washington, D.C., ahead of the Jan. 20 inauguration. (Chase Stevens/Las Vegas Review-Journal) @csstevensphoto

The car crash had no connection to political disruptions in the nation’s capital, but quick action by the Nevada Guard perhaps saved a woman’s life.

The soldiers where in Tysons, Va., and parked along the road when they witnessed a car traveling at a high-rate of speed hit a cement wall, Air Force National Guard Lt. Col. Mikol Kirschenbaum confirmed.

Gurule, a Las Vegas Metropolitan Police officer with emergency medical training, pulled the windshield off the car, found a pulse and helped the victim start breathing.

“She looked deceased, but gulped a huge gasp of air when her airway was opened,” said Gurule, the commander of the cavalry support company. “She was alive, thank God.”

The woman was taken to a local hospital where she was treated for broken ankles and a broken femur, the Nevada Guard reported.

Gurule, of Boulder City, was singled out in 2017 by President Trump for her evacuation of victims during the Route 91 mass shooting in Las Vegas.

About 250 Nevada National Guard soldiers and airmen are in the nation’s capital as part of a 25,000-member force to protect inaugural events from violent acts like the storming of the Capitol on Jan. 6.