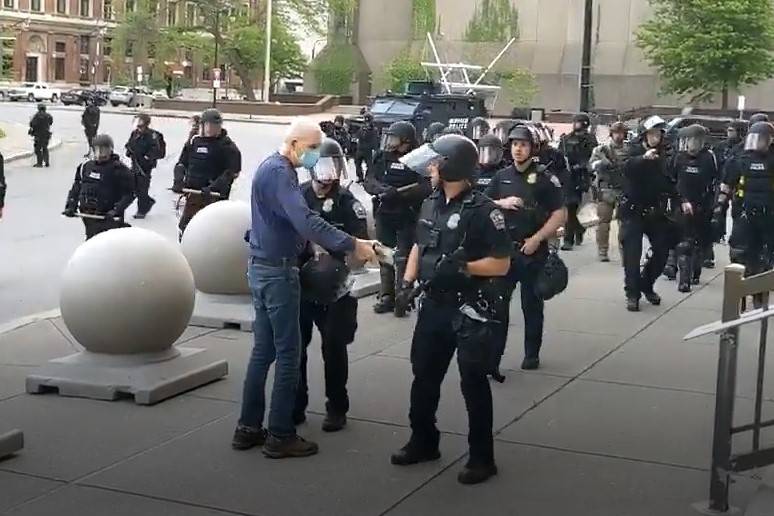 BUFFALO, N.Y. — A police commissioner has suspended two officers following video that shows a Buffalo officer appearing to shove a man who walked up to police.

Video from WBFO shows the man appearing to hit his head on the pavement, with blood leaking out as officers walk past to clear Niagara Square on Thursday night.

Just about an hour ago, police officers shove man in Niagara Square to the ground (WARNING: Graphic). Video from: @MikeDesmondWBFO pic.twitter.com/JBKQLvzfET