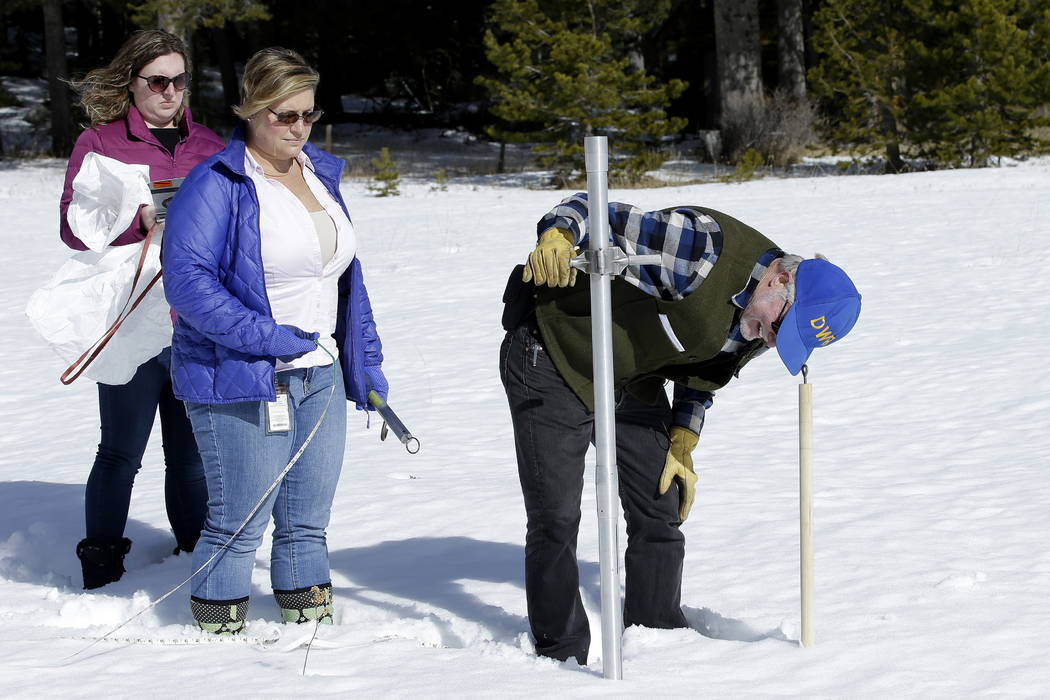 Frank Gehrke, right, chief of the California Cooperative Snow Surveys Program, for the Department of Water Resources, checks the snowpack depth as Courtney Obergfell, left, and Michelle Mead, center, both of the National Weather Service, look on during the second snow survey of the season Thursday, Feb. 1, 2018, near Echo Summit, Calif. T(AP Photo/Rich Pedroncelli) 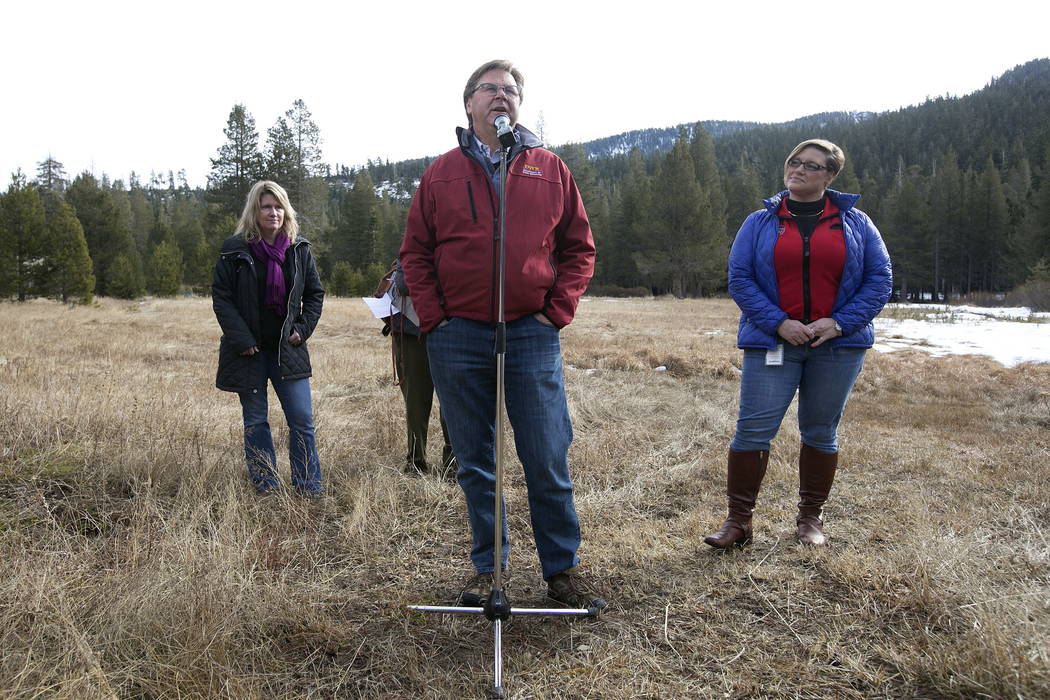 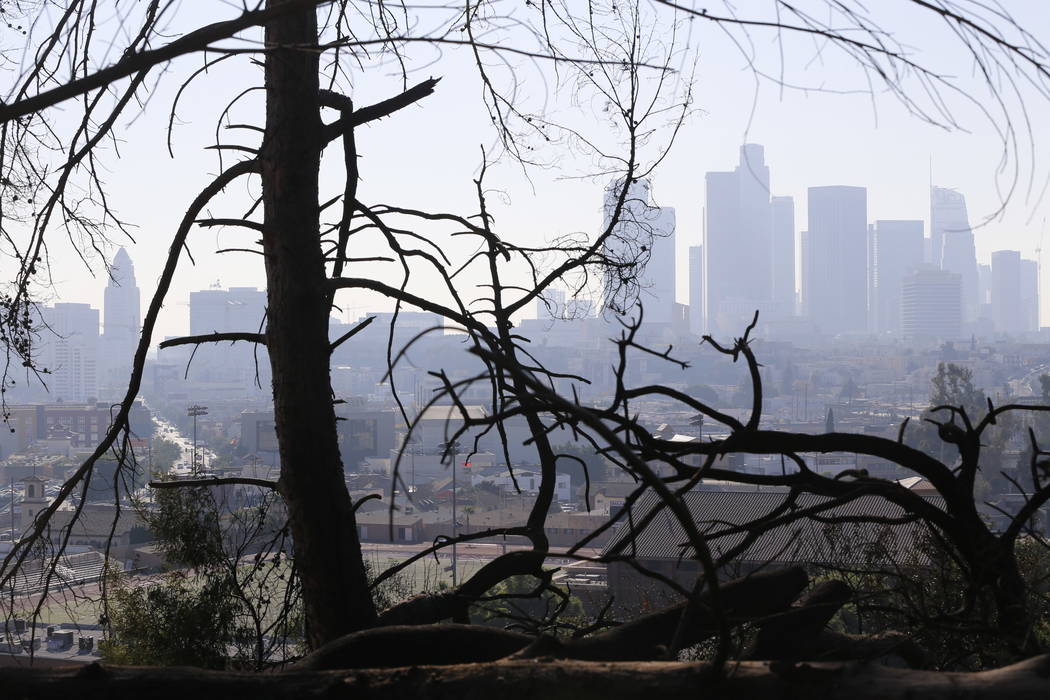 Los Angeles skyline is seen through burned trees after a brush fire erupted in the hills in Elysian Park in Los Angeles. (AP Photo/Damian Dovarganes, File)

PHILLIPS STATION, Calif. — California’s brief escape from severe drought has ended after scientists declared more than 40 percent of the state in moderate drought and water officials confirmed lower-than-normal snowpack in the Sierra Nevada.

Los Angeles, Ventura and Santa Barbara counties, which hold nearly a quarter of the state’s population, were rated in severe drought.

During a week of rainless skies and some record-high temperatures in Southern California, water officials also trekked into the Sierra Nevada on Thursday and manually measured the vital snowpack, which stood at less than a third of normal for the date.

“It’s not nearly where we’d like to be,” Frank Gehrke, a state official, said of the snow, which supplies water to millions of Californians in a good, wet year.

Los Angeles and some surrounding areas have received only one significant rainstorm in nearly a year.

In Ventura and Santa Barbara counties, which are about 100 miles north of Los Angeles, the lack of rain and dry vegetation fueled a December wildfire that grew to be the largest recorded in state history. When it finally rained, the storm triggered mudslides that killed at least 21.

For people who survived the mudslides, looking out at clear and sunny skies again Thursday was a relief despite the deepening drought.

“I know we need rain, but another mudslide would be awful,” said Santa Barbara restaurant hostess Cayla Stretz.

Survivors in her area are still digging out homes, many beaches and roads are closed by mud, and business is down in the beach town, Stretz said.

Gov. Jerry Brown lifted California’s drought state of emergency in April, but it took until September for the last bit of the state to emerge from the severe category of that drought — until now.

Only 13 percent of the state was considered in drought last week, according to the U.S. Drought Monitor, which is a project of several government agencies and their partners.

During the peak of the state’s dry spell, 99.9 percent of California was in some stage of drought and nearly half fell into the very highest category.

Cutbacks at the peak of the five-year state drought mandated 25 percent conservation by cities and towns.

State water officials announced no new water-cutting measures Thursday, saying only that conservation had to be a way of life in arid California.

The years of disappointing winters and competition for remaining water supplies devastated native species ranging from Chinook salmon to pine forests, dried many household wells in the state’s middle, and compelled farmers to plunge other wells deep into the earth in search of irrigation water.

In California’s Central Valley, the nation’s richest agricultural producer, government officials had to install water systems during and after the five-year drought for small towns such as East Porterville, after household wells dried.

Even so, deliveries of bottled water continued this week to people outside East Porterville’s city limits, said resident Elva Beltran, one of many volunteers who helped neighbors without water.

For many in rural central California, “It never ended,” she said of the drought.